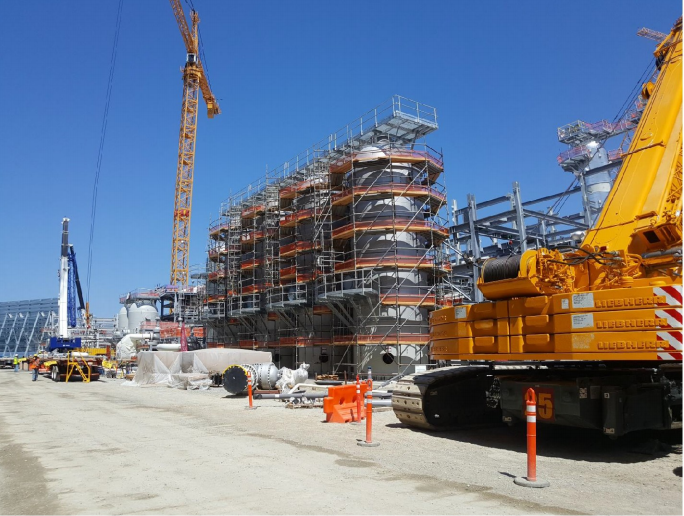 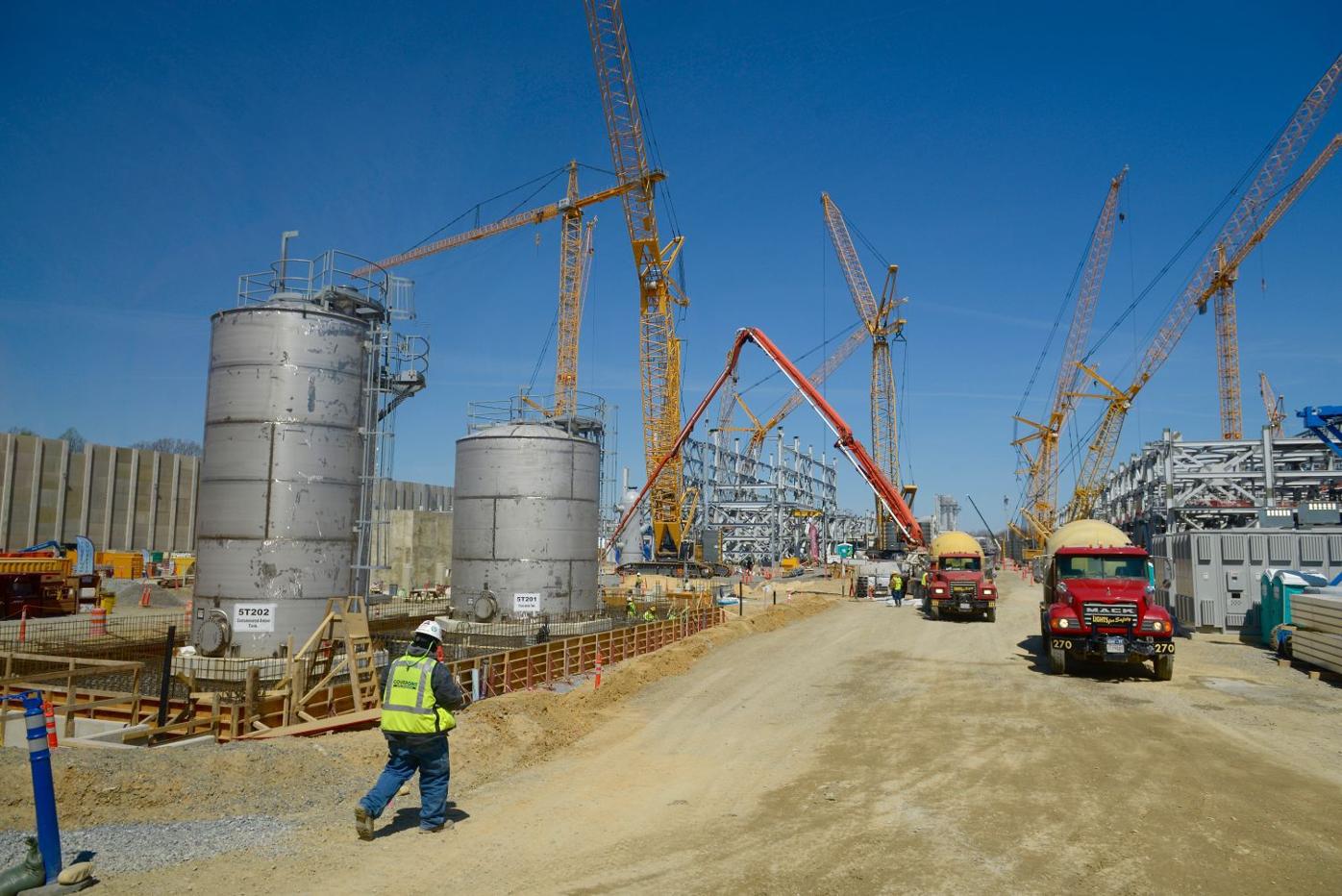 The Cove Point LNG expansion project involves 53 cranes, some of them towering to 300 feet. 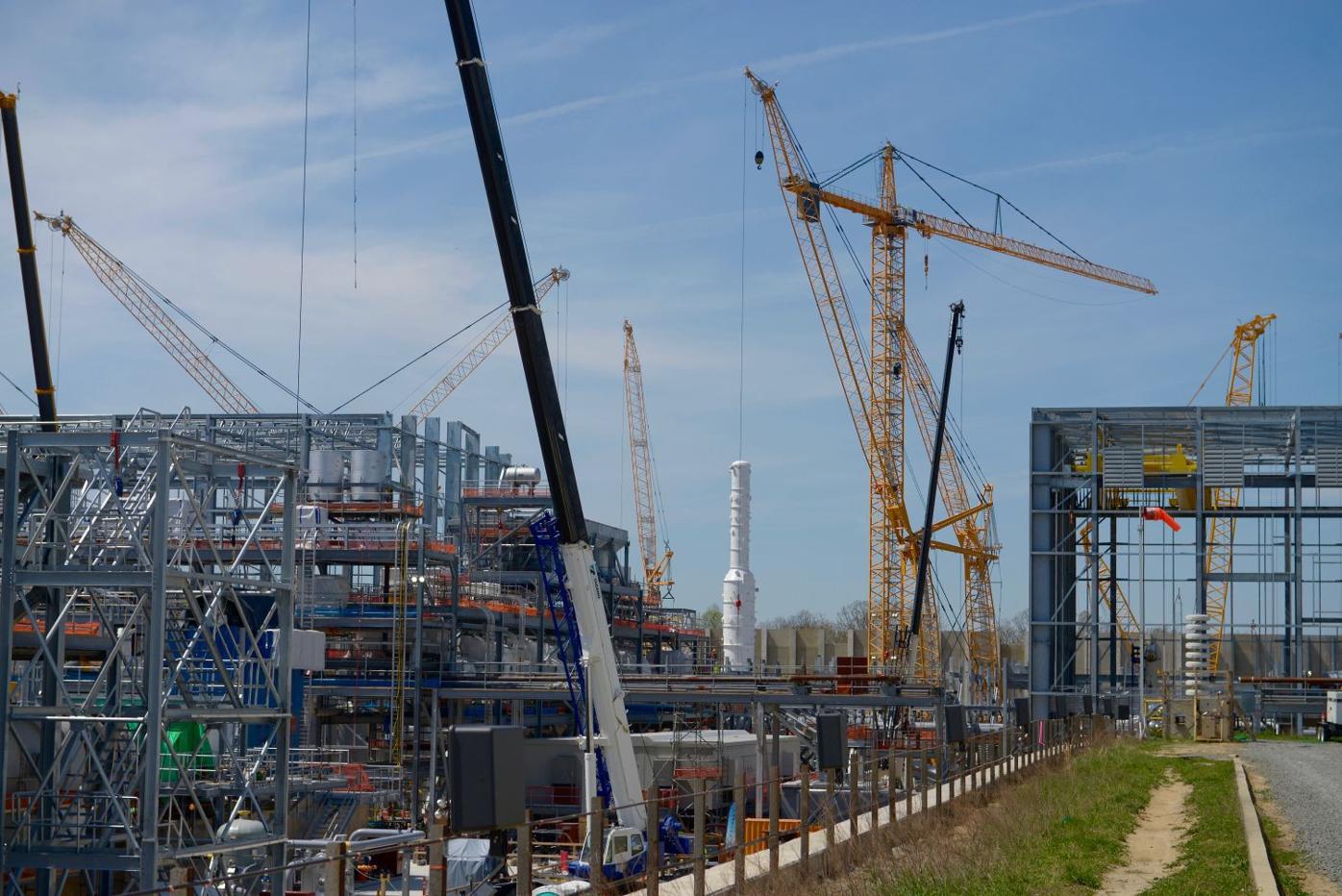 Cranes, some 300 feet tall, tower over the maze of steel and pipe that’s being erected at the 54-acre Cove Point LNG site.

The Cove Point LNG expansion project involves 53 cranes, some of them towering to 300 feet.

Cranes, some 300 feet tall, tower over the maze of steel and pipe that’s being erected at the 54-acre Cove Point LNG site.

The fourth and most recent incident occurred Nov. 20, after The Calvert Recorder reported the offering of a $100,000 reward by a trade union for any information leading to the identification of the person, or persons, responsible for hanging a noose, with very limited details offered earlier in November.

According to the report, last week Deputy Vincent O’Donnell took the information from Danielle Kensinger on behalf of Kiewit, in her official capacity as the director of human resources. Kensinger, who according to the sheriff’s office did not personally witness the events, reported that on April 16, a hand-tied noose was allegedly tied into one of the ropes on site and was hung in the air from a piece of scaffolding, according to the document. Kensinger did not respond to the Recorder by press deadline.

Per O’Donnell’s report, Kensinger alleged three more hand-tied nooses were found hung on the site, tied in different locations on three different occasions. The second noose was found four days after the first incident on April 20. A third noose was discovered Nov. 2. According to the summary, Kensinger stated all of the nooses were immediately taken down and untied, except for the most recent. The hand-tied noose was taken down and provided to the deputy. The sheriff’s office photographed it, sealed it and placed it into evidence, according to the report.

In the months between April and November, Kiewit hired private investigator Jesse Coleman to investigate the incident, but had “negative results,” according to the report. Coleman declined comment to the Recorder. The report also revealed that an employee, who was interviewed by Coleman, stated that they were offended regarding the incident. The employee, who acknowledged seeing one of the nooses, declined comment to the Recorder for fear of losing their job.

O’Donnell’s report revealed Kensinger expressed that “Kiewit wants to do anything possible to prevent this from happening again so they now feel the police need to be involved,” after the fourth noose incident.

“With the nature of the incident, Kiewit decided to get a third party involved,” said Capt. Steve Jones of the sheriff’s office. Jones previously reported that Kiewit was trying to determine if what occurred was indeed a hate crime.

Jones said the sheriff’s office’s investigation is now underway, which commenced with a meeting at Dominion Cove Point with higher-ups from Kiewit on Wednesday. Dominion was not present at the meeting according to Jones because it is believed at this time that Dominion employees are not involved. While this is not a formal complaint, Jones said the Criminal Investigations Bureau of the sheriff’s office will conduct an investigation and encourages anyone with information to contact Dfc. DeFelice, the assigned investigator, at 410-535-2800 or defelinb@co.cal.md.us.

Jones is hopeful employees with information will come forward. “Without a witness, we do not have a case,” expressed Jones, later adding that no complainant has been identified.

The effort to interview employees may be daunting. In a presentation to the Board of County Commissioners in September, Dominion reported the plant construction workforce in place now includes a staff of 550, plus 475 sub-contractors and 1,450 direct hire craft or union construction workers.

The noose incidents began to come to light when a letter from the president of the North America’s Building Trades Union offering the reward and condemning the acts was leaked to the press in mid-November. At the time, there were little details and Dominion and Kiewit declined to comment. In light of the new information and the information filed with the sheriff’s office, each organization has recently released a statement to the Recorder.

“We are disgusted by these acts and we will not tolerate them. We are doing everything we can to assist Kiewit and the Calvert County Sheriff’s Department in their effort to track down the perpetrator,” Karl Neddenien, media and community relations manager for Dominion Cove Point, said in an emailed statement to the Recorder.

“We have continued to work closely with our employees, client, union partners, local law enforcement and a former FBI agent to investigate and help prevent this unacceptable behavior. We have made a report to the Calvert County Sheriff’s Office and we are appreciative of their involvement and are fully cooperating. Nothing less than the safest work environment for anyone working on this job site is acceptable,” said Angela Nemeth, Kiewit’s manager of public information and media relations, also in an emailed statement to the Recorder.

The Calvert County chapter of the NAACP received multiple inquiries regarding the noose incident after the Recorder’s initial article Nov. 15. Some of the comments were critical of the organization and law enforcement for not being more aggressive.

“The NAACP has done follow-up, but hasn’t gotten information regarding the event,” said Michael Kent, interim president, in an interview. “We sought more information and couldn’t get it.” Kent said the union referred him to Dominion and Kiewit.

Kent expressed concern over Kiewit’s decision to do its own investigation. “They don’t have the ability to make that determination. A prosecutor has to determine whether or not it was a hate crime,” he said, adding that in order to determine if an incident is a hate crime, investigators “have to know who did it and their motive before rendering a decision.”

Both Kent and longtime chapter president Joyce Freeland said their organization is here to help, and pride themselves on working with various entities in the community, instead of criticizing, trying to find a solution to racially charged incidents. Understanding that it may be difficult for someone to come forward, the group encourages any employee or contractor who has any information regarding the incident to call the NAACP at 410-474-9420. For those who fear the loss of their job, they may invoke whistle blower protection, if indeed that was to happen.

Maryland Attorney General Brian E. Frosh recently launched a hotline at 1-866-481-8361 for citizens to report hate crimes in Maryland. However, Frosh urged anyone who believes they have been a victim of unlawful harassment and intimidation to notify local law enforcement first.