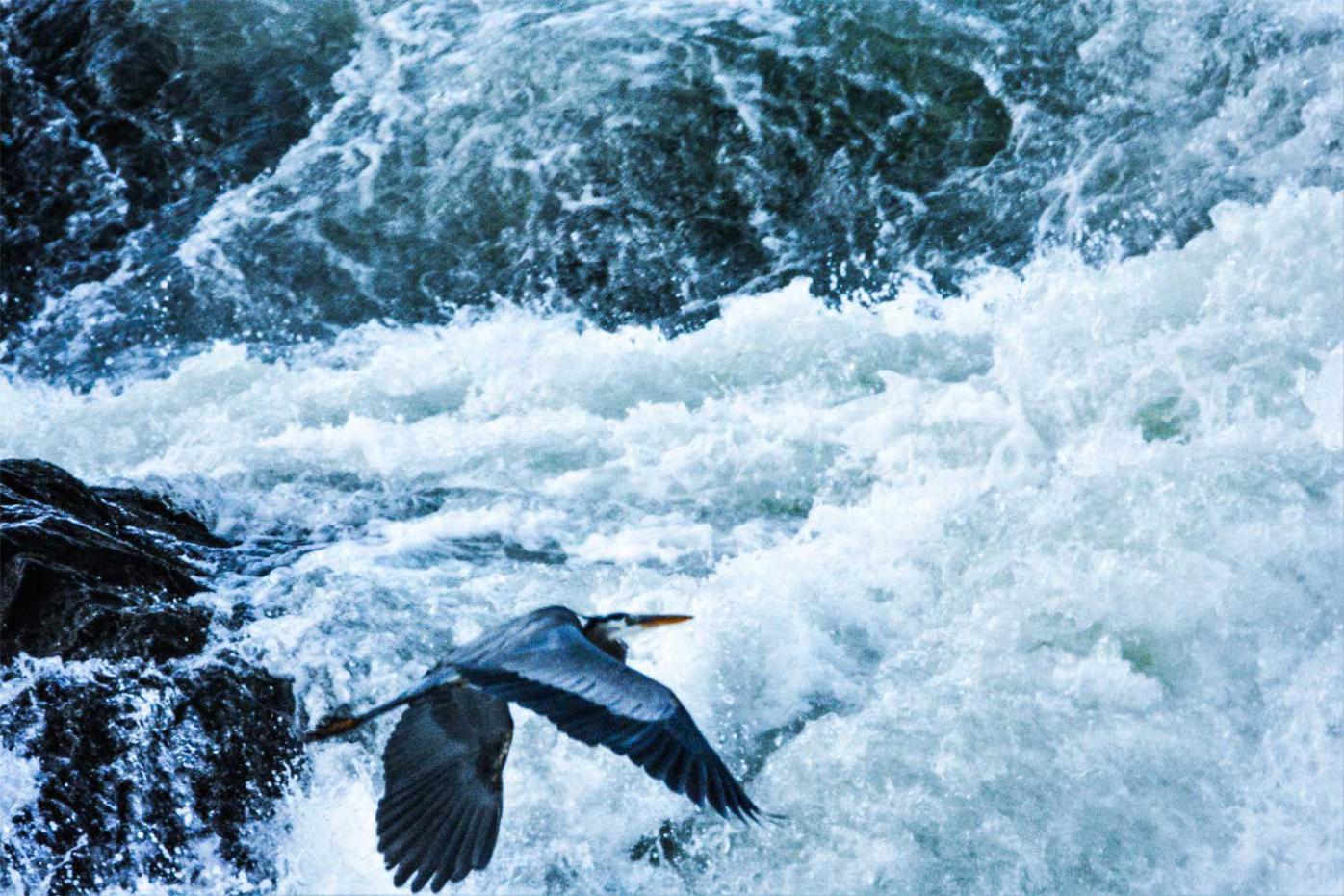 Blue Heron Flight is part of a selected series by photographer Addison Likins. 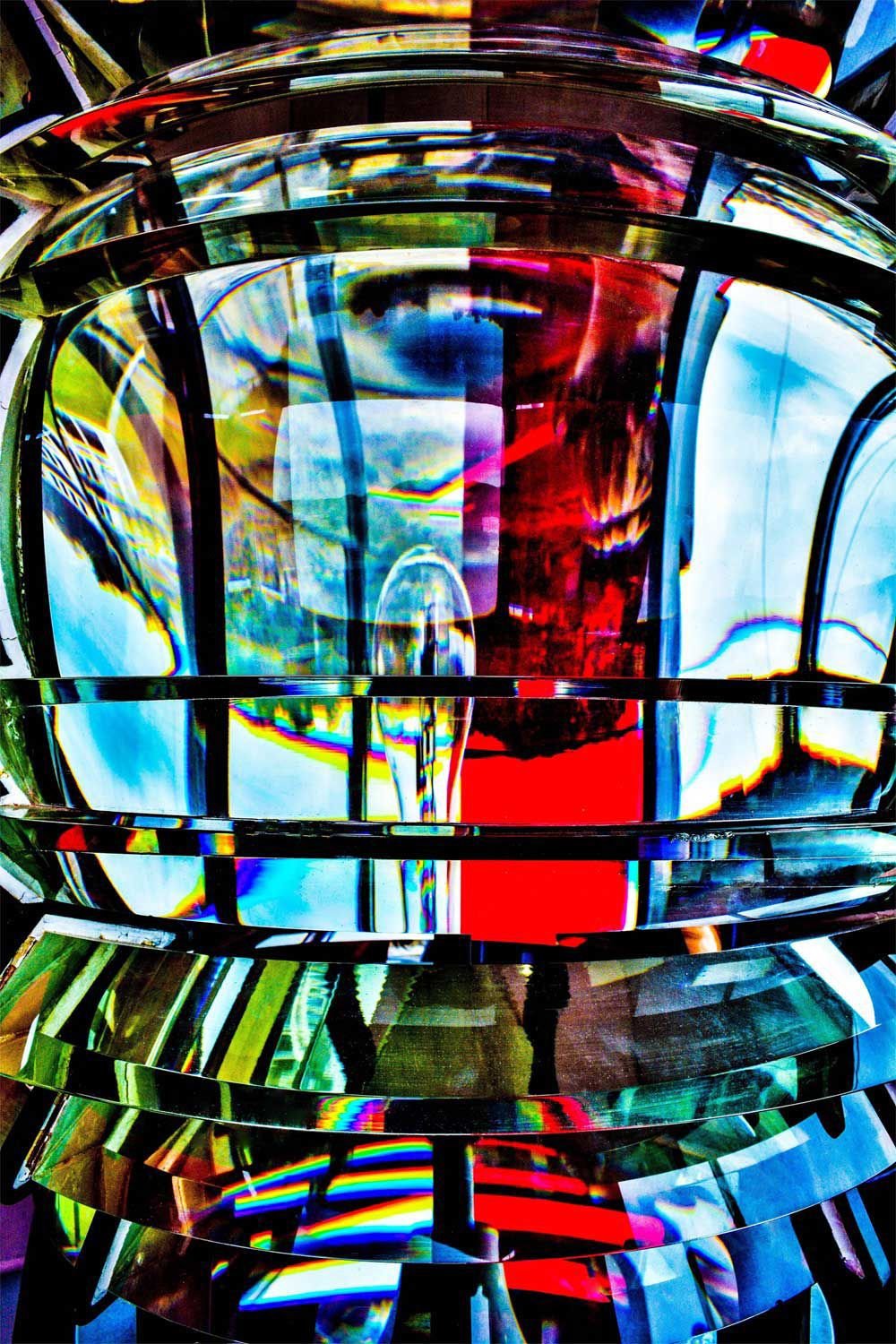 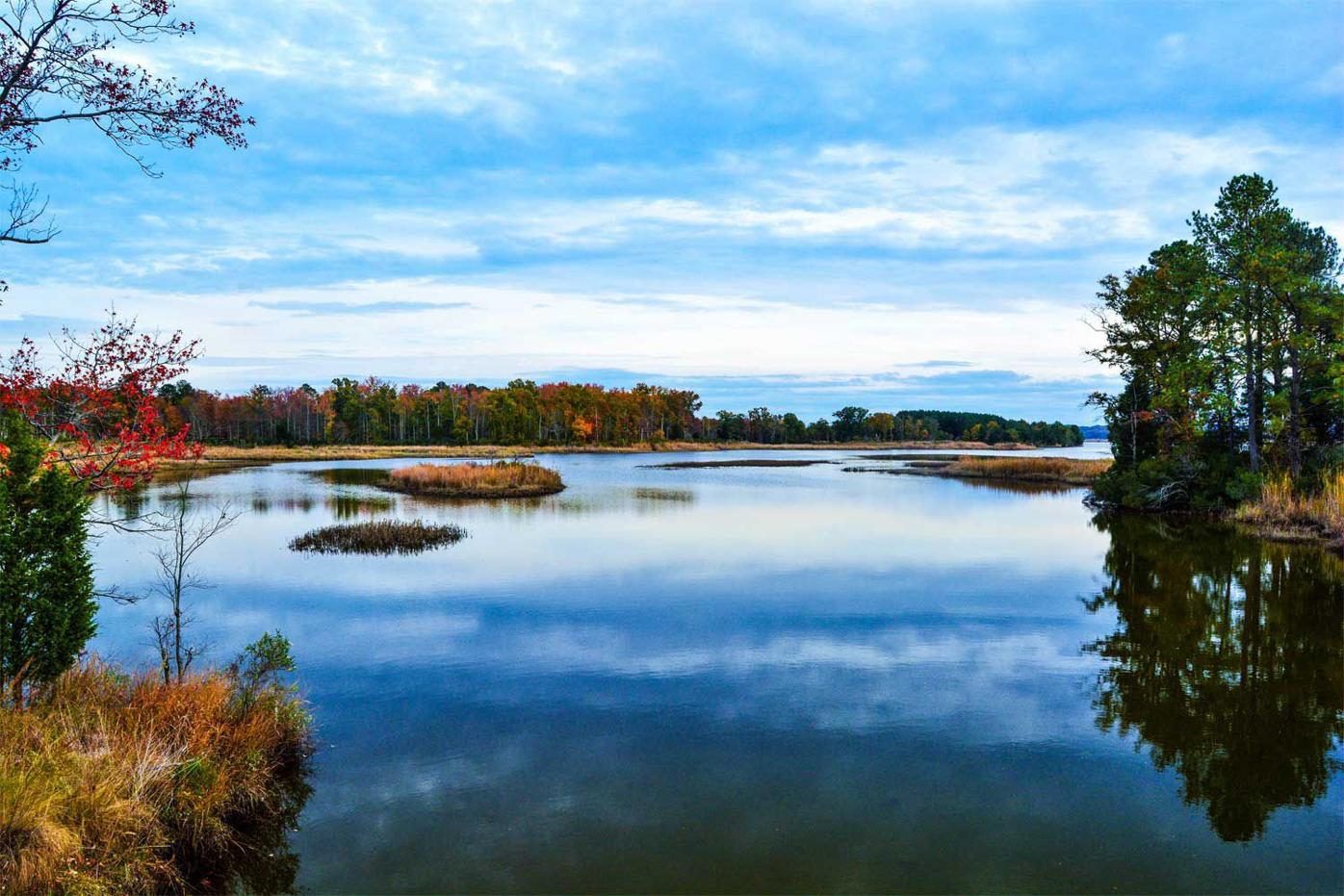 Wicomico River is part of a selected series by photographer Addison Likins.

Blue Heron Flight is part of a selected series by photographer Addison Likins.

Wicomico River is part of a selected series by photographer Addison Likins.

Quality Printers and the Southern Maryland Artists’ Collective are teaming up for a series of artists showcases this year.

The White Plains print shop transforms the front of its shop into the Southern MD Creative Cultural Center to host various arts and entertainment events for the community’s enrichment, according to a news release. The first event this year is “Visions of Maryland,” the selected works of Charles County artist Addison Likins, a longtime photographer. The free event is 7 to 9 p.m. Saturday, Jan. 14.

Likins is a graduate of James Madison University who has been a professional and amateur photographer for almost 50 years, according to the release. During the past two years he has explored southern and eastern Maryland and presented his visual results in a number of venues, including numerous calendars and magazines.

He is currently showing work at the Lowe House of Delegates and the Circle Gallery in Annapolis, Annmarie Sculpture Garden and Art Center in Dowell, Community Bank of the Chesapeake in Waldorf and La Plata, The Waldorf Library and the Charlotte Hall Veterans Home.

Quality Printers is located at 10485 Theodore Green Blvd. in White Plains. The free event is open to the public and light refreshments will be served.

The College of Southern Maryland is holding a free information session on the new drone course from 6 to 7:30 p.m. Tuesday, Jan. 10, at the La Plata Campus

Details of the groundbreaking “Introduction to Small Unmanned Aircraft System (sUAS)” (AVN-5000) course will be discussed. The two-week, 18-hour CSM course is designed to instruct both hobbyists and professionals on how to fly drones safely and legally, prepare for the FAA certification test and learn about the broad range of industry applications.

Students will come away from the course with their own drone and the necessary software. The first course will be offered at the La Plata Campus beginning Jan. 31. A future offering is being scheduled at the Leonardtown Campus later in the spring.

The free information session to learn more about the course will be at the La Plata campus’s Center for Business and Industry (BI Building), Room 113E, 8730 Mitchell Road in La Plata. To register for the course, go to www.csmd.edu/drones, email conedops@csmd.edu or call 301-539-4760.

The Southern Maryland Chapter of SCORE is launching a new series of workshops slated for Saturday mornings and designed to be more accessible for established business owners and operators.

The initial four sessions focus on the role of technology for today’s businesses and how social media and e-mail marketing can be effectively used to grow one’s business, according to a news release. The first workshop, Digital Marketing Trends, is scheduled for 9:30 to 11:30 a.m. Saturday, Jan. 14. Subsequent sessions are set for Feb. 11 (Grow Your Business with Email & Social Media), March 18 (Drive New Business with Social Media) and April 8 (The Power of the Inbox to Grow Your Business). All sessions are at the Anne Arundel Chamber of Commerce, 134 Holiday Court, Suite 316, Annapolis, from 9:30 to 11:30 a.m.

For registration, go to www.SCORE390.org/workshops.

The College of Southern Maryland was honored this month by Victory Media as a Gold award winner for its programs and support for the nation’s veterans and their families.

Last month, CSM was awarded the 2017 Military Friendly School designation from Victory Media, a designation that CSM has earned now for three consecutive years, according to a news release. CSM is one of the largest providers of educational services for current and former service members and their families in Maryland. Military and veteran students represent 10 percent of the school’s total enrollment.

For information on CSM’s Veteran and Military Support Services, go to www.csmd.edu/student-services/veteran-military-support-services/.

“I’m honored to join the board of Leadership Southern Maryland,” Plymire said, “and to have been asked to chair the programs committee. I believe deeply in the power of this leadership program to engage graduates in the challenges and opportunities of identifying, celebrating and improving the quality of life in our Southern Maryland communities.”

Plymire has been a resident of Calvert County since July of 2013. She came to Southern Maryland to become the director of Calvert Library. She brings an enthusiasm for community building and a commitment to exceptional customer service at the library’s four locations.

Prior to working for Calvert Library, Plymire worked at Washington County Free Library and Western Maryland Regional Libraries in Hagerstown. She was the technical services supervisor and guided the library’s migration to a new software system.

Plymire earned her master’s in library and information sciences from Drexel University. Her undergraduate degree was at St. John’s College.

Plymire has been involved in the Maryland Library Association and has served as president of the leadership development division, silent auction chair, conference director, vice president and president elect, president and the highly coveted post of past-president. She is also serving a three-year term on the Public Library Association’s legislation and advocacy committee. She is a graduate of the Maryland Library Leadership Institute and Leadership Washington County where she also served on the board and as board secretary.

Prior to 1862, the U.S. Navy would provide a ration of rum to the sailors onboard as part of their weekly pay. On Dec. 15, a St. Mary’s distiller put some rum back on board the USS Constellation in Baltimore.

“Not since then have barrels of rum been loaded on a navy ship,” said Scott Sanders, a retired Navy admiral and part-owner of Tobacco Barn Distillery, in a news release. The rum and whiskey maker began operations this year, producing a rum for the commissioning of one of the Navy’s newest ships, the USS Zumwalt, back in October.

Tobacco Barn, the Maryland Distillers Guild and Domino Sugar, in partnership with Historic Ships in Baltimore, conducted a “load out” of two 53-gallon barrels of rum for aging aboard the Constellation at an event on Thursday, Dec. 15, beginning at 9:30 am. In true 1850s style, the distillery staff, with Historic Ships, loaded the barrels using old-fashioned ropes, pulleys, wooden blocks and winches to hoist the barrels onto the ship where they were lowered into the ship’s hold for aging over the next few months, according to the release.

“What is so unique is that we are making this product highlighting Maryland-based businesses and entities and allowing the rum to age in a natural way, that is to say, allowing the gentle rocking of the ship to help the taste profile of the rum,” Sanders said. “Maryland once had an amazing history of distilling quality spirits and we’re glad to be a part of that renaissance today.”

“The trend to grow and produce products locally is on the forefront of tourism, agriculture and manufacturing as we move into 2017,” said Kevin Atticks, executive director of the Maryland Distillers Guild. “This unusual pairing highlights how businesses and organizations can come together to literally ‘make history’ and provide avenues for increased revenues and awareness.”

Tobacco Barn Distillery is one of the state’s few distilleries and is located on a working farm in Hollywood, Md. The company uses time-honored distilling methods and local grains to achieve its traditional and sustainable approach to the production of spirits.

HWP Insurance of Wahsington, D.C., held a black-tie gala at the Mayflower Hotel downtown to commemorate its 100th anniversary on September 10.

More than 100 attendees included current and former employees, long-time clients and industry representatives. “We felt it was important to hold an event that honored our past and celebrated our future in an elegant and festive manner; it was only fitting to hold the event at an iconic Washington landmark such as the Mayflower Hotel,” agency president, Mike Cauley, said in the release.

According to the release, HWP Insurance is one of the oldest and largest, privately owned independent insurance agencies in the Washington metropolitan area. For the past nine years, the agency has been recognized as a “Best Practices Agency” by the Independent Insurance Agents & Brokers of America.

The agency was founded by Howard W. Phillips, Sr. in March of 1916 when he entered an agreement with Standard Accident Insurance Company (Aetna) to receive commission for the commercial loan clients he was referring to them. In 1920, his brother, Albert J. Phillips, joined the agency to manage the insurance portion of the business so that he could focus on commercial loans.

“We are proud of our history and our ability to stay true to the agency’s founding principles of fostering longterm client relationships and offering innovative and relevant risk management solutions to all of our clients. Remaining true to this philosophy has been the key to HWP’s century of success and has enabled us to build a diverse suite of product offerings,” Bonifant said in the release.

Kera Cherrey, owner of Chesapeake Staging & Design in California, Md., a member of the Real Estate Staging Association, the trade association for professional real estate stagers and re-designers, was named as one of the association’s top 10 Best Rising Star Home Stager of the Year contestants.

Cherrey will go on to compete for the overall title of RESA’s Best Rising Star Home Stager of the Year. The winners will be announced at the annual convention Jan. 19-21 in Las Vegas at the M Resort, according to a news release.

Cherrey has been a professional real estate stager since 2015. She services the Southern Maryland region, as far north as Waldorf and Annapolis. Services and biographical information can be found at www.ChesapeakeStaging.com.

“Although staging has been around for quite some time, I am proud to be pioneering the Industry in Southern Maryland,” Cherrey said in the release. “In 2016 I was elected as the RESA Greater Capital Area Chapter president in its first year running. I have also invested in education, certification and programs to expand both my staging and design offerings. It has been a great year of successes and growth and I look forward to 2017 and ‘staging Southern Maryland, one house at a time.’”