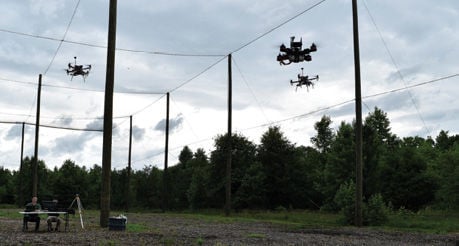 Heron Systems and the University of Maryland test the company’s Multi-Agent Cooperative Engagement system for autonomous drone teamwork in June 2019 at the university’s Fearless Flight Facility. 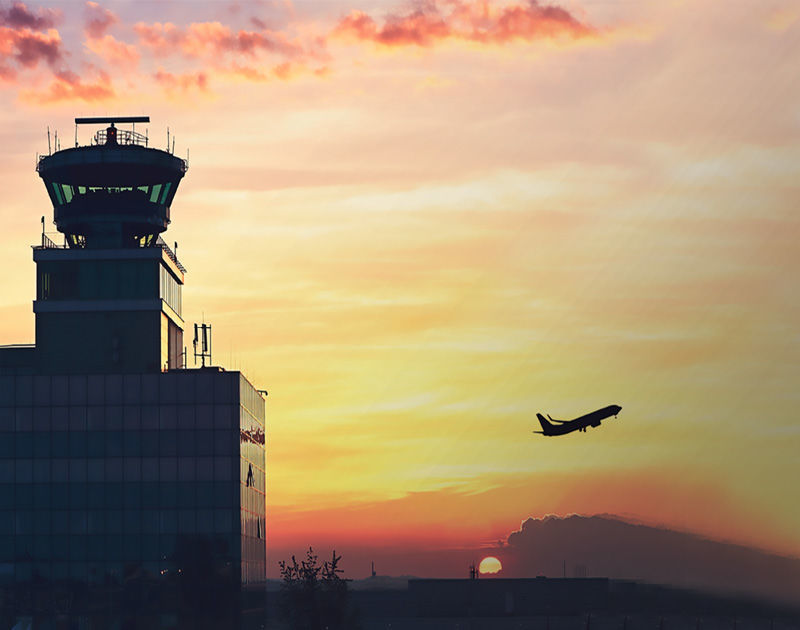 Existing flight infrastructure can barely manage the 7,000 or so flights a day in U.S. airspace, and an estimated 2 million self-piloted drones will join airplanes in that space once regulations for autonomous flight are in place. NASA hopes technology like Heron Systems’ MACE software and hardware will help planes and drones work together to avoid accidents and work out flight paths with minimal guidance.

Heron Systems and the University of Maryland test the company’s Multi-Agent Cooperative Engagement system for autonomous drone teamwork in June 2019 at the university’s Fearless Flight Facility.

Existing flight infrastructure can barely manage the 7,000 or so flights a day in U.S. airspace, and an estimated 2 million self-piloted drones will join airplanes in that space once regulations for autonomous flight are in place. NASA hopes technology like Heron Systems’ MACE software and hardware will help planes and drones work together to avoid accidents and work out flight paths with minimal guidance.

Even before much-anticipated autonomous drones finally take to the sky, the U.S. airspace is saturated, now-retired Langley Research Center scientist Kennie Jones said in a release.

A delay at one airport sends ripple effects through the system, causing more delays and missed connections. Flight infrastructure can’t support more than the 7,000 or so aircraft that are flying over the United States at any given time. Yet, once regulations and safety precautions are put in place to allow unmanned drones, that number is expected to skyrocket to around 2 million.

One solution he thinks could help alleviate the problem would be the ability for aircraft to communicate with each other and autonomously coordinate their actions. This idea drew his interest to a proposal by California, Maryland-based Heron Systems Inc., which wanted to develop software and hardware to allow drones to cooperatively allocate tasks and resources and plan flight paths, working together toward a common goal without the help of an operator.

Planes, especially airlines, have been moving toward autonomy for decades, as autopilot systems have taken over more and more of a pilot’s job. “The goal at first wasn’t autonomy but to have machines help pilots make better decisions,” Jones points out. “Now they can auto-land.”

Both in the drone community and in the Federal Aviation Administration’s effort to create what it calls the Next-Generation Air Transportation System, there has been debate about whether autonomous cooperation should be orchestrated by a central controller or worked out between the aircraft themselves.

Jones figures any automated solution will lie somewhere in between, but he leans toward letting the craft make the decisions.

He appreciated that Heron Systems seemed to be thinking along the same lines, even if the company wasn’t thinking about airline flight control specifically. “Heron was toward the end of the spectrum where you’re putting local intelligence on the aircraft to make local decisions,” he says.

“Kennie was a bit of an iconoclast,” Brett Darcey, vice president of Heron Systems, said in the release, noting that Jones also influenced the company’s approach. It was Jones who oversaw the two Small Business Innovation Research contracts NASA awarded the company in 2015, one each funded by Langley and Armstrong Flight Research Center.

Since its founding in 1997, Heron Systems had worked as a defense contractor, providing testing and simulation products and services primarily to the Navy. But the company wanted to branch out, Darcey said. What is now known as Multi-Agent Cooperative Engagement started out around 2013, when Ken Kroeger, a software engineer with the company, began working on a pet project for command and control of multiple drones. He had a background in multi-robot coordination and had recently started doing some drone work with farmers and energy companies.

“The first SBIR launched it into something more realizable than just a pet project in my backyard,” Kroeger said in the release.

He started with tools and software modules from the popular, open source Robot Operating System. This not only provided a ready set of building blocks but now makes MACE compatible with other robotic systems based on ROS. (Kroeger describes the result as a software Lego play set.) Heron Systems adapted these tools and added its own software modules and hardware to let multiple aircraft communicate, keep track of each other, and interactively plan flight paths and avoid collisions.

Because a small, commercial drone can’t carry a lot of extra weight or sacrifice a lot of power, the hardware to run MACE is small and simple — “nothing an engineer with a soldering iron couldn’t accomplish,” Kroeger said.

The basic software is available for free under an open source license, in part to establish a community of users and a market for future swarm technology, and to get feedback, for example on what sorts of applications end users want to adapt it to.

By late 2018, only about five months after Heron Systems completed the SBIR work, the company had won about $750,000 in follow-on contracts from NASA, the Defense Advanced Research Projects Agency, or DARPA, and the Department of Homeland Security. The University of Maryland is using MACE to help with the DARPA work, and Virginia Tech was looking into obtaining it.

“That’s not bad for one summer,” Darcey said in the release.

He sees immediate applications in military training, where virtual environments provide a cheaper alternative to live training. One difficulty virtual combat training has run up against is programming simulated enemy fighters, whether troops, aircraft, or boats, to behave realistically. MACE software would let virtual fighters function more like an actual team.

“When I go to defense firms and related programs and brief them on MACE, I get a lot of raised eyebrows and attention,” he said.

Once autonomous drone regulations are in place, swarms for monitoring crops and infrastructure will be an obvious application, Darcey says. The little aircraft still have a fairly short battery life, so deploying a group to survey a field would make more sense than changing the batteries on a single drone every 20 minutes or so.

“As the market matures and we can legally operate a swarm, we’ll be well positioned to address applications where scale matters,” he said.

In 2018, Langley awarded the company another SBIR contract to create algorithms that would plug into MACE and act as a virtual “auctioneer” to distribute tasks.

Each “agent” in the swarm will calculate the resources it would expend on a given task, and the job will go to whichever can do it cheapest. The bidding continues on new tasks until all the drones are busy.

“This starts to break from an operator telling everyone what to do,” Darcey said. “The agents decide who does what. That’s the bleeding edge of robotics research right now and something that we are keen to explore from an end-user perspective.”

This capability, he said, “is the real secret sauce that’s going to make MACE commercially viable.” Meanwhile, he says, the company continues to look for more applications within NASA.

Jones says he could see uses well beyond air traffic control. For example, years ago NASA scientists discovered a significant presence of methane in the Martian atmosphere. They would like to determine its origins on the surface, but this can’t be done remotely, and a rover can only cover a tiny portion of the planet. But what if a vast swarm of simple sensor drones were deployed on the surface?

“When you use a swarm, you could have 80% failure of individuals and still have 100% success,” he said. “A swarm has built-in redundancy. But you have to overcome coordination problems.”

Darcey says he expects to find interest in places the company hasn’t even looked yet. “The SBIRs let us prototype something that was both ambitious and possible,” he said. “It was enough money to create something new and mature it to the point of viability.”