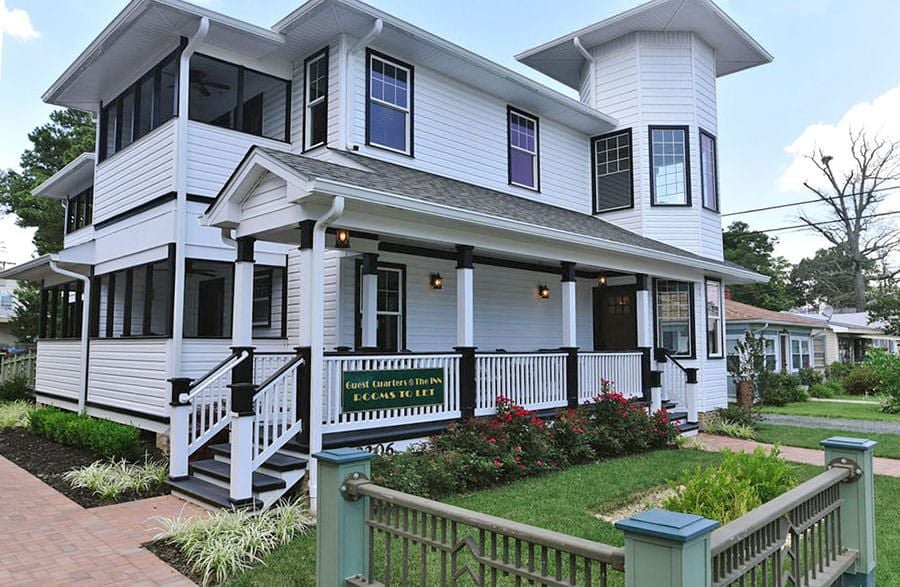 Here’s an outside view of the guest quarters at the Westlawn Inn. 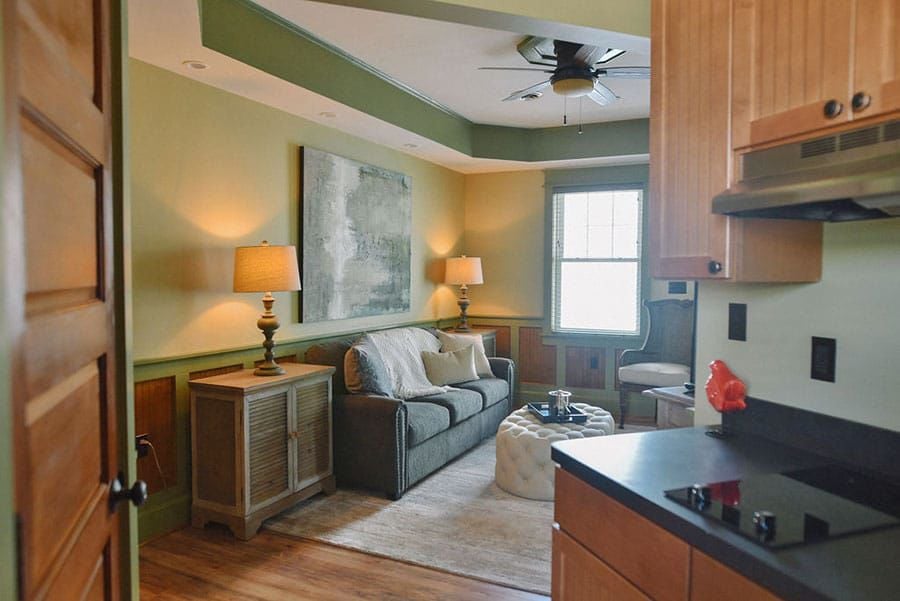 Here is a view of the living room and kitchen inside the guest quarters at the Westlawn Inn. 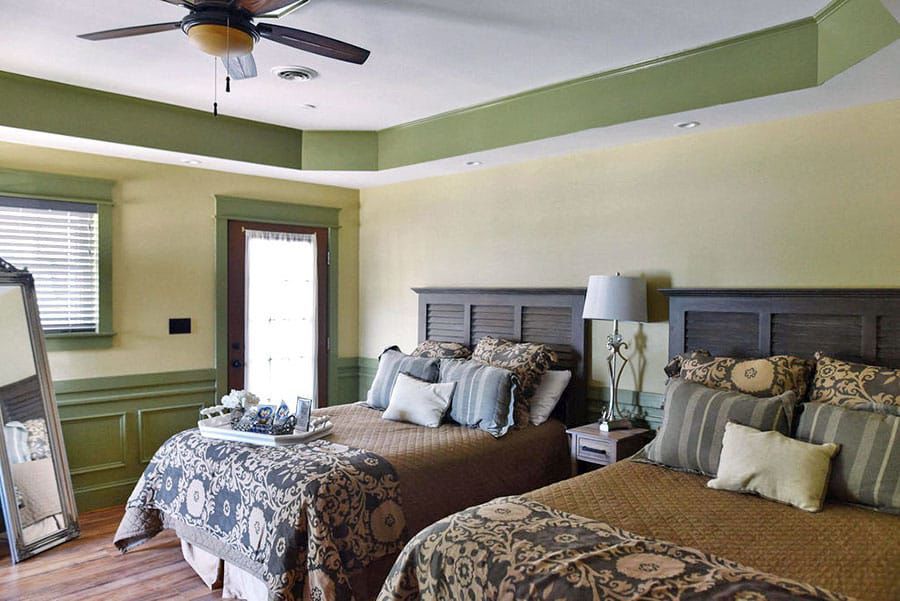 This is a view of a suite provided with two beds and a screened-in porch inside the guest quarters at the Westlawn Inn.

Here’s an outside view of the guest quarters at the Westlawn Inn.

Here is a view of the living room and kitchen inside the guest quarters at the Westlawn Inn.

This is a view of a suite provided with two beds and a screened-in porch inside the guest quarters at the Westlawn Inn.

The Westlawn Inn, North Beach’s “casually upscale” dining destination, recently added another fold to its hospitality with the establishment of the guest quarters in a bid to elongate visits to the bayside town.

While the Calvert County town is currently equipped with hotel and vacation venues, the Westlawn Inn plans to breach a market of customers who prefer a slower pace to their travel and relaxation activities.

The interior decor provides the quarters with a more comfortable, homey feel, so that any guest may experience an authentic and relaxing stay in a quaint town.

Historically, the Westlawn Inn was a guesthouse, serving North Beach for nearly a century. After proprietors Lee and Jan Travers purchased the property in 2001, it reopened as a restaurant following three years of renovations while maintaining the stately “arts and crafts” style of the building.

“We got hooked into thinking about overnight accommodations because so many people were asking us if we had rooms because of the name,” Lee said. Having previously owned a construction business, he did most of the work himself. “It was like every day, I loved coming to work on it and show people,” he said.

He now gets to see his hard work come to fruition with the two businesses collaborating and fueling an intake of new customers.

“I think we are drawing a clientele that are looking for a quiet spot. You can realistically park your car on a Saturday night and not have to get back in it until you leave Sunday,” Lee said. “I would build another one if I could get away with it. We’re committed to it, that’s what happens, you know.”

Jan remarked that the comforting feel of the guest quarters intentionally mirrors the atmosphere of North Beach, a cozy small town that can be explored over a day or two.

“When you have people discovering what you have done, it’s affirming, it’s like creating a little safe zone here, a block from the bay,” Jan said. “In Calvert County you can find quality live music, excellent food, a nice place to stay and access to the bay. I don’t think people realize it.”

The Traverses mentioned that while they have traditionally been a venue for special occasions, such as weddings, they would like to increase their weeknight footprint.

“We had one young couple come in here dining one night and I showed the guest quarters to them, they were flabbergasted, they said this is unbelievable,” Lee said. “I said, ‘You know, you could have your relatives come over here and they would be within walking distance,’ and they go ‘No, they’re going to stay at home with our kids and we’re going to come over here.’”

Jan mentioned that each unit for the guest quarters is listed on both Vrbo and Airbnb. Always looking to improve, the Traverses noted their intention to expand their advertising to other parts of Maryland and Northern Virginia.

The Westlawn Inn staff are enthusiastic about the addition of the guest quarters.

Jason Fletcher, the current executive chef, has been employed at the Westlawn Inn for over eight years, and was on board with the idea of the guest quarters from the start.

“It’s a different style of quarters, it’s more laid back,” Fletcher said. “You’re not really bound to certain things, you can just go in, lay down and have a good night’s sleep. I thought it was great, as fast as they threw it up, it was amazing.”

Fletcher saw the guest quarters built from its beginning to end, and he sees the Westlawn Inn as a second home.

“It’s always changing and moving with the times, so that’s probably my biggest selling point,” Fletcher said. “My thing is, you can’t find anything else like this.”

Bartender and server Kate Harrison moved to North Beach in 2012 and admittedly did not expect to find a venue like the Westlawn Inn. The expansion is “a huge benefit, not just to us, but North Beach in general,” she said. “It definitely doesn’t feel like a hotel room, it’s nice that it’s sort of more of a home feel rather than a resort so you have a lot more opportunity to indulge your family.”

Like Fletcher, Harrison plans to continue her service to North Beach and provide a singular experience to travelers and residents looking for a change of pace.

“I really enjoy getting to spend time with the rehearsal dinners and the people in the guest quarters so it’s been nice to see more people involved,” Harrison said. “It’s exciting to see the business grow a little bit and see something that isn’t typical to North Beach brought in.”