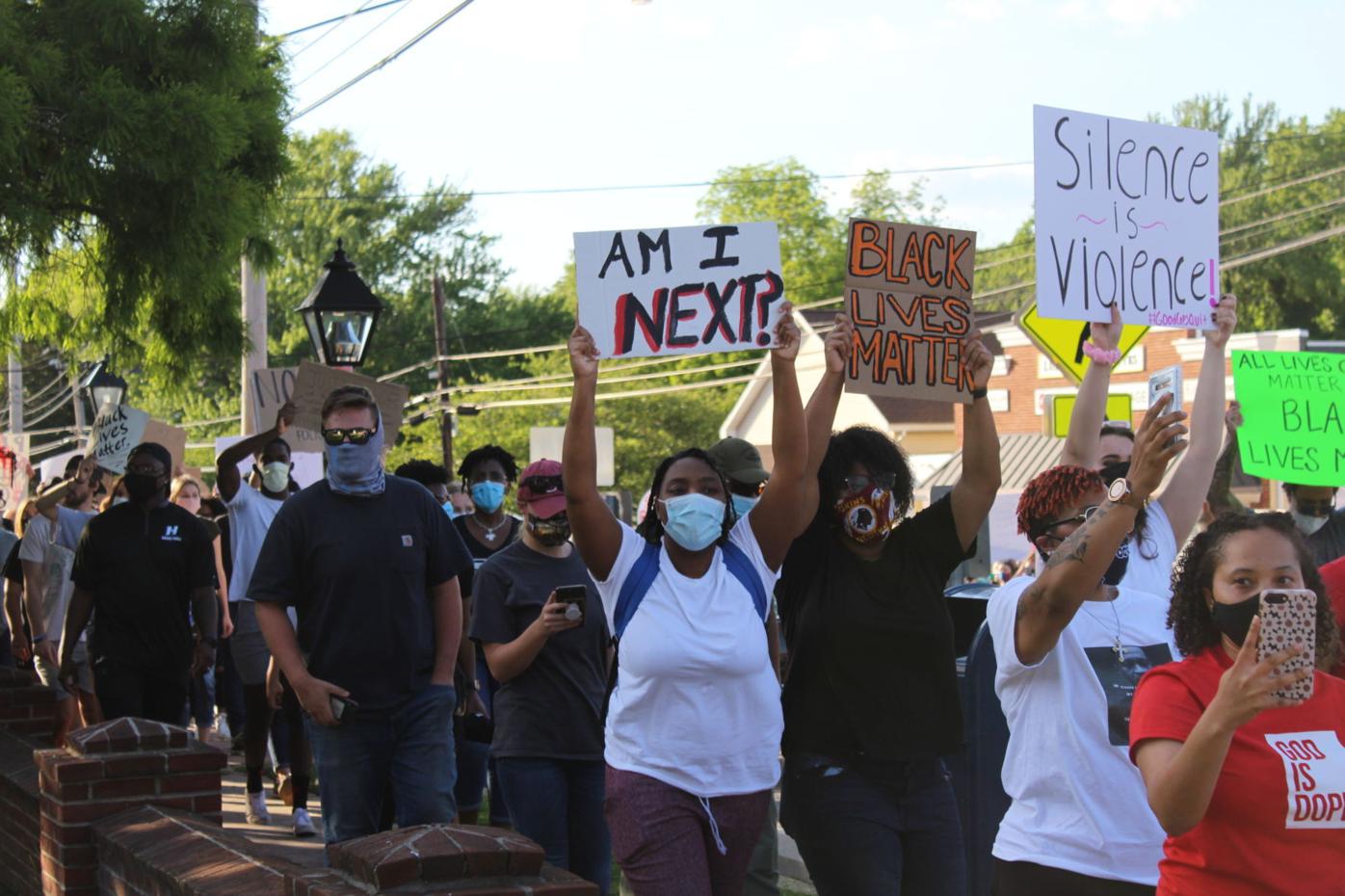 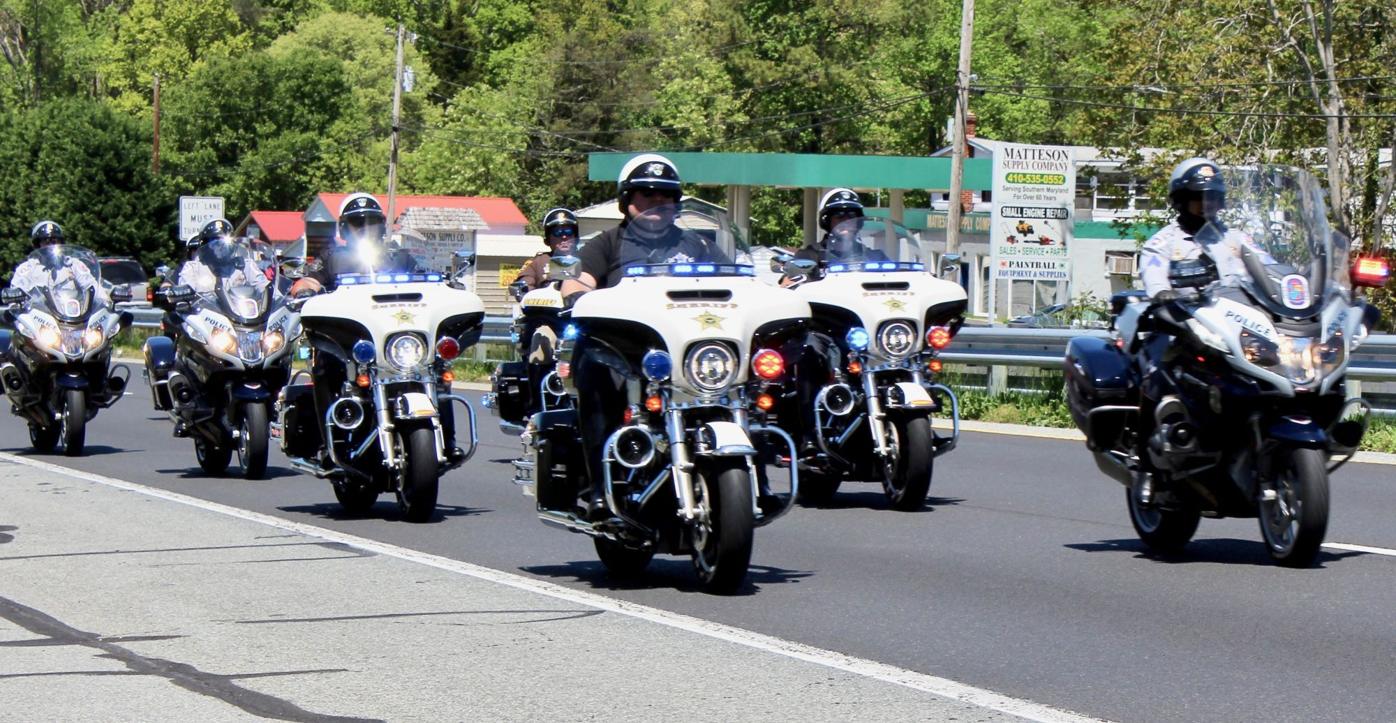 Police motorcyclists escorted firefighters through Calvert County this past spring in honor of fallen firefighter Marcus Paxton, who was a volunteer with Calvert Advanced Life Support. 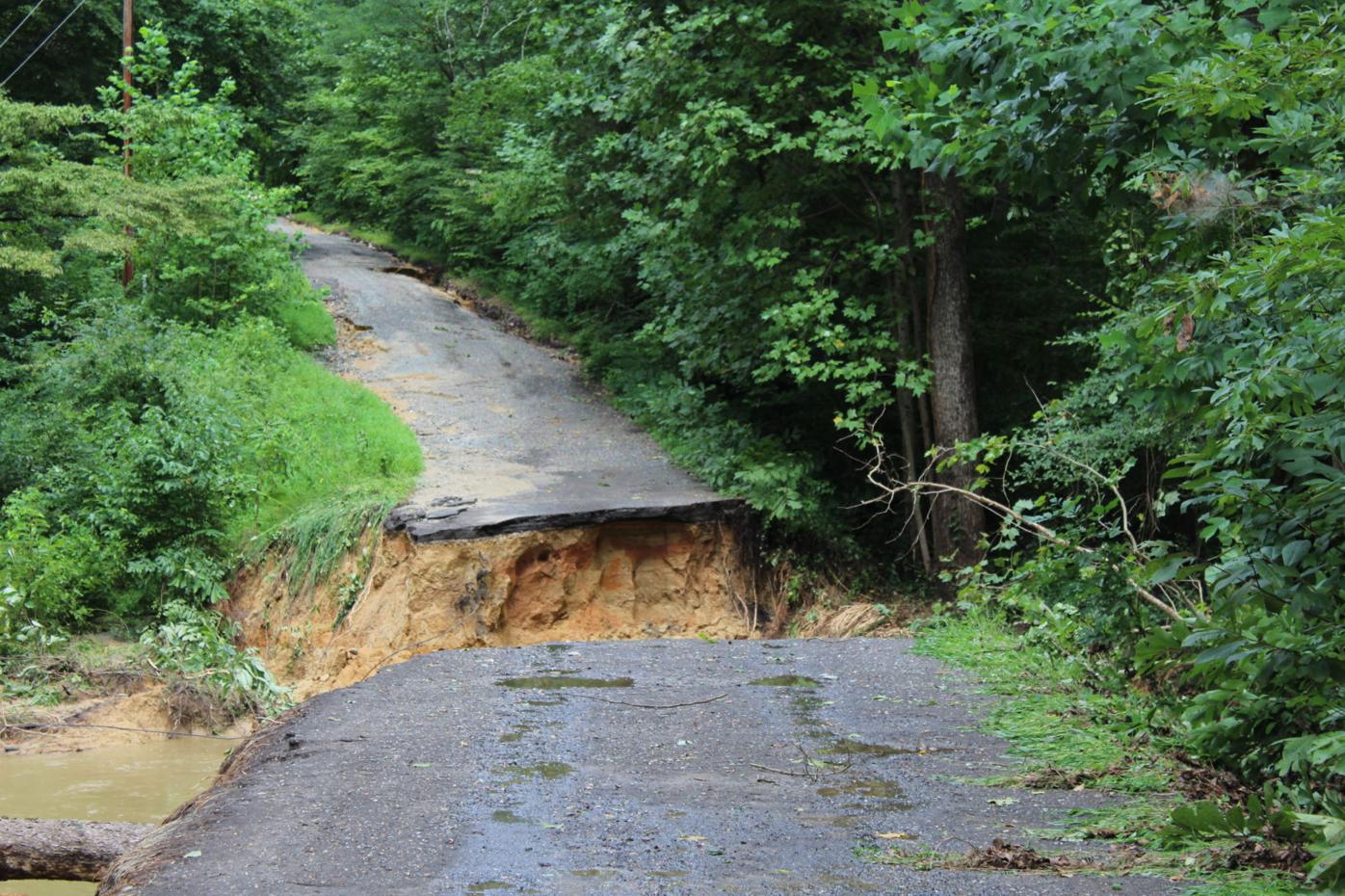 Isaias barreled through Southern Maryland in late July. Its heavy rains washed out this rural road connection in Calvert County. 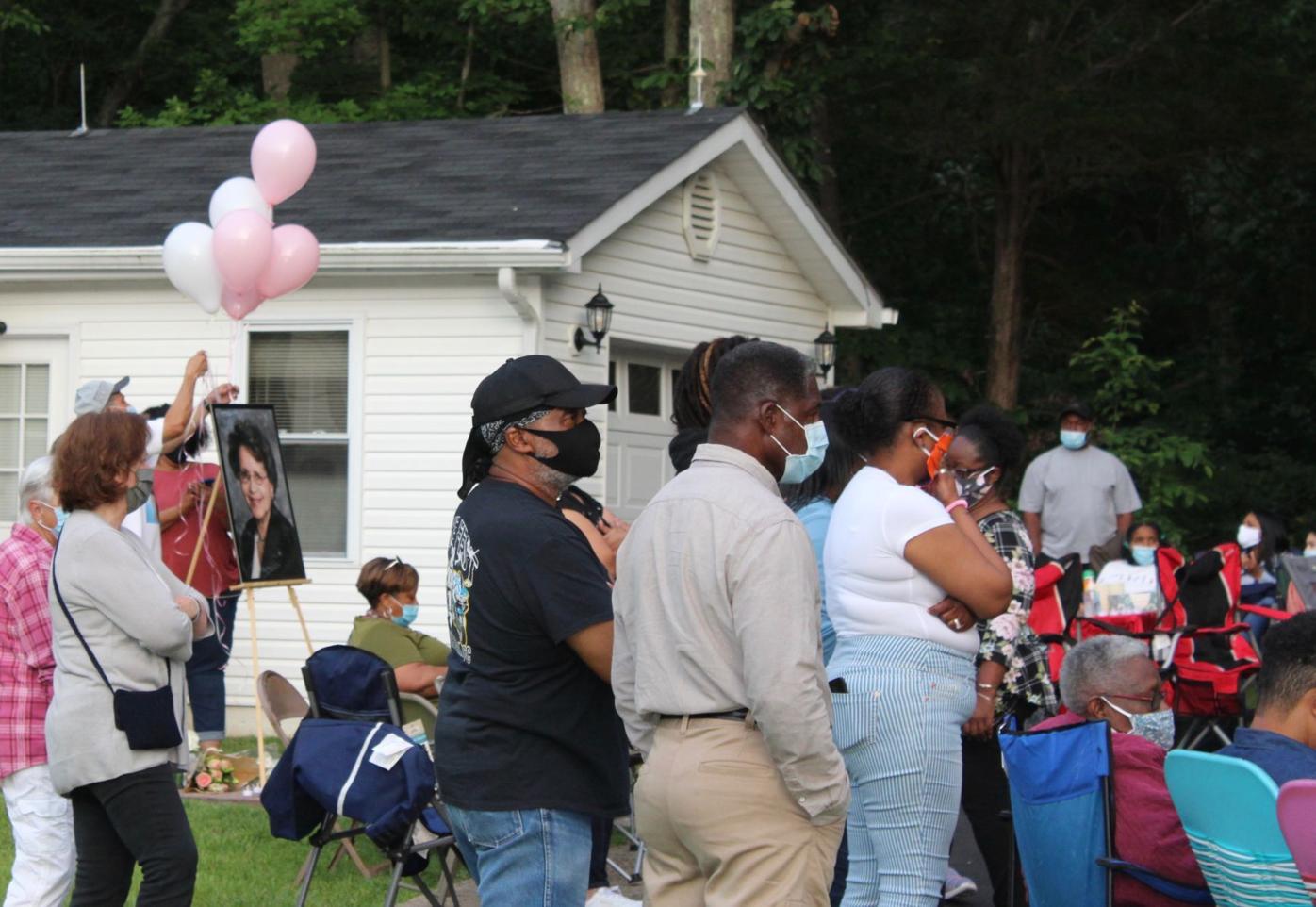 Family and friends gathered for a vigil at Rose Long’s Prince Frederick home. The ceremony took place one week after she was found raped and murdered inside the home. 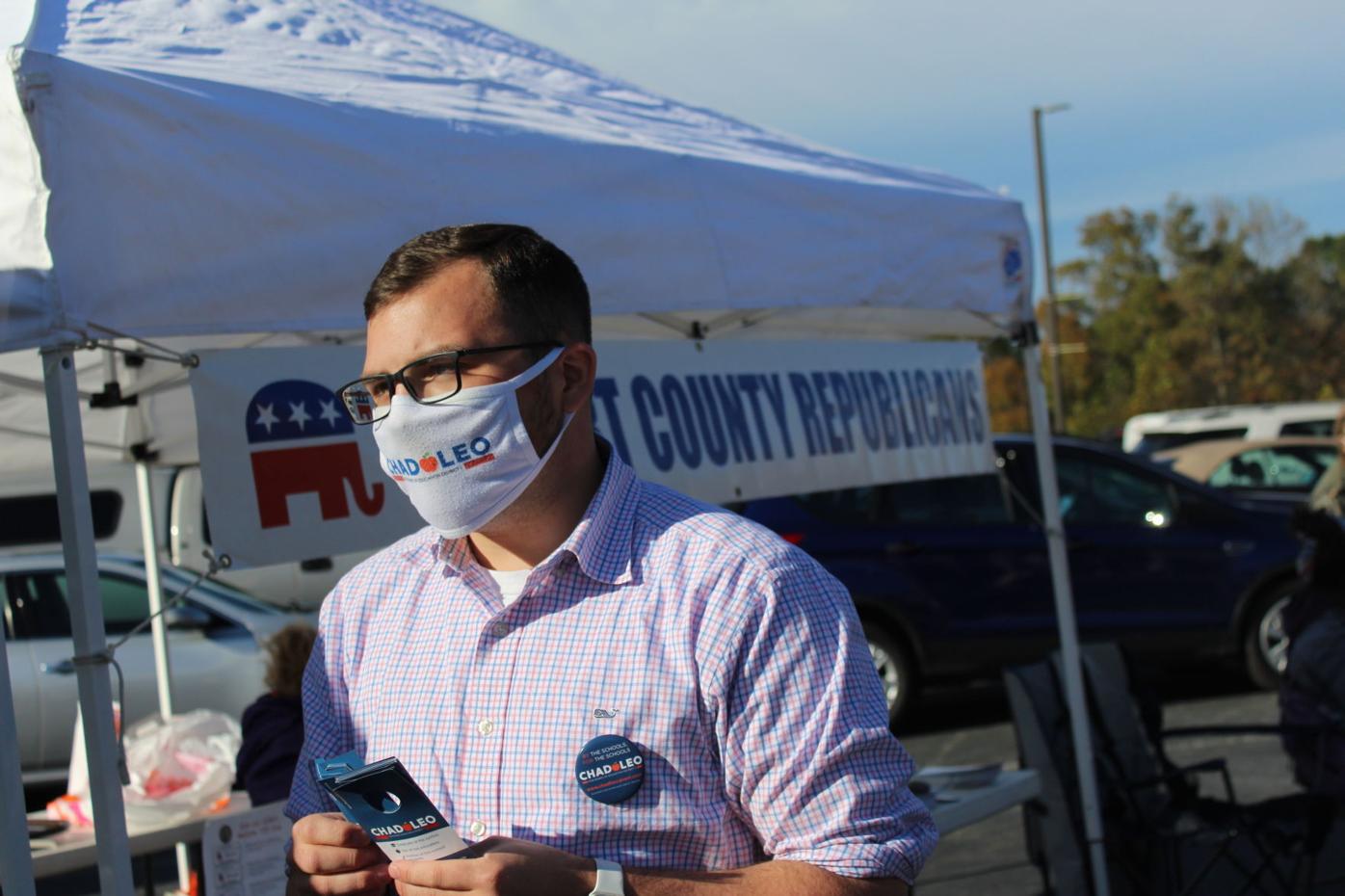 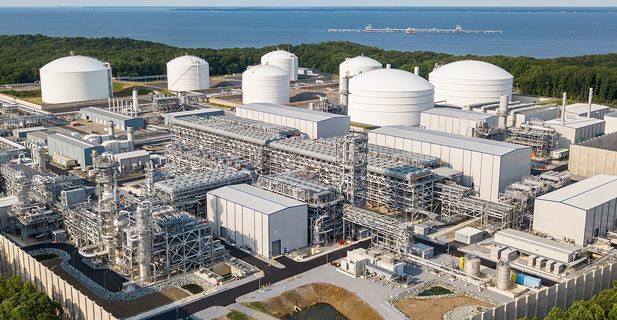 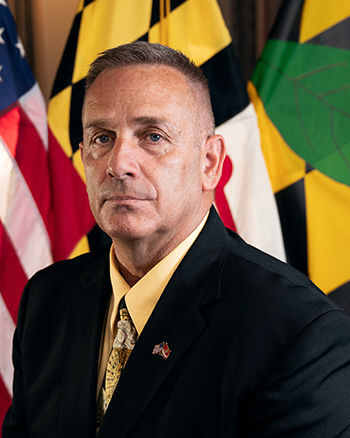 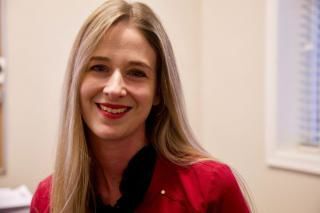 Police motorcyclists escorted firefighters through Calvert County this past spring in honor of fallen firefighter Marcus Paxton, who was a volunteer with Calvert Advanced Life Support.

Isaias barreled through Southern Maryland in late July. Its heavy rains washed out this rural road connection in Calvert County.

Family and friends gathered for a vigil at Rose Long’s Prince Frederick home. The ceremony took place one week after she was found raped and murdered inside the home.

For the leaders and citizen activists of Calvert County, the year 2020 frequently caught them not so much at a loss for words, but muted. When COVID-19 intruded in March it brought change to the way public meetings were held — virtual meetings and live stream sessions had to suffice for citizen participation due to coronavirus restrictions, many of which are still in place.

For the Calvert County commissioners, the sessions weren’t held as frequently and were slowed down. Citizens who would normally confront the board with their concerns during public comment instead had to phone in and remain on hold.

During the spring, the commissioners finalized a balanced fiscal 2021 budget totaling $318.5 million with a slight decrease in the county’s property tax rate ($0.932 per $100 of assessed value). The budget included a $642,755 surplus, a $7.5 million contribution to Calvert’s other post employment benefits, and a pay step increase and cost of living adjustment for county government employees.

“This funding focuses on education, public safety, capital investments and maintaining a high level of service to our community,” Mark Willis, county administrator wrote in a letter to the board and public. Willis noted the county’s increase in revenues was again due to the payment in lieu of taxes agreement with Dominion Cove Point, owners and operators of a massive liquefied natural gas plant in Lusby.

After a year of controversy due to the comprehensive plan revisions of 2019, the commissioners were able to govern with relative tranquility. However, in July the board’s majority found itself backtracking on a proposal to prohibit the public from having weapons and other contraband on county government property, such as the courthouse and parks.

County government pushed along some big capital projects in 2020, with the biggest being the proposed county government office building, which is to be located on Main Street in Prince Frederick.

The municipalities of Chesapeake Beach and North Beach also decreased their property tax rates. Controversy did not elude Chesapeake Beach, as a decision to crack down on a codified ban on short-term rentals drew the ire of town residents who rent homes to vacationers.

“It’s a commercial entity in a residential area,” Holly Wahl, town administrator, said of the units, which she referred to as “pop up rentals.”

The short-term rentals issue will carry over into 2021, with the town’s planning and zoning commissioners taking up the issue.

It was an election year in Chesapeake Beach, with Pat “Irish” Mahoney scoring an overwhelming victory for a second term. A six sitting members of the town council won election as well.

In North Beach, Mayor Mike Benton declared “we will err on the side of safety” in response to COVID-19. Popular events such as Relay for Life, End Hunger in Calvert, Dragon Boat Festival, a Christmas parade, along with the highly successful warm weather Friday Farmers Markets, had to be canceled in order to keep people socially distanced.

On the plus side, progress was made on the Route 261 roadway elevation plan and the Twin Beaches Library project.

A nationwide social crisis sparked by the death of a Black man in police custody in Minnesota prompted a large demonstration in Prince Frederick on June 1. The “March against social injustice” drew over 500 people, most wearing masks due to the pandemic and many carrying signs.

“Not all cops are bad just like not all Black men are bad,” said the Rev. Jeff Long, one of the event’s organizers.

The event was marred after its completion when police deployed tear gas to disperse people who were blocking Duke Street. Deputies also arrested two people after the event.

Several weeks later, five 18-year-old men, all recent graduates of Calvert High, were charged with vandalizing the school’s playing field, defacing the tract with a racial slur. The five were indicted on charges of property destruction, burglary and hate crime. A trial is tentatively scheduled for mid-March.

On June 8, Rose M. Long, 71, of Prince Frederick, was found brutally raped and murdered inside her home. Several hours later, police apprehended a suspect — David Harold Johnson, 48, who was living nearby and had been hired by the victim to mow her lawn. Johnson has pleaded guilty to the charges, and could be facing life in prison.

“What happened is a travesty,” said Long’s nephew, Robert Smith, to the large crowd during a vigil outside the victim’s home. “But I want you to think about the good things Aunt Rose gave us.”

In September, Daniel John Burridge, 36, of Bowie, was sentenced in Calvert Circuit Court to 15 years in prison for negligent manslaughter by automobile. The incident that claimed the life of Army National Guard Sgt. Orianna Sherezade Motta Gaiton, 27, of North Beach, occurred in July 2019 in Dunkirk.

While 2020 and the coronavirus forced adjustments and county leadership saw transitions, the year also brought about three big transactions.

Dominion and Berkshire Hathaway took the business community by storm Independence Day weekend when they announced a deal that included a change in management for Cove Point Liquefied Natural Gas Plant in Lusby. Also in early July, the owners of Bowen’s Grocery Store in Huntingtown, along with members of the Gott family, announced the iconic store that first opened during the early 20th century had been sold by the Bowens to the Gotts.

In August, the multi-million dollar Huntingtown estate of the late, best-selling author Tom Clancy was sold for $4.9 million. According to a real property data search, the buyers are Frederic M. and Lara G. Meeker of Fairfax, Va. The seller was Clancy’s widow, Alexandra.

COVID-19 also had a significant impact on Calvert’s election process. Maryland’s primary was delayed, mail-in ballots were utilized and in-person voting locations were whittled down from over 20 to just five.

“We are going 100 miles per hour,” said Calvert Election Administrator Gail Hatfield, a few days before the start of early voting in October for the November general election.

Calvert residents who voted chose Dawn Balinski, Antoine White and Inez Claggett in the districts one, two and three board of education races.

The year also brought the farewells of several community figures. They included board of education president Bill Phalen, who died in early September, and former county commissioner Michael J. Moore, who passed away unexpectedly in December.

Firefighters also had a challenging year on their calls, having to strictly adhere to COVID-19 protocols.

In July, a longtime Huntingtown resident, William H. Long, died in a house fire a few days shy of his 81st birthday.

It was also in late July the remnants of Hurricane Isaias came barreling through Southern Maryland. The heavy rains flooded roads and washed away a bridge connecting modest rural roads. Storm damage in Calvert was estimated at over $6 million, according to county government.