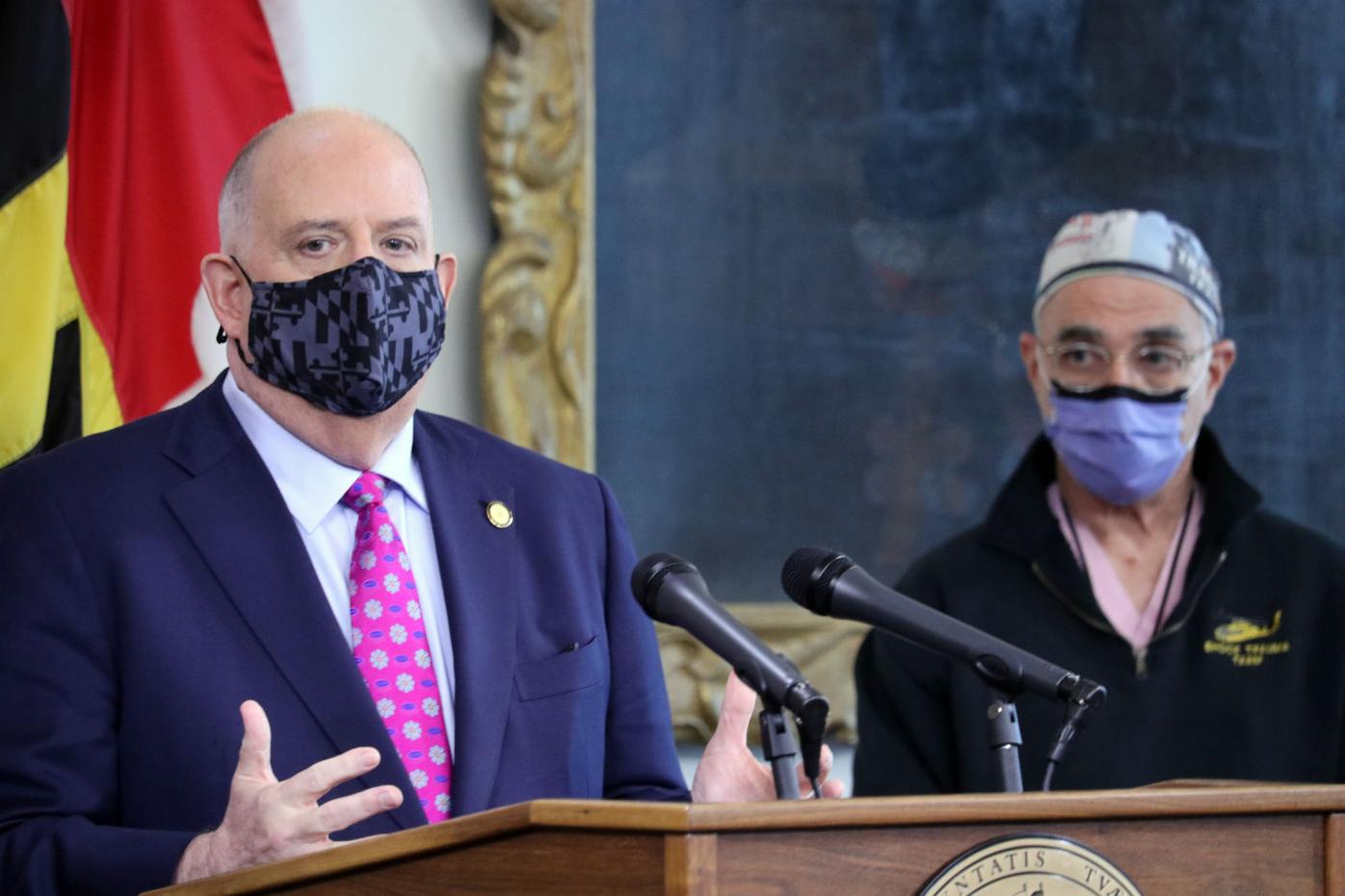 Gov. Larry Hogan (R) takes questions from journalists about a variety of new measures Maryland is taking to try to fight a surge in cases of the coronavirus, including new restrictions and reductions in capacity and closing times for businesses, during a news conference on Tuesday. Dr. Thomas Scalea, physician in chief of the R Adams Cowley Shock Trauma Center, is standing at right. 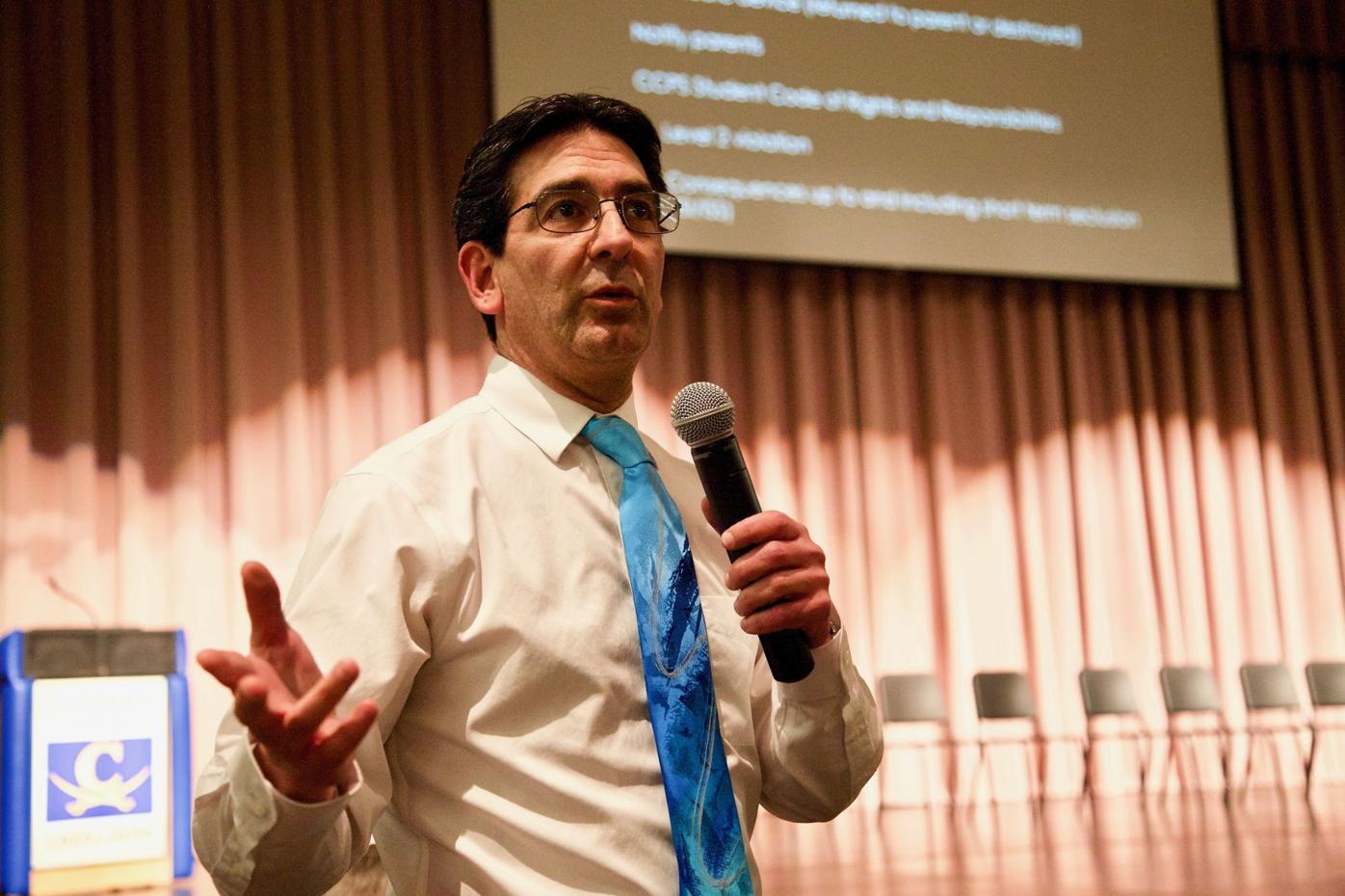 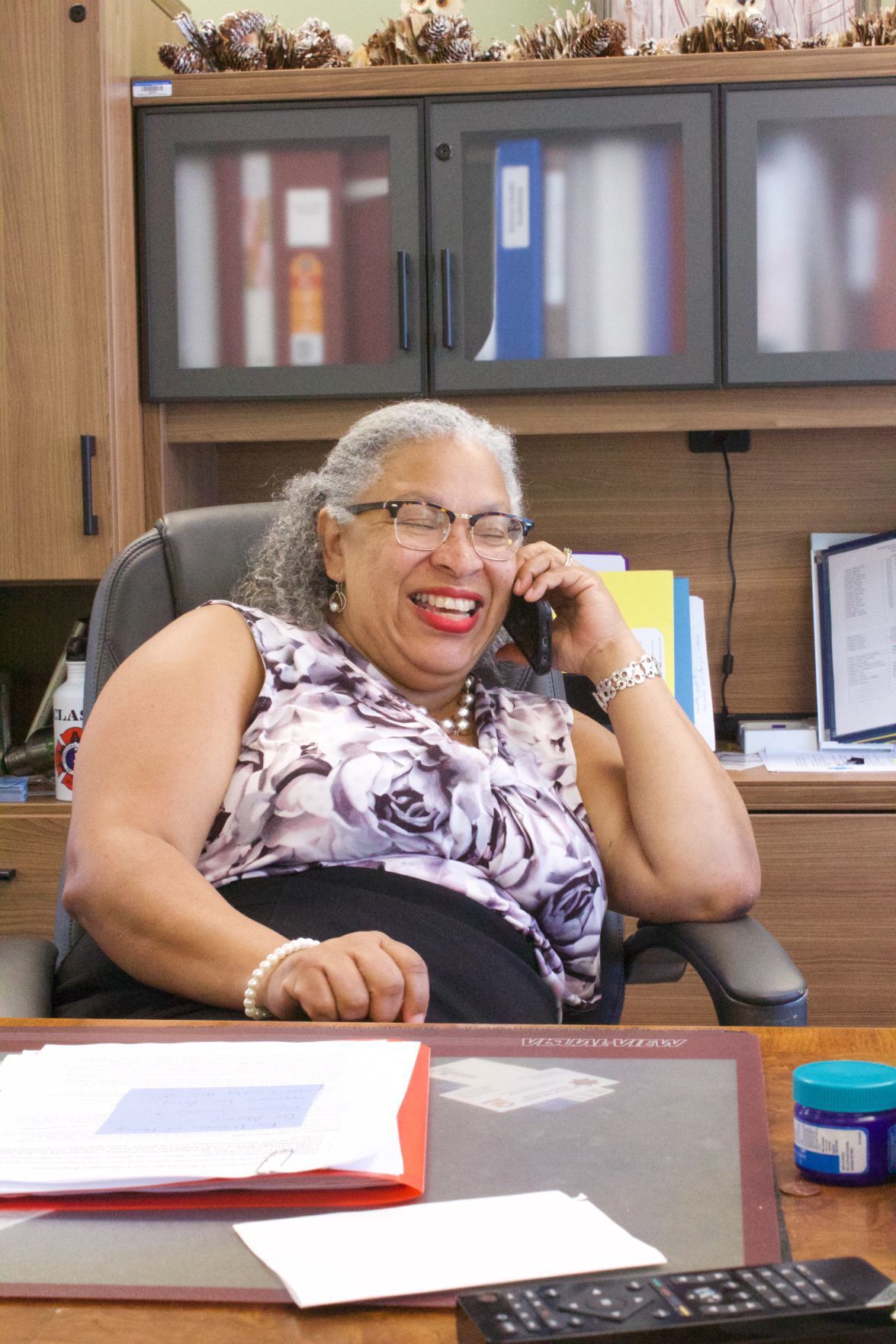 Dr. Dianna Abney, health officer for the Charles County Department of Health, provided an update on the health crisis in the county on Sept. 29. 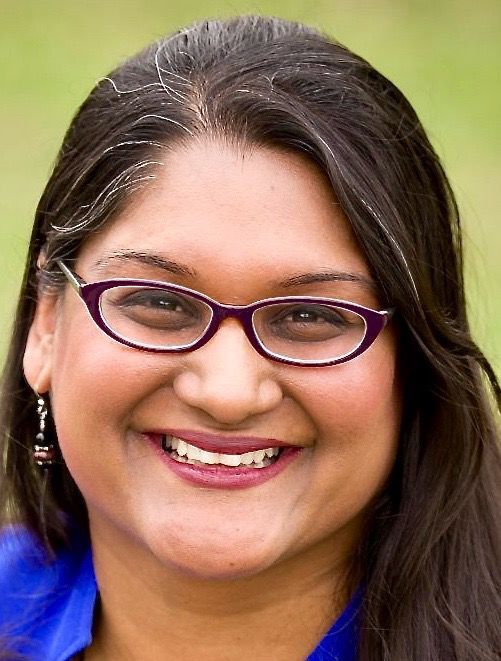 Gov. Larry Hogan (R) takes questions from journalists about a variety of new measures Maryland is taking to try to fight a surge in cases of the coronavirus, including new restrictions and reductions in capacity and closing times for businesses, during a news conference on Tuesday. Dr. Thomas Scalea, physician in chief of the R Adams Cowley Shock Trauma Center, is standing at right.

Dr. Dianna Abney, health officer for the Charles County Department of Health, provided an update on the health crisis in the county on Sept. 29.

New cases of COVID-19 are on the rise again, in some areas at a rate never seen before, causing Gov. Larry Hogan (R) to put in place new restrictions and some health officials to worry about the upcoming holiday season.

At a Tuesday afternoon press conference, Hogan announced that, with some exceptions, hospitals and nursing homes would no longer be permitted to allow visitation, citing the increased load of cases as well as overcrowding at some Maryland hospitals.

Bars, restaurants and all facilities which serve food or alcohol are no longer allowed to operate in-person dining between 10 p.m. and 6 a.m., beginning Friday, Nov. 20. Retail and religious institutions will have to operate at 50% capacity, starting Friday, and fans will no longer be allowed at stadiums and race tracks.

Nursing homes will be required to test all residents weekly, and staff, who travel in and out of the facilities more often, will be tested twice weekly.

In recent weeks, the tri-county area has seen some of its highest new COVID-19 case rates of all time.

In Charles County, Health Officer Dr. Dianna Abney said through a spokesperson for the health department that a month ago Charles was averaging about 10 to 15 new cases a day. Now, that average is 40 to 50 new cases per day.

The new case rate per every 100,000 residents in Charles has also exceeded any previous spike. During the first wave, the case rate spiked at 13.64 cases in mid-April. In early August, it reached a new high at 14 new cases per 100,000 residents.

The newest cases appear to be occurring outside of nursing homes, where the virus caused a large amount of deaths in the spring.

In Calvert, the summertime trend of 15 to 20 new cases a week has increased to between 80 and 90, the health department said in a news posting over the weekend.

In St. Mary’s County, where the health department provides the most comprehensive publicly available data in the tri-county region, new COVID-19 diagnoses hit an all-time high on Monday, reaching 16.15 new cases per 100,000 people in a seven-day rolling average, and again increasing to 17.52 new cases on Tuesday.

That statistic previously peaked amid nursing home outbreaks in early June, where new cases peaked at 15.28 per 100,000 before hitting a sharp decline for the rest of the summer, with the exception of a smaller outbreak in July and August.

Dr. Meena Brewster, St. Mary’s health officer, said the newest cases were evident of community transmission of the virus outside of nursing homes.

Abney said contact tracing in Charles had identified the top exposure risks as indoor dining, family gatherings, indoor shopping, gatherings with over 10 people and traveling outside of the home for work.

“People are becoming lax in their adherence to public health instructions to wear masks, social distance, avoid crowds and wash their hands frequently,” Abney said. “They are getting what is being called ‘COVID fatigue.’”

Colder weather also forces more people indoors, where the virus tends to spread due to less ventilation and less ability to dissipate, she said, a trend which has been seen before with cold and flu viruses.

With transmission occurring mostly outside of nursing homes, death and hospitalization rates, which have still increased slightly, are not at the level they were at the spring.

In Charles, deaths have not increased significantly, Abney said, with one death in October and two deaths in November. Deaths peaked there in the springtime, with 47 deaths in April and 32 in May. Currently, hospitalizations are averaging at 10, lower than the springtime high of 27 patients.

In Calvert, there are six patients at CalvertHealth hospital who are either positive or under investigation for COVID-19. The county has totaled 29 confirmed COVID-19 deaths and one probable death due to the virus.

However, the county has also faced a recent outbreak at the Calvert County Nursing Center, where Calvert Health Officer Larry Polsky confirmed there were 34 residents and 11 staff who had tested positive over the past three weeks, however 26 of those residents and nine of the staff have not developed any symptoms.

Three of the residents with symptoms have been hospitalized.

But with the increase of cases occurring directly before the holiday season, health officers are asking residents to avoid unnecessary travel.

The counties, as well as the state, have issued health advisories to avoid out-of-state travel, especially in states with a significant increase in cases, which includes most other states.

The health officers recommended smaller gatherings, preferably limited to people who live together, or virtual gatherings.

Brewster recommended preparing traditional family recipes and delivering them to neighbors in a way that involves no contact.

Those who still choose to celebrate in-person are encouraged to spread out guests from different households and remain 6 feet apart, Brewster said, should avoid any close contact and should wear masks. Outdoor gatherings are recommended, and guests should wash their hands frequently or use hand sanitizer which contains 60% alcohol.

For indoor gatherings, ventilation can be increased by opening windows. Outdoors, open-air tents are OK, and Abney said enclosed tents provide less ventilation. She said the bottom 12 inches can be rolled up to allow more ventilation.

Abney suggested avoiding singing or shouting, which releases more viral particles into the air, and recommended turning the music down at celebrations, so guests do not have to speak as loud.

“The holiday season can cause the spike to last longer,” Abney said. “Family gatherings and traveling can cause the cases to continue to rise or at least remain elevated.”

The cold weather also comes with the annual flu season, which Polsky said at a county commissioners meeting last week could lead to “bad news” when the two respiratory illnesses are combined.

Luckily, Brewster said local, state and national flu activity remains low, and she recommended seasonal flu vaccinations to prevent any impact to the local health care system. As of Monday, she said the St. Mary’s health department itself has vaccinated almost 800 individuals.