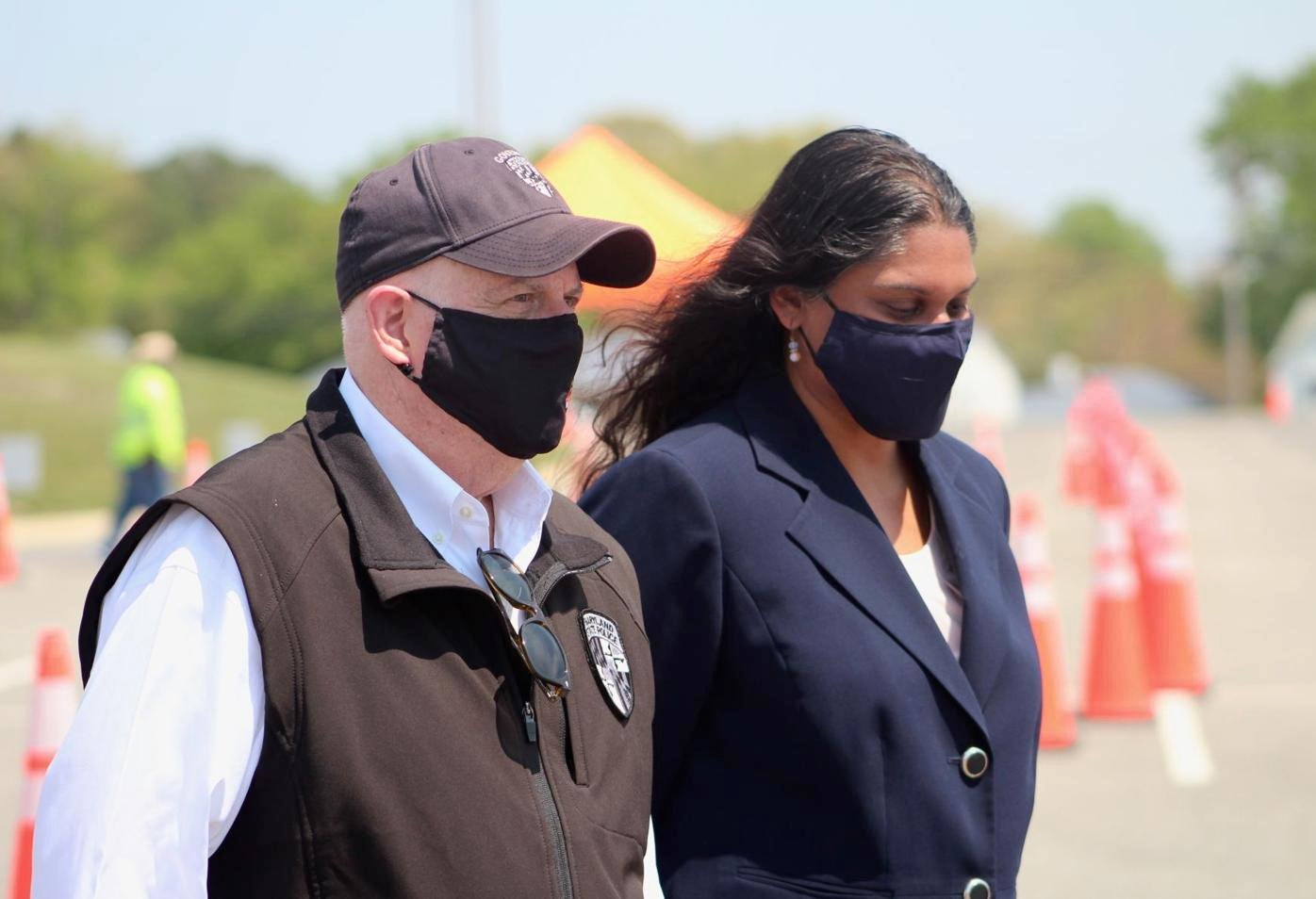 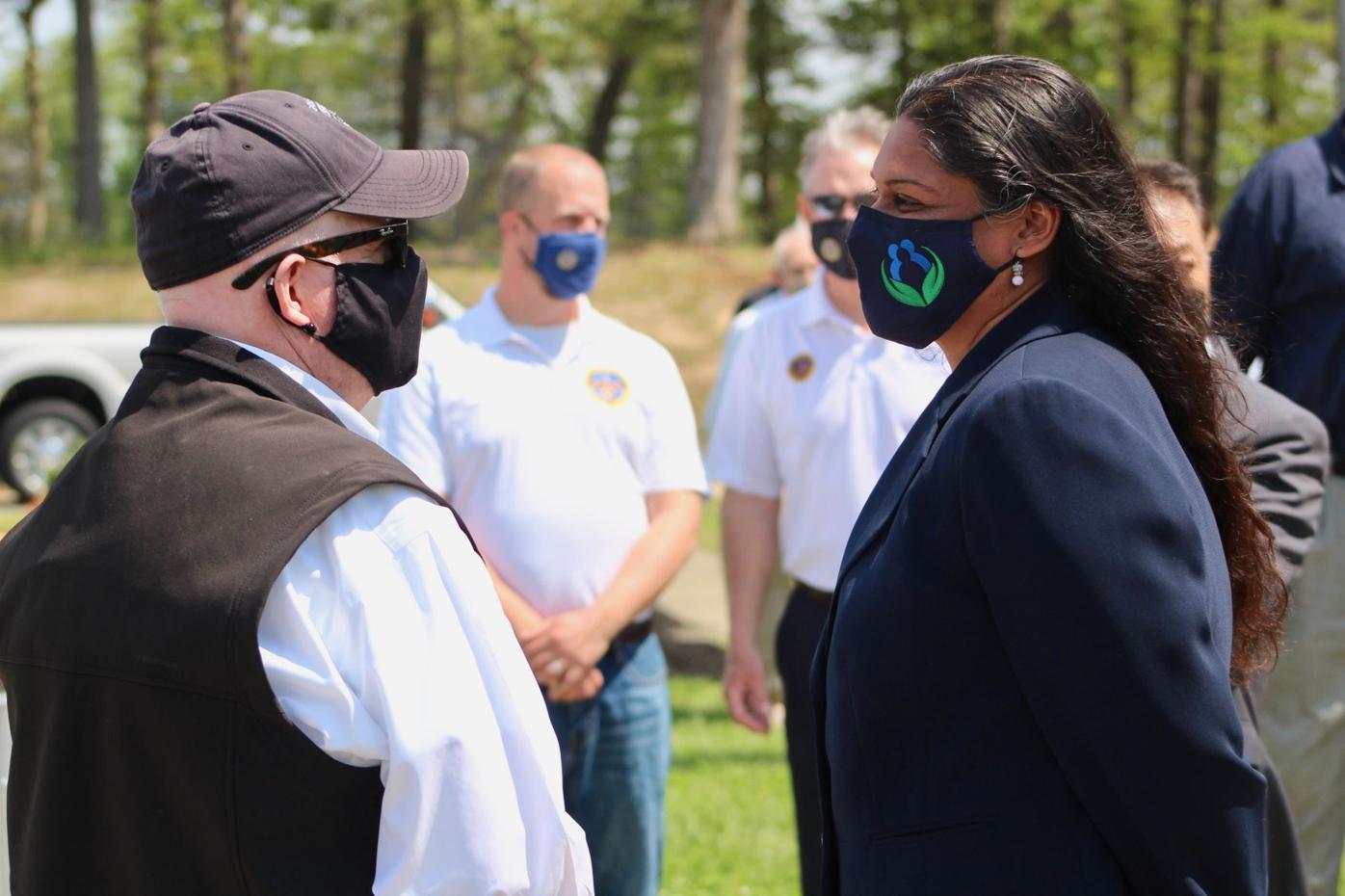 The governor said he was impressed by the St. Mary’s County Health Department’s vaccination efforts on a visit to the county’s COVID-19 vaccination site in Hollywood on Wednesday afternoon.

“I’ve been hearing nothing but compliments about [St. Mary’s Health Officer Dr. Meena Brewster], since we started this,” Gov. Larry Hogan (R) said during the Wednesday tour that began that morning in Charles County and continued into the afternoon in St. Mary’s.

“You guys are leading the way here,” he said, later joking that he “just follow[s] whatever Dr. Brewster says.”

After meeting with county officials, Brewster and Hogan discussed dosages, joked with vaccinators and visited a few county residents who were there to get their shot.

The governor said he “had no agenda” at the site, other than showing appreciation for county employees who were getting shots into arms.

On Tuesday afternoon, after visiting St. Mary’s, Hogan announced at press conference that masks would no longer be required outdoors, also lifting mandates on outdoor dining and standing service at bars and restaurants. Masks will still be required, however, at large, ticketed events as well as indoors at all businesses.

With supply of vaccines now outpacing demand, he said at the Hollywood firehouse vaccine site that the state is getting to a point where “we can get rid of the damn masks,” harkening back to his statement to Marylanders to “just wear the damn masks.”

Brewster told Hogan the county is looking forward to being able to vaccinate younger age groups, specifically 12- to 15-year-olds, who are the subject of clinical trials for the Pfizer vaccine.

On Wednesday, the governor started his day with a tour of the Gov. Harry W. Nice Memorial/Sen. Thomas “Mac” Middleton Bridge project, which is expected to be completed in 2023, then gave remarks and staged a ceremonial groundbreaking for the Nanjemoy/Cobb Neck broadband buildout at the Newburg firehouse, before traveling to St. Mary’s County.

After the stopover at the Hollywood vaccination site, he headed farther south to Historic St. Mary’s City to view newly unveiled colonial artifacts and check out the archeology dig site of St. Mary’s Fort.