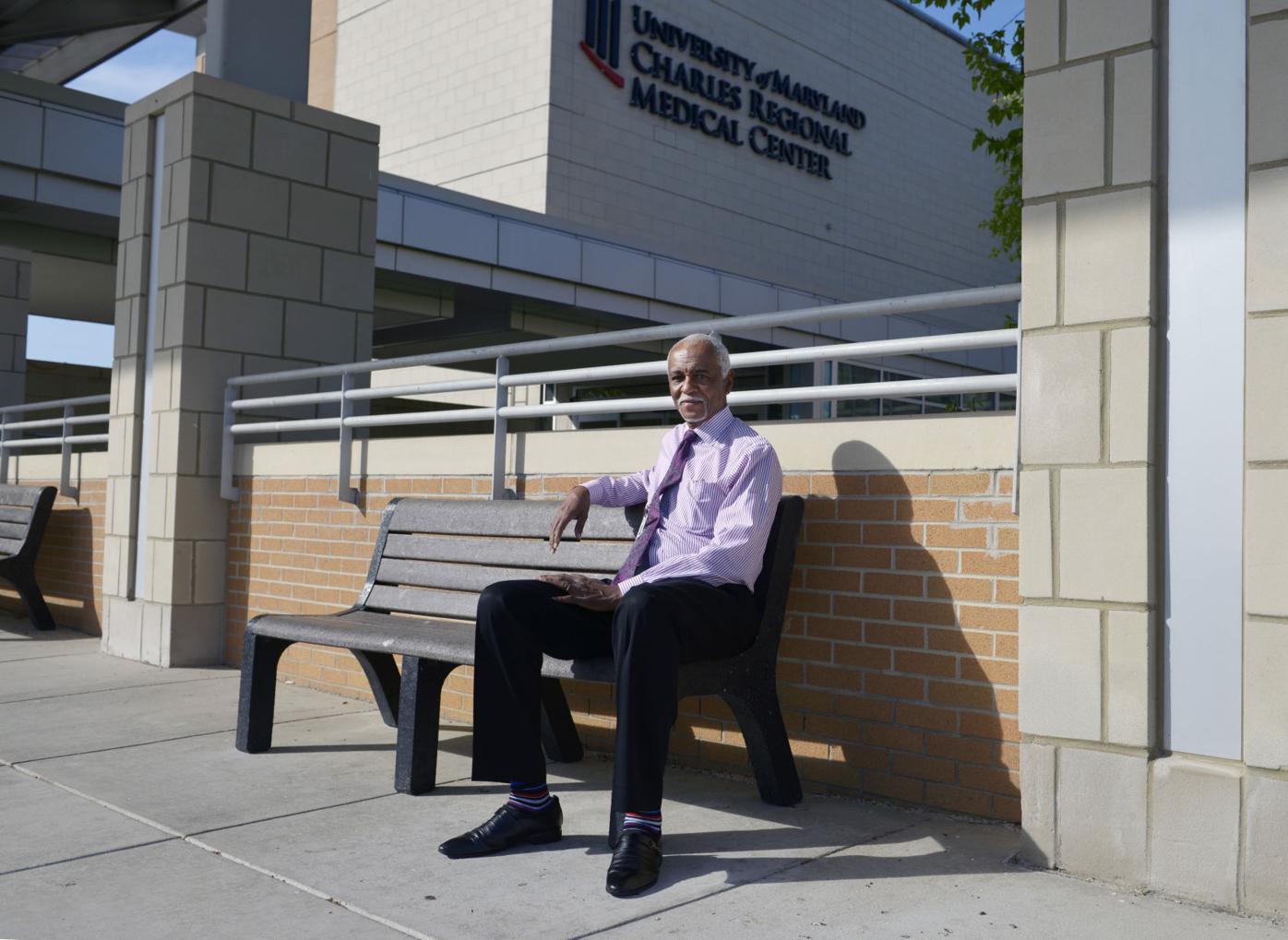 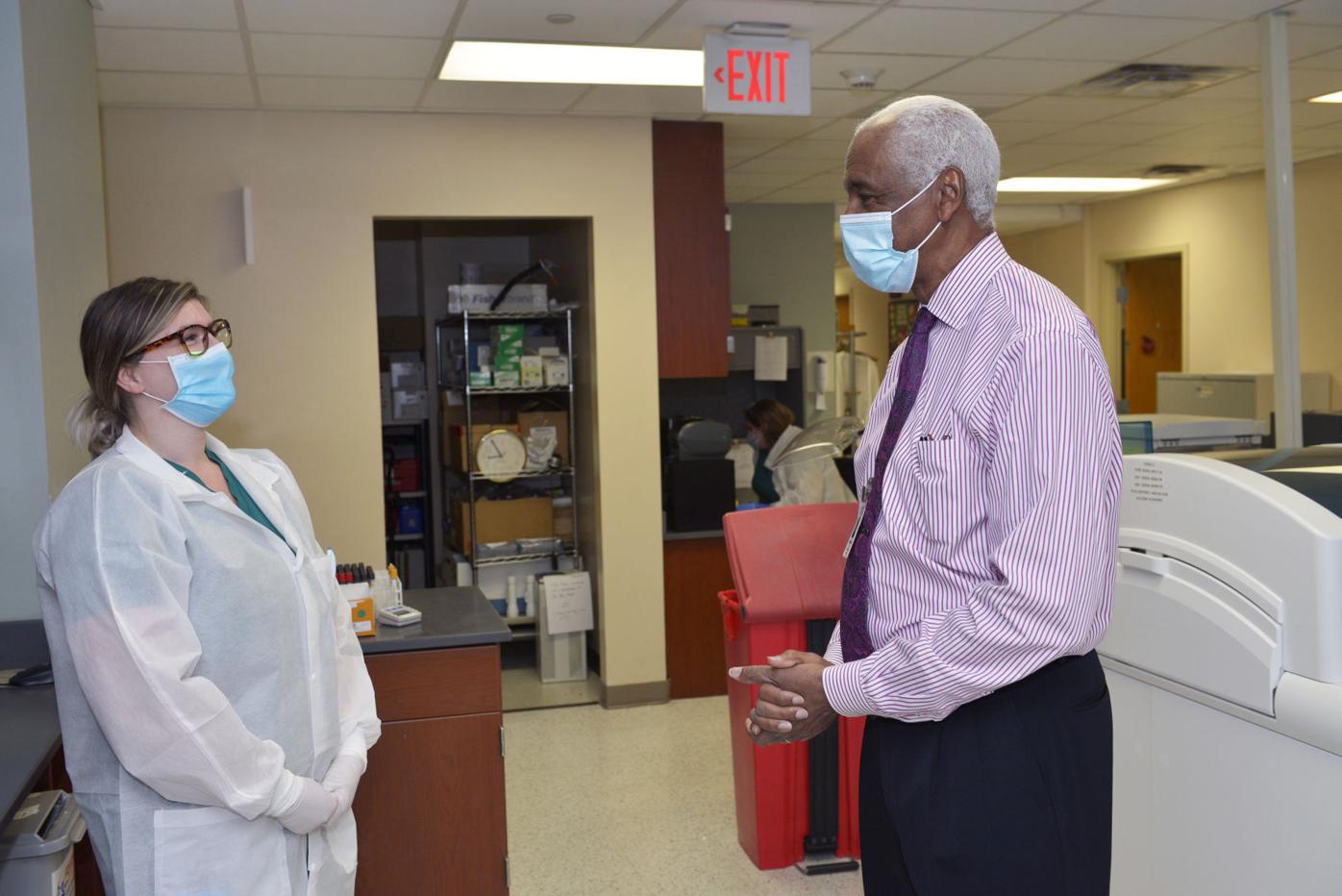 On May 26, George Neal plans to finally leave University of Maryland Charles Regional Medical Center where he’s worked for more than 43 years.

“I’ve never left the building. I’ve worked for [Physicians Memorial Hospital], I’ve worked for Civista, and I’ve worked for Charles Regional,” the interim laboratory director said, reflecting on his time at the La Plata hospital which has had three different names since it opened in 1939. “I’ve seen the building and organization grow. I’ve had different employees, different leadership, different management, different CEOs — all that represents change. ... I didn’t have to leave here to find change. Change came to me. And that’s why I stuck around.”

Neal is retiring from a career that started when pathologist Dr. Manuel Cockburn recruited him to attend then-Washington Hospital Center’s laboratory technology program straight out of high school, leading to a lab tech position at what is now Charles Regional, in 1973.

He spent nine months in the hospital’s lab when Cockburn enticed him to work at the doctor’s new lab startup in Waldorf. The private lab didn’t grow to the expected volume, so in September of 1977 Neal walked back through the door of what is now Charles Regional and never left.

Neal grew up on a St. Mary’s County farm where his father was a farmer. His now-deceased brother, James Neal, left the farm to become a microbiologist at the St. Mary’s County hospital lab. And when it was time for George to find his own way, his brother helped him connect with Dr. Cockburn, landing him on a similar career path in Charles County.

Evangeline Quemuel, a medical technologist who came to the hospital from the Philippines 16 years ago, said Neal has always been very professional and that she and her colleagues have always held him in high regard.

“Whenever we had problems, the very first person I would ever think of is George,” she said. “You can ask him anything.”

Neal has seen expansive growth of Charles Regional over the last four decades, as well as a great change in lab tests and equipment in that time.

“When I started, all the tests were done manually,” he said. “There was some automation, but to see that automation grow from where I started to where we are now — it’s been leaps and bounds. … It’s been quite an advancement.”

With all of the lab’s machines humming in the background just outside his office, Neal said he recalled that the lab had 10 to 12 employees working on a much lower volume of tests back when he began his career. Today, there are around 40 lab employees that keep accurate testing and documentation going 24 hours a day, seven days a week for the hospital’s patients.

“We have a very active emergency department that keeps us very busy,” Neal said.

The ongoing COVID-19 pandemic has added to the testing volume and strained the lab staff with the constant evolution of new needs as the country has progressed through different stages of the pandemic.

“Nothing can compare with COVID,” Neal said. “I can’t think of anything over the years, as an outbreak, that has been like this. It’s been challenging. … The technologists here have really stepped up and worked above and beyond their respective duties.”

While Neal is looking forward to getting back into some hobbies he enjoys — photography, cycling, and outdoor grilling — the 66-year-old hasn’t been planning his next moves.

He will be spending more time with his wife Maria, who he married in 1990, at their Prince George’s County home, along with his two sons and daughter.

“George shares his knowledge freely with others and has been a role model for all those who work with him,” said Noel Cervino, president and CEO of UM Charles Regional. “His kind and compassionate leadership helped us get through the darkest days of the COVID pandemic. All the years he’s worked here, we have been fortunate to depend on him as a key member of our staff, but we wish him the best in his future endeavors.”

“George will be greatly missed by everyone who knows him, which is a large percentage of the hospital staff,” said William Grimes, vice president of ancillary services. “He is a quiet, competent leader that leads by example and with compassion. His leadership contributions during this pandemic have been critical to our success and greatly appreciated by all. On top of it all, he is a genuinely nice guy. We will all miss him, but we wish him the very best in his new adventure.”

His colleagues at the lab aren’t looking forward to his last day, either.

“I will really miss working with him,” Quemuel said. “I wish he wouldn’t retire. His are going to be very hard shoes to fill.”

Sunny Schemery, who’s only known Neal for less than eight years but began her career under his tutelage, echoed Quemuel’s sentiments.

For Neal, the more than four decades he’s spent at Charles Regional has put him in contact with a lot of people he respects and will remember.

“It’s a true blessing for me,” he said of his career and the people he’s gotten to know. “I’m quite proud to have worked with so many inspiring people over the years.”

But like the cowboys in the old western movies he likes, Neal said his life journey isn’t over yet.

“I just want to ride off into the sunset and keep going.”