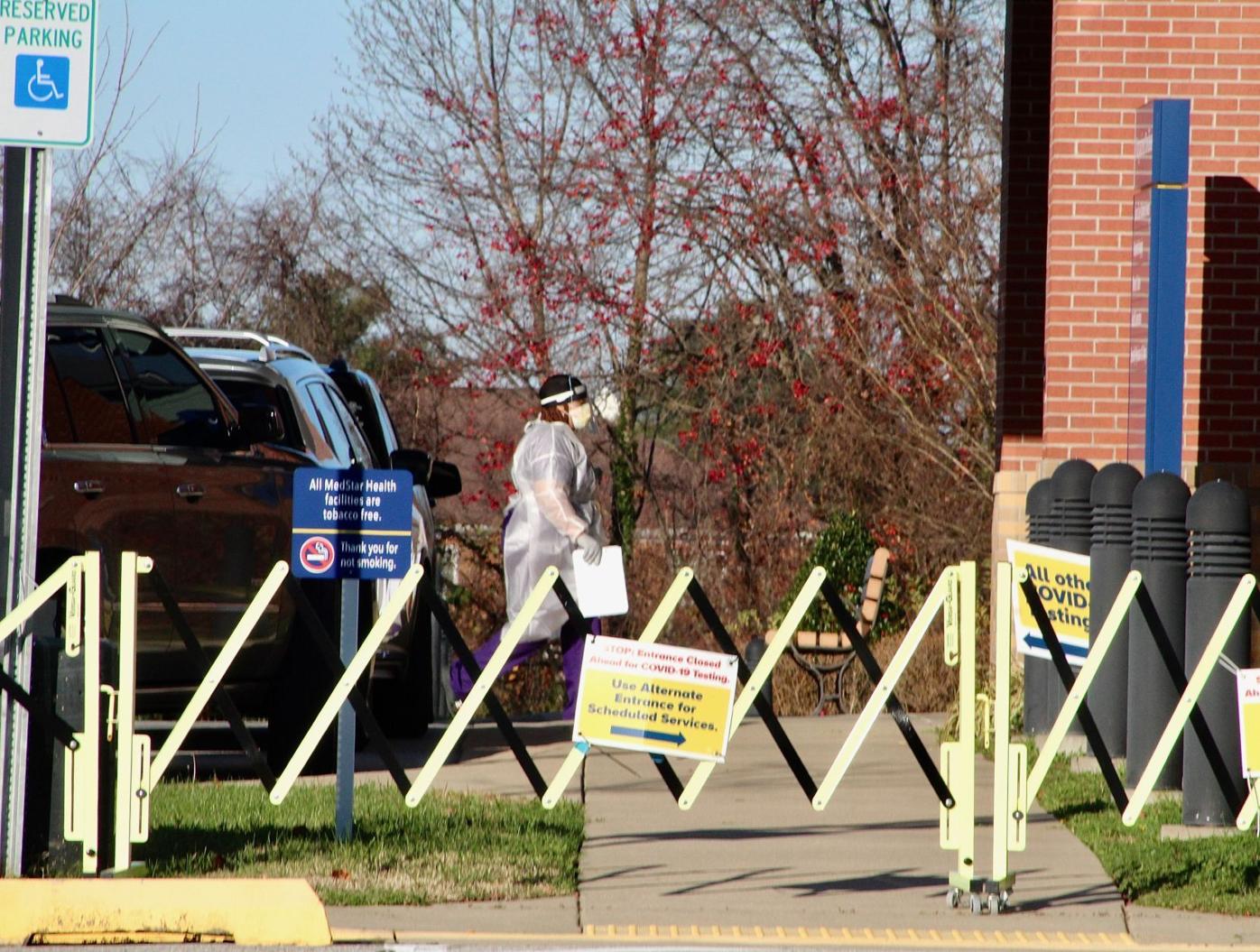 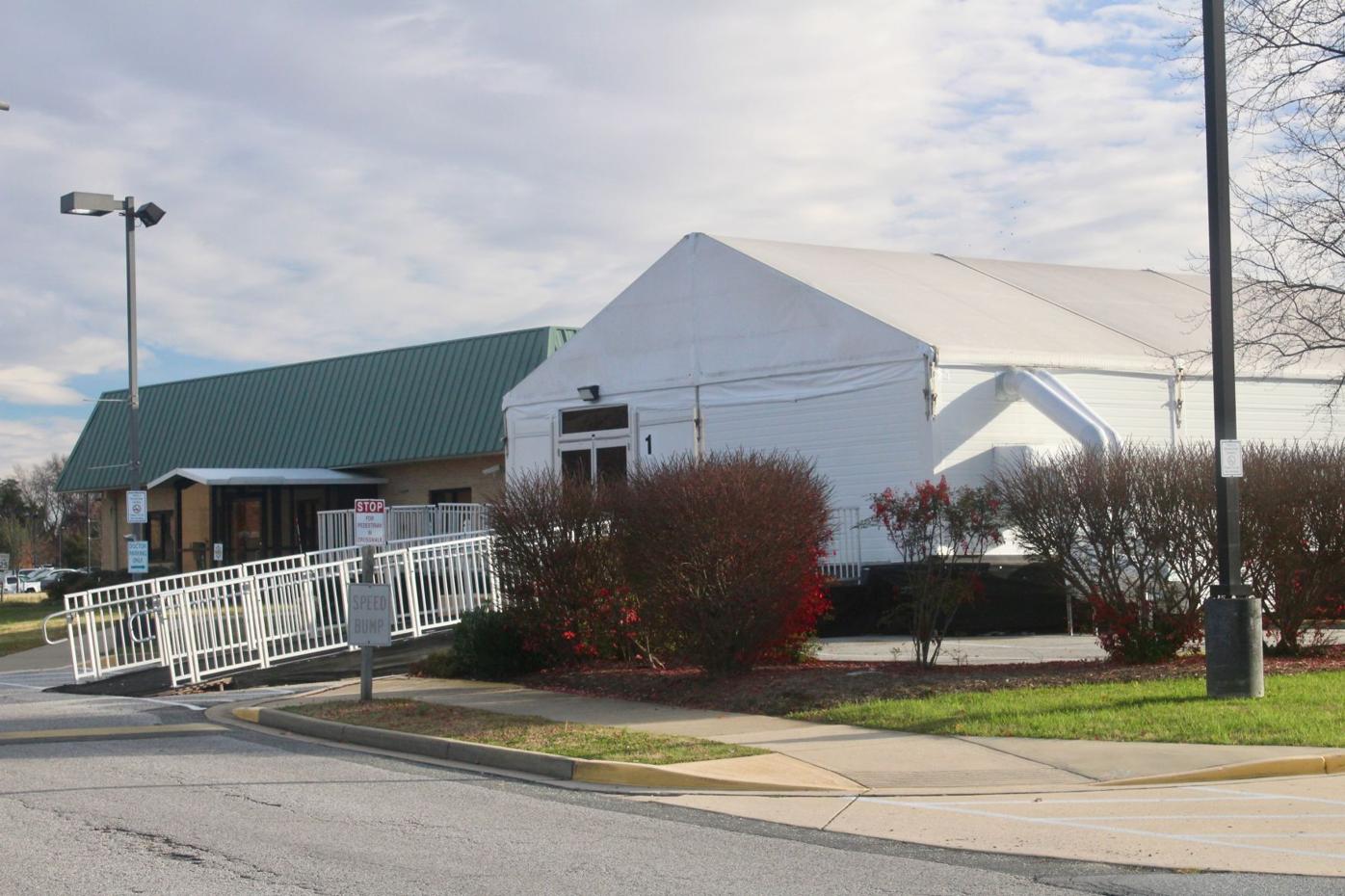 Two medical tents, or “mobile hospitals,” which were constructed at MedStar St. Mary’s by the state government, are ready to be used in the event of a surge. A third at the site is not outfitted, and another structure is ready to be used as a discharge center.

Two medical tents, or “mobile hospitals,” which were constructed at MedStar St. Mary’s by the state government, are ready to be used in the event of a surge. A third at the site is not outfitted, and another structure is ready to be used as a discharge center.

As Gov. Larry Hogan (R) announced measures to prevent hospital overflows throughout the state while COVID-19 cases rise sharply, the local hospital in St. Mary’s County says although there is no current surge of patients, staff are preparing in case one comes.

On Tuesday, Hogan announced that with 21 hospitals within Maryland at 90% capacity, and an expected rise in cases and hospitalizations, he would issue an executive order allowing broader authority for paramedics and emergency technicians to work in clinics and field hospitals, as well as allowing medical and nursing students to become part of staffing surges.

At MedStar St. Mary’s Hospital, the medical facility is gearing up in case of a surge, but officials said there was no current overflow of patients.

Asked if there was an issue with capacity at MedStar St. Mary’s due to the pandemic, Dr. Stephen T. Michaels, the chief operating and medical officer for the hospital, said on Wednesday the hospital has “not come close” to using its pre-surge bed capacity.

MedStar St. Mary’s spokesperson Holly Meyer said the current hospital census on Tuesday was 95 patients, which was a “typical number for this time of year.”

The hospital is licensed with the state for 93 beds, but that number has no meaning in practice, Michaels said. The state adjusts that number yearly based on the previous year’s average patient census.

In addition to that, the hospital can also surge to temporary tents outside, which were set up by the state government, if a patient surge cannot be handled within the hospital.

Two of the three “tents,” which Michaels called “mobile hospitals,” outside of the building are outfitted with ten beds each and ready to be used if necessary, but have not been used yet.

The third tent on the property is not outfitted yet, and another structure on another piece of land is ready to be used as a community discharge center, where patients will not necessarily be treated, but will recover there if necessary, Michaels said.

The county as a whole has seen a spike in hospitalizations for COVID-19, but not to the point seen earlier last spring.

On Monday, another news outlet shared an update from MIEMMS, a statewide EMS service which alerts EMS units when hospitals fill, which said the hospital had reached a red alert, meaning it did not have any ECG monitored beds left.

Meyer called the posting “misinformation,” as the hospital had not reached a red alert, and was not turning patients away.

She said a code yellow was briefly in place due to several high priority patients who were hospitalized for non-coronavirus reasons, and the request was for EMS to divert to other locations, if possible.

MIEMMS records say a yellow and red alert started and ended within seconds of each other and lasted for 2.92 hours at the St. Mary’s hospital on Monday.

“The appropriate color was yellow,” Michaels said. “I can’t speak to who actually pushed the button,” later adding the hospital had monitored beds available.

Michaels also said the code had “nothing to do with COVID.”

Other hospitals in the region go into codes more often, as well.

In November, St. Mary’s only called a code once, on Monday, for less than three hours.

CalvertHealth Medical Center was on yellow alert for over 20 hours and red for 37.75 during November, according to MIEMMS. Charles Regional Medical Center in La Plata had zero calls for both, while MedStar Southern Maryland Hospital in Clinton was on yellow for less than four hours and on red for close to 50 hours during the month of November.