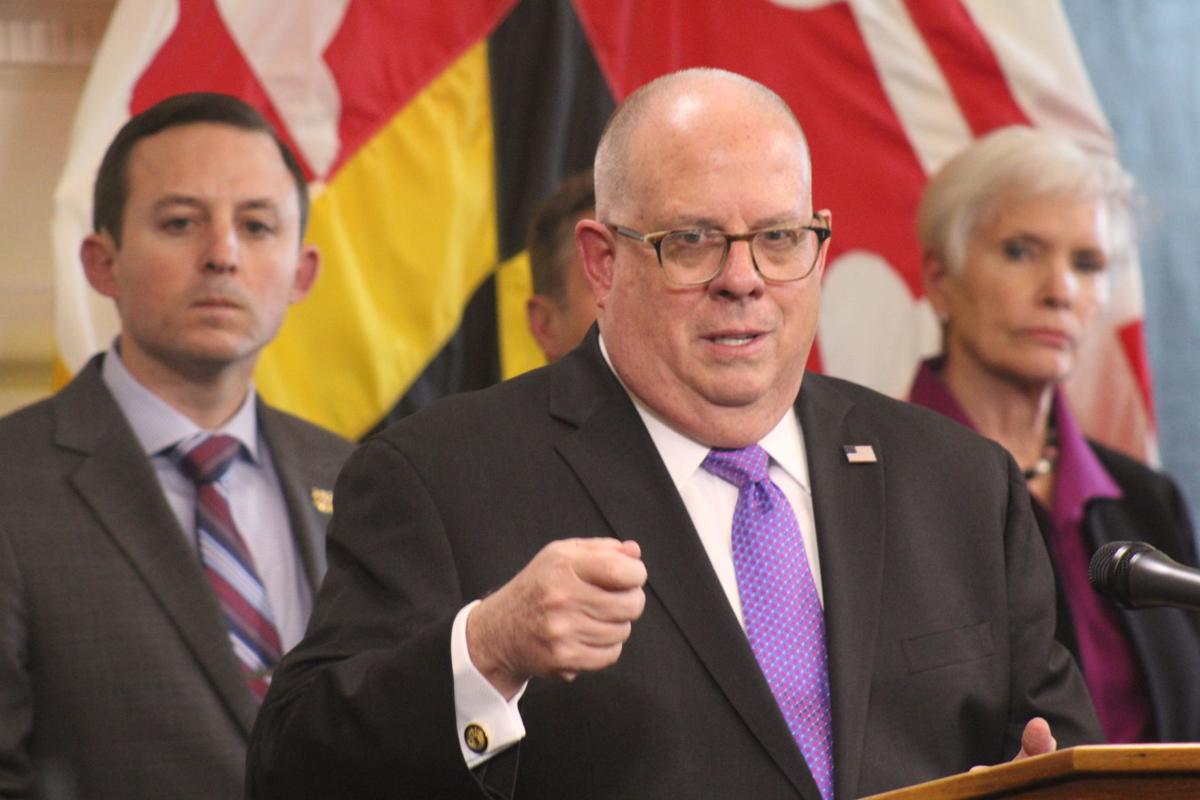 Gov. Larry Hogan (R), during a press conference on Monday ordered the closure of all “nonessential” businesses across Maryland by 5 p.m. March 23, to help combat the spread of the novel coronavirus and COVID-19. 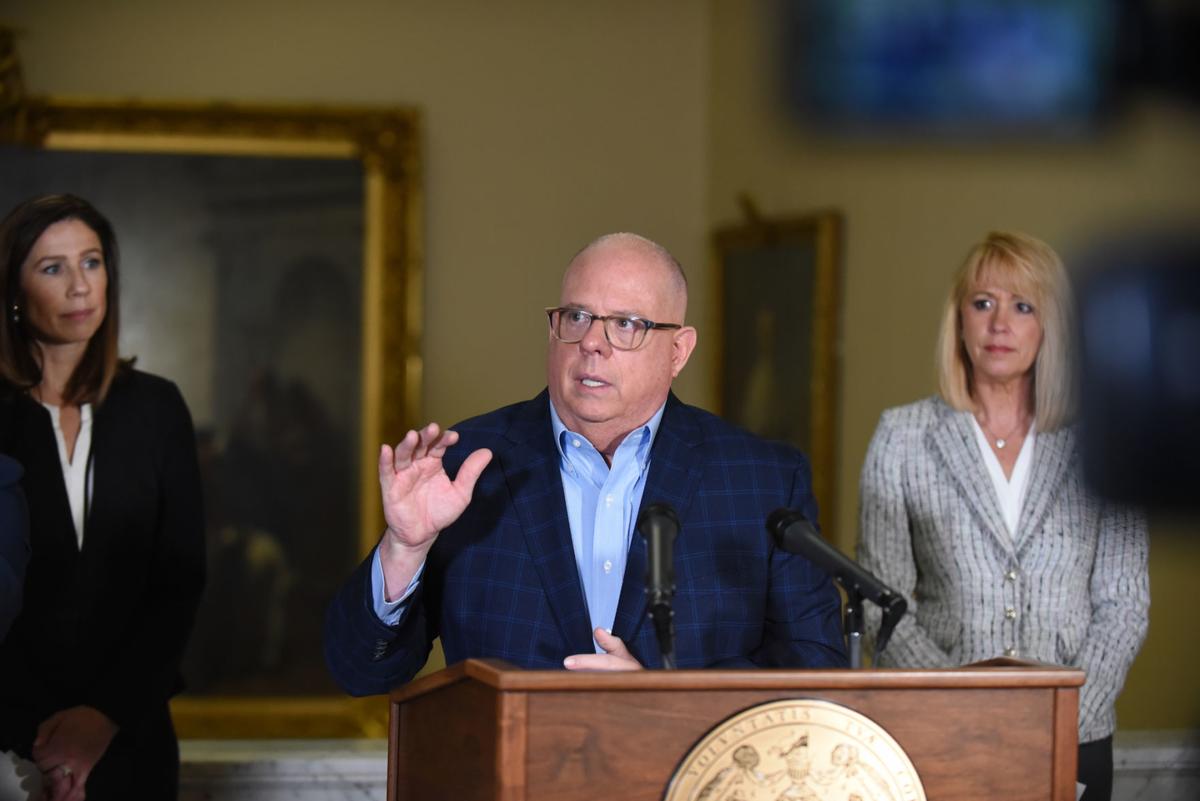 Gov. Larry Hogan is shown here in a photo courtesy of the Governor’s Office during a press conference Monday, March 23. He ordered the closure of all nonessential businesses across Maryland by 5 p.m. March 23 to help combat the spread of the novel coronavirus.

Gov. Larry Hogan (R), during a press conference on Monday ordered the closure of all “nonessential” businesses across Maryland by 5 p.m. March 23, to help combat the spread of the novel coronavirus and COVID-19.

Gov. Larry Hogan is shown here in a photo courtesy of the Governor’s Office during a press conference Monday, March 23. He ordered the closure of all nonessential businesses across Maryland by 5 p.m. March 23 to help combat the spread of the novel coronavirus.

Maryland public schools will remain closed for at least four more weeks, Gov. Larry Hogan (R) announced during a press conference Wednesday morning, with the possibility they may be closed for longer as the state grapples with the ongoing COVID-19 pandemic.

"I'm a hopeful guy, and I would love the thing to be resolved as quickly as possible, but I don't think we can predict what this virus is going to do and you can't put a time frame on saving people's lives," Hogan said. "We're going to make decisions based on the scientists and the facts."

"None of us can say that in four weeks, everything's going to be great and it's going to be safe for all the kids to go back to school. It's somewhat aspirational, and it gives four weeks for us to try to have all the schools prepare," Hogan added.

Hogan noted that the state's efforts to curb the spread of the virus began only 20 days earlier, with the discovery of the first three confirmed cases.

Schools were ordered closed from Monday, March 16, through Friday, March 27, following the March 12 discovery of the first identified case of community transmission of the virus.

“The reality is, this crisis is only beginning in our state and across America,” Hogan said. “What we do know is, it's not going to be over in a matter of days or weeks.”

Maryland State Superintendent of Schools Karen Salmon broke the news during the governor's press conference that schools will now be closed through April 24.

"We do not make this decision lightly," Salmon said. "However, with the challenges facing our state and our country, we have a responsibility to ensure the health and safety of our school communities and the community at large."

Salmon said the Maryland State Department of Education is working with the state's 24 school systems to provide "continuity of learning" to all students, including those with disabilities, and local school systems will be in communication with their communities in the coming days to detail what that entails.

Salmon said that over the next four weeks, the state will consider various avenues to make up for lost school time, including extending school into the summer months.

“We are going to look at all sorts of creative solutions going forward,” Salmon said. “We may look at an extended [school] year … we're trying to get geared up to do the continuity of learning piece first, and then we'll have some time, once we get that down, to see how effective it is, then we can start planning for other kinds of things moving forward.”