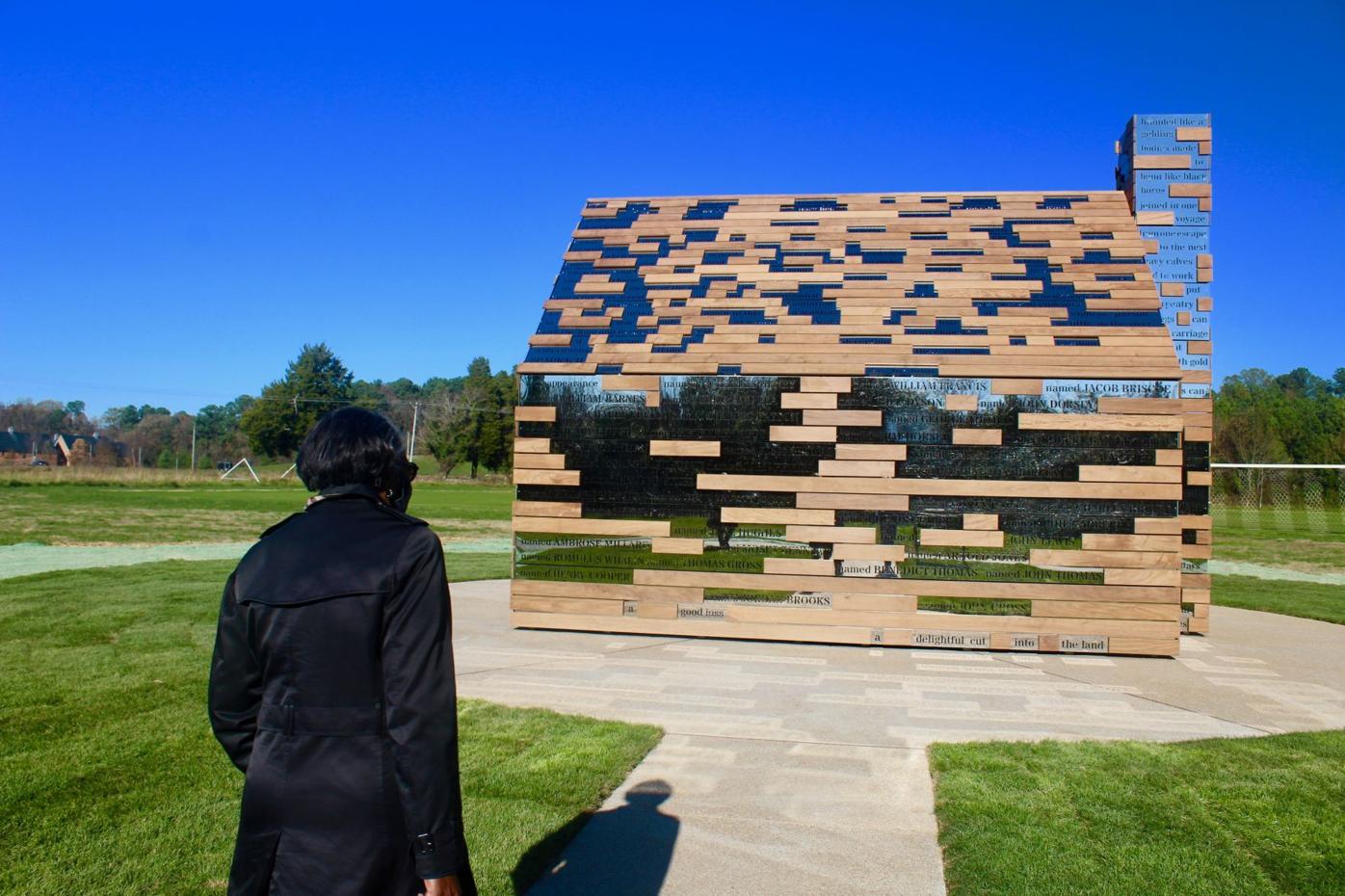 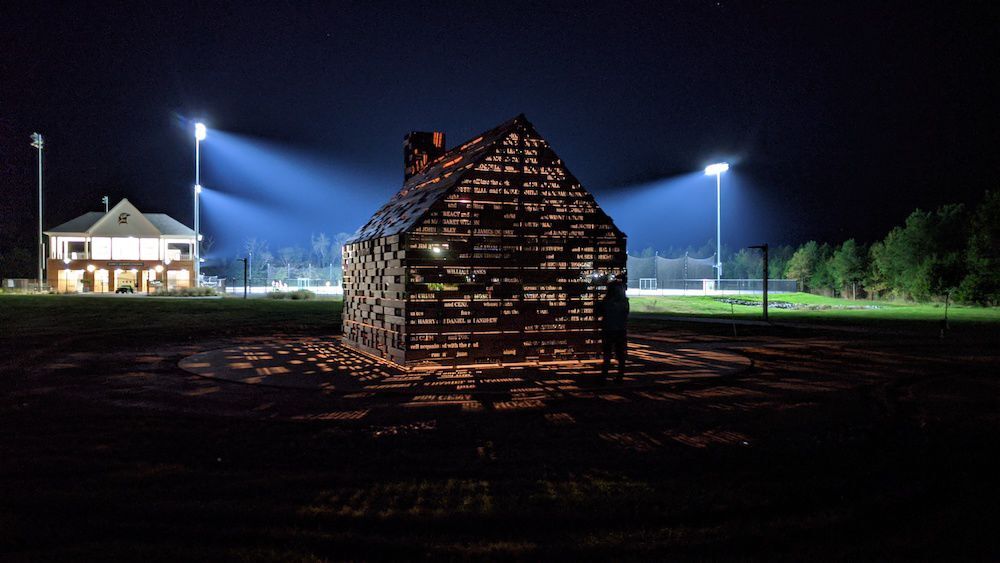 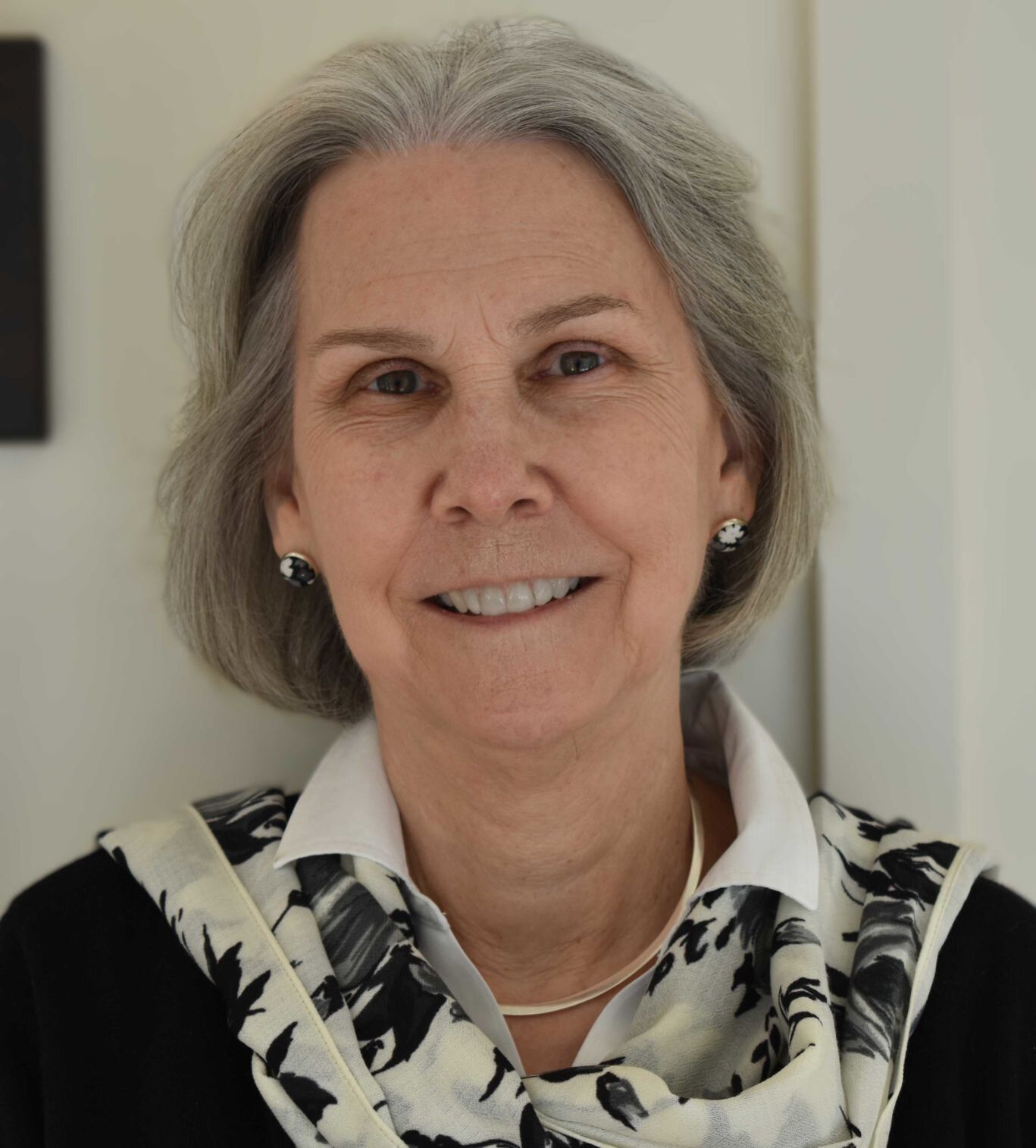 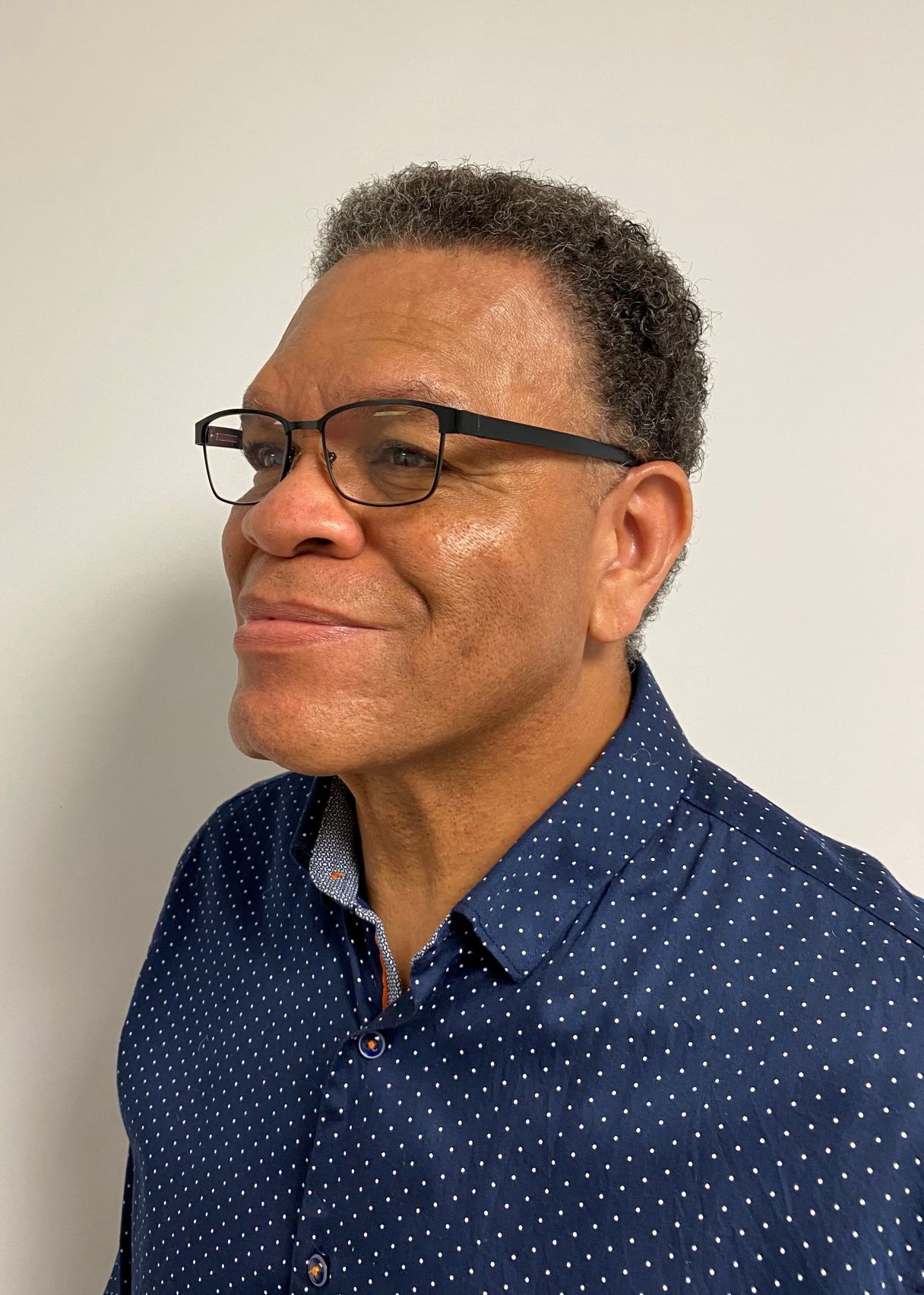 Blue skies reflected off a new memorial unveiled this past weekend at St. Mary’s College of Maryland, on the site where evidence of former slave quarters were recently unearthed on the college’s new athletic field.

The memorial, a product of years of work following the college’s announcement in early 2017 of the discovery of the quarters, intends to give a voice to those who were enslaved on the college’s grounds both before and after the college was established in 1840.

Outside the recently unveiled memorial on Friday afternoon, St. Mary’s College President Tuajuanda C. Jordan said the commemorative goes beyond telling the story of St. Mary’s County and gives a voice to those who remain voiceless in antebellum history. The commemorative mimics the several “ghost frames” in Historic St. Mary’s City, but is built with reflective surface display etchings of “erasure poetry” based on historical documents from the area.

“We have Historic St. Mary’s City, which tells the history from the colonists’ perspective, and Historic Sotterley, which tells it from the side of the slave owners,” Jordan said, noting the voices of enslaved people have been “taken out of the narrative.”

Both museums in recent years have created exhibits relating to enslaved people.

“Nobody knew what would be out there” on the site of the new athletic fields off Mattapany Road, said Julie King, an anthropology professor at the college whose students assisted in an archaeological dig, required by the state for construction, prior to the uncovering of artifacts.

But evidence soon inferred that there were three or four households for enslaved people, who were considered the property of John Hicks and John Mackall, who lived on what is now part of the college’s residential area between 1750 and 1815.

The college immediately moved the planned site of the athletic field, and focus groups were tasked to determine how to honor and recognize the lives of people who were enslaved on the site.

“It was a very interesting and engaging committee,” said Jeffery Coleman, an English professor and African Diaspora studies coordinator at the college, who chaired the commemoration committee. “It was definitely not an easy process.”

One of about “a dozen” ideas was a commemorative site, Coleman said. Committees formed to narrow down a concept, and eventually, a design proposed by RE:Site, an art firm in Texas with a focus on public art and memorials, was chosen.

The “erasure poetry” which builds the memorial’s walls, created by poet Quentin Baker, blocks out parts of historic documents, including slave depositions, probates, journals and runaway slave advertisements placed in newspapers, to create commemorative verses of poetry, which project onto the surrounding area at night.

Coleman said the campus community particularly enjoyed the erasure poetry, noting the college’s connection to former Maryland poet laureates Lucille Clifton and Michael Glaser, who both taught at the college.

On Saturday, the college held a virtual dedication to the commemorative memorial, where college and state officials, as well as multiple students, spoke on the significance of the memorial.

“People were here,” Garrey Dennie, a professor of history at the college said in the dedication, “They lived lives which were at time, absolutely awful. And we, as the inheritors of this space, we have an obligation to honor those lives.”