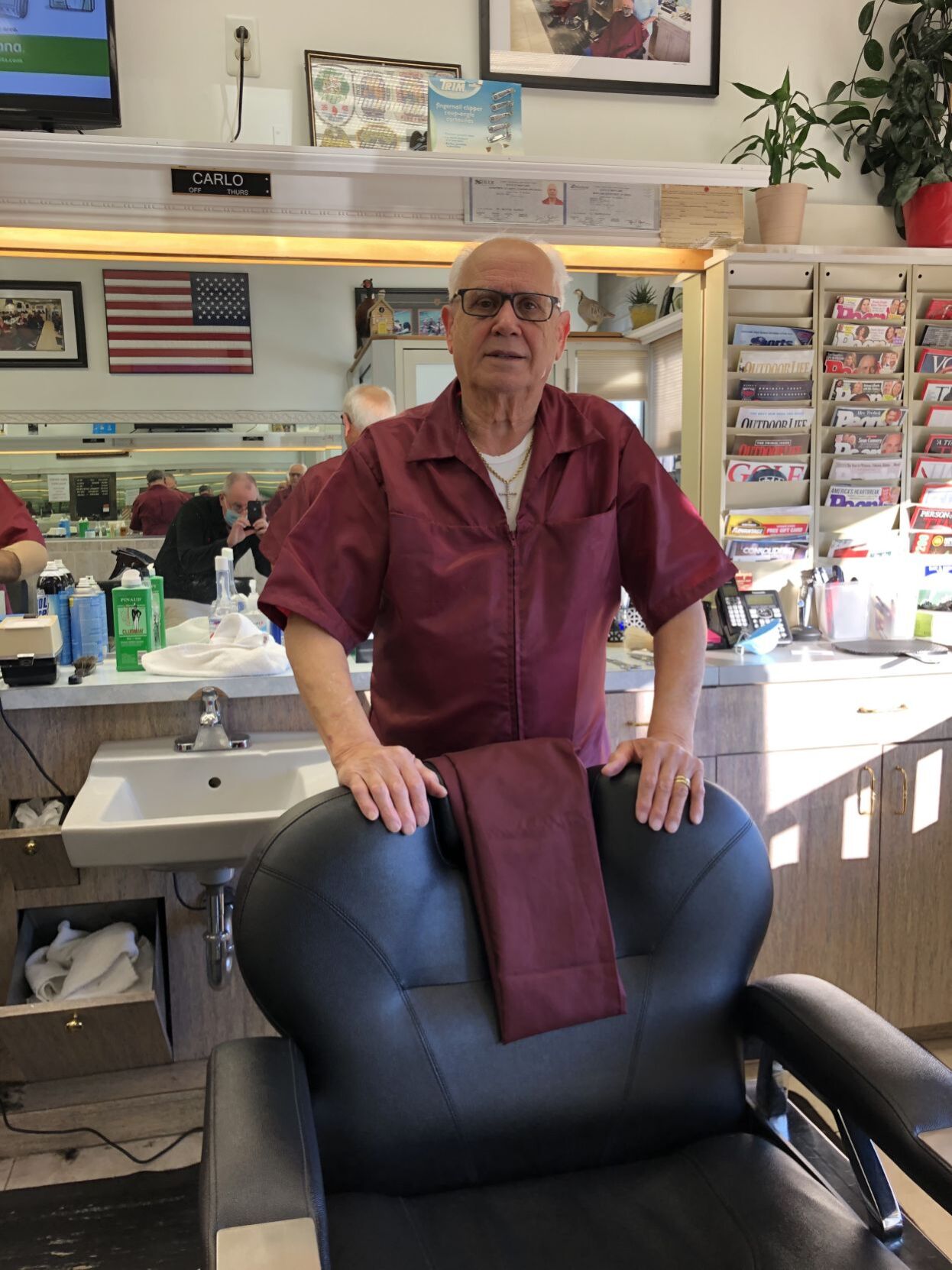 Longtime Prince George’s County resident Carlo Cicala has owned and operated the Seabrook Barber Shop since it opened in its original and current location since the fall of 1961, a span approaching 60 years. 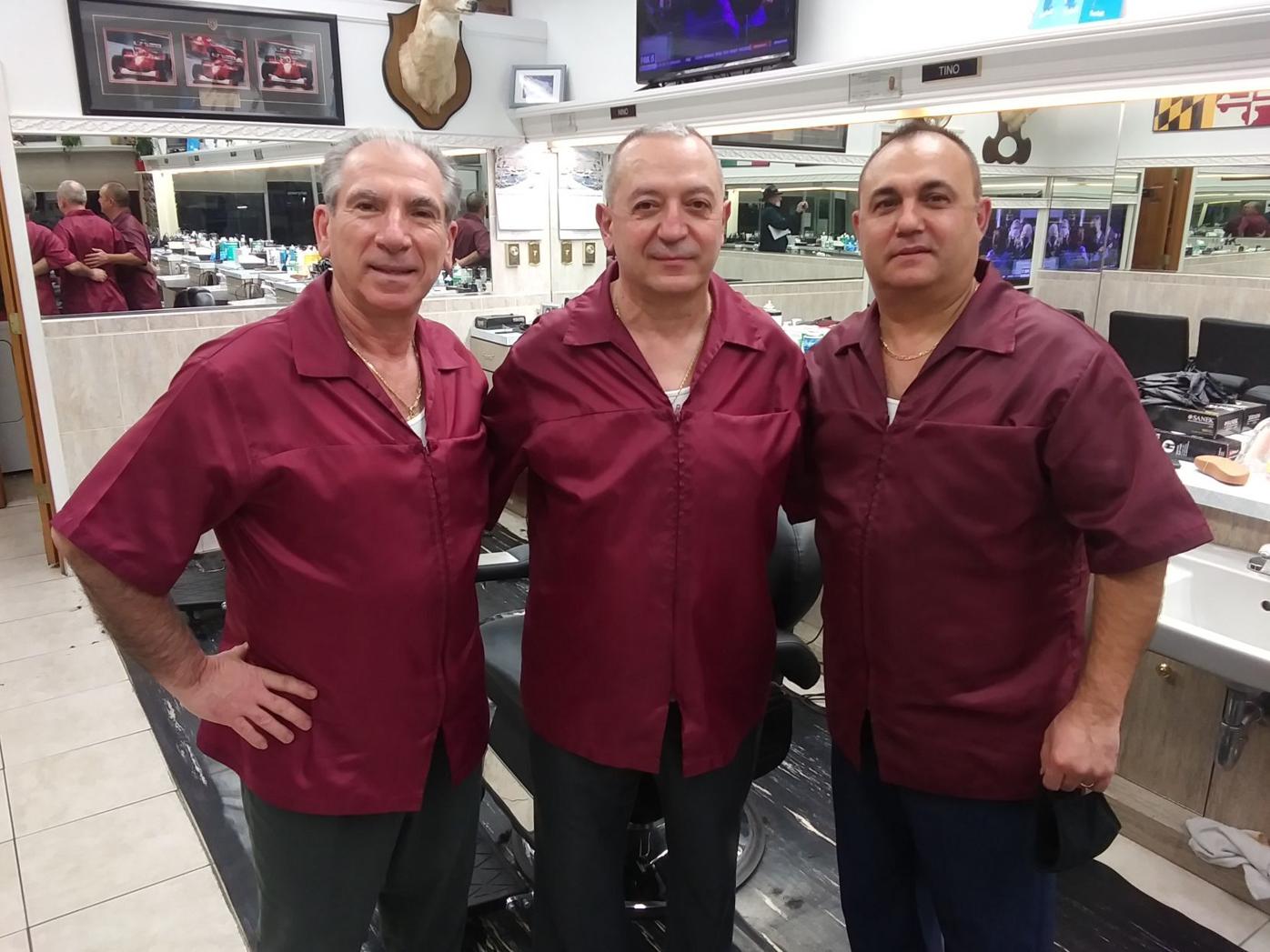 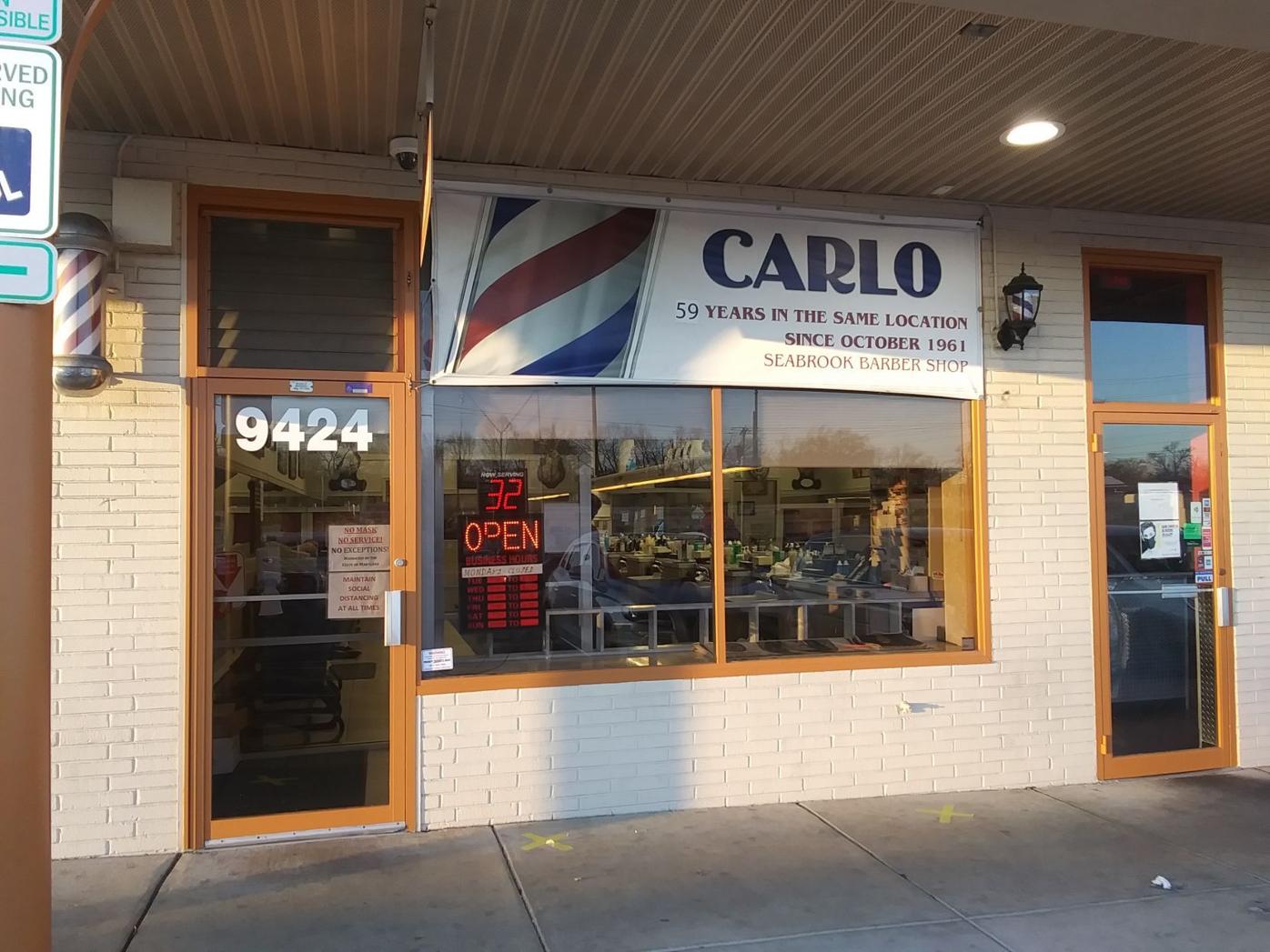 The banner hanging outside the Seabrook Barber Shop in Seabrook tells the story of its lengthy existence as Carlo Cicala has owned and operated the shop since the fall of 1961.

Longtime Prince George’s County resident Carlo Cicala has owned and operated the Seabrook Barber Shop since it opened in its original and current location since the fall of 1961, a span approaching 60 years.

The banner hanging outside the Seabrook Barber Shop in Seabrook tells the story of its lengthy existence as Carlo Cicala has owned and operated the shop since the fall of 1961.

In the fall of 1961, Prince George’s County resident Carlo Cicala purchased the Seabrook Barber Shop with the hopes of providing a living for his family. Suffice to say, now an even dozen U.S. Presidents later and through blizzards and a pandemic, Cicala has exceeded all of his previous modest expectations.

Cicala, who will turn 83 in May, has walked into the Seabrook Barber Shop in the same strip mall along Lanham-Severn Road and manned the first chair inside the entranceway through good economic times and humbling ones brought on by several recessions and the ongoing COVID-19 pandemic. Now at the outset of his seventh decade in the same location, Cicala took time to reflect on a lifetime of memories

“Sixty years is a long time to be in one place,” Cicala said. “But, I wouldn’t have had it any other way. When I purchased this place in 1961, we always had a lot of the same customers. But now a lot of them are older and have moved or they’re staying home because of the pandemic. Business is slow now, but it will pick up again in the spring and summer when people need hair cuts.”

Cicala’s longevity in the business stems largely from his attitude of always putting the customer first and now he cutting the hair of the great grandsons of some of his earliest clientele. Along the way the Seabrook Barber Shop has also maintained a genuine family feel, with his younger brother, Vince Cicala, 71, and his three son-in-laws, Joe Faudale, 64, Tino Russo, 57, and Nino DeLuca, 54, having worked for him for a combined sum of nearly 100 years.

Joe Faudale, who is married to Cicala’s older daughter, Mina, has worked for his father-in-law for nearly 35 years. Like Cicala, Faudale grew up in Italy and arrived in the United States looking to build a career and a family and did so within the same location.

“It’s been great being able to work for him,” Faudale said. “When we’re here, we’re all business. But when we get together, we have a good time. He’s been here a long time — 60 years. I’ve been a here long, but I would have to be here another 25 years to catch up to him. I don’t know if that could happen.”

Tino Russo, 57, who is married to Cicala’s second daughter, Jan, has worked at the Seabrook Barber Shop for nearly 32 years with his father-in-law and two other in-laws.

“We work together every day and it’s nice,” Russo said. “My father-in-law is always here. He does anything he can to help. We have a lot of the same customers. It’s not as busy now because more people stay home. But business will pick up.”

Nino DeLuca, who is married to Cicala’s youngest daughter, Nancy, has worked for his father-in-law for nearly 30 years, having previously been employed as an electrician after growing up in Belgium.

“He’s a great guy,” DeLuca said of Cicala. “He treats everyone the same. He loves all his daughters and his grandchildren and he treats them all the same. He doesn’t show any favoritism. He’s been here 60 years because his customers know he is going to treat them with respect and so do we.”

Longtime Lanham resident Tom Hayden has been a faithful customer at the Seabrook Barber Shop for the better part of five decades and he always enjoy seeing Carlo and his brother, Vince, who is his favorite barber.

“It’s hard to believe he’s been here 60 years,” Hayden said. “It’s a great place to sit down and get a haircut. I always wait for Vince. He’s been cutting my hair for 30 years now. I’ll keep going back as long as they’re open.”

Cicala arrived in the United States from Italy in the mid-1950’s and worked as a barber in several different locations before purchasing a home in Lanham and then the Seabrook Barber Shop in the fall of 1961. He and his wife, Antonina, raised three daughters, Mina, Jan and Nancy and they now have six grandchildren.

“I’ve had a great life,” Cicala said. “I came here and found a job I love, got married, have a great wife and three daughters and my three son-in-laws work for me. At work, we’re all business. But when the families all get together, we have a great time. I always treat all my kids the same and I always treat all my customers the same, whether they are millionaires or not much money at all.”