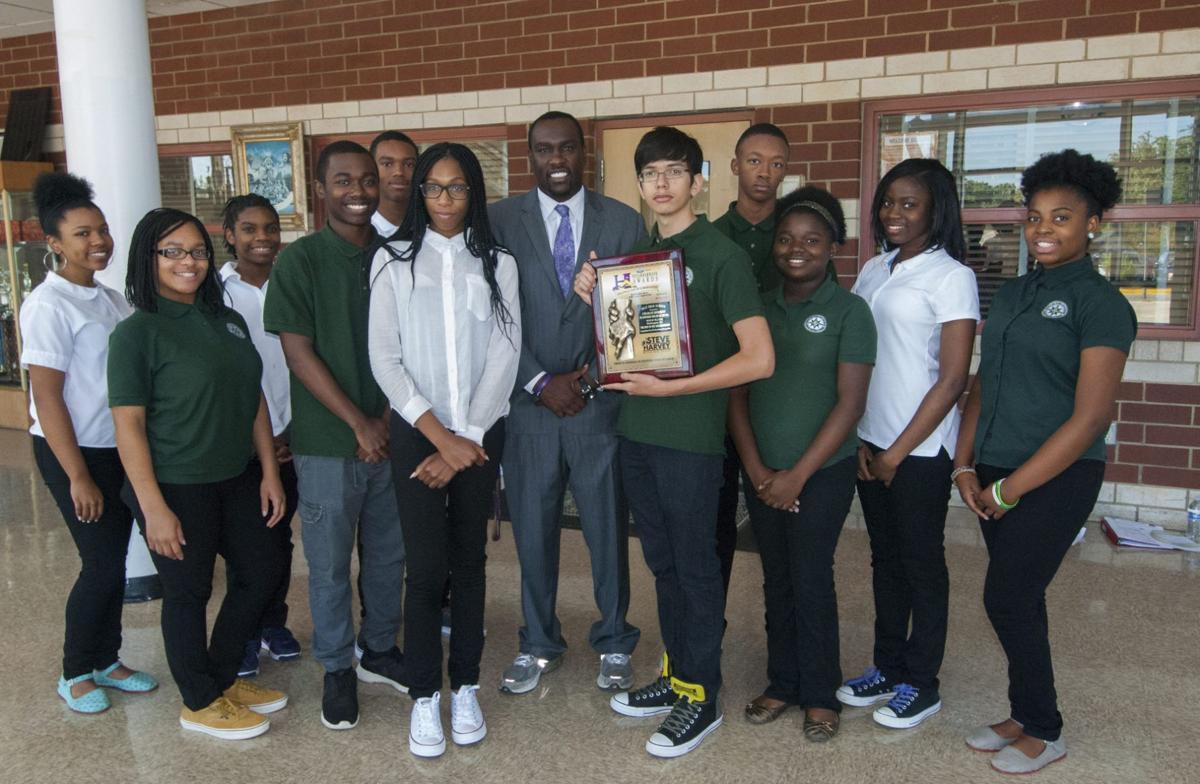 Principal Gorman Brown, center, poses with his group of national merit scholars with the 2015 Neighborhood Award for Best High School in the nation. 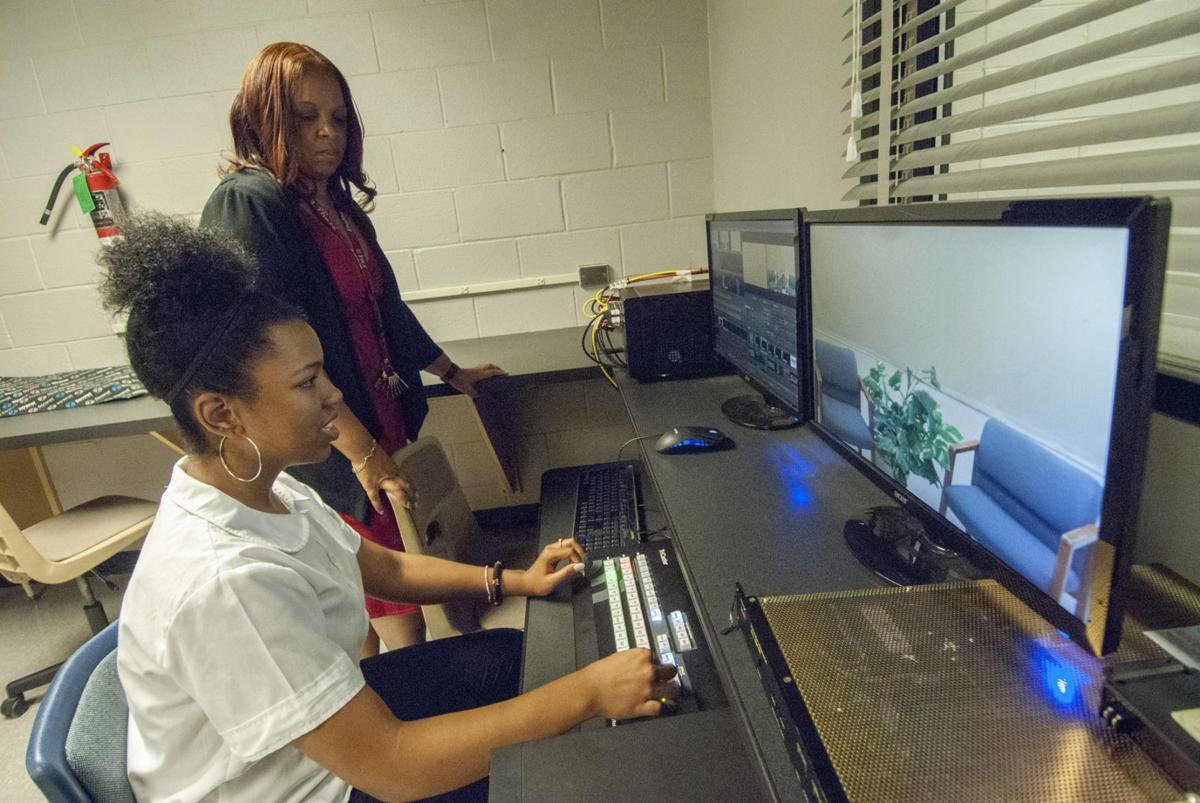 Tara Jones, left, television production instructor, provides hands-on guidance to one of students in the studio. 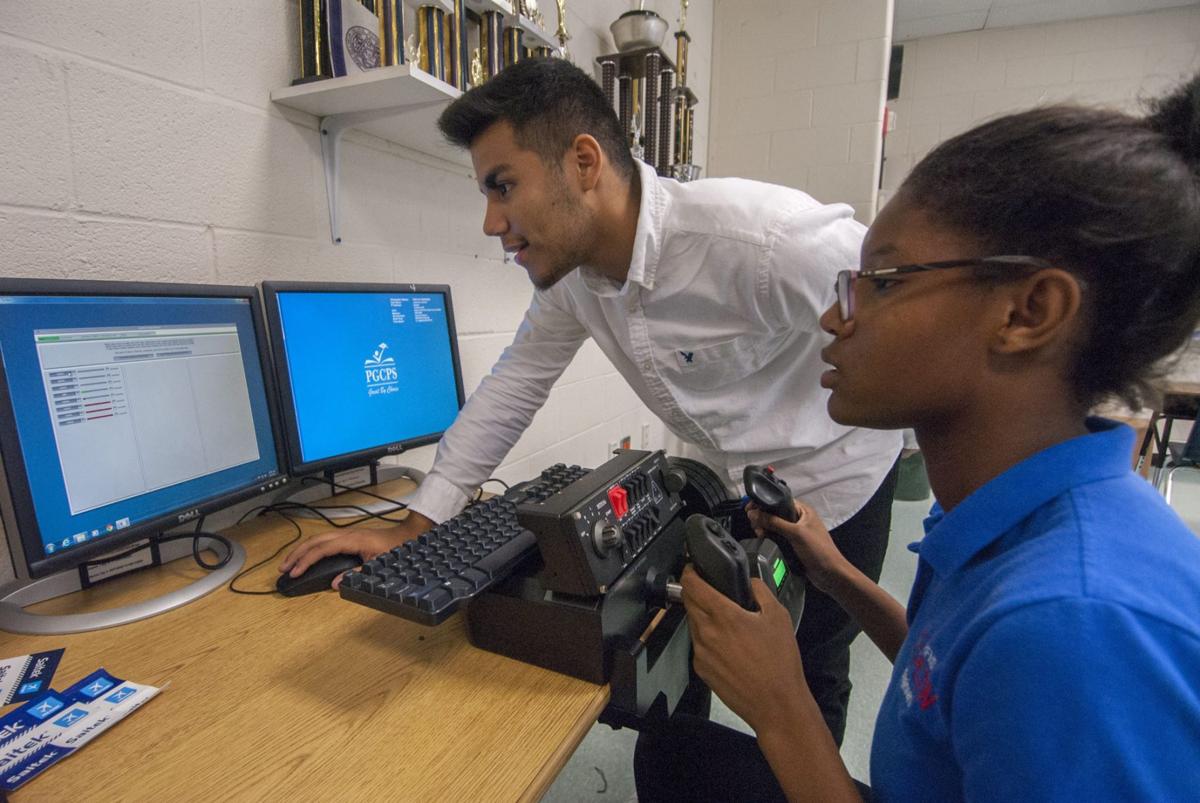 Kevin Sandoval and Cameron Wilcher conduct tests on the flight simulator in the ROTC class. 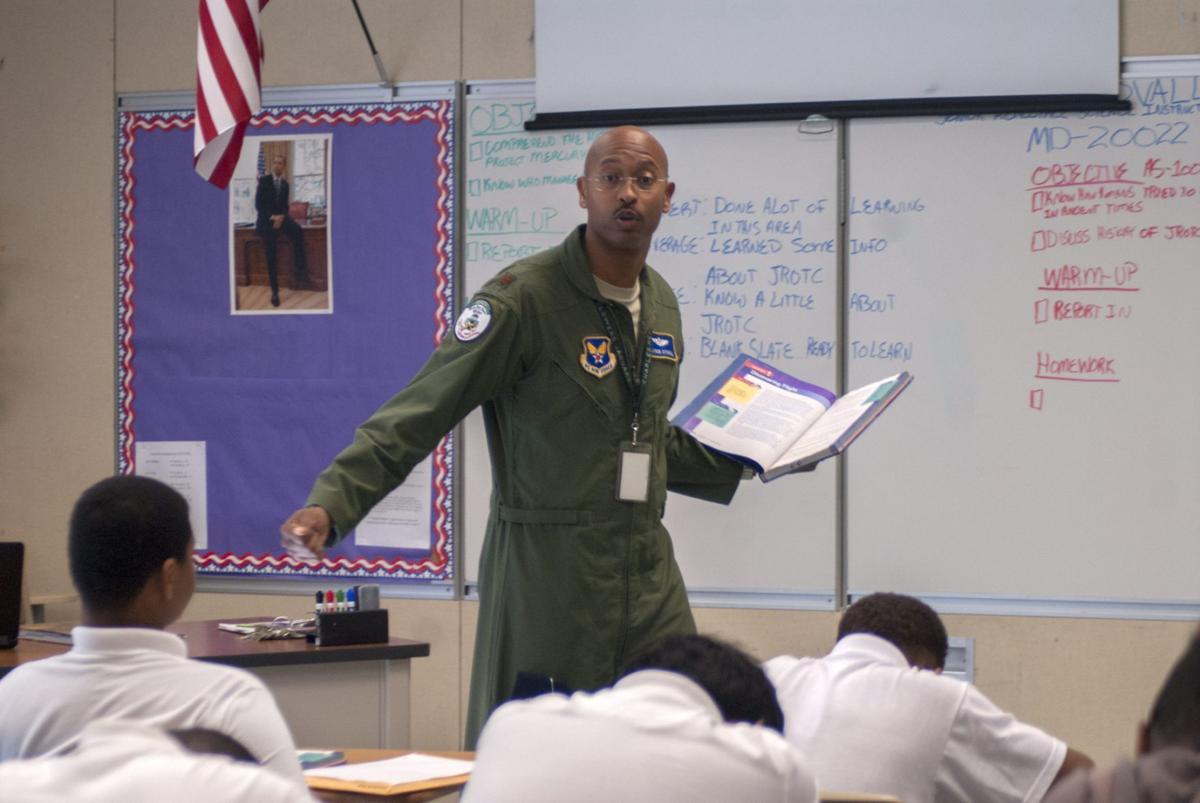 Principal Gorman Brown, center, poses with his group of national merit scholars with the 2015 Neighborhood Award for Best High School in the nation.

Tara Jones, left, television production instructor, provides hands-on guidance to one of students in the studio.

Kevin Sandoval and Cameron Wilcher conduct tests on the flight simulator in the ROTC class.

The staff and students of Charles Herbert Flowers High School are still basking in the celebration of winning Steve Harvey’s Best High School in the nation for 2015 during the 12th Annual Neighborhood Awards held at the Philips Arena and the Georgia World Congress Center in Atlanta on Aug. 8.

Formerly named the Hoodie Awards, producer Rushion McDonald created the community recognition awards show with actor, comedian and talk show host Harvey in 2001. The event originated in Los Angeles before relocating to Las Vegas for seven years and was broadcast over Harvey’s radio show in Atlanta.

Flowers competed in the fan-nominated awards, which offer 12 competitive categories including best church, beauty salon, barbecue restaurant, community leader, high school, barbershop and church choir for their contributions and excellence within their own neighborhoods — with the winner succeeding based on voting.

Brown noted some of the key components for winning the award came from the belief of people who belong to this school community.

“The talk became the energy behind the actual vote-piece that overcame Cass Tech. So to be able to unseat them was a pretty monumental task. This was our first win,” Brown said.

“I’m excited, and I think it speaks to the work that is being done here at Flowers High School and what we need to accomplish moving forward,” Brown noted.

Brown explained, “We’re pushing to have more students become National Merit Scholars, more in AP classes, more working toward scholarships, and more to take dual enrollment classes while they’re in high school. We’re pushing for more students to actually embrace the piece of being a member of the best school in the nation, not just being one the best schools in the area.”

Brown said, “When I got here four years ago, I found the school already in a strong position. So what we’ve done is to kind of differentiate learning experiences for young people so that we could connect them to their passion and therefore accelerate them toward being college and career ready. And do so in a manner that allows them to have a track that connects them to what they want to do as a career.

“We have not yet arrived, but we’re doing well,” Brown said, quoting a graduation rate equivalent to the best in the county. “I don’t want to be just a great school in our county; I want to be considered a great school nationally.”

Air Force ROTC cadet 2nd Lt. Paris Fosten said, “It was very exciting to win the award, considering I never thought we would get best high school in the nation. But, with Principal Brown and his way of trying to progress the school forward, it didn’t come as a complete shock, because he encouraged all of us to go vote and win,” said the high school senior, who wants to major in computer science with programming and codes in college.

“We have one of the best TV production programs in the county, run by Tara Jones, our television production instructor,” Brown said.

Jones noted, “I’ve been teaching television production at Flowers for 14 years and the program has grown exponentially over that time. The class sizes have quadrupled in interest from students who are thinking about their chosen career path earlier,” said Jones.

“They get hands-on opportunities to learn how to produce, direct, write scripts, learn how to operate all of the equipment in the studio and they truly learn how to create television from concept to execution,” Jones explained.

“I think that overall Flowers holds up to its image as a Mecca of excellence, because of the many departments we have here. The teachers strive to make us as successful as possible; especially with all the teachers that I’ve had,” said Maya Cherry, TV production student.

“They’ve done everything possible to help us get to where we need to be, especially Ms. Jones. I was getting interviews to go to journalism programs and she helped me with recommendations. They didn’t necessarily hold our hands, but they’re teaching us how to transition into the real world. We’re not just a number here; you’re actually a student and have a name,” Cherry added.

“We believe that you develop or get kids to be motivated by creating strong relationships; because that’s how you get to know what their dreams are; what they aspire to. Those relationships have translated into a positive school culture here. So when the call came for Steve Harvey, it was easy for us to get everyone together and focus our efforts in winning this award. Not just within our school, but our alumni, community members — everybody — galvanized this support; showing that the work here at Flowers is being recognized,” Brown noted.