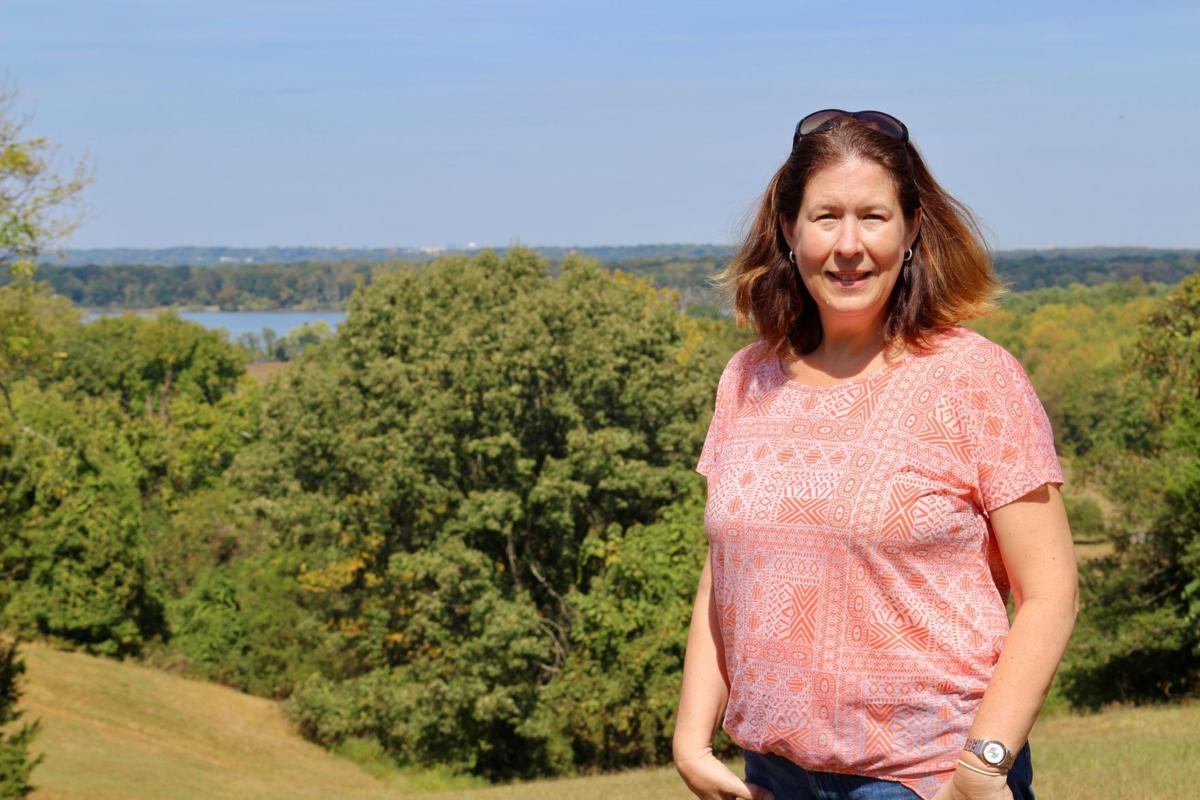 Theresa Cullen took on the role of executive director for the Alice Ferguson Foundation in late August. 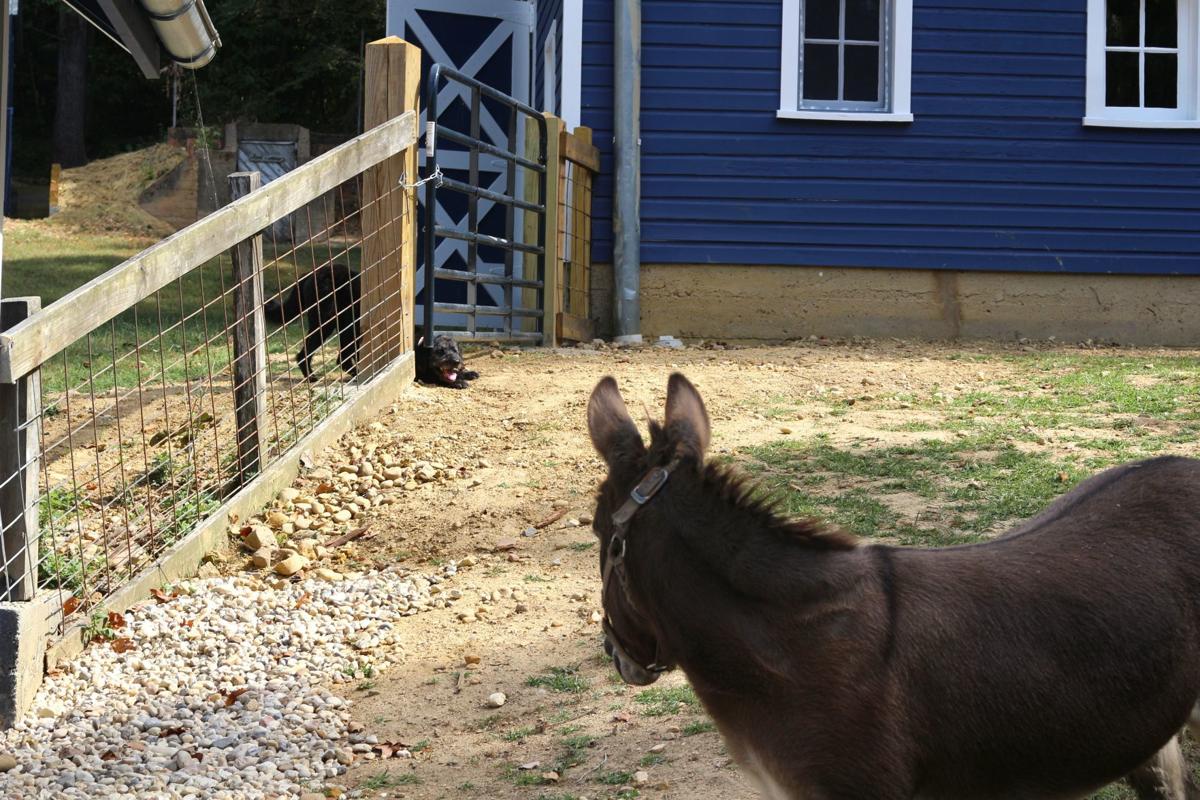 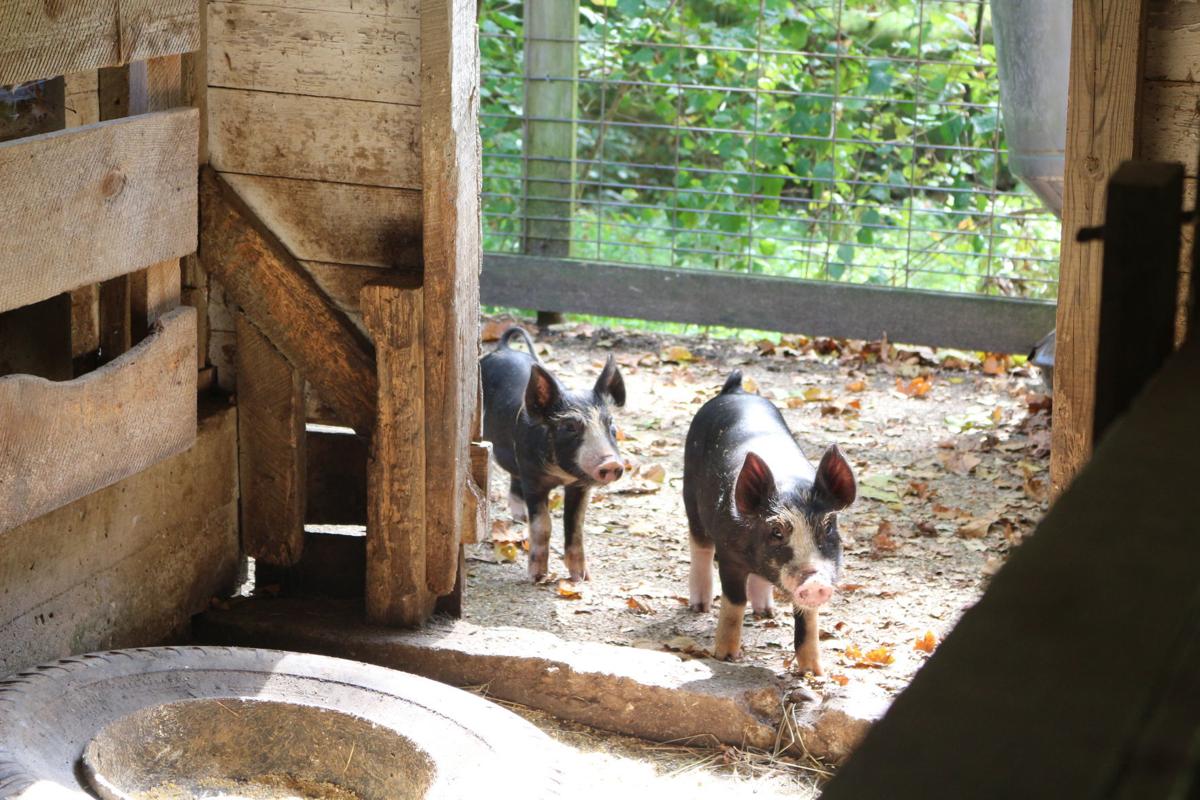 When it’s feeding time, these pigs come running. At Hard Bargain Farm, leftover food waste is typically fed to the pigs, and if it’s not, it’s sent to the compost pile. 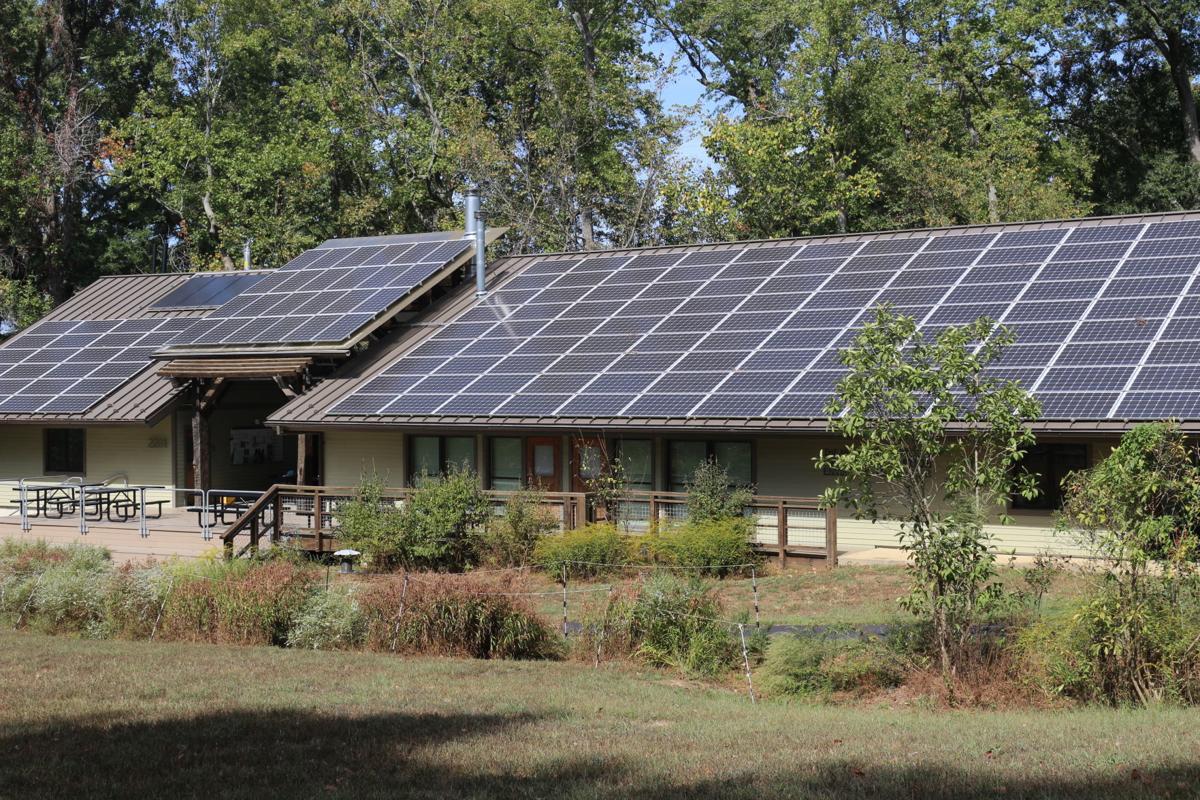 On-site programs involve the use of the “Living Building,” a newly-established center that is net-zero in energy, water and waste and is carbon neutral, per the foundation’s website.

Theresa Cullen took on the role of executive director for the Alice Ferguson Foundation in late August.

When it’s feeding time, these pigs come running. At Hard Bargain Farm, leftover food waste is typically fed to the pigs, and if it’s not, it’s sent to the compost pile.

On-site programs involve the use of the “Living Building,” a newly-established center that is net-zero in energy, water and waste and is carbon neutral, per the foundation’s website.

As Theresa Cullen walks around Hard Bargain Farm in Accokeek, amicably calling out to some of the farm’s animals — a donkey, two pigs and some cows, amongst others — and making sure her dog, Sadie, isn’t getting into too much trouble, she interacts with the staff and volunteers with a smile.

She’s one of the newest faces of the Alice Ferguson Foundation — its new executive director — but it certainly doesn’t seem that way. Land Use and Facilities Manager Karen Jensen Miles said in an email interview that Cullen “is diving into it with vigor.”

“She is taking the time to get to know the staff, the education programs, and the community,” Miles said. “Each executive director puts his or her stamp on signature initiatives and I’m sure that she will as well.”

Founded in 1954 by Henry Gardiner Ferguson, husband of Alice Ferguson for whom the organization is named, the Alice Ferguson Foundation “connect[s] people to the natural world, sustainable agricultural practices, and the cultural heritage of their local watershed through education, stewardship, and advocacy,” according to its website.

As the foundation’s new executive director, Cullen brings experience from both a national and international background in education. After completing graduate school in New York City, Cullen spent four years in Venezuela teaching at an American school and later traveled to other countries in the region.

Eventually, she moved to London where she worked for another American school, then to the Netherlands, back to the United States and then to Switzerland where she served as a principal. And now, she’s back on her home turf.

Education is one of the larger aspects of the Alice Ferguson Foundation, specifically environmental education, and it’s also one of the reasons why Cullen chose the foundation as the next step in her career. “The other [reason] was that it was Prince George’s County and this is where I grew up,” said Cullen, who lived in Adelphi during a portion of her childhood. “I also have this desire to do positive things for this county.”

Then comes the environmental aspect, another important foundation to the organization. During Cullen’s time in Switzerland, she said there were two concepts she took away from the country’s culture: being outdoors and “children being children and having a childhood.”

“[The Alice Ferguson Foundation] is also a place that models the practice of environmental sustainability and I think it’s crucial in the future of our world,” Cullen said. “We have protesters now with climate change. We have a young woman who is from Sweden who has really changed, I think, a lot. So it’s amazing when you empower young people what can happen.”

And educating young people — as well as their families — is part of what the Alice Ferguson Foundation is about. “Theresa [Cullen] brings a vast amount of experience in the field of education and getting students, teachers and the community comfortable in their outdoor environments is one of our prime goals,” Miles said. “We look for great things to come under her watch and are excited to work with her.”

“I think them coming here and being part of this experience just fuels that desire,” said Cullen, who has two children of her own. “I want to make sure it’s there for them but also that they continue to develop, innovate new ideas that can support our earth.” Cullen said she also hopes to have summer camps for students in ninth grade and beyond.

The Alice Ferguson Foundation holds a variety of events over the course of the year, including this year’s first annual Fall Farm Day which will be held on Oct. 26 at Hard Bargain Farm. For more information on the event, contact specialevents@fergusonfoundation.org.