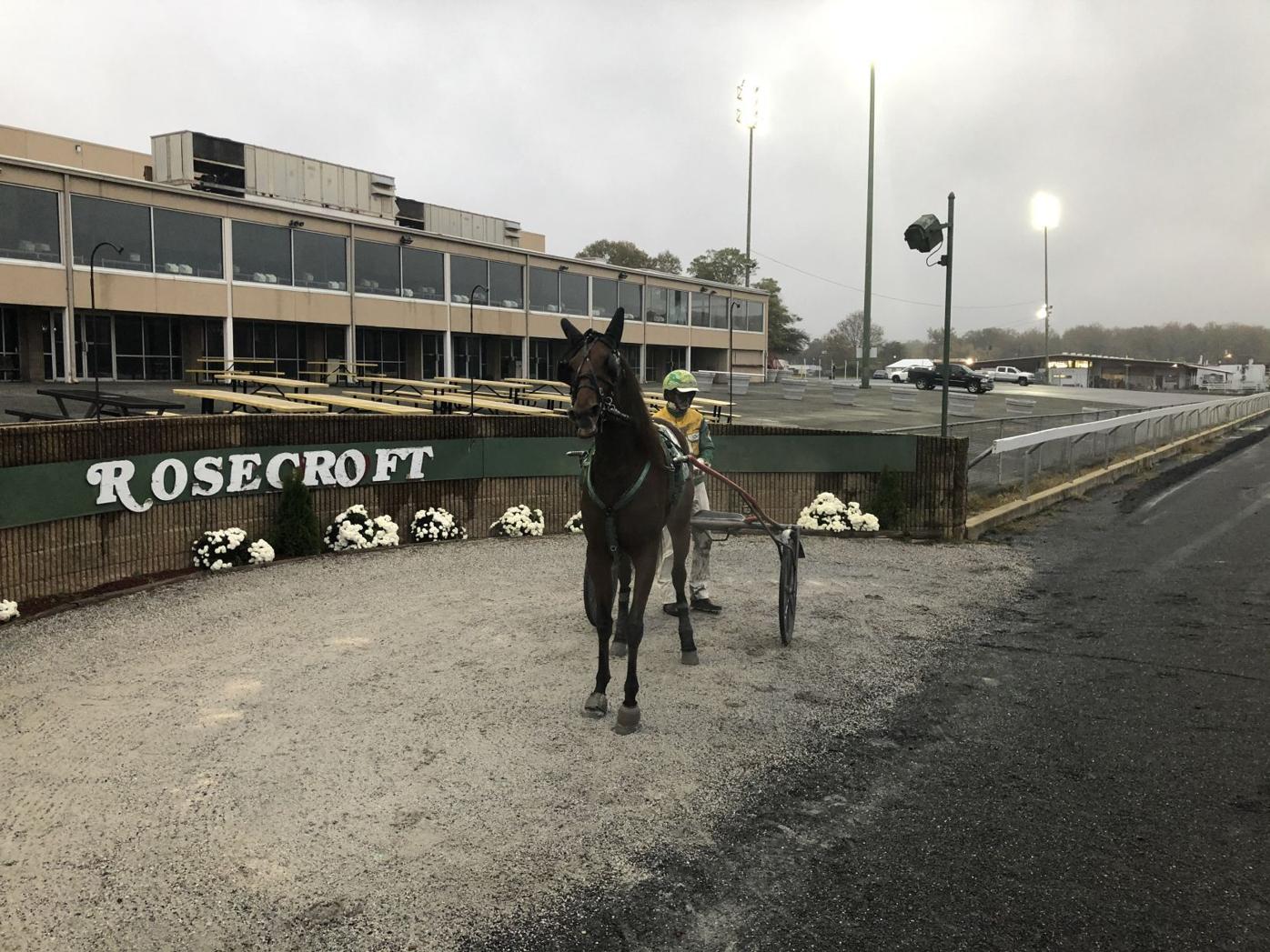 Pride of Windswept and driver Corey Callahan stand in the winner’s circle on Sunday evening after the freshman filly trotter captured the first Maryland Sire Sire Stakes elim for her age, gait and gender in 2:00.1. 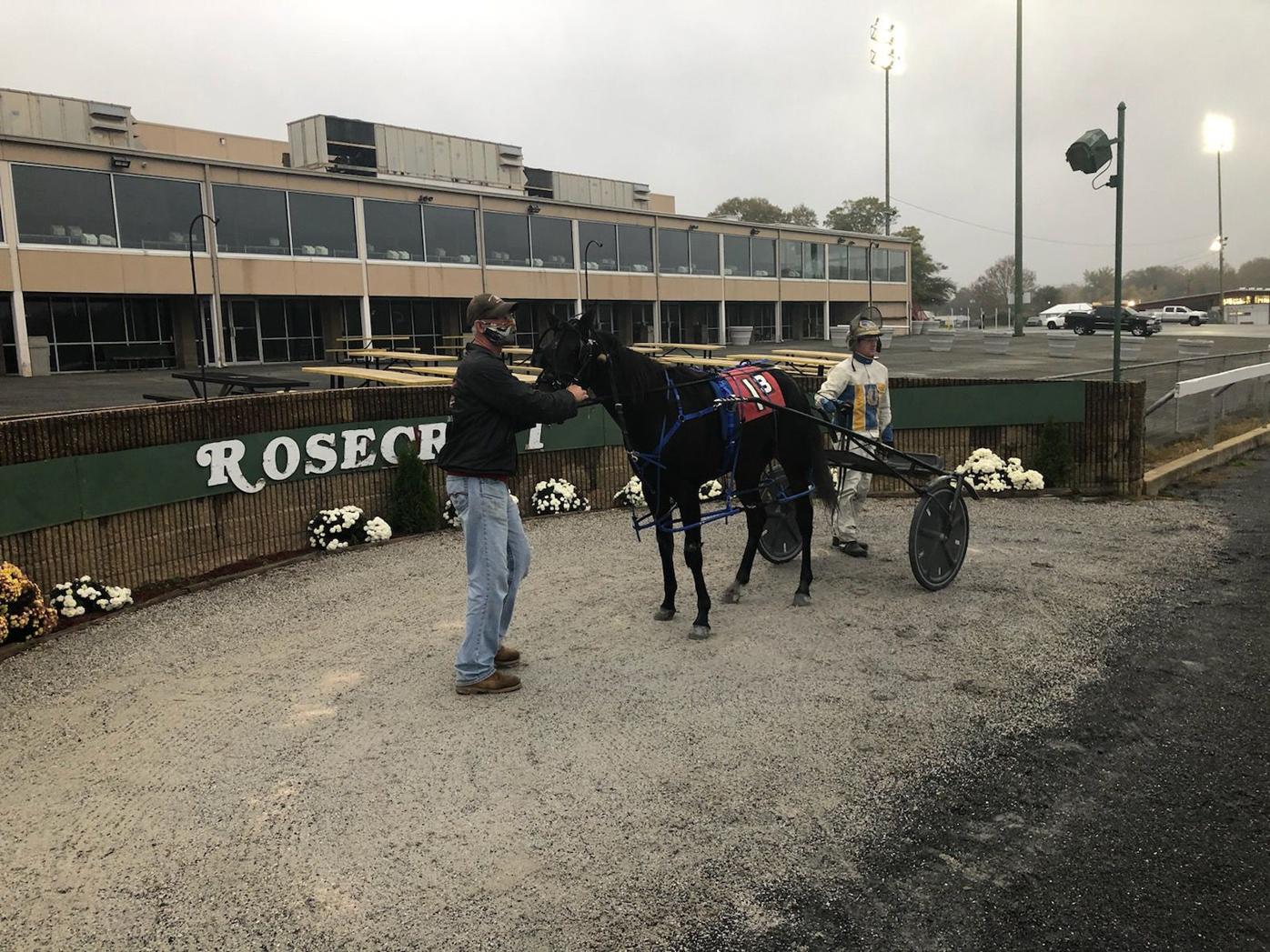 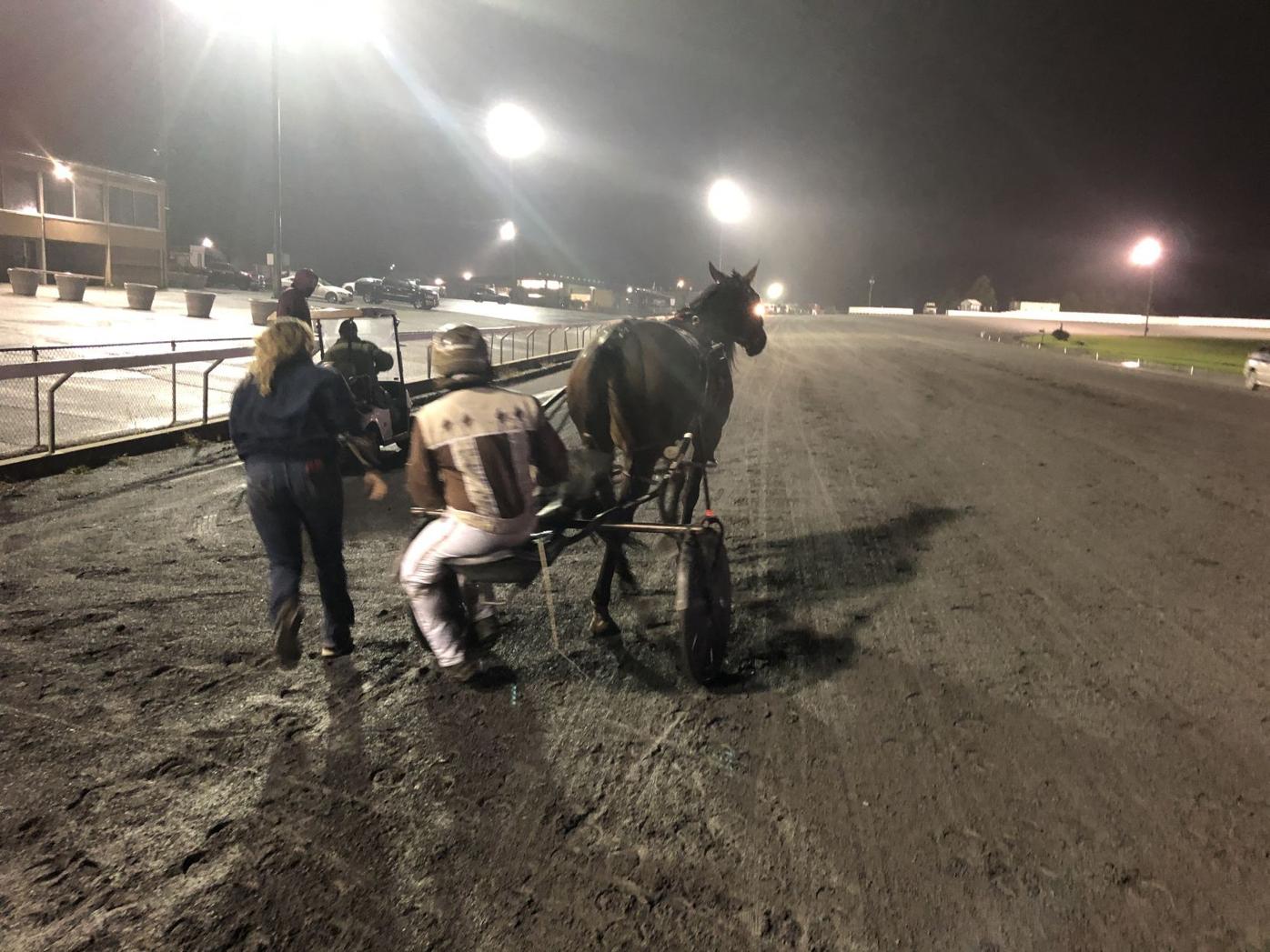 Rocktavius leaves the winner’s circle and heads back to the paddock after catch driver Luke Hanners steered the aged pacer to a 1:51.3 score in the $12,000 Open at Rosecroft Raceway on Sunday night.

Pride of Windswept and driver Corey Callahan stand in the winner’s circle on Sunday evening after the freshman filly trotter captured the first Maryland Sire Sire Stakes elim for her age, gait and gender in 2:00.1.

Rocktavius leaves the winner’s circle and heads back to the paddock after catch driver Luke Hanners steered the aged pacer to a 1:51.3 score in the $12,000 Open at Rosecroft Raceway on Sunday night.

In the weeks since they were greeted by heavy rains throughout the night, equine and human participants alike have been able to thrive under more moderate conditions in Maryland Sire Stakes preliminaries and overnight events at Rosecroft Raceway.

In fact, this past Sunday night’s card was held under less than ideal conditions with temperatures hovering near 50 degrees amid intermittent rain showers. The latter portion of the card featured the best overnight horses competing in various events, while the first hour of action was designated for freshmen trotters and pacers in Maryland Sire Stakes eliminations.

In the early, non-wagering events, Madisonsallin (Eddie Davis, Jr.) and Wowie Zowie (Russell Foster) won the respective splits for two-year-old filly pacers in 1:56.2 and 1:58.4. Then in the MDSS splits for freshman trotters, both Pride of Windswept (Corey Callahan) and Funnyfunnyriddle (Jim Morand) scored in the events for fillies and colts, respectively, in 2:00.1 and 2:02.1.

Pride of Windswept has now won five of six starts and banked $53,000 for trainer Shaun Callahan, while Wowie Zowie has notched five wins and $37,000 banked from six starts for trainer Megan Foster. Both Madisonsallin and Funnyfunnyriddle recorded their third victories on Sunday night and all four freshmen winners appear destined for the November 8 finals.

“She’s a real sweetheart,” Callahan said of Pride of Windswept. “She just does everything so easily. Even on a sloppy track, she’s just going along nice and easily.”

Callahan would later win both halves of the non-winners of $2,500 last four starts class for pacers with Waikiki Beach A in 1:53.3 and Costello in 1:54. Waikiki Beach A has won four of 15 starts this year and boasts a stellar 37-18-9 slate and nearly $825,000 banked for trainer Mike Hall. Costello has now won five of 19 seasonal outings for trainer Ken Schlotzhauer of Easton.

In the first parimutuel race on the card, Harveys All In (John Wagner) lived up to his role as the 9-5 favorite in a MDSS prelim for two-year-old colt pacers when he gained command early, yielded to one foe then retook then set the tempo from there en route to a four-length score in 1:57. The freshman son of Rusty’s All In notched his second win from seven career outings and lowered his lifetime mark by four seconds for trainer Arlene Cameron.

Then just past the midway point of the card in a non-winners of $6,000 last four starts class for pacers, Cole On The Beach (Allan Davis) carved out all the fractions and held safe the late inside bid of Disturbia (Frank Milby) for a length score in a lifetime best 1:52.4. A Somebeachsomewhere gelding owned and trained by John Dixon, Cole On The Beach notched his third win from 22 starts this year and owns an 8-6-8 slate and $70,000 banked from 50 career tries.

Two races later in the featured $12,000 Open for pacers, Rocktavius (Luke Hanners) benefited from a pocket trip behind Romantic Interest (Frank Milby) through the first three calls then angled to the passing lane and nailed that one at the line for a nose score and 10-1 upset in 1:51.3, while Transitioning Joy (Bret Brittingham) settled for third as the 5-2 choice following a first over journey.

A seven-year-old Rocknroll Hanover gelding trained by Megan Roberts, Rocktavius notched his fourth win from 21 starts this year and now sports a solid 35-23-16 slate and just over $225,000 banked from 151 lifetime tries. Romantic Interest settled for second for the third time in the fall meet for Milby after dominating the top class during the spring meet.

One race later in another non-winners of $6,000 last four starts class for pacers, Bluejeansnredwings (Davis) nailed Dirt On My Boots at the line in 1:52. A five-year-old Rusty’s All In gelding trained by Joe Hundertfund for owner Michael Hill, Bluejeansnredwings notched his fourth win in 21 starts this year and now owns an 18-14-7 slate and over $112,500 banked from 87 career outings.

Last Sunday evening’s first four events were the second MDSS eliminations for three-year-olds of both gaits and genders and three of them proved very formful. Of that trio, first round winners Fantastic Voyage (Allan Davis), Yall Beneath Me (Russell Foster) were clearly the most impressive, taking their respective prelims in 1:50.4 and 1:55.4 over the fast track.

This Saturday night, Hoosier Park will host eight Breeders Crown finals, including the one of Aged Pacers which could include several headed to Rosecroft for the fifth edition of the $100,000 Potomac Pace Invitational on Sunday, November 15. Each of the four previous offerings of the Potomac have produced sub-1:50 winners, topped by all-age track record holder Keystone Velocity who scored in 1:47.3 in 2017.