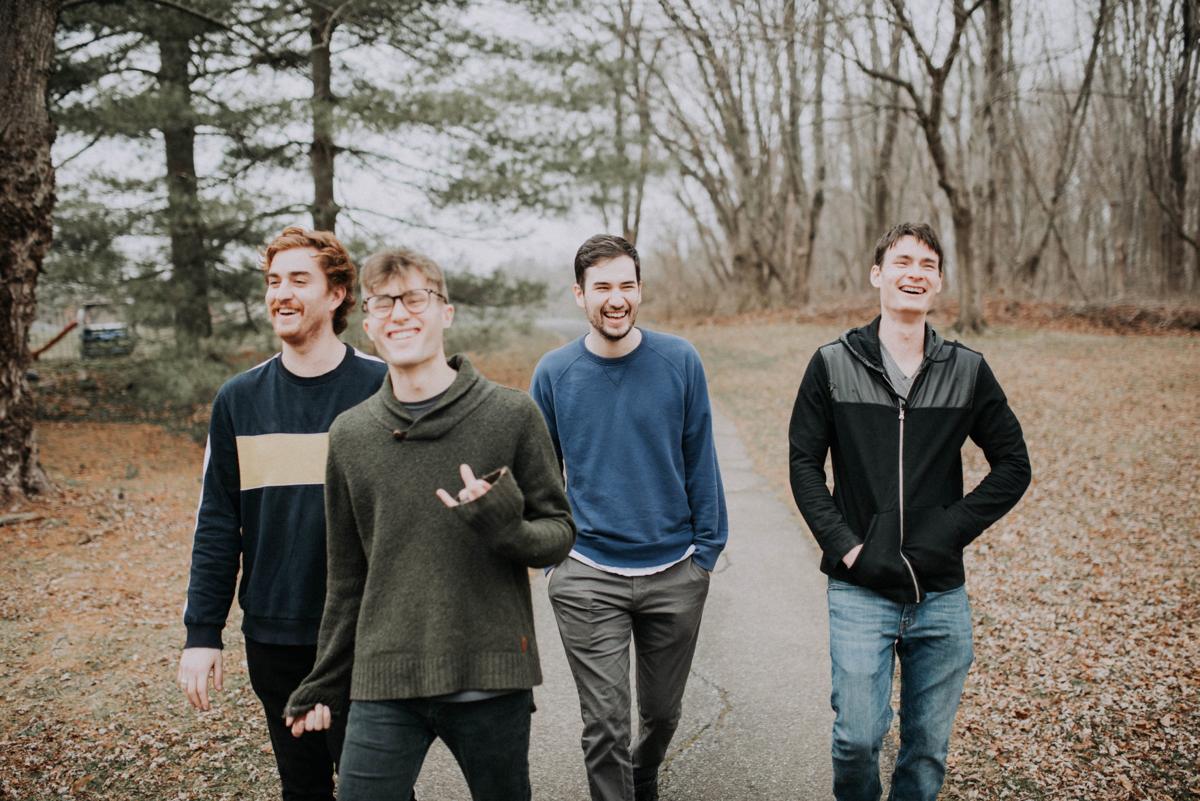 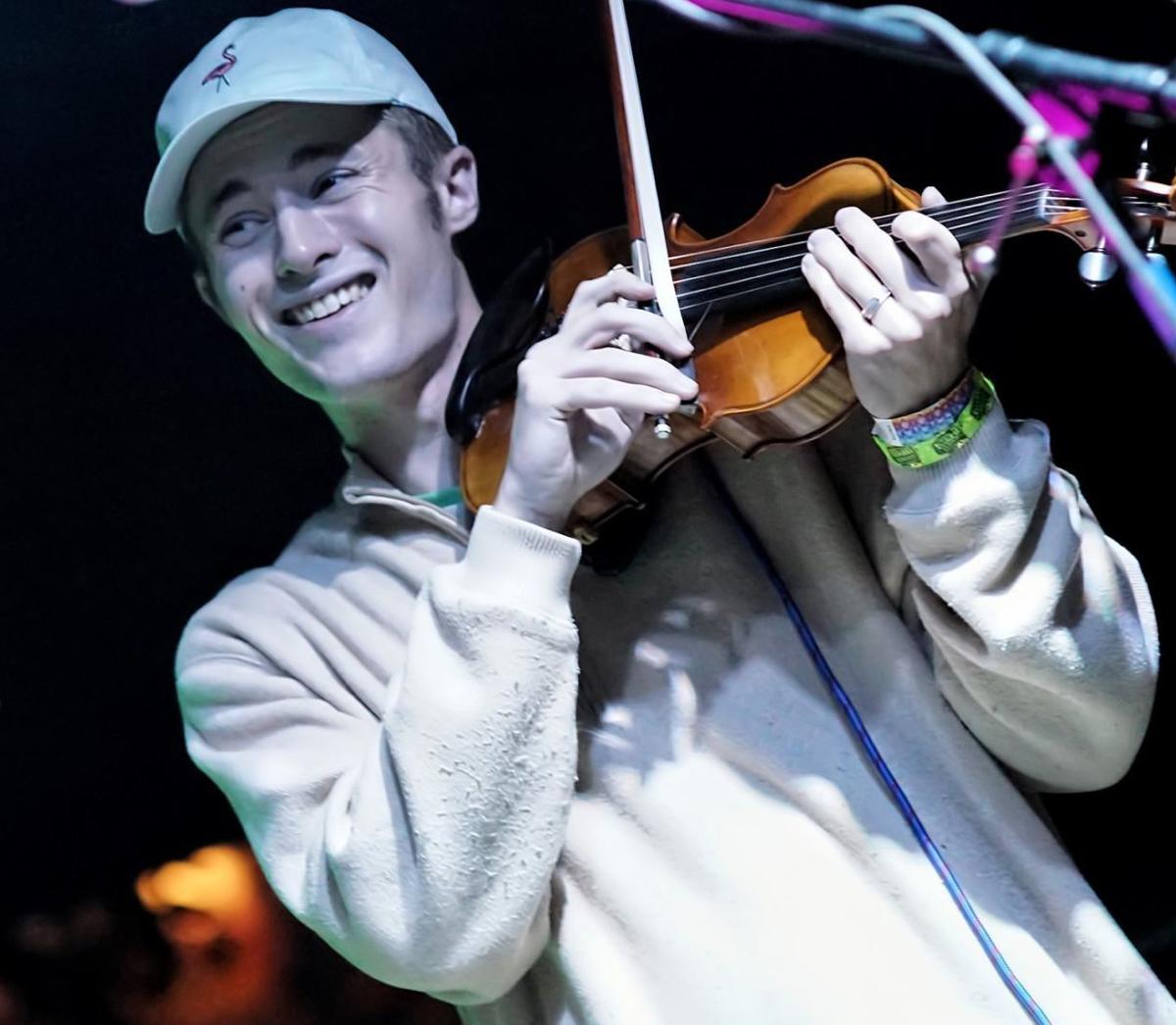 Crosby Cofod, who grew up in Lusby and graduated from Patuxent High School, recently released a 5-song EP with his band. 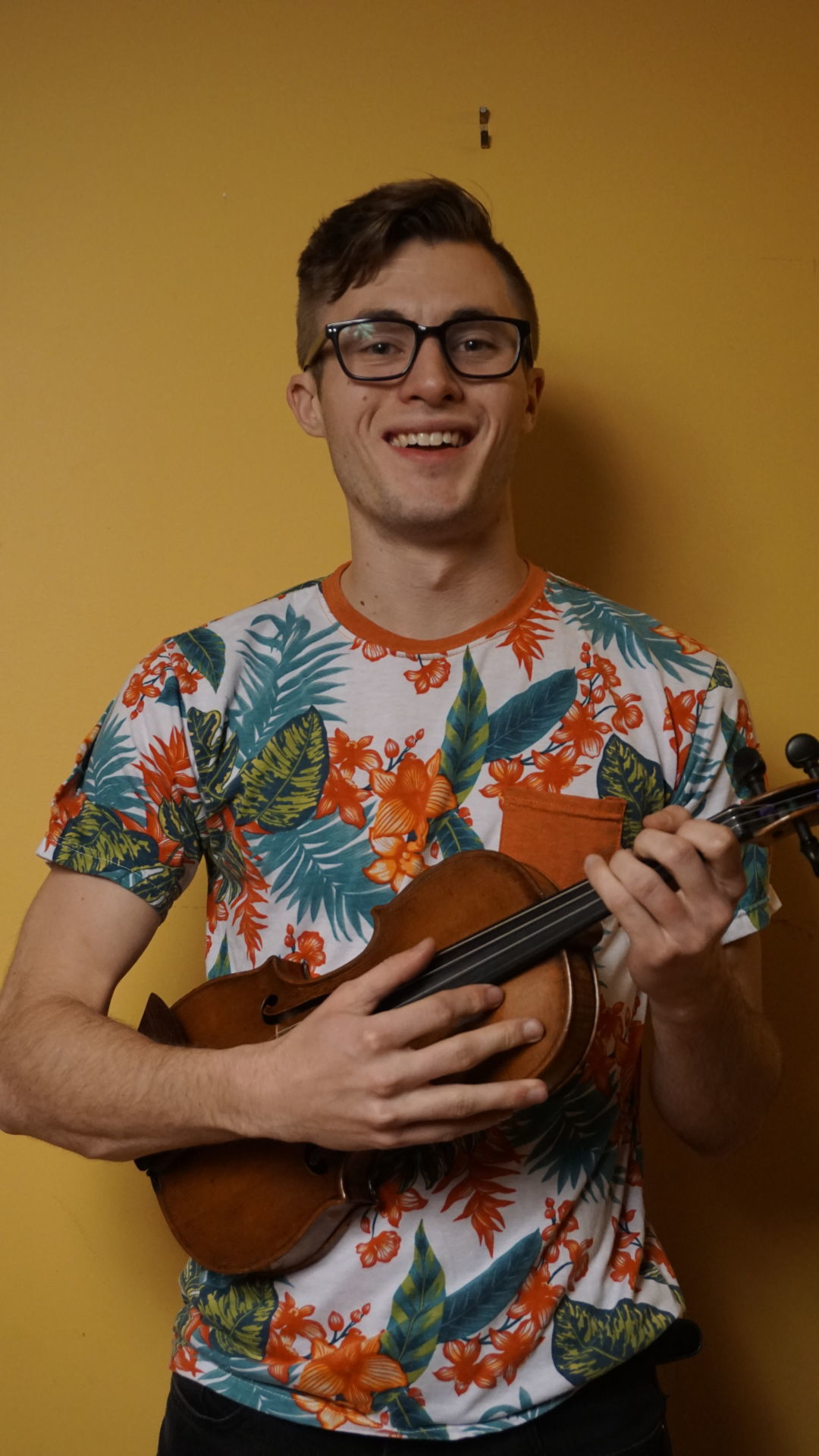 Referring to his band’s recently released EP, 26-year-old violinist, fiddler and guitarist Crosy Cofod said he wanted “something out there that showed my diversity.”

Crosby Cofod, who grew up in Lusby and graduated from Patuxent High School, recently released a 5-song EP with his band.

Referring to his band’s recently released EP, 26-year-old violinist, fiddler and guitarist Crosy Cofod said he wanted “something out there that showed my diversity.”

Patuxent High graduate Crosby Cofod wanted to show his versatility in music, and the result is a five-song Extended Play record he and his band officially released on May 1.

“I wanted something out there that showed my diversity, so this is an exploration,” said Cofod, 26, who plays the violin, fiddle and guitar. “I really wanted something that would be the best bang for your buck really in a small, neat package where people could see everything I could do.”

The band is comprised of Cofod, bassist Jessie Kirchner, drummer Skye Paddock and guitarist Greg Michelsen, the latter of whom Cofod met while both were studying at St. Mary’s College of Maryland.

“Yeah, it’s pretty good,” said Michelsen, who grew up in Annapolis and graduated from St. Mary’s College in 2016 with a degree in biology. “Overall, I’m pretty pleased with how it turned out.”

The EP was recorded at Sweet Foot Studios in Easton and then mixed by Aaron Youngberg and mastered by David Glasser at Swingfingers in Colorado.

“We originally had 12 songs [in mind], recorded nine and in the end,” he said, “these five were the ones I thought were the best.”

“We played it so many times, and it never really came to completion or sounded like a whole song,” Cofod said of the song, which he described as instrumental folk. “But then we had a gig at Herrington Harbor, and we were like, ‘Why don’t we try this song? We’re almost there with it, so why don’t we wing it?’ and people really enjoyed it.”

The song, which was co-written by Cofod and Michelson, took second prize in the instrumental division at the 36th annual Mid-Atlantic Song Contest, which was held in January in Washington, D.C., and sponsored by the Songwriters’ Association of Washington.

“They had this ceremony, and I went nonchalantly because I thought it would be these chill songwriters thing,” said Cofod, who lives in Columbia. “But there was a bunch of people there, and the winners were called up to the stage to give a speech. That was pretty cool.”

“Towards the Back of a Railcar” is the second track, and it was earned an honorable mention in the adult contemporary division at the MASC.

The chorus is “Can you shorten the fall/When the grounds already comin’/ Can we just make a call when the past it’s already runnin’.”

“I really liked the elements of storytelling when I wrote that,” Cofod said. “I really tried to retain that by keeping it specific because that’s something I like about songwriting, and I think that makes a song powerful, is if you keep it on the one object or close to it. That’s where I was in my head at the time I wrote that.”

“Known Before” is the group’s first rock tune that talks about noticing small things for the first time that have always been there.

“Leaving from the church, just the other day, noticed through the trees, a truck rusting away,” one verse reads. “Sometimes, it takes a long time to notice what’s around, like walking through the museum and staring at the ground.”

The song came about during a rare time when Cofod found himself alone at his in-laws’ house — he and his wife were living there at the time, along with his four brothers-in-law — and realized the drapes had a certain pattern.

“With technology now, we’re so caught up in our phones,” Cofod said, “that we don’t notice the small details.”

The song was originally intended to be an acoustic version, but that all changed one weekend when the band was rehearsing at a cabin in West Virginia.

“I was playing the song on an electric guitar while [the rest of the band] was outside,” he said. “They didn’t know the song, but they came in and said, ‘What the heck is that? It’s awesome. Let’s play that.’”

“Fiddle Loop” and the pop styled “Take a Walk” are the last two tracks on the EP.

“The first songs I wrote many were sad, and my wife told me I should just write a happy song,” Cofod said. “It’s just about how life keeps moving no matter what we do. It’s just all these really beautiful activities, and a reminder to enjoy everything while we’re here.”

“At one point everyone was like, ‘This is going to be great,’ and I was just along for the ride,” said Michaelsen, a park ranger for Prince George’s County who lives in Davidsonville. “I think the EP has some interesting flavors.”

Cofod, who previously released a self-titled album “Snippets” in July 2019, hopes to put out another album in the spring of 2021.

Like so many others, the coronavirus has affected Cofod as well. He was laid off from his part-time job at Marcodi Musical Instruments in Glen Arm. In addition, he has had to cancel more than 25 shows since his last performance on March 6.

When asked when his next show is, Cofod mentioned a May 23 gig at Leonardtown Winery, but moments later, after checking his email said, “never mind, that’s canceled, too.”

The band’s next scheduled performance is June 19 at the Clarksville Commons shopping center in Columbia.

Meanwhile, he continues to write songs, make music videos and play old-style rock and roll such as The Allman Brothers, Grateful Dead and Santana.

“It’s been a really fun adventure for us as a band to grow together and explore new songs,” he said of the band’s foray into 1970s music, “and I think they’ll help our shows because we can rock out will help our shows more fun.”

The EP is available for download at www.crosbycofod.com. On Spotify! “Known Before” is free while other songs are 99 cents.