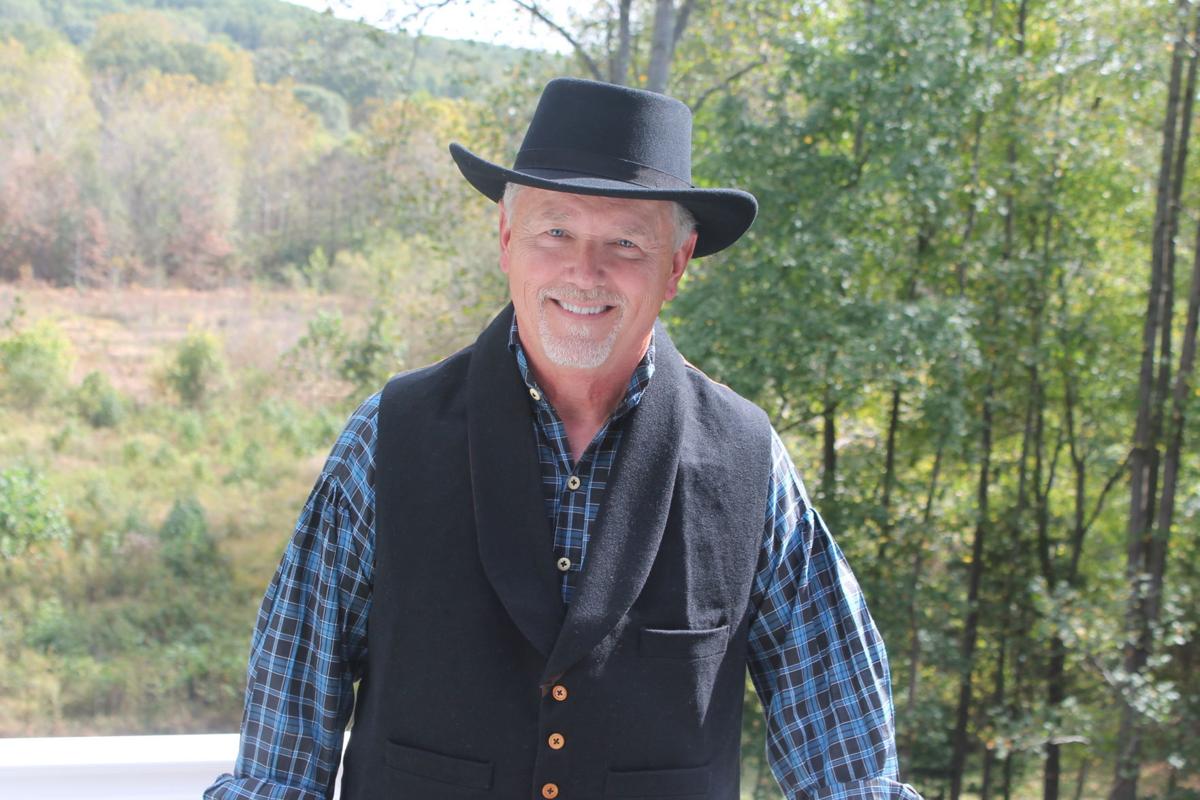 Retired educator Garth Bowling models homemade clothing of the sort that would have been worn by people in Southern Maryland around the 1860s. He recently published “Gateway to the Confederacy: Charles County Maryland,” detailing family stories and historical events from around the time of the U.S. Civil War. 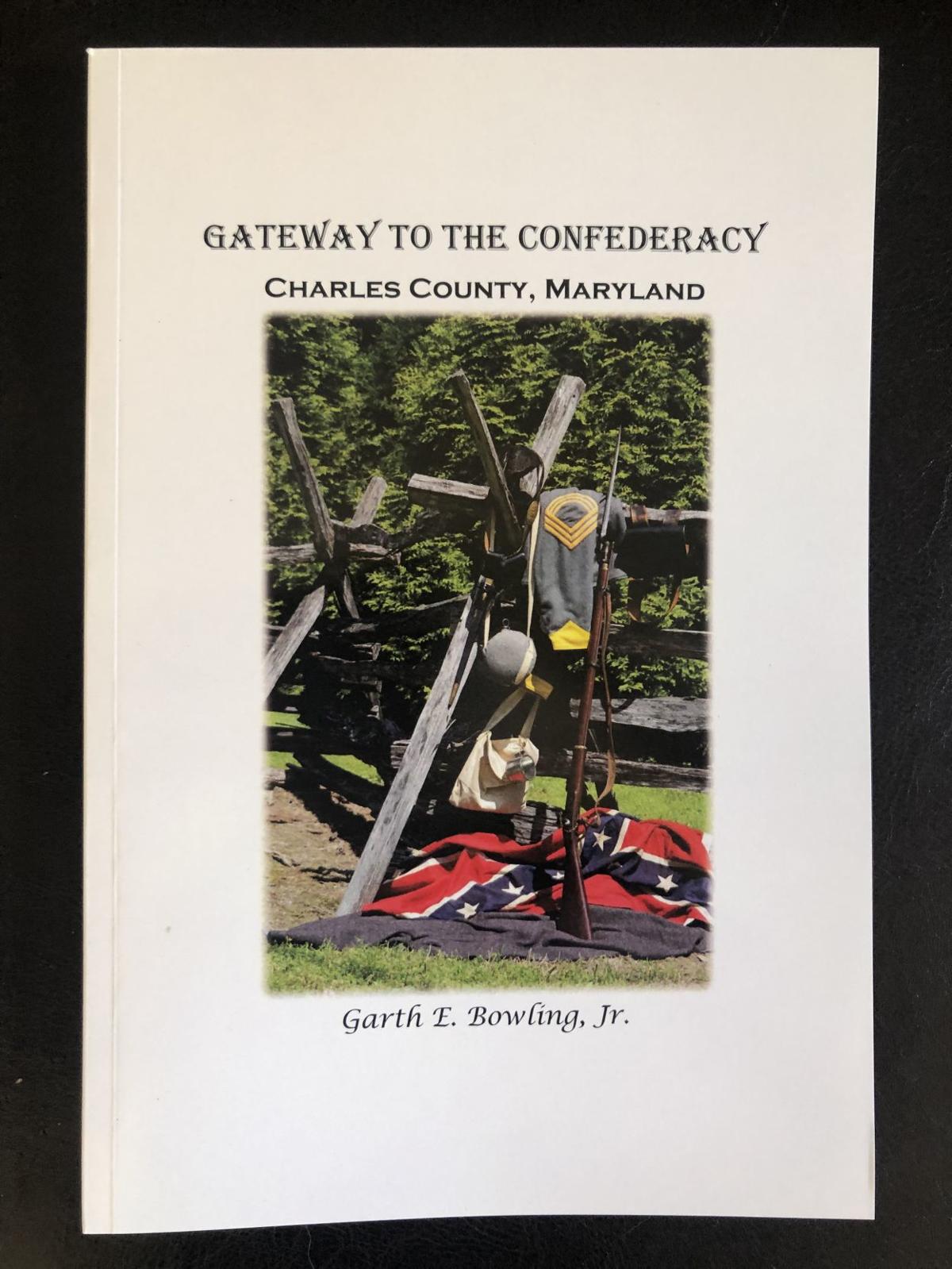 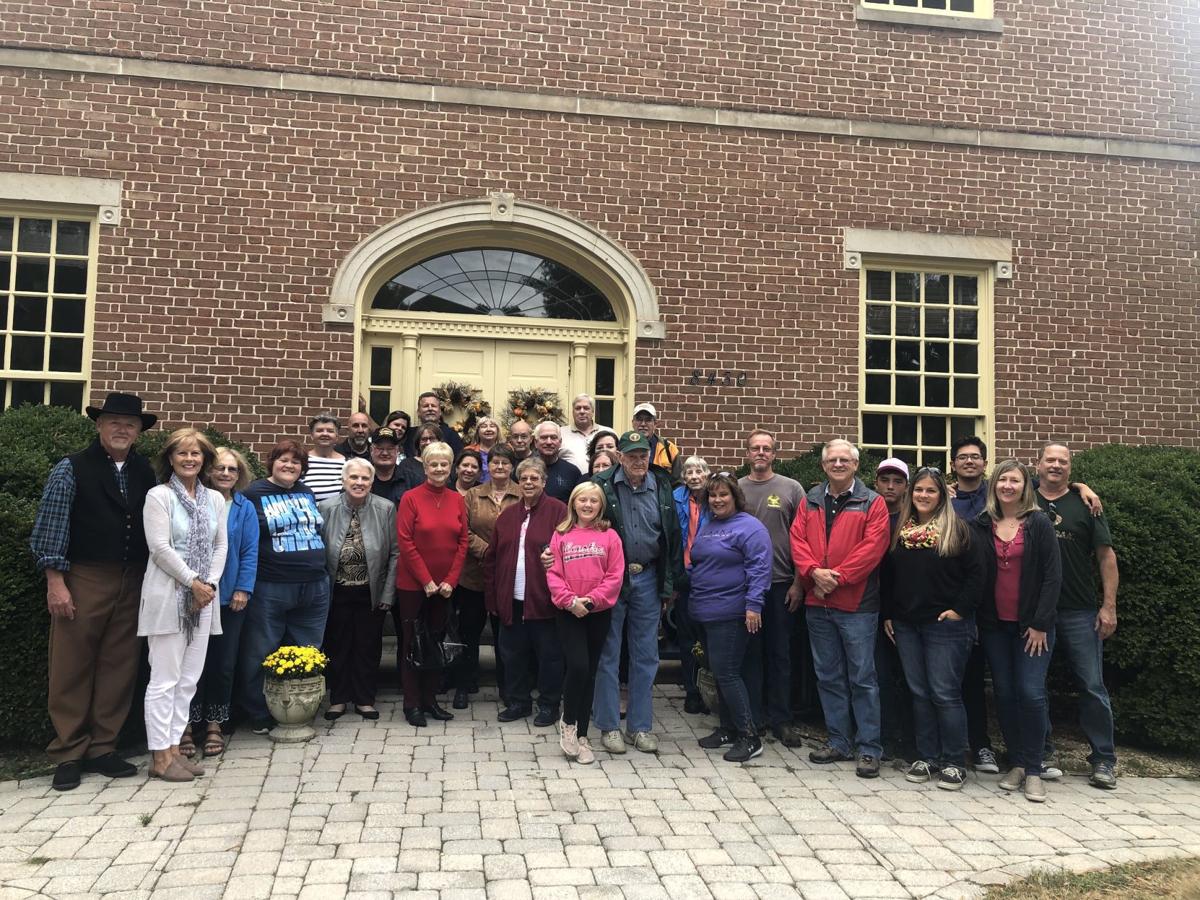 Garth Bowling, left, led 35 people on a tour, sponsored by the La Plata Methodist Church, of Charles County Civil War sites on Oct. 12. The tour visited 20 sites from St. Charles to Newburg and from Bryantown to Chapel Point, with a stop at the Port Tobacco Courthouse, pictured. Bowling is considering holding another tour this spring.

Retired educator Garth Bowling models homemade clothing of the sort that would have been worn by people in Southern Maryland around the 1860s. He recently published “Gateway to the Confederacy: Charles County Maryland,” detailing family stories and historical events from around the time of the U.S. Civil War.

Garth Bowling, left, led 35 people on a tour, sponsored by the La Plata Methodist Church, of Charles County Civil War sites on Oct. 12. The tour visited 20 sites from St. Charles to Newburg and from Bryantown to Chapel Point, with a stop at the Port Tobacco Courthouse, pictured. Bowling is considering holding another tour this spring.

La Plata resident Garth Bowling said he hopes his new book, more than 40 years in the making, will help people see the history that lies within their communities and their families.

“There are some things in this book that people have no idea of, especially the old family tales. It’s amazing some of the tales those old folks told me about what went on here,” Bowling said.

Bowling, a retired educator from Charles and St. Mary’s public schools, who also had a stint as principal at Chopticon High School, recently published “Gateway to the Confederacy: Charles County, Maryland” — a book he’s been working on since the 1980s.

“There were some older people in my Bowling family — they’d lived here all their lives — and they started telling me stories about their grandfather, my great-great-grandfather, and I had never heard these stories. I had no idea. Civil War stories,” Bowling said. “Well, I’d always had an interest in the Civil War, ever since I was a little kid. So I got excited. I went around and interviewed several of my older relations, and I’m glad I did.”

Bowling said he began keeping a vertical file of manila folders containing transcripts of the interviews with relatives.

“I thought, why stop there?” Bowling recalled. “If I don’t go around and start talking to older Charles countians now, who remember what their grandparents told them, then it would be lost, like a fleeting dream.”

Bowling interviewed over 30 people; the subjects recounted family stories about grandparents and other relatives who were alive in Charles County during the U.S. Civil War of 1861-1865. Bowling noted that almost all of the people he interviewed during the 1980s and 1990s have since died, and their stories might have died with them had he not recorded them years ago.

“Being an administrator of a school, I didn’t have time to write a book, but I knew that one day, when I retired, I was going to pull out those old files and I was going to write something about it, record it for posterity,” Bowling said.

Three years ago, Bowling retired and began writing his book, which was published earlier this month.

More than just a collection of family stories, the book also contains information on the important places and people of the Civil War period in Charles.

“I thought, this is not enough. I need to write about the whole experience here during those war years,” Bowling said. “People needed to know the whole story of Charles County during the Civil War.”

The book goes into some of the historical figures from Charles County, including Olivia Floyd, a Confederate spy and blockade runner from Port Tobacco; Rear Adm. Raphael Semmes, a Confederate Navy commander who captained the most successful commerce raider in maritime history; Josiah Henson, born enslaved in Charles County and later escaped and became the inspiration for “Uncle Tom’s Cabin,” and many others.

“Chapter 3 is a self-guided tour of Charles County,” Bowling said. “There are over 30 places here that you could take a Sunday afternoon or a Saturday morning and get in the car with your family and drive to these places. Some are homes, that you can still see, some are churches, some are just places, such as a field where you can just pull over and say, ‘This is what happened here.’”

“That was the highest percentage of slaves per total population of any county in the state of Maryland,” Bowling said.

The slaveholding population was 817, approximately 5% of the entire population.

Bowling said Maryland, as a slave-owning state that supported the Union during the war, occupied a special place in the events of the time.

“In the first year of the war, the Union authorities feared that the South could invade by coming across the river into Charles County, and then coming up from there,” Bowling said. “So 12,000 to 15,000 Union soldiers came here in October” 1861.

Bowling noted that was almost equal to the total population of the county, free and enslaved. “There were blue uniforms everywhere. Can you imagine the impact that had on the county?”

Bowling said that at first, the Charles County residents tried to accommodate the large influx of soldiers, but in time there were conflicts, as many families had Southern sympathies.

“Union soldiers, if they knew you had family on the other side, they would steal, they would take things from you and you would not be reimbursed,” Bowling said.