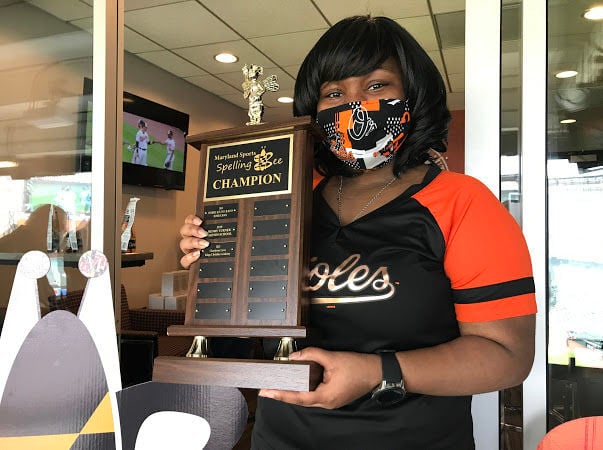 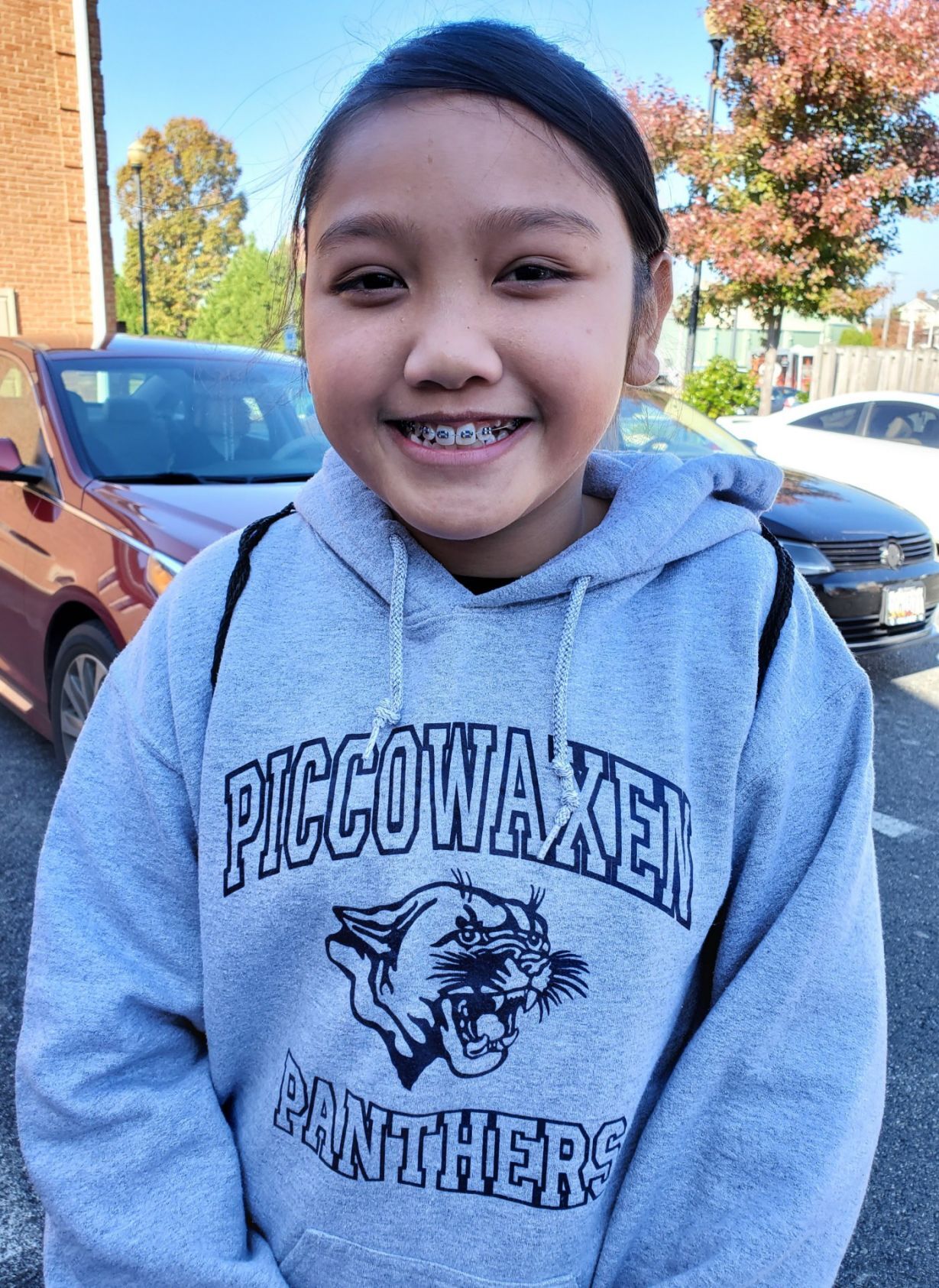 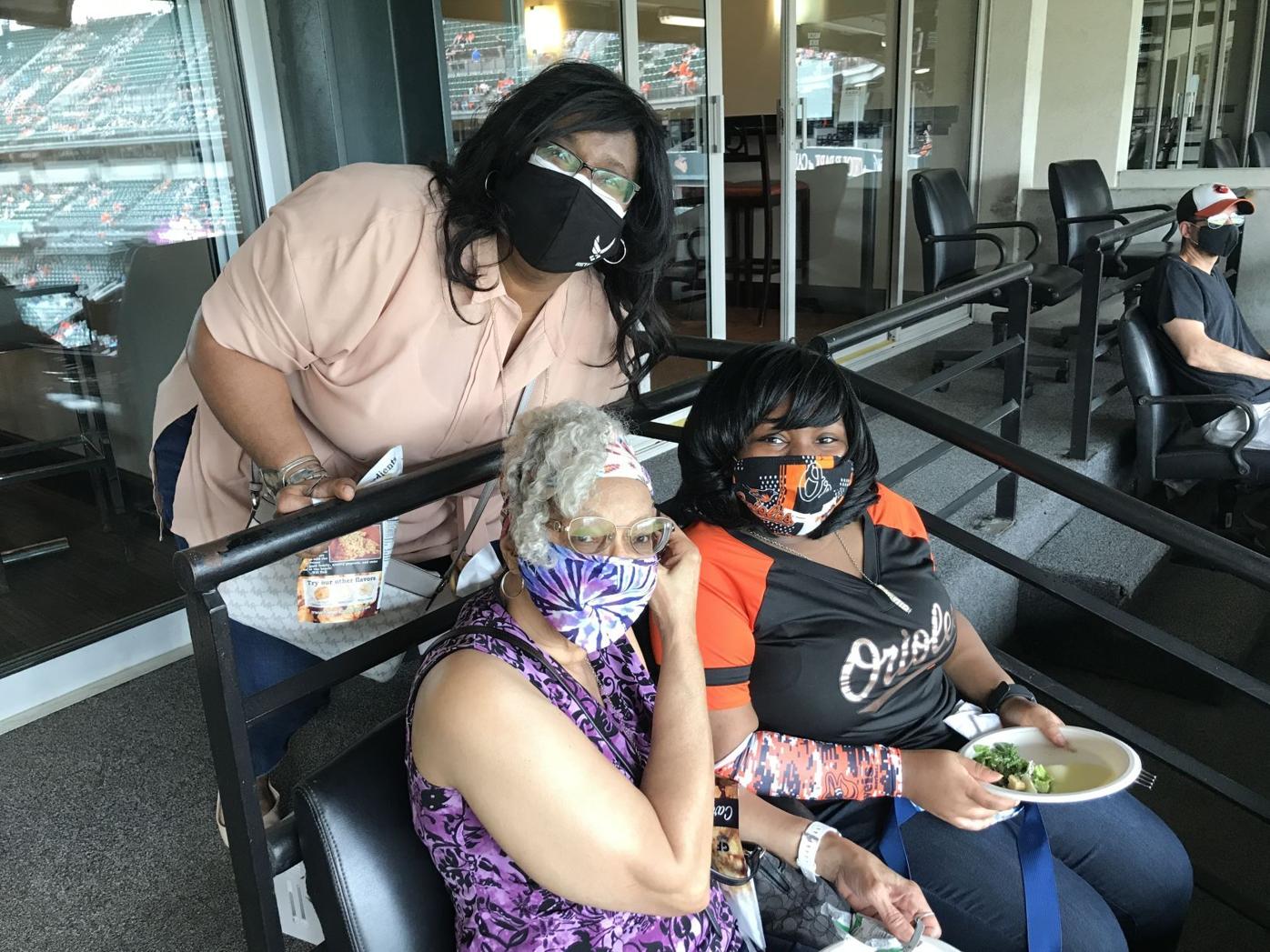 Charlynne Lowe, right, watches the Baltimore Orioles defeat the New York Yankees April 29 with her grandmother, Gwendolyn Lowe and her mother, Charlene Lowe, in a suite at Oriole Park at Camden Yards, a perk of winning the regional spelling be competition. 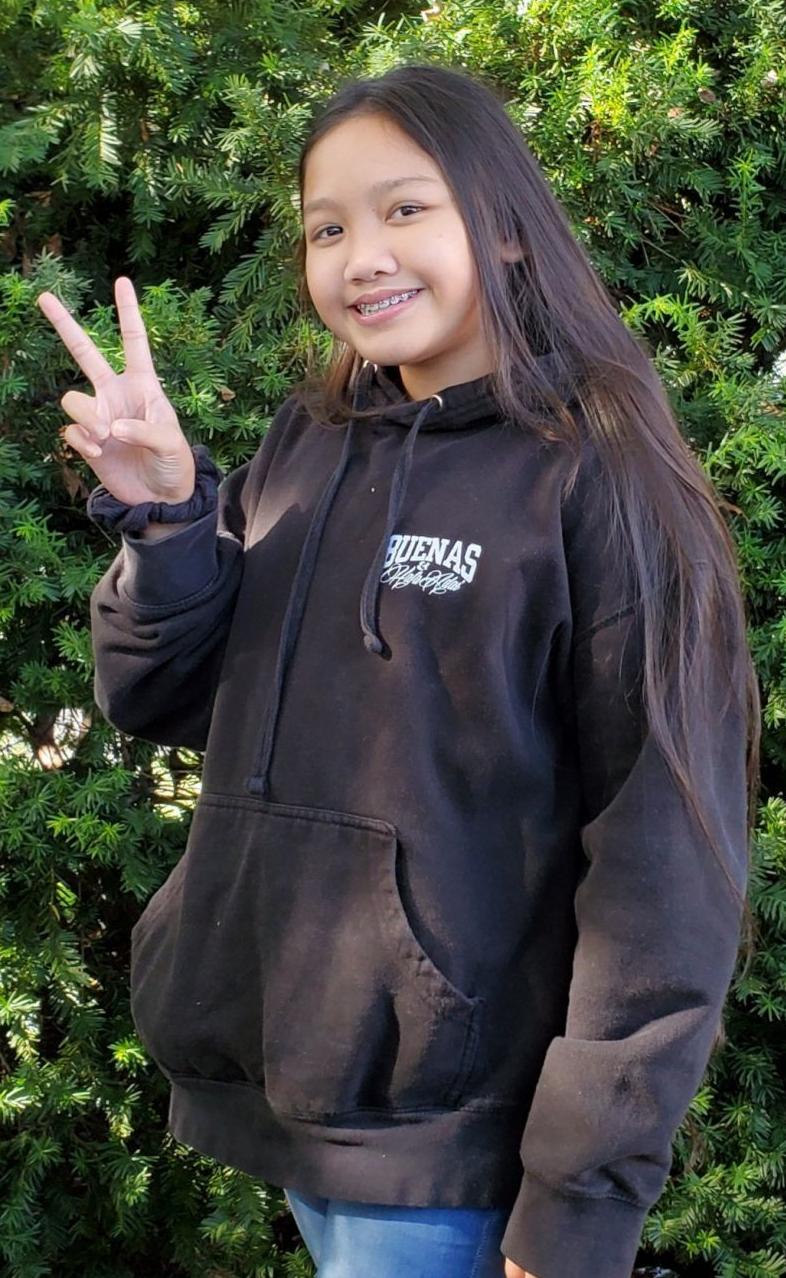 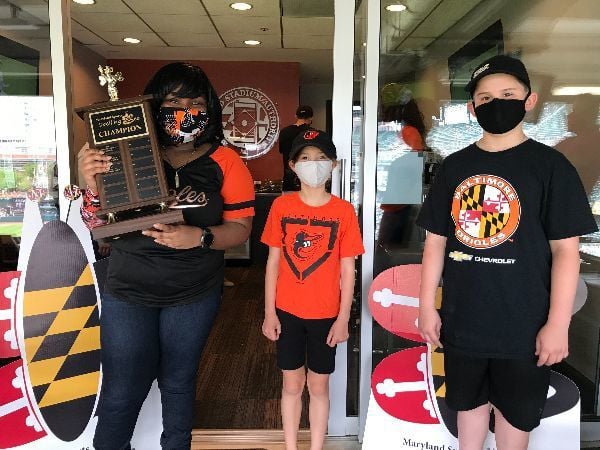 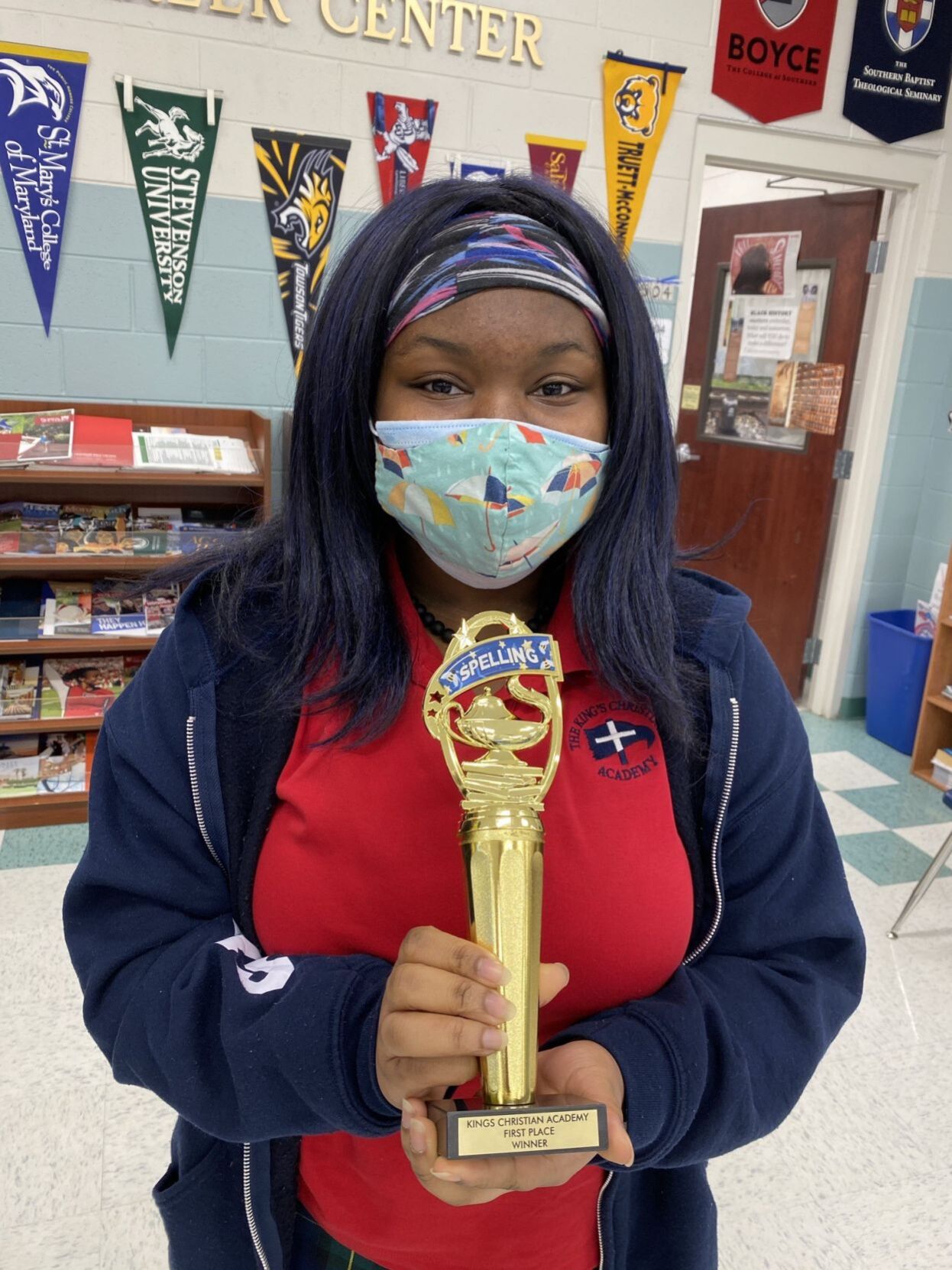 Charlynne Lowe, right, watches the Baltimore Orioles defeat the New York Yankees April 29 with her grandmother, Gwendolyn Lowe and her mother, Charlene Lowe, in a suite at Oriole Park at Camden Yards, a perk of winning the regional spelling be competition.

It would be pretty cool to celebrate your 14th birthday with a trip to the Scripps Spelling Bee finals in Orlando, Fla., and Charlynne Lowe has a chance to do exactly that.

The King’s Christian Academy eighth-grader will turn 14 on July 8, the same day the finals begins.

“It’s my first year so I’d like to win,” said Lowe, who advanced following her regional victory in March. “That would be nice, but [maybe at least] just get past the first and second round.”

“I’m very excited,” said the 14-year-old, who previously lived in Newburg and said she’s studying a few hours a day.

The competition — which will be televised on ESPN3 — begins 10 a.m. Saturday, June 12, while the quarterfinals will be held Tuesday, June 15. Advancers will then take part in the semifinals on June 27.

The spellers can be asked any one of 3,000 words words, from “gel” and ends with “pyxis” (a small and faint constellation in the southern sky).

Scripps has sent a computer and a headset to each competitor and a proctor will be at each participant’s home to monitor the competition, which is being staged virtually this year due to the coronavirus pandemic.

Borja, who is still able to represent Charles County, is being assisted by her mother, Vanessa Borja, who knows a thing or two about spelling bees. She won the competition as a fifth-grader at Yigo Elementary School in Guam and was in the top three in Guam of that year.

“My best advice to her is just to stay calm and stay relaxed because I know with Ari gets a little nervous and has a bit of anxiety,” Vanessa said. “So I give her the straight face and let her know that she’s a role model for her younger sister. Words of encouragement really go a long way. Kids are about that. They like to hear the encouraging words and there’s people on the sidelines cheering them on and pushing them.”

Borja was unsure what she would wear to the national bee, but is planning to incorporate something from Guam.

Lowe, who lives in Hollywood, plans to wear a dark blue shirt and a string of pearls for the competition.

“I’m trying to study as much as I can these last five days,” Lowe said on Sunday.

Lowe became interested in spelling after watching the televised competition as a fifth-grader.

“Char said, ‘That’s kind of cool, I wonder if our school does it?’ said the girl’s mother, Charlene Lowe.

The school did have a tournament planned, in part because they didn’t have a coach, so Charlene volunteered. The KCA Spellers were formed, complete with sweatshirts, stickers and even a cheer.

“We try to promote it like it’s a football team,” Charlene said.

After winning the school competition, Charlynne advanced to regionals which was held online. Words were distributed randomly and participants pressed a speaker and then spelled the word.

Charlynne won the competition, which was hosted by the Maryland Sports Commission, after correctly spelling the word “oasis” in the 19th round to defeat Charles Tosten of Chestertown and Adelaide Venditto of Finksburg,

“I was very nervous and I said, ‘I know this word,’” said Lowe, who also likes history, creative writing, playing the drums and the banjo, and watching Korean dramas, “Jeopardy?” and “Wheel of Fortune.”

“I was second guessing myself, but thankfully I got it right,” she said. “I started screaming.”

Charlynne celebrated by going to Barnes & Noble and “buying a whole bunch of books.”

The winners were also invited to watch the Baltimore Orioles’ 4-3, 10-inning win over the New York Yankees on April 29 in a catered suite, which Charlynne said was “the best day of my life.”

But Charlynne still has difficulties with some words, including “loup garou,” which is French for werewolf.

“Sometimes I have words that don’t spell like they sound,” she said.

Still, Charlene said her daughter “beats us like crazy when we play Scrabble.”

“She has a good grasp of how languages are and how words are formed,” Charlene said. “I’ve noticed that over the last two spelling bees she hasn’t just been learning the words but she’s been using them. So sometimes when she talks to me I have to get the dictionary to look up stuff.”