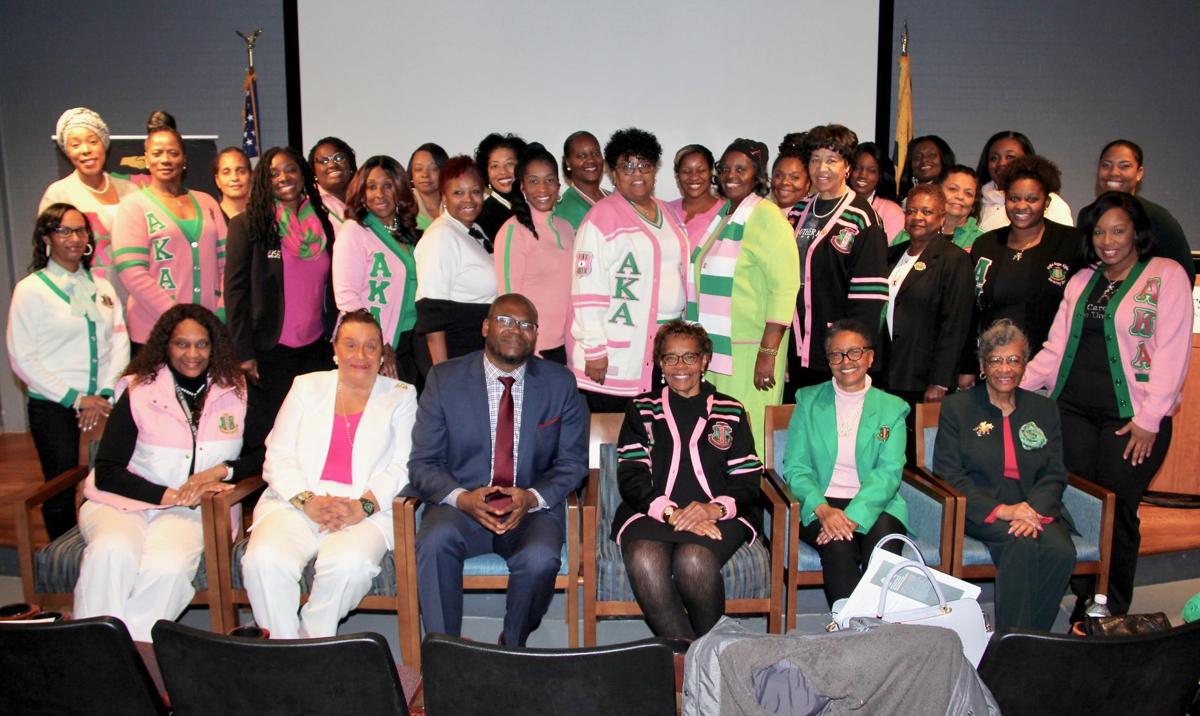 Attendees pose for a photo at St. Mary’s College of Maryland on Jan. 20 during day of service activities sponsored by the Alpha Kappa Alpha Sorority Inc., Nu Zeta Omega Chapter. 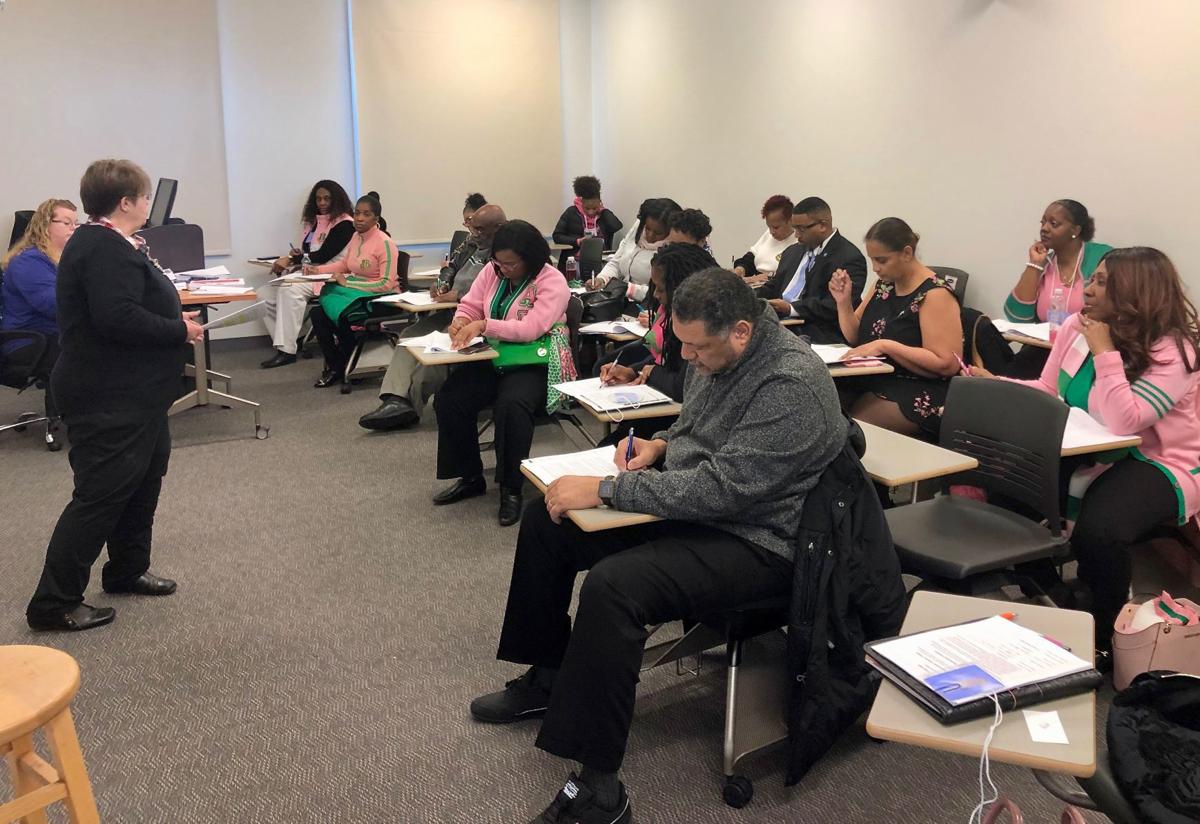 Attendees pose for a photo at St. Mary’s College of Maryland on Jan. 20 during day of service activities sponsored by the Alpha Kappa Alpha Sorority Inc., Nu Zeta Omega Chapter.

Other sponsors of the event included St. Mary’s College, St. Mary’s public schools, the St. Mary’s County Human Relations Commission and the College of Southern Maryland. At the prayer breakfast, Tuajuanda Jordan, president of St. Mary’s College, introduced the keynote speaker Jason Johnson, a political analyst for MSNBC and a professor at Morgan State University. In his speech, Johnson quoted King’s “Blue Print” speech, better known as the “Street Sweeper” speech from 1967, and used it as a springboard for his call to the audience to strive for excellence, even in the seemingly mundane activities of one’s daily life, which, in turn, will build a community of excellence.

At the prayer breakfast, the sorority was engaged in collecting, sorting and boxing donations of shoes, canned foods and eyeglasses. They collected 341 pairs of shoes for Soles4Soles, 130 canned goods delivered to both St. Mary’s College and Immaculate Heart of Mary’s Food Pantries, and 80 pairs of eyeglasses for the Lions Club International.

After the breakfast, the sorority kicked off its day of service program, “Advocacy and the Arts Program: Rebirthing the Vision of the Renaissance,” in conjunction with the Ivy and Pearls of Southern Maryland Community Charities. The program included a “Chat with Dr. Johnson,” that focused on his lived experiences and lessons as a political analyst and professor. A panel of subject matter experts and local leaders – Sandra Barnes, Rose Frederick, Marcia Greenberg, Linda Lymas and Janice Walthour – engaged the audience with presentations on their visions, major challenges and strategies in concert with King’s Vision of the Beloved Community.

Performances related to the day’s theme of “A Community Rebirth” were by Miyan Jewel Gainey, Alexandra “Lexi” Maynor and Courtney “Cookie B” Barbour.

Celebrated were the winners of the sorority chapter MLK Day of Service Essay Contest. Micah Kay, a second-year psychology major at CSM, was the winner from the college entries. Erin McRoy, a sophomore at St. Mary’s Ryken High School, was the winner from the high school entries. The topic of the essay was “The Harlem Renaissance: Its Contributions and Its Challenges for Us Today.” Both students were awarded a $100 scholarship and a certificate.

Kay’s mentor from The Men of Excellence Program at CSM, Timothy Fenner, was recognized as well as McRoy’s teacher, Stephanie Wojt.

Voter registration training by the sorority and the St. Mary’s County NAACP was offered to 20 people.

Throughout the day, the sorority with its community partner, nurse Ann Raley, was engaged in conducting blood pressure screenings, and a representative from the U.S. Census Bureau disseminated information about the importance of participating in this year’s census.