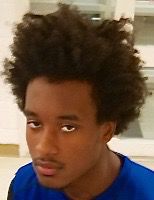 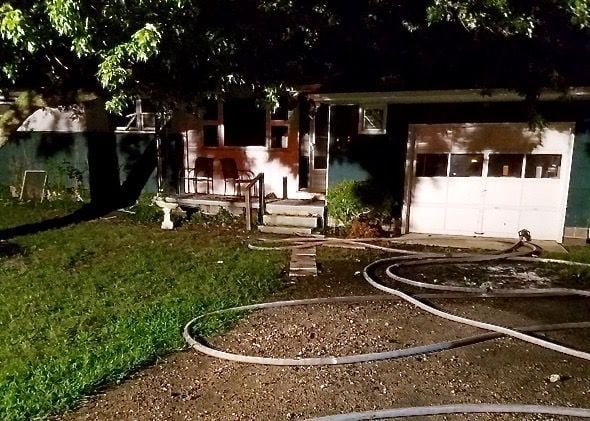 Firefighters’ equipment sits outside a California house that was damaged in a Monday morning blaze.

Firefighters’ equipment sits outside a California house that was damaged in a Monday morning blaze.

A Waldorf teenager remained in custody after his arrest Monday on a charge of first-degree arson from a house fire last week in St. Mary’s, a blaze that court papers allege he started by putting a television on a stove.

Tayvone Emmanuel Warren, a 19-year-old resident of the Pathways program group home in California, was questioned at a hospital after Thursday morning’s fire, according to court papers alleging that he told an investigator that he was “cooking vision.”

More than two dozen firefighters responding at about 1 a.m. that day battled the kitchen fire in the one-story house along North Patuxent Beach Road for 30 minutes, the state fire marshal’s office reports, and damages were estimated at $75,000 to the structure owned by Pathways, a provider of mental health services to people in Southern Maryland.

Warren and another occupant, identified in court papers as Michah Lee, escaped unharmed from the burning house, the state investigators report. Lee, who was sleeping before he was awakened by “popping” noises, was still in his sleepwear when firefighters arrived, court papers state, while Warren was fully dressed.

“The one battery-operated smoke detector closest to the kitchen had been removed prior to the fire,” according to the court papers from the investigation by deputy state fire marshal Brandon Shepperd.

Warren later was taken to MedStar St. Mary’s Hospital in Leonardtown, officials report, on an emergency petition for an evaluation.

During questioning by Shepperd, court papers state, the suspect said his age was “infinity,” that his phone number was “eight,” and that he “is the law.”

In addition to the arson offense, Warren was charged with reckless endangerment.