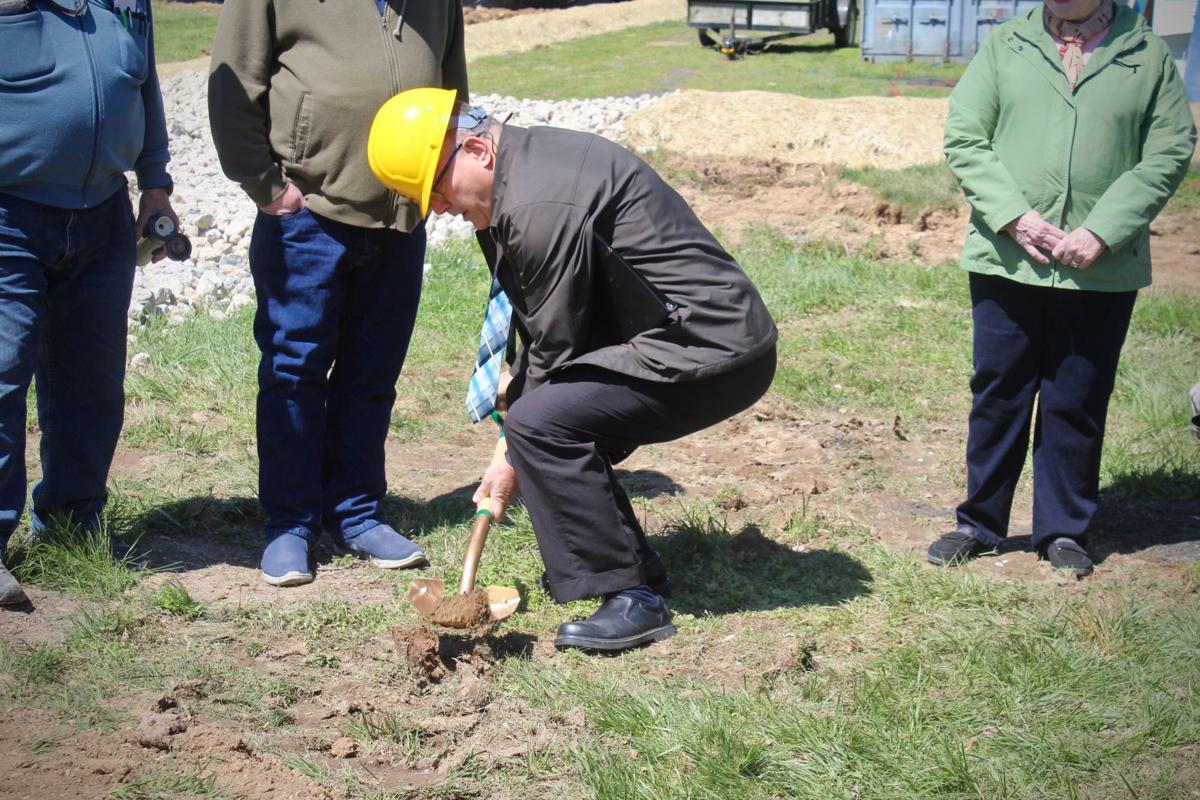 Pastor Dan Moore shovels the first patch of dirt on Thursday on the grounds where the new Callaway Baptist Church building will stand. 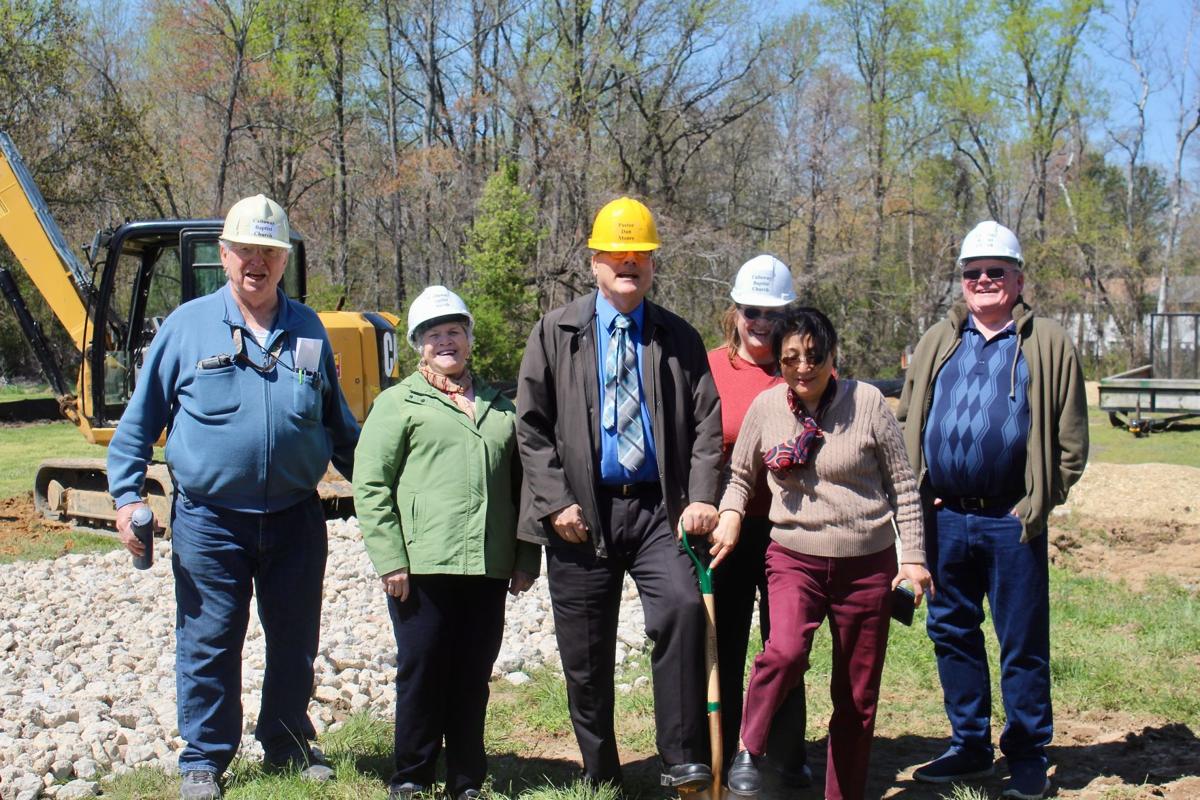 Pastor Dan Moore shovels the first patch of dirt on Thursday on the grounds where the new Callaway Baptist Church building will stand.

The groundbreaking ceremony for the new Callaway Baptist Church had a low turnout Thursday afternoon, but not because of lack of interest or effort.

To comply with the governor’s order of social distancing, only eight people were there to see the first shoveling in the land where the new chapel will stand.

“There is no perfect time to build,” Pastor Dan Moore said quoting a Bible verse from the book of Nehemiah about building the walls of Jerusalem.

Moore said he also wished the crowd were bigger, but knew the novel coronavirus was keeping the rest of the congregation at a safe distance. He joked that maybe the wind, which was blowing hard that day, could blow the virus away as well.

“As one building goes down, we look forward to another,” the pastor said standing behind the current building along Route 5.

The annex building that sits next to the main building will be torn down and replaced by the new church.

“We’ve been working on this for so long,” Dee Bridgeman, a member of Callaway Baptist, said.

She remembered speaking to one of the former church charter members years back, Alice Sheppard, who lived behind the annex, about having a new church. But she passed away around 2007.

“She never got a chance to see it,” Bridgeman said.

Moore said he arrived at the church in 1995. He said the main church building is close to Route 5 and he knew there would have to be a new building one day.

It was in 1997 when the pastor said he started dropping hints about wanting a new place and this is the church’s third attempt to get one. He said he once tried to convince members to purchase new property but they did not go for it.

But they found a way to settle on a $1.3 million project. They already spent $550,000 on it with plans to drop the overall price to $800,000 through donations and volunteering.

“We won’t be borrowing anything for the first phase,” he said.

The plan is to have a volunteer group, Men on Mission, to put up the roof, walls, siding, windows and doors. But that’s if Gov. Larry Hogan’s (R) executive order to stay at home is lifted before June 3. If not, they would have to spend $95,000 for that work. Moore said work can start on laying down the concrete, which only take three people. If everything goes as planned, construction will only take six months.

The plan is to add a projector screen to the new building that will come down to display the lyrics during praise and worship. It will also have a new disability-accessible baptistery, that allows the person being baptized to sit down on a ledge and have the pastor sit behind to dunk them while remaining dry.

Moore said church services as well as Sunday school have been livestreamed through Facebook, and they’ve been conducting Bible study through Zoom. He also started virtual communion.

“You probably have crackers in the house,” Moore said he told the congregation. He said they can partake with the food in their home and the head of the family can serve the other members.