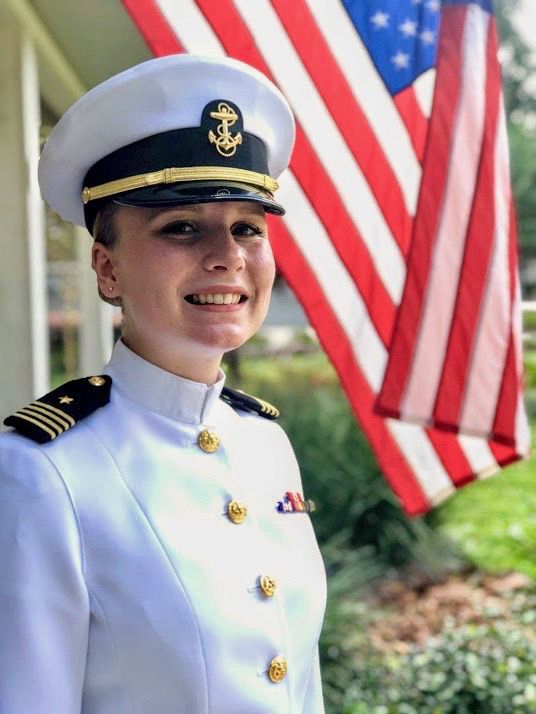 Jennifer Fillebrown, a 2016 graduate of Great Mills High School and senior at University of Florida, was named the Naval ROTC student of the year in December, a title given to a student who exemplified leadership, military excellence, scholarship and service. 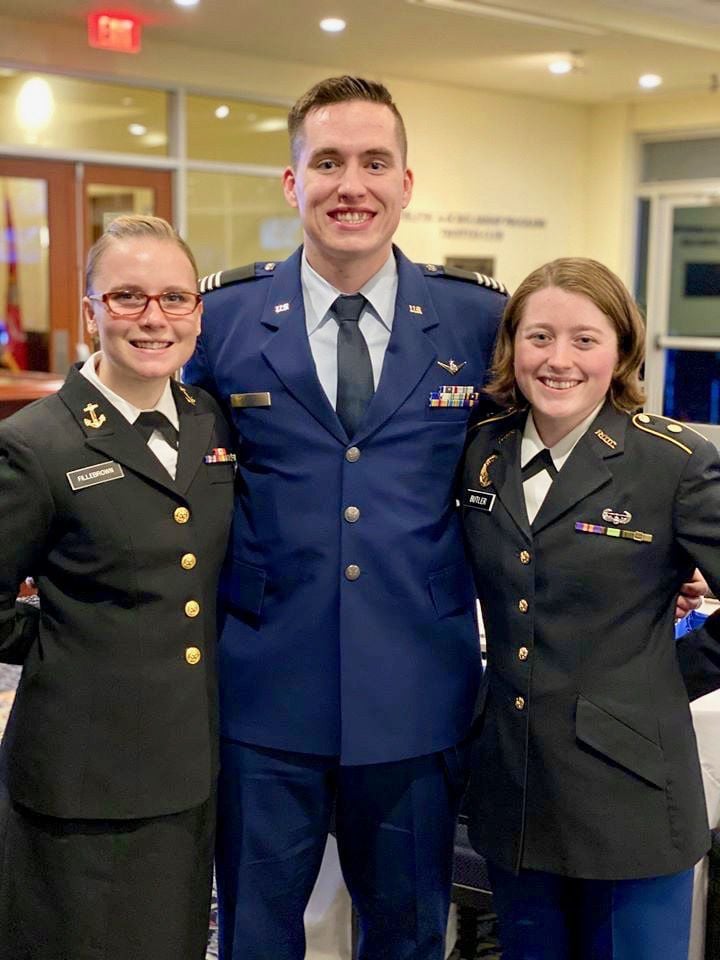 Jennifer Fillebrown, a 2016 graduate of Great Mills High School and senior at University of Florida, was named the Naval ROTC student of the year in December, a title given to a student who exemplified leadership, military excellence, scholarship and service.

A 2016 Great Mills High School graduate was at a watch party last month when ESPN2 announced she was named the NROTC student of the year.

“I’ve been hoping and praying for a long time that I would win,” Jennifer Fillebrown said. “It’s really an honor to receive an award like that.”

The University of Florida student competed against dozens of others to claim the Naval Reserve Officers Training Corps title. The Navy Federal Credit Union selected candidates representing the different military branches who were seniors from colleges across the country and exemplified leadership, military excellence, scholarship and service. The award comes with a $6,500 scholarship for Fillebrown and a $5,000 scholarship for her unit to support leadership conferences for fellow midshipmen throughout the year.

“There are 72 universities that have Navy ROTC at the college level. Out of all those 72, she was selected as the student of the year,” David Randle, JROTC teacher at Great Mills High, said. “It’s a pretty prestigious honor.”

Randle taught Fillebrown for the two years she was in Great Mills’ Navy JROTC. “Obviously, she was the smartest student I have ever had,” he said, adding that was backed up by her academics.

He recalled when she served as the class’s public affairs officer. She submitted photos to be added to a new version of a 400-page naval science textbook the class learns from, which Randle said produced about 500,000 copies. Five of her photos were published in the book.

“She did a better job as a public affairs officer than any other cadet I’ve had in that position,” the six-year JROTC teacher, said. “It was clear she was the smartest person in the room. Sometimes she would let people know that.”

The aerospace engineering major said her 3.97 GPA in college could have contributed to her win, as well as her community service, leadership and her research on hypersonic optimization for her thesis.

The 21-year-old said when she was 16 and thinking about her future, she “felt a calling for service before self” and referenced a King James Bible verse, 1 John 3:16, that states, “Hereby perceive we the love of God, because he laid down his life for us: and we ought to lay down our lives for the brethren.”

She learned as much as she could about the military during her high school’s JROTC, a program she called “phenomenal,” and noted a significant number of her peers went on enlist or pursue military-related programs. She then continued ROTC at the collegiate level that led to a commission in the U.S. Navy.

“Right now, I’m contracted to serve as a submarine warfare officer,” she said.

The college senior said she wasn’t completely surprised when she won because she made the first round of finalists for the ROTC All-American naval team that included four students from each military department.

“I knew my chances were one in four,” she said. On Dec. 12, Fillebrown attended a watch party in Florida for the announcement with her friends, along with a camera crew from the Credit Union. Her parents, LeeAnn and Tim, watched the announcement in Buffalo Wild Wings with her dad’s co-workers who mentored her since high school.

When her name was announced, Fillebrown said she was all giggles and smiles. She remembers saying, “Wow, that’s me on television.”

“It’s really like a testament to the investment of all the leaders who invested in me,” she said. “I definitely didn’t get this award through my own efforts. Everyone who came along side me helped me succeed.”

Now she’s inspired to invest in the people who come after her, she added.

After Fillebrown graduates in the spring, she will receive training on safe operation nuclear reactors at the Nuclear Power School in Charleston, S.C., and in early 2022, she will be deploying in the fleet and receiving her first assignment.