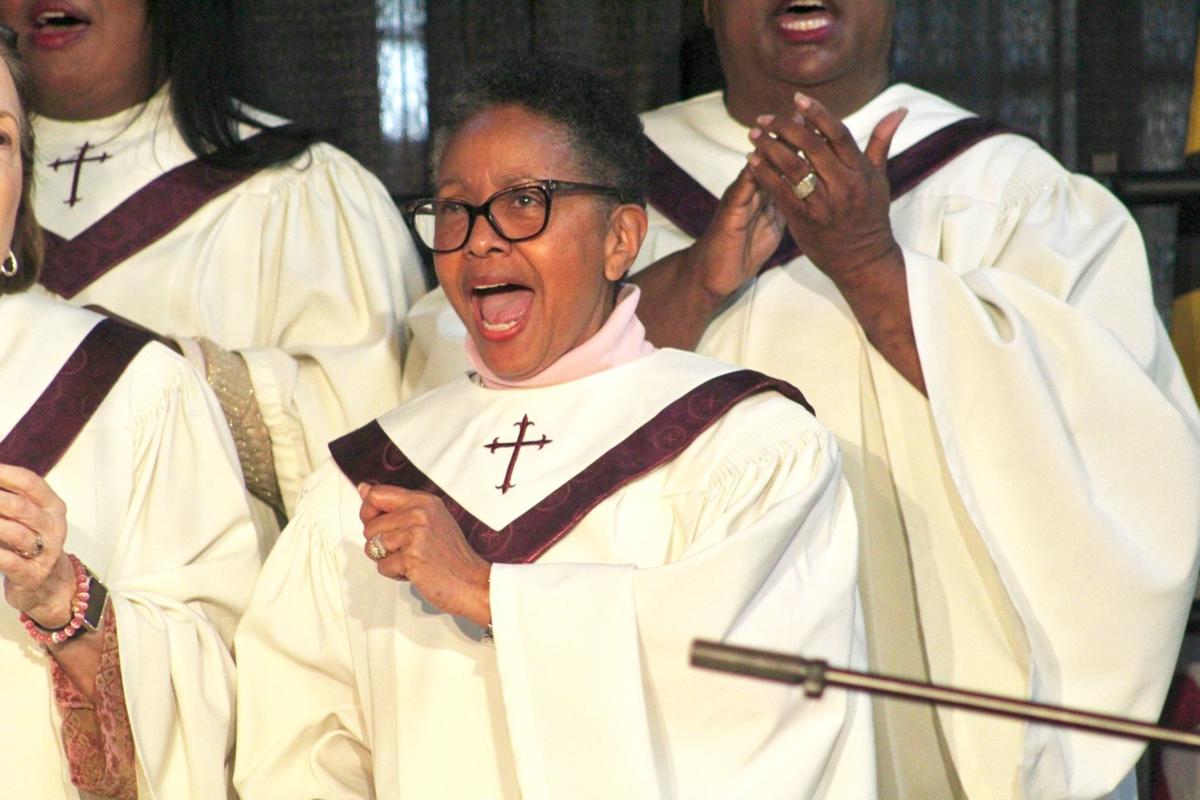 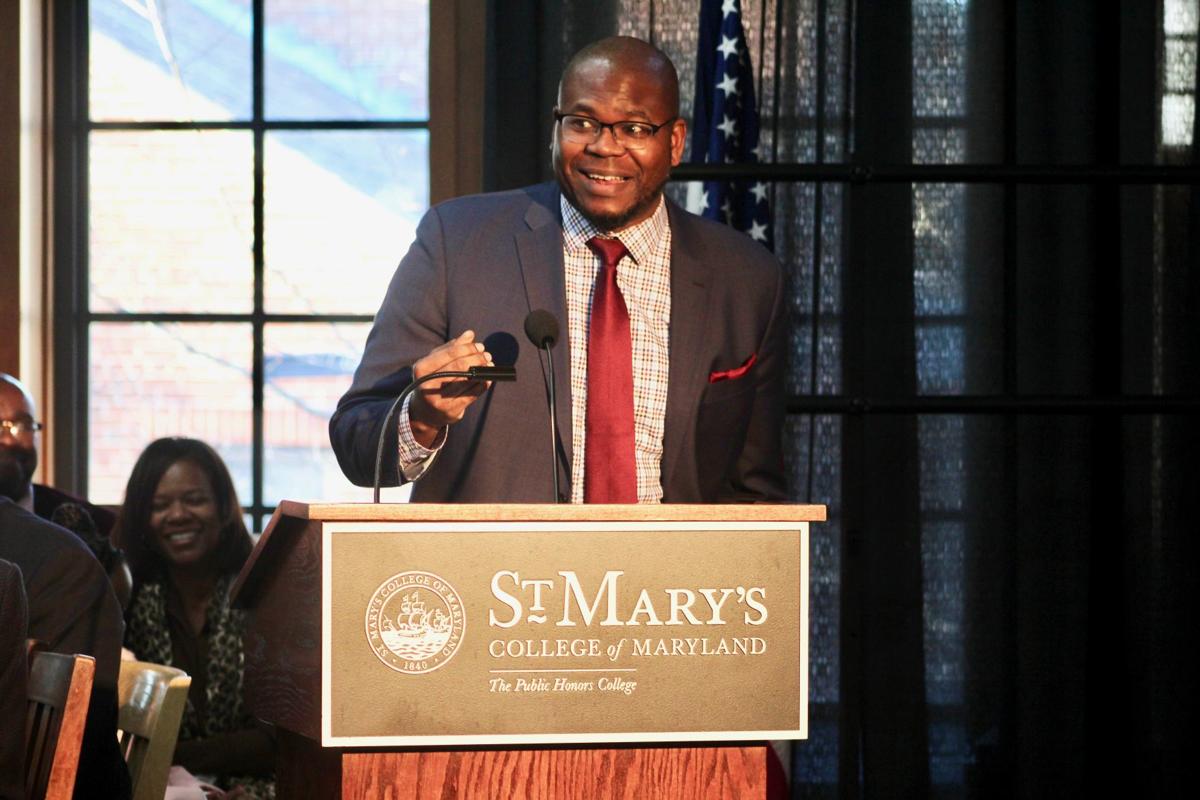 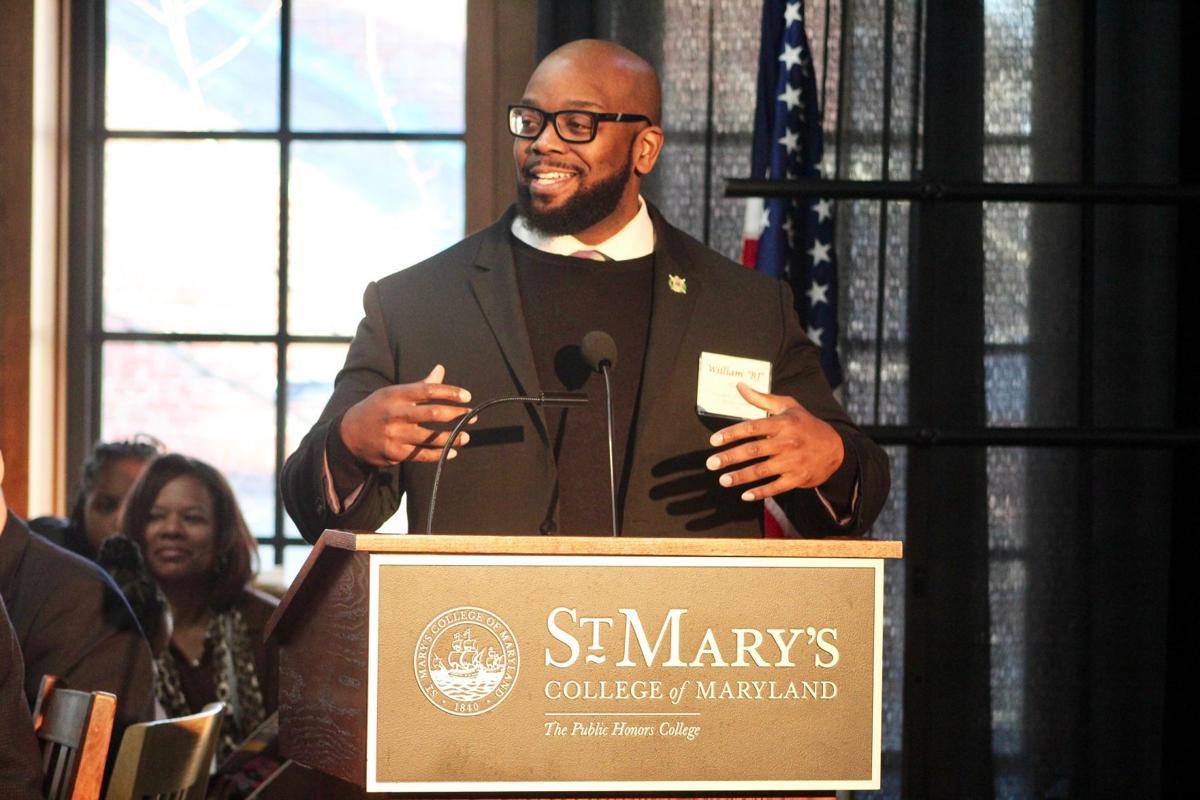 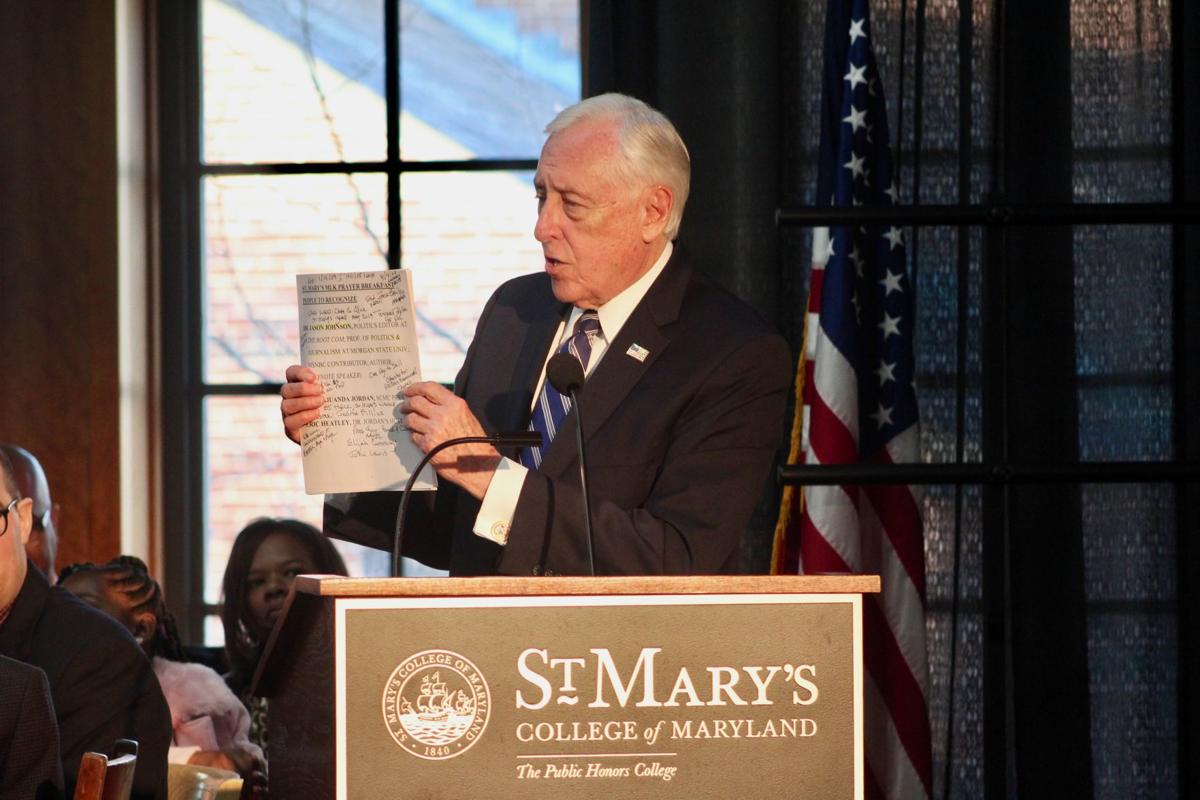 A professor and political analyst told an audience Monday morning inside St. Mary’s College of Maryland’s Campus Center to ask themselves three things when thinking about serving: Do you want to serve? How do you serve? What’s the best way to serve others?

He said when people talk about King’s service, they don’t talk about what that means today. People are often discouraged from serving because they equate it to the level of making a historical speech, or leading a march across the Edmund Pettus Bridge in Alabama. But Johnson said serving can come in different forms.

He said he was asked to join a mentoring program 10 years ago. The volunteers had to tell the kids why they wanted to mentor before the kids picked who they wanted to lead them. His fellow volunteers gave what Johnson described as “amazing heartbreak stories” like creating Google after being incarcerated, he joked.

“I can’t serve. I don’t have anything to give,” Johnson said he remembered thinking. He said he had a “Brady Bunch,” “Dawson’s Creek” or CW network sitcom-type of childhood that didn’t produce the same type of testimonies. However, a few kids chose him anyway. Years later, he asked his mentee, why he picked him that day.

His mentee said, “Because of the background you have, you didn’t have to be here. I thought you had something to say.”

Johnson noted people often diminish others’ ways of serving, like using hashtags on social media. But posting #BlackLivesMatter and #OscarsSoWhite drew attention and made a difference.

He spoke about his experience during the protest in Ferguson, Mo., after a police officer shot and killed 18-year-old Michael Brown in 2014. “I feared for my safety. I feared for my life,” Johnson said about the protest.

He described an experience where guns were pointed at him and canisters of tear gas were hitting people in the head. “You didn’t have to be there,” he said, but tweeting #HandsUpDontShoot told him the protesters were not alone.

Johnson said there are multiple ways to serve and picking something that’s the most fulfilling is the best way to do it. “We don’t all have to be Martin Luther King,” he said. “All we have to do is change our attitude toward serving.”

Other speakers that morning were Rep. Steny Hoyer (D-Md., 5th), who talked about standing on the balcony of the Lorraine Motel in Memphis where King was assassinated, and walking across the Edmund Pettus Bridge 15 times with Rep. John Lewis (D-Georgia).

BJ Hall, president of the St. Mary’s NAACP chapter, challenged Hoyer’s statement and changed the words to “if it is to be, it us up to us.”

After Hall encouraged people to vote and participate in the 2020 census, Tuajuanda Jordan, president of the college, said his statement didn’t rhyme. “If it is to be, it is up to we,” she said. “If it is a must, it is up to us.”