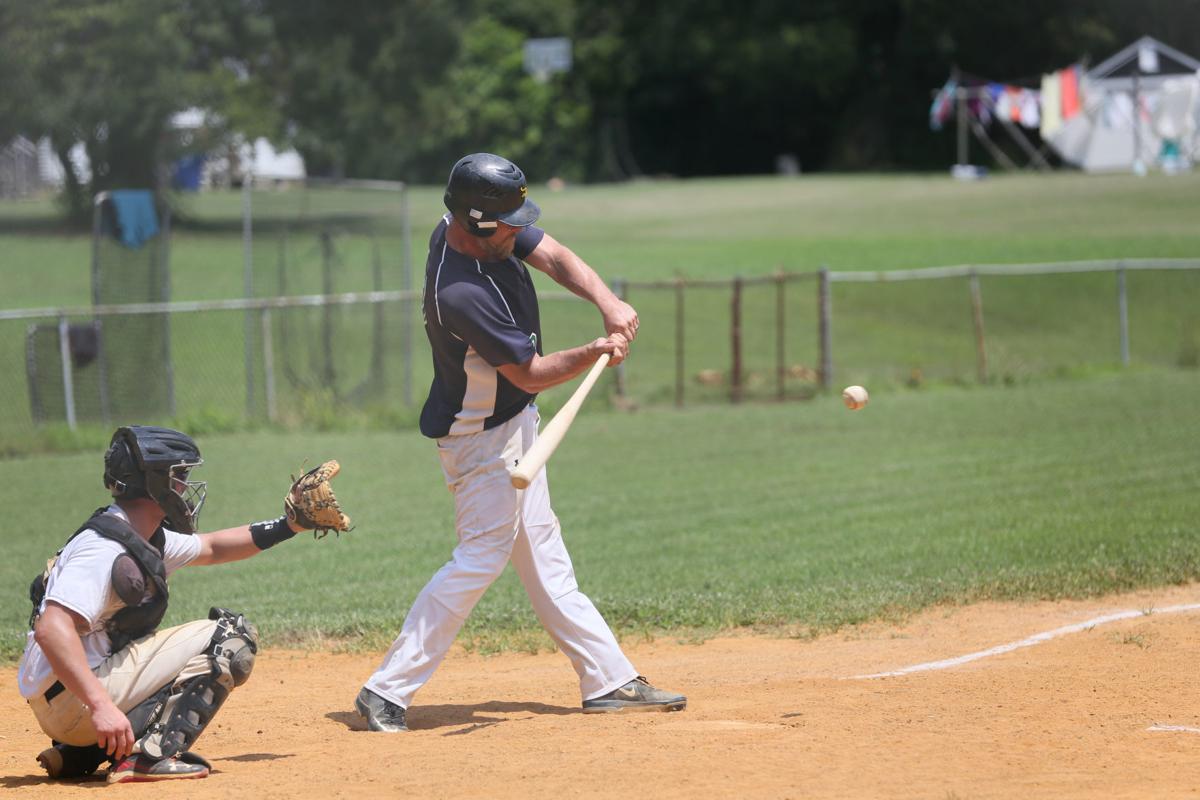 Greg Conden, pictured here in a 2019 contest will be playing for Indian Head when the 2020 Coors Charles-St. Mary’s Baseball League begins Saturday. Conden’s St. Mary’s Door team is not playing this season due in part to its main sponsor being closed because of the coronavirus pandemic. 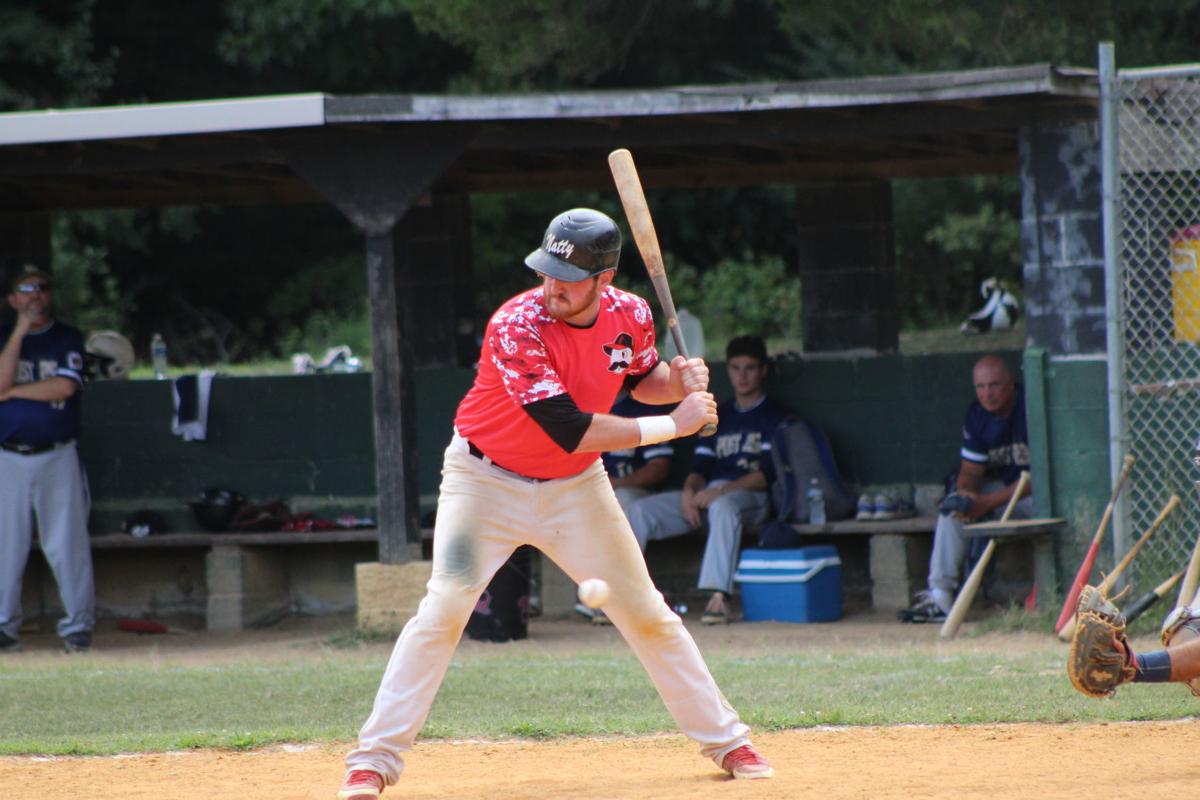 Ricky Brady, pictured here in a 2019 contest, and Western Charles head into the opening weekend of Coors Charles-St. Mary’s Baseball League action this Saturday, although the landscape will have several minor changes. 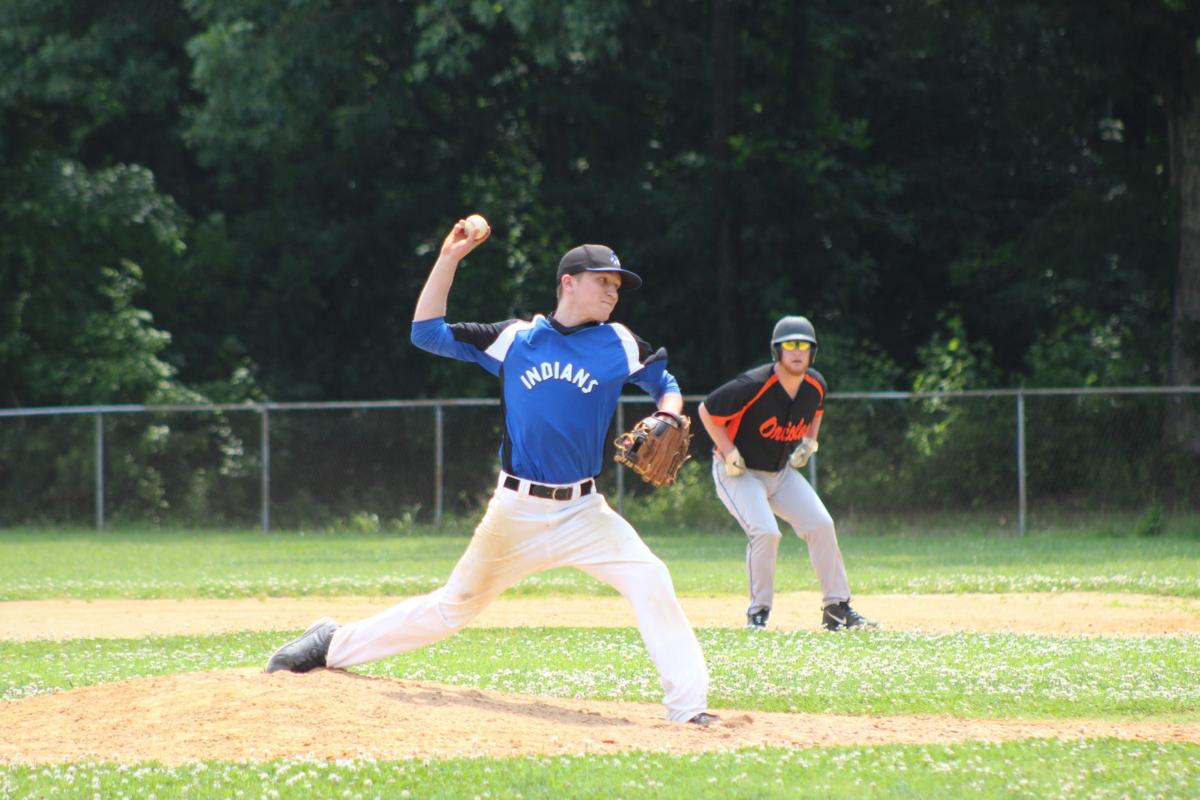 Sam Wright, pictured here in a 2019 contest, and Indian Head are ready to begin the 2020 season this weekend.

Greg Conden, pictured here in a 2019 contest will be playing for Indian Head when the 2020 Coors Charles-St. Mary’s Baseball League begins Saturday. Conden’s St. Mary’s Door team is not playing this season due in part to its main sponsor being closed because of the coronavirus pandemic.

Ricky Brady, pictured here in a 2019 contest, and Western Charles head into the opening weekend of Coors Charles-St. Mary’s Baseball League action this Saturday, although the landscape will have several minor changes.

Sam Wright, pictured here in a 2019 contest, and Indian Head are ready to begin the 2020 season this weekend.

When the Coors Charles-St. Mary’s Baseball League gets under way this weekend with a quartet of games at Rainbow Construction Field in La Plata, the belated start to the season will offer a needed and welcome return for players, spectators and umpires alike.

In the weeks leading up to the start of the CHASM slate, delayed nearly two full months by the restrictions and other guidelines imposed by state health officials amid the coronavirus pandemic, Western Charles coach and league secretary Tony Stefko had never had any serious doubts that the season would be a casualty. In fact, the field and grandstand were made ready for play over a month ago, although the concession stand will not be open this season.

This weekend’s season opener will offer games on Saturday only, with Indian Head and Pomfret [formerly the Hyper Bombers] playing a doubleheader beginning at 9 a.m. followed by a twin-bill between La Plata and St. Mary’s 19-and-Under team. Typically the league opens with single games, but the condensed schedule has prompted teams to play doubleheaders.

“I think everyone is really excited to get back on the field and start playing again,” Stefko said. “From what I’ve heard from other coaches we will not have any shortage of players. We have made a few changes in regards to social distancing for players and spectators, but really nothing major.”

Western Charles will head into the opening weekend of CHASM action this Saturday, although the landscape will have several minor changes.

While Western Charles, Indian Head and St. Mary’s Legion 255 are back, St. Mary’s Door will not have a team in the league and neither will the Black Sox. The St. Mary’s 19-U team will join the mix, with the Hyper Bombers playing under the new name as Pomfret Pirates.

Stefko noted that the St. Mary’s 19-U team will play a modified, 10-game schedule and will not be participating in the playoffs. The other five CHASM teams will each play 18 games, all in doubleheader formats, with games not being played on the Fourth of July or Labor Day holiday weekends.

“I can’t wait to get back on the field,” said Indian Head’s Charlie Wright. “There’s no place where I would rather be each weekend than on the baseball field. My dad [Jamie Wright] and my brothers Sam [Wright] and Adam [Wright] are all going to be playing again this summer. It’s going to be different playing a shortened schedule, but it beats not having a season.”

While Stefko and Wright are eager to get back on the field, St. Mary’s Door coach Drew Willard lamented the fact that his team would not be playing this summer. The Door have been a fixture in the league for four decades, but this summer Willard and many of his players will not be competing. Pitcher Greg Conden will play for Indian Head and infielder Julian Grant has moved over to Pomfret.

“With the COVID-19 shutdowns, our main sponsor was closed for four months,” Willard said. “Plus, we had some guys who got laid off so without our sponsors it would not have been fair for our guys to make up the difference to play in the league. But we’re planning to come back next year. It’s going to be different not playing this simmer, but we’ll be back next summer.”

Stefko noted that the league will conduct most of its games this summer at Rainbow Construction Field and at Chancellor’s Run Regional Park in St. Mary’s County. As of now, Laurel Springs Regional Park in La Plata is not available and St. Mary’s College of Maryland’s field is closed for the summer. Regardless of the modified schedule, coaches and players seem eager to play baseball this summer.

“We have a full roster and pretty much everyone is back,” Stefko said, noting that mainstays Ricky Brady, Chris Blondin, Bill DeAtley and Tyler Summers all returned. “We had to make some changes this year, but everyone is just glad to be able to play baseball again this summer.”