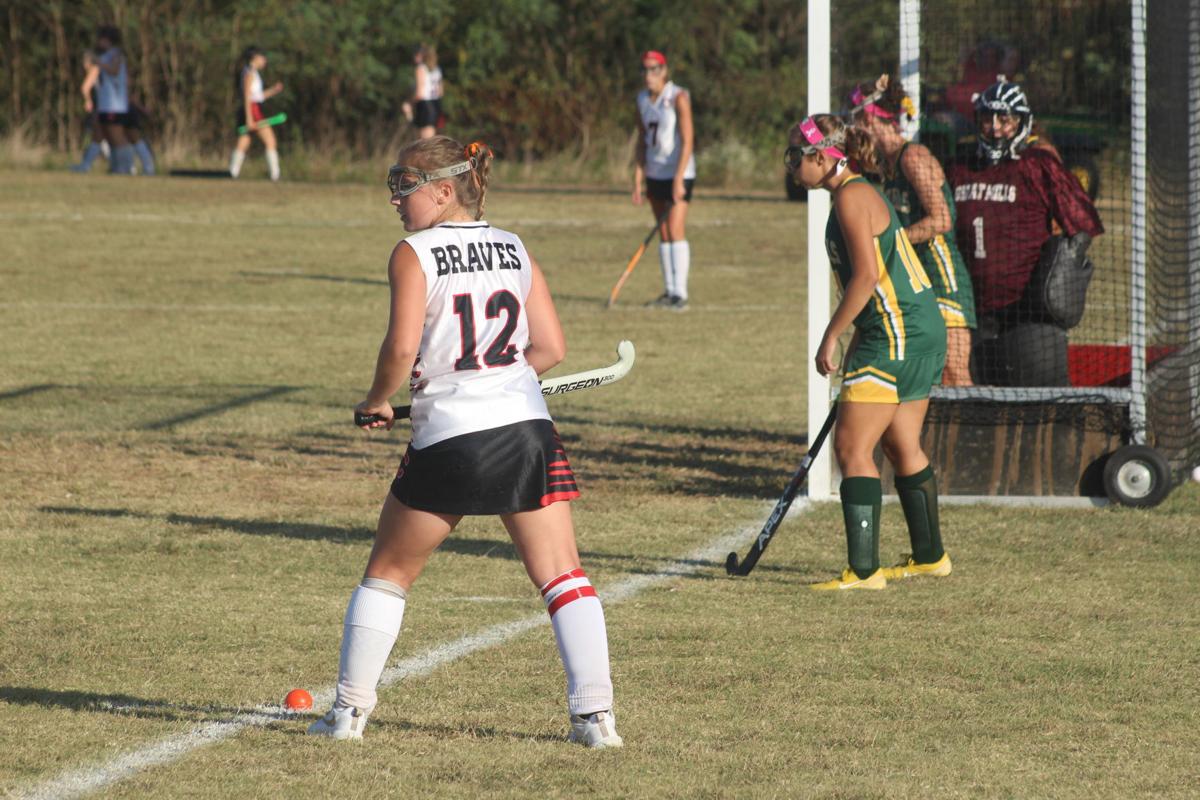 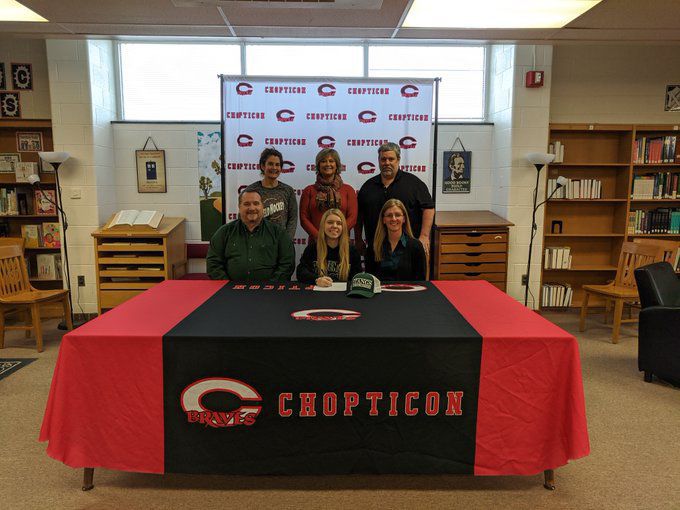 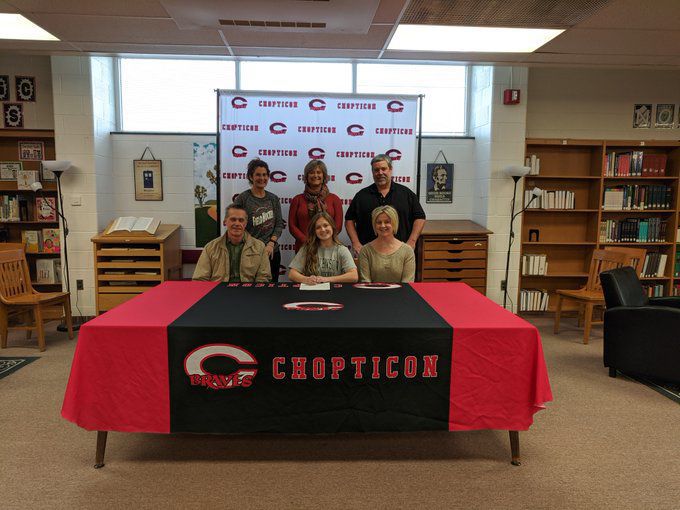 After sharing the field hockey field at Chopticon High School together for a few years, a pair of Braves athletes are going to continue playing with one another at the next level.

On Jan. 31, Chopticon seniors Kaitlyn Courtney and Kameron Harrison each committed to play at Stevenson University this fall.

“I am beyond excited to have the opportunity to continue my field hockey career at such an amazing university,” Courtney said. “I appreciate all of the support from my high school and club coaches and players over the years.”

Stevenson University is located in Owings Mills and is a member of the NCAA Division III’s Middle Atlantic Conference.

Courtney and Harrison will join Chopticon High School graduate Shannon Baker on the Stevenson roster. Baker competed in five games as a freshman on defense last fall for the Mustangs.

“This will be the second time in the history of our program that we will have three players playing on the same team collegiately,” Braves head field hockey coach Anne Vallandingham said. “The last time that happened was when Alli Elliott, Bre Russell and Linzy Martin all played for Frostburg State University.”

In their senior seasons, Courtney and Harrison helped lead the Braves to a 7-6 overall record and a 3-3 mark in the Southern Maryland Athletic Conference Chesapeake Division. The Braves picked up regular season wins over county rivals Great Mills and Leonardtown, but had its season come to a close with a 3-0 loss to Great Mills in the Class 3A South Region I championship.

“I am extremely excited to get the opportunity to continue playing field hockey in college,” Harrison said. “I appreciate coach V and all that she’s done as well as what Chopticon field hockey program has done for me. It made me the person that I am today. I am never going to forget the sisterhood at Chopticon, and I am excited to start a new adventure.”

Vallandingham is excited to see two more of her former players commit to play field hockey at the next level.

“We are so pleased for Kameron Harrison and Kaitlyn Courtney to have both committed to play for Stevenson University this fall,” Vallandingham said. “Committing to play collegiate field hockey, at any level, is a huge obligation and these ladies are ready for that next step. They both have worked hard to have this opportunity.”

This fall will mark the first time that four Chopticon field hockey players are playing at the collegiate level during the same time.

“Kaitlyn and Kameron will be joining one of our former players, Shannon Baker, at Stevenson,” Vallandingham said. “In addition, this fall will be the first time we have four college players with Sarah Sweeney playing at Salisbury University.”

Sweeney concluded her sophomore season at Salisbury last fall and competed in seven games. The Seagulls finished the season with a 20-2 overall record and fell in the NCAA Division III semifinals by a final score of 1-0 to Middlebury of Vermont.