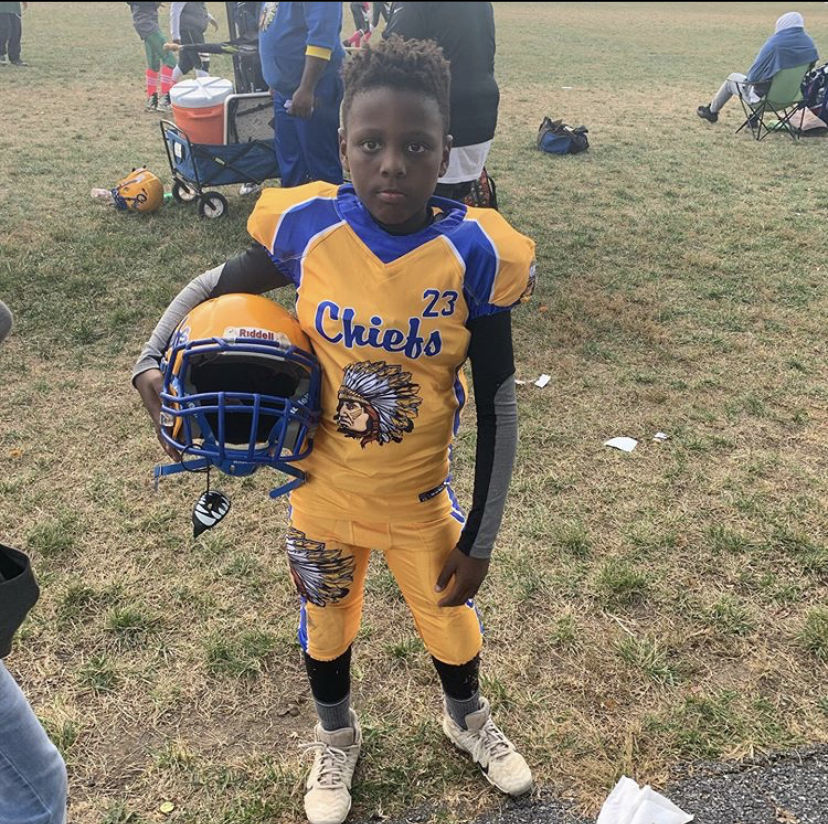 Karon Starks, a St. Mary’s County resident and student at Carver Elementary School, starts at outside linebacker for the District Heights Chiefs in the American Youth Football Metro League. Starks will look to help lead the Chiefs to an AYF national championship in Florida next week. 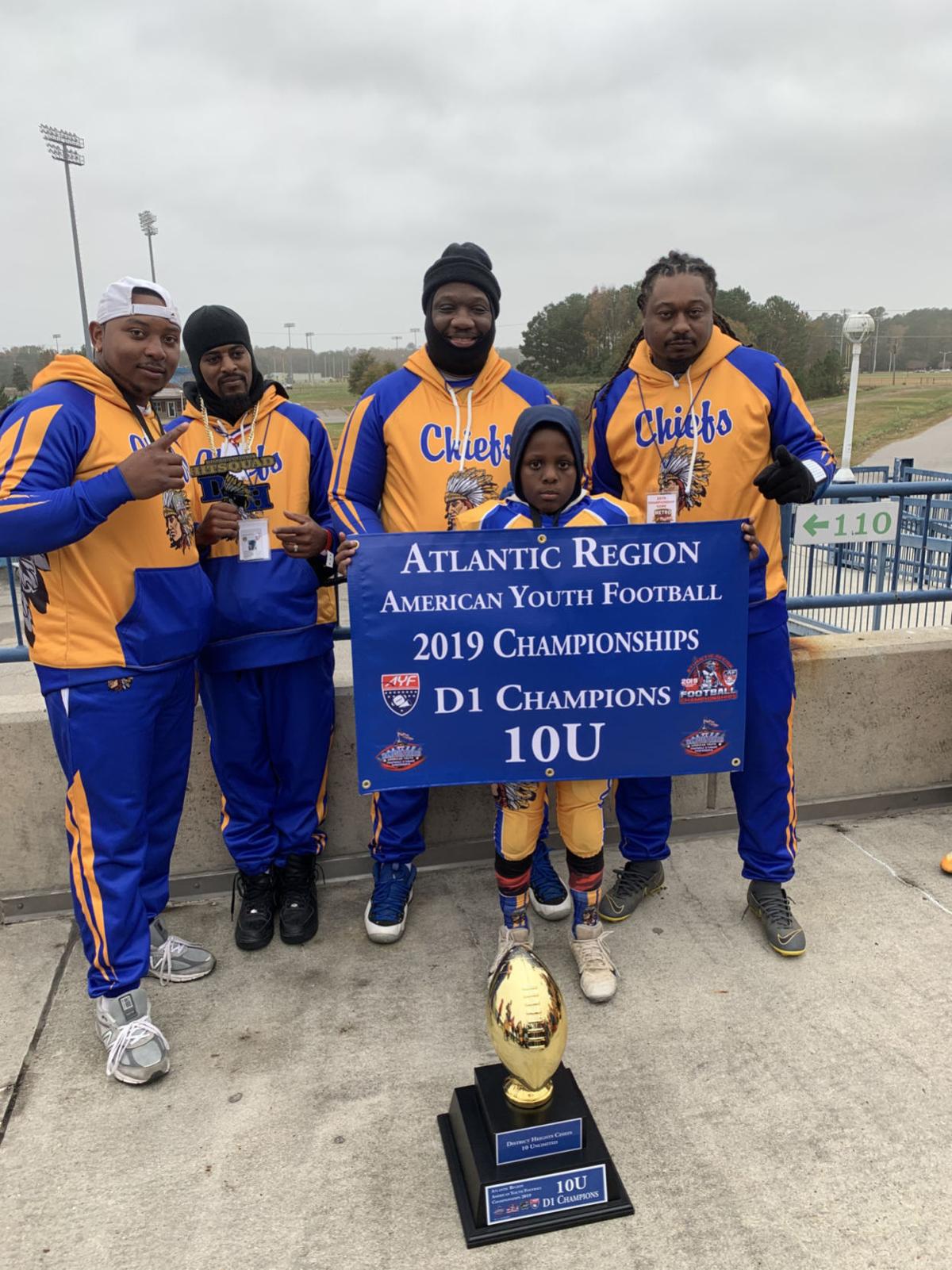 Karon Starks, a St. Mary’s County resident and student at Carver Elementary School, starts at outside linebacker for the District Heights Chiefs in the American Youth Football Metro League. Starks will look to help lead the Chiefs to an AYF national championship in Florida next week.

Karon Starks may only be 10 years old, but he is already making a name for himself and is helping lead his youth football team to compete for a national championship.

“I love my team and my coaches,” Starks said.

This season, the Chiefs are undefeated and have been crowned the AYF Metro League champions, the Maryland State AYF champions and claimed the AYF regional championship.

“This year we are doing good, but we still have work to do,” Starks said.

Saturday, Starks and the Chiefs will fly to Florida and compete for an AYF national championship next week.

“We plan to go to Florida on a business trip,” Starks said. “I am excited.”

At 6 years old, Starks began playing football and mainly played as a running back on offense and at cornerback on defense. This year, the 4 foot-7-inch, 10-year-old made a position switch and has started all season at outside linebacker.

“I like to lay the boom on people like my favorite player, Sean Taylor,” Starks said, referring to the Washington Redskins star. “I watch his highlights on YouTube. My coaches are the best. They have helped me learn the linebacker position this year, and I’m doing really good at it.”

Starks has averaged five solo tackles a game this season and he has recorded one interception.

The old cliché is that defense wins championships, and for the Chiefs, they hope the saying stays true. This season, the team has only given up six points to their opponents and hope their stingy defense can help them capture a national championship.

“I’m excited my team went undefeated all season,” Starks said. “We have only allowed six points on defense. We earned the chance to go to Florida and play for the national championship.”

Starks, who also plays basketball for the Southern Maryland Parks & Recreation’s The Heat, earned AYF Metro League Player of the Week honors once this season.

“My dad and my coaches always tell me how good of a job I do after the games, but it felt good that my hard work was noticed by people that I don’t know,” Starks said. “It makes me want to work even harder to stay on their radar.”

With his play this year, Starks was placed on a watchlist as one of the top 100 10-year-olds in the Atlantic Region and given a three-star rating.

“I’m extremely proud of Karon and the work he and his teammates have been putting in at school and on the football field,” Karon’s father Gregory Starks said. “The coaches make sure these guys are prepared for every opponent and all of the parents are just as supportive and involved as the next. Making it this far to play for a national title makes all those long rides back and forth to practice and games worth it for sure. I’m very confident that these guys will bring the first national title back home to the DMV.”