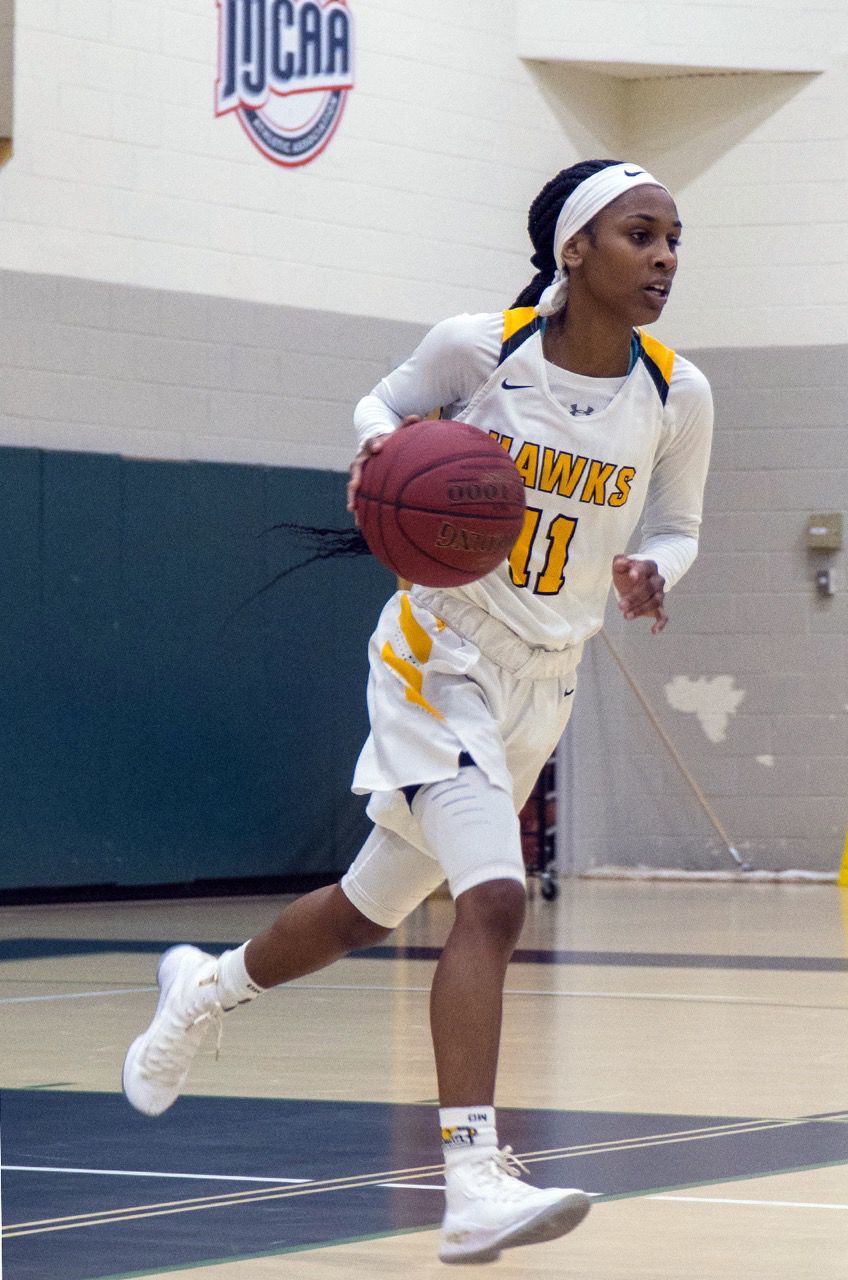 College of Southern Maryland sophomore point guard Amaya Yancey is taking her talents to University of Rio Grande in Ohio after two successful seasons with the Hawks. 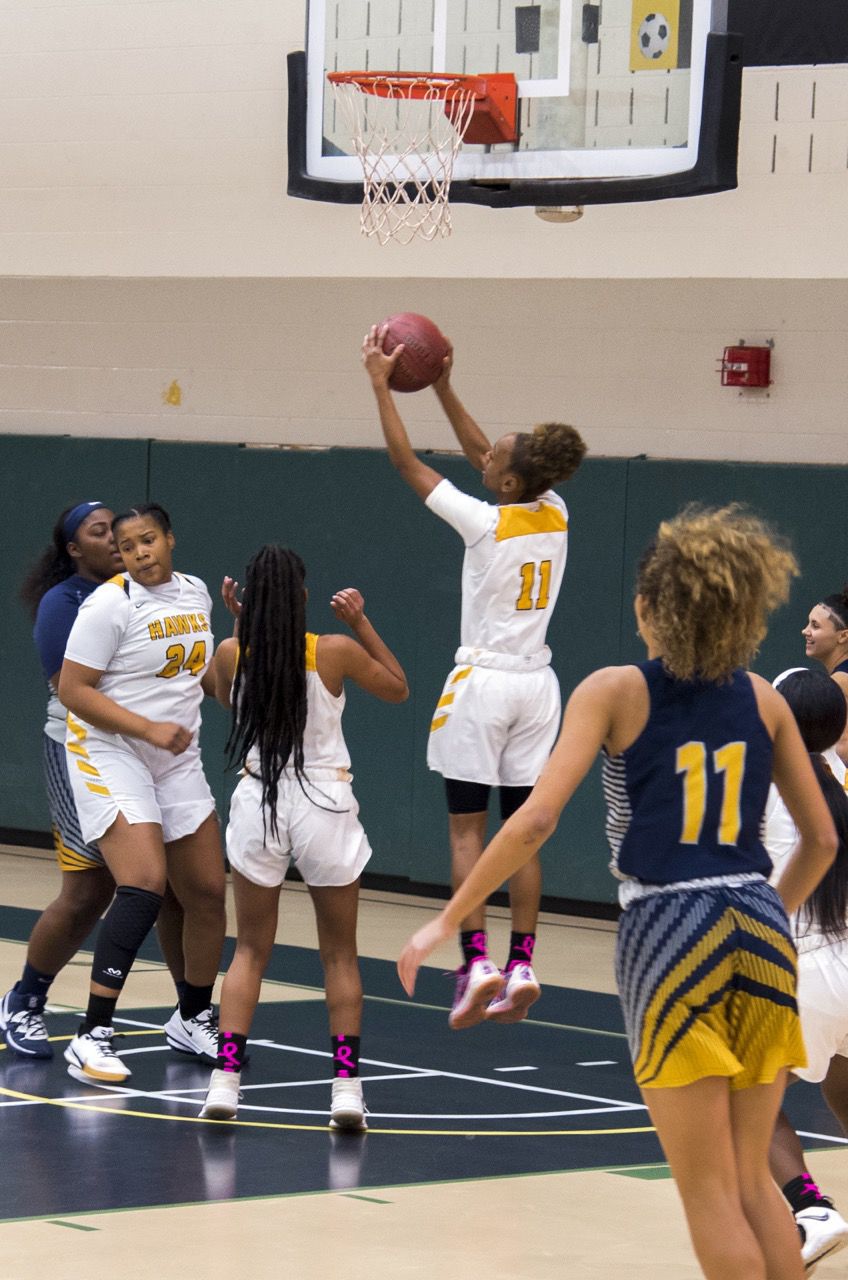 CSM sophomore point guard Amaya Yancey received NJCAA All-American honors as a freshman and found a spot on the All-MDJUCO and All-Region XX teams in each of her two seasons with the Hawks.

College of Southern Maryland sophomore point guard Amaya Yancey is taking her talents to University of Rio Grande in Ohio after two successful seasons with the Hawks.

CSM sophomore point guard Amaya Yancey received NJCAA All-American honors as a freshman and found a spot on the All-MDJUCO and All-Region XX teams in each of her two seasons with the Hawks.

Following two very successful seasons as a member of the College of Southern Maryland women’s basketball team, Amaya Yancey is now prepared to take her talents to NAIA’s University of Rio Grande in Ohio for two more seasons of college basketball.

Yancey, a Washington, D.C. native and graduate of Parkdale High School in Prince George’s County, was among the Hawks’ best players each of the past two seasons. The point guard received NJCAA All-American honors as a freshman and found a spot on the All-Maryland Junior College Athletic Conference and All-Region XX teams in each of her two seasons with CSM.

“I did better than I expected at CSM,” Yancey said. “When I started, I didn’t think I was going to do that well. I just didn’t have a lot of confidence in my game, but I kept working hard and learning and getting better and listening to my coaches. Both years went better than I could have expected.”

Yancey concluded her CSM playing days with 823 total points, 444 rebounds and 405 assists. She also shot 43.3 percent from beyond the three-point line and 70.3 percent from the free-throw line. But her numbers over the past two seasons hardly give an indication of what she meant to the program as CSM head women’s basketball coach Ardell Jackson would attest.

“Amaya was always her biggest critic, but she always came to practice ready to work and listen,” Jackson said. “She really knew how to take control of a game and as a point guard that’s what you want. She could score, but she knew how to get everyone involved in the offense. She’s going to do well at Rio Grande. They’re getting a really talented player.”

Yancey gained an immediate confidence boost as a freshmen when she was named as an All-American. She garnered even more confidence during her sophomore season when she attracted interest from four-year schools. Yancey was not only among the Hawks leading scorers, she also led the NJCAA Division II women’s basketball in average assists per game.

“When I heard from some of the other schools, that really helped my confidence,” Yancey said. “I was really glad that Rio Grande wanted to me to play for them and offered me a full scholarship. This past season, I learned a lot about becoming a leader. It was tough at first. But now I know what to expect when I become a senior.”

As a freshman, Yancey averaged 16.0 points, 9.7 rebounds and 8.0 assists per game, shot 50.6 percent from beyond the three-point line and recorded seven triple doubles. She was named NJCAA Player of the week for the week of Dec. 3 to 9 2018, and later earned All-MDJUCO and All-Region XX second-team honors and All-American third-team designation.

Jackson noted that the Hawks have commitments from seniors Jariah Russell (Southern Maryland Christian Academy), Moriah Jones (St. Charles) and Taylor Dean (Great Mills). None of the three have formally signed, but Jackson said a formal signing ceremony will take place once the La Plata campus reopens after the coronavirus pandemic.