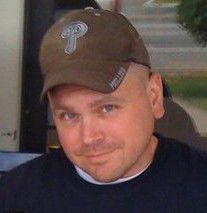 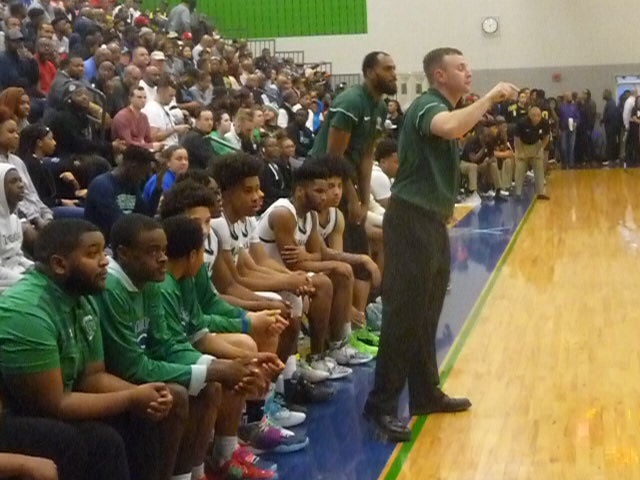 St. Charles head boys basketball coach Brett Campbell shouts instructions out to his team during its recent run through the 3A South Region playoffs. The Spartans wrapped their region championship with a come-from-behind 75-72 win over Potomac and are hopeful to play two more games to attain a state championship.

St. Charles head boys basketball coach Brett Campbell shouts instructions out to his team during its recent run through the 3A South Region playoffs. The Spartans wrapped their region championship with a come-from-behind 75-72 win over Potomac and are hopeful to play two more games to attain a state championship.

Even with all that was swirling around the world at that point, it never really dawned on me that those might be the last games I ever covered.

I remember going to an event at my son’s elementary school the night before and wondering if it was the last night night things would seem normal, as the first cases in Maryland had just recently been announced. But on that Saturday all felt normal — well, aside from not covering the state wrestling tournament, as I’ve typically done most every year since over the past 17 years.

I covered games the same as any other year and looked forward to hopefully covering a couple more basketball games over the course of the next week.

Things didn’t seem a whole lot different the following Monday when I stopped by the Patuxent High School baseball diamond for the end of the Panthers’ scrimmage with South River. Talked with coaches and players about what might be in store for a young Panthers team that was hoping to take a big step forward.

But then that Wednesday night, everything changed.

By the end of the week schools were closed, games were canceled, and we were all left wondering about what lies ahead. My journalism career is rather insignificant, but as I write this on the afternoon of March 23 I wonder if it’s over.

I’ve been a sports editor and reporter for 17 years. At some point for a sports reporter to continue on there have to be games, and while you figure the games will be back at some point it’s just difficult to know what everything is going to look like then.

What I do know is where I’ve been, what I’ve seen. And by and large it’s been a heck of a fun way to make a living for the last 17 years. Plenty of ups and downs, sure, but the good always outweighed the bad. And what better time to reflect on it a bit than now?

Seventeen years is a long time, so today I’m just going to run through some of the best basketball games I’ve covered. Makes sense because that was the most recent season, even if it didn’t quite finish, and it was also the first season for me when I started covering Southern Maryland back in January 2003.

The first game I covered was a McDonough at Calvert girls basketball game, won by Calvert 37-24. That game will get no further mention here. But one that does stick out involved the same schools and was in that same gym a little over a year later.

Calvert’s boys team won SMAC in 2003-04, and if memory serves went undefeated in SMAC play that year. But in the 3A South Region semis they hosted McDonough, which had former Southern Maryland Newspapers sports reporter AJ Mason on its roster. The Rams built dominated most of the game, building a huge lead through three quarters before Calvert made a mad charge, almost pulling even before succumbing 71-68.

McDonough proceeded to top Severna Park on the road in double overtime the next round before bowing out to Gwynn Park in the state semifinals.

In our many years as colleagues and co-workers, AJ often talked about the hot start they got off to in the state semis and how Gwynn Park had to call an early timeout. But the game went the full four quarters, and the Rams lost by 29. But all these years later, that regional semifinal game at Calvert still leaves a mark.

The next three I’m going to mention all have a common denominator in terms of the school on the losing side — Potomac — with the first two coming during current Northern head boys basketball coach Torrence Oxendine’s time at the Wolverines’ helm.

In 2009, Lackey welcomed the Prince George’s County program in the 3A South quarterfinals. The Chargers, SMAC champions that year, had been riding high but had the unfortunate task of opening its postseason a team that was fully capable of challenging for the region title — somewhat similar to the task St. Charles faced this past winter.

Lackey jumped out to the early lead and was up at the half, but Potomac stormed in front to lead at the end of three quarters before the Chargers ultimately took an 84-82 decision. A round later, Lackey knocked off a tough Chopticon team to earn a spot in the region final where the season ended in a loss to Friendly in a game that was played at Wise High School in Upper Marlboro.

A year later, Potomac came to Stone for the 3A South final. Stone, which had reclassed to 3A that year, had finished in the 4A semifinals the year before and was the 4A runner-up two years prior.

The game wasn’t as competitive — the Cougars dispatched Potomac 87-68 — but I’ll never forget the energy in that gym, and even in the parking lot in the hours before the game. Stone went on to reach its second state final in three seasons, finishing as the 3A runner-up.

Though it seems like a year ago at this point — does every day feel like a month to anybody else out there right now? — a couple weeks ago St. Charles was working through a 3A South Region that was referred to as the “region of death,” with Potomac making the trip to Charles County for the region final.

And similar to the 2009 Wolverines at Lackey, this year’s team had the Spartans on the ropes in the game’s late stages before the hosts surged to a 75-72 win.

When the lights went dark on the basketball season on March 12, St. Charles was set to play Atholton in the 3A state semifinals. While currently still postponed, it would certainly seem like a long shot that the Spartans ever get to continue on towards their state title dream.

I’ve covered a number of near-misses over 17 years, but one team was able to make good on that state title dream when North Point knocked off Patterson in the 2011 4A final to bring a near four-decade state title drought to an end.

With a team that mixed experience with some talented sophomores, the Eagles built a seven-point lead by half and held off Patterson down the stretch to finally nail down that elusive championship.

Maybe St. Charles would have been able to do the same. I wish we’d still be able to find out. I wish all of the spring athletes would be able to compete this year. I wish I’d have been covering baseball last Friday afternoon — seriously, it was a beautiful day. How often does the spring season start with that?

Hope you’re all finding ways to keep yourself entertained, and hopefully the fields will be active again sometime relatively soon.