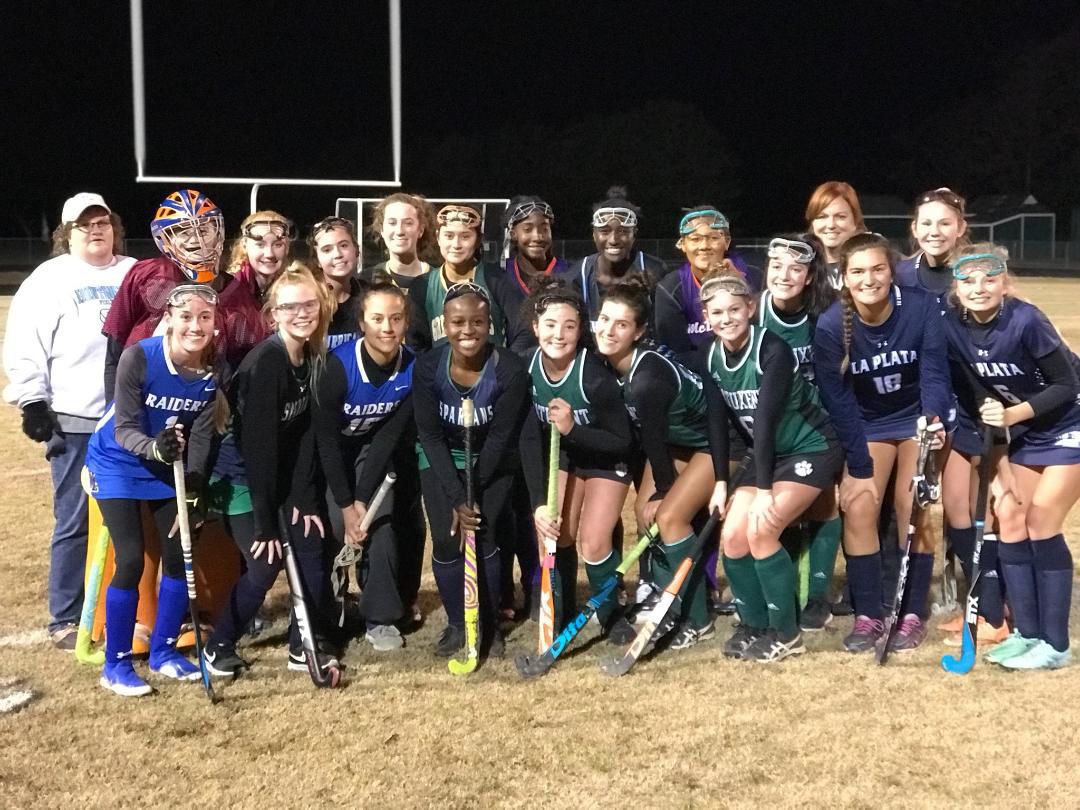 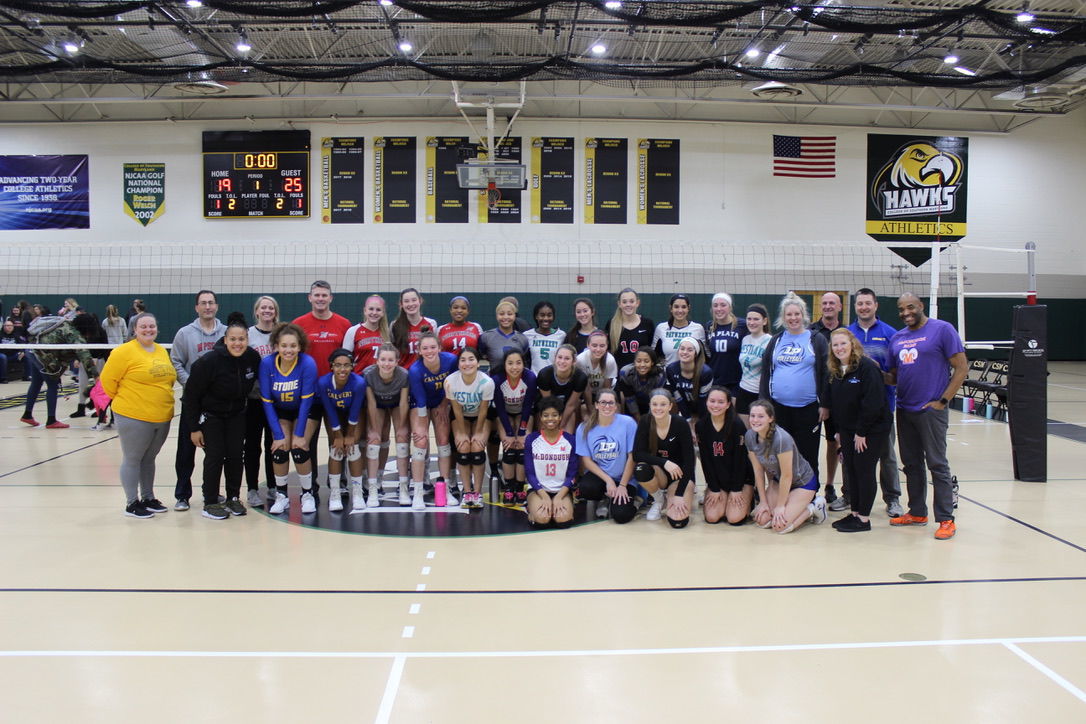 Players and coaches from the Southern Maryland Athletic Conference gather for a team photo after the SMAC Senior Volleyball All-Star game at the College of Southern Maryland, won in three sets by the Chesapeake squad.

Players and coaches from the Southern Maryland Athletic Conference gather for a team photo after the SMAC Senior Volleyball All-Star game at the College of Southern Maryland, won in three sets by the Chesapeake squad.

In the climate-controlled environment inside the College of Southern Maryland gymnasium for the SMAC senior volleyball all-star clash, Northern High School coach Bobby Gibbons, at the helm of the Chesapeake team, and La Plata coach Ashley Buchanan, guiding the Potomac group, overlooked evenly divided squads that were an equal blend of players from both divisions.

Buchanan kept her three seniors, Jayci Chamberlain, Samantha Falenofoa and Sydney Bales, who attended the outing but did not play due to illness, while Gibbons retained Allie Timbario, Shannon Salo and Chantelle McCray and the two coaches divided up the remaining talent pool. This invariably led to three competitive sets, with Chesapeake eventually winning the match, 25-21, 20-25, 25-21.

“In order to make it both fun and competitive, me and Ashley kept our own girls and then basically had a draft,” said Gibbons, whose Patriots team saw its bid for an unblemished 3A state title run end in the championship match. “So, we each got at least one girl from Calvert, Huntingtown, Leonardtown and the other schools that sent girls to play. It was a lot more competitive that way and a lot of fun.”

Chamberlain, whose team also suffered a similar fate at the University of Maryland in the 2A state semifinals, also enjoyed having players from Calvert, Huntingtown and Leonardtown on her team for the all-star game. Chamberlain and Bales will be two key components of the La Plata softball squad next spring as the Warriors seek a third straight 2A state title.

“It was a lot of fun,” said Chemberlain, who recently signed her National Letter of Intent to play softball at North Carolina State University.”I had the chance to play with a lot of the girls that I was used to playing against for four years. It was great to have one more chance to play on the same team with Sam. We had a lot of fun playing together, so it was great being able to play with her one last time.”

On the chilly field at Patuxent High School, Thomas Stone field hockey coach Rebecca Elbert and Huntingtowncoach Shannon Persetic watched their respective seniors face off. Elbert kept her four seniors, Taylor Colbert, Alexa Lawson, Hallie Maloney and Vanice Smith, all of which were instrumental in leading the Cougars to the SMAC Potomac Division title and 2A state quarterfinals.

“It was cold, but it was a lot of fun coaching my girls for the last time,” Elbert said. “The Patuxent coach [Lynn Powell] did a great job dividing up the players. We had a lot of good midfielders and forwards on both teams. It was great interacting with the girls from the other teams. It was a great season for our Thomas Stone field hockey team. The seniors did a lot of great things — it was completely unexpected.”