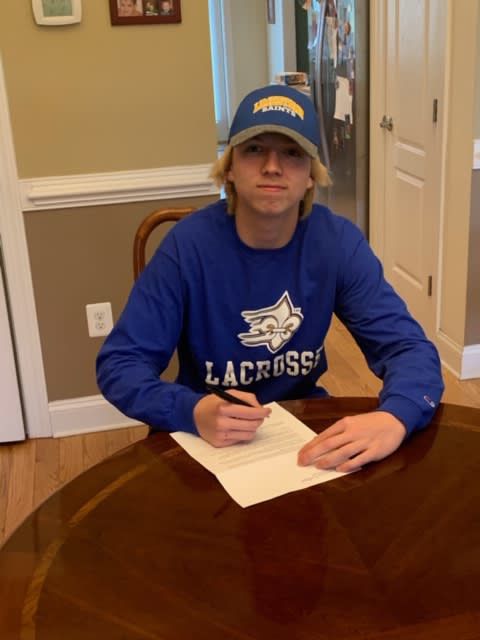 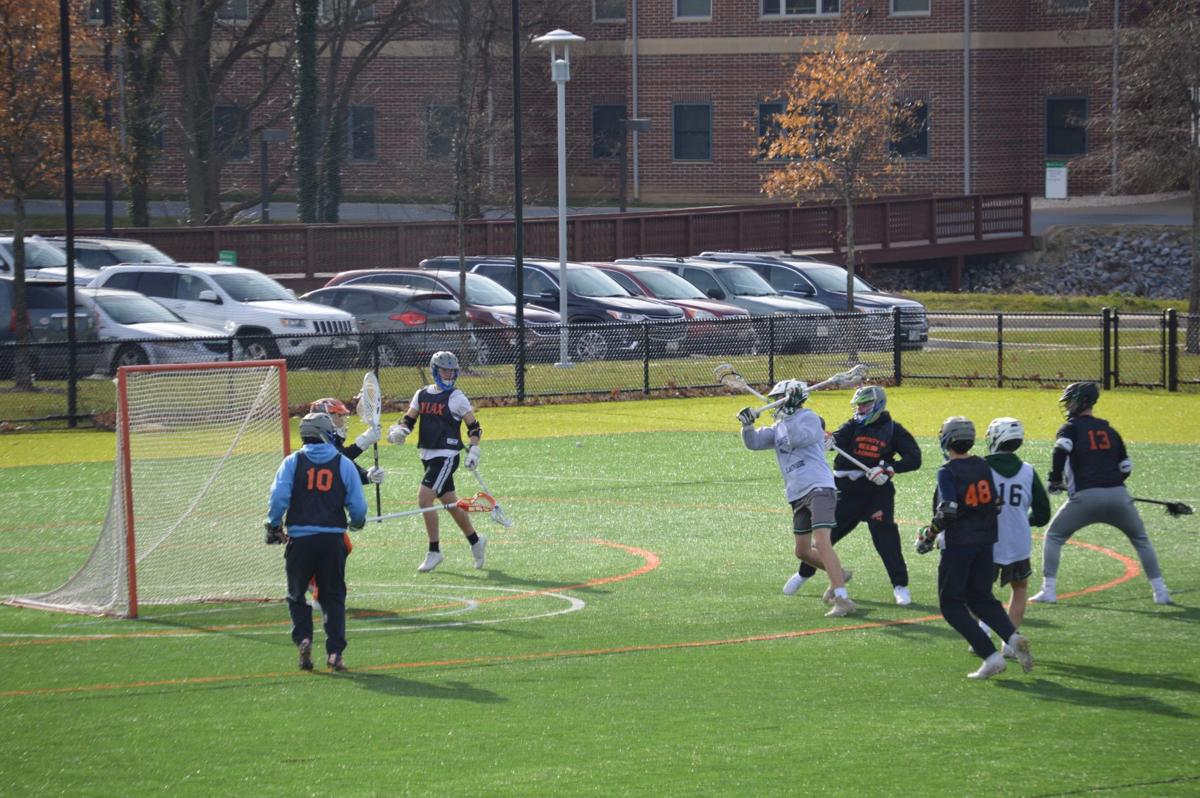 Nate Swann put in the work during his high school lacrosse career and it has resulted in getting an opportunity to open a new chapter in college.

“I chose Limestone because I went to Ryken and I was constantly my whole life just been accustomed to a small campus with not that many people,” he said. “I did about five other college tours and all of them were big schools, over like 8,000 people, and I just wasn’t with that. So I went to Limestone and I looked around and they had a small campus, super nice teachers, amazing athletics program, so it just reminded me a lot like Ryken. So I think that’s why I made my commitment there, honestly.”

Swann said the lacrosse program at Limestone, a top-ranked NCAA Division II school which plays in the Conference Carolinas conference, has the same ideology that he witnessed playing with the Knights under first-year head coach Jon Lombardo.

“You can’t be great overnight. You have to put in the work and once you put in the work, you’ll see the results,” Swann said. “Just like the campus at Limestone, I liked the lacrosse program because they have the same concepts and beliefs that Ryken did. So that’s why I chose it.”

Limestone had a 4-1 record when the remainder of its 2020 campaign was canceled due to the coronavirus pandemic.

“I’m really happy for him. I think it’s a really cool thing for him,” Lombardo said. “Just being my first year, Nate was one of the first guys I got to know on the team, one of the first guys I met and I’m really excited for him. He was adamant that he wanted to pursue playing at the college level and I’m really glad it worked out and I think it’s a great opportunity for him to play at a program like Limestone that has had so much national success at the Division II level and competed for and won so many national championships at that level. So it’s a cool opportuntity for him and it’s a fantastic place to do it.”

St. Mary’s Ryken would have its season impacted as well. The Knights’ final game would be a 7-6 double-overtime win over Park School of Baltimore on March 10, which was Swann’s favorite moment of his high school career.

“We went into double overtime against a pretty solid team, pretty good players, and our team had the winning goal,” Swann said. “Just running out there tackling our amazing goalie who’s committed to Salisbury, Nick Ransom, and just telling him what a great game we all played and how we’re going to cherish these kind of memories forever.”

Lombardo added: “We opened the year with a game at home versus Landon and competed pretty well early on, but they kind of wore us down and gave us a pretty good loss there. Then against Park, we got our first and last win of the year unfortunately, but it was nice to end on that note. A fellow classmate and friend and senior Tyler Dooley, who’s going to go play at Wingate next year, he scored the double-overtime game-winner, so it was kind of a nice thing that maybe was a little bit of poetic justice that we didn’t know was coming.”

It would end up being the last time Swann would put on a Knights uniform.

“Just like every other high school lacrosse player in the nation, we were all wishing for it to go even a little bit longer, but we can’t do anything about it honestly,” he said. “Those times are gone, but I’ll honestly never forget the teammates I’ve had because they were just so supportive and super talented and they’ll be in my heart forever.”

Swann, who played midfield and attack at St. Mary’s Ryken, said he has learned over the years that a player can’t wake up and expect to be great.

“You have to put in those extra reps and the extra time,” he said. “Just like I would always go to Ryken and sometimes we’d have 6 a.m., 7 a.m. practices and I would be there 30 minutes before hitting extra reps on the wall. Talent gets you half the way there, but it’s hard work and dedication that gets you the rest of the way there.”

While Lombardo didn’t get to see much of Swann’s potential on the field due to the season ending abruptly, the first-year head coach saw him progress in other ways.

“He made a lot of progress as an athlete, as a person, academically,” Lombardo said. “I didn’t get to blow the whistle and see him shoot and score a bunch of goals as much as I would’ve liked to, but I did get to see him progress as a student-athlete and as a person and that’ll mean more to me and that will always be my lasting impression of Nate. He just committed to everything we were trying to become and be about.”

Swann started playing lacrosse in his elementary school days and it continued with a varsity career with the Knights and now moves on to a new chapter at Limestone.

“When I first got that text from the recruiting coach at Limestone, coach [Jeremy] Phelps, my heart just went out of my chest,” he said, “because you never think that it could happen to you when you’re playing at the local park in third grade.”