Tony Thomas emerged as the most famous player on the Southern Maryland Blue Crabs last summer when he became the first player in baseball history to “steal” first base in a July 13, 2019 contest, has re-signed with the ballclub for the 2020 campaign. 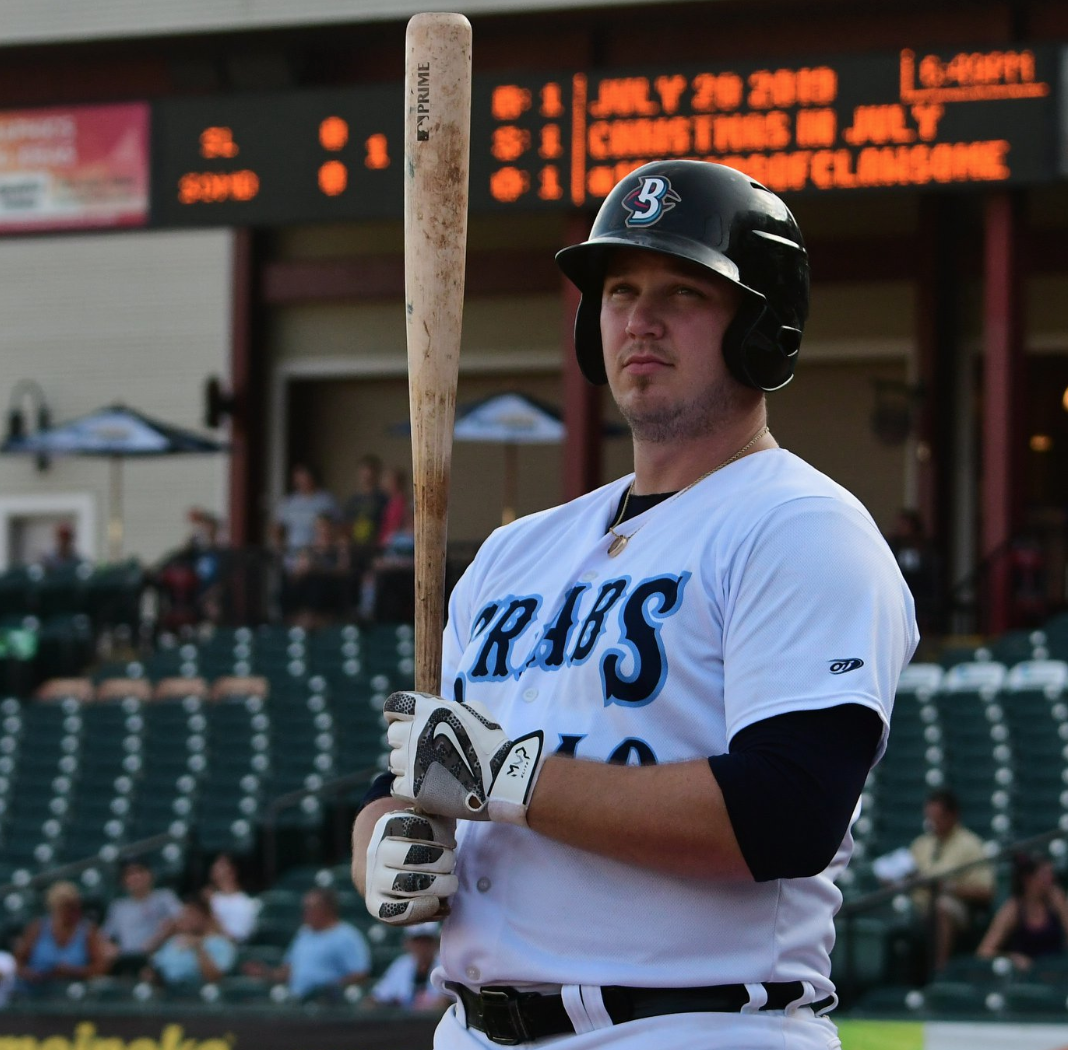 Dean Green, who batted .304 (41 for 135) with eight doubles and four home runs, drove in 27 runs and scored 16 more for the Southern Maryland Blue Crabs a season ago, re-signed with the ballclub for the 2020 season.

Tony Thomas emerged as the most famous player on the Southern Maryland Blue Crabs last summer when he became the first player in baseball history to “steal” first base in a July 13, 2019 contest, has re-signed with the ballclub for the 2020 campaign.

Dean Green, who batted .304 (41 for 135) with eight doubles and four home runs, drove in 27 runs and scored 16 more for the Southern Maryland Blue Crabs a season ago, re-signed with the ballclub for the 2020 season.

Perhaps coming as no surprise to ardent baseball fans across the region, the start of the upcoming Atlantic League of Professional Baseball season has been delayed from its initial scheduled opening day of April 30, so the Southern Maryland Blue Crabs will not take the field until a date is announced.

The league made the announcement in a news release on March 16.

Amid the postponements and cancellations caused by the coronavirus outbreak around the sports world, the start of the Major League Baseball season has been pushed back to a tentative date of May 9. No date has been set for the start of the Atlantic League schedule as organizers and teams have been airing on the side of caution during the COVID-19 pandemic.

“As the coronavirus pandemic evolves, the ALPB remains focused on the health and well-being of our neighbors, fans, players, umpires and employees,” Atlantic League President Rick White said in the Monday news release. “When these challenging circumstances pass, we look forward to welcoming fans to our ballparks, putting smiles on their faces and creating lifelong memories.”

Blue Crabs general manager Courtney Knichel also offered her thoughts on the fluid situation affecting sports and society as a whole. The Blue Crabs have been busy during the offseason solidifying the roster for the 2020 campaign and the team is also slated to host the Atlantic League All-Star Game in July.

“It is with extreme caution that the Atlantic League delayed the season,” Knichel said. “Our fans’ safety is of the utmost importance, and under these circumstances baseball takes a backseat to the safety of our fans.”

Blue Crabs manager Stan Cliburn has been busy filling the roster for the upcoming 2020 season.

Heading into his second season of his second stint with the Blue Crabs, Cliburn knows much of the slate is still in limbo.

“We’re all in a holding pattern right now,” Cliburn said. “We were hoping to have a camp down in Florida on the 28th, but that got canceled. We really don’t know when we’re going to be able to start the season. Right now, maybe some time in May at the earliest. But we have 26 guys signed and I should have 30 in camp when we get back on the field.”

Thomas emerged as the most famous player on the squad last summer when he became the first player in baseball history to “steal” first base in a July 13, 2019 contest. Thomas, who batted .268 (125 for 466) with 27 doubles, 17 home runs and four triples with 68 RBIs and 66 runs scored, later sent his New Balance shoes to the Baseball Hall of Fame in Cooperstown, New York. Green batted .304 (41 for 135) with eight doubles and four home runs, drove in 27 runs and scored 16 more.

“I’m excited for the opportunity to return to the Blue Crabs for the 2020 season. I’m looking forward to working with our first class staff again and bringing passionate, championship quality baseball back to the Blue Crabs fans,” Green said in a March 5 news release.

On a Nationals staff that featured Stephen Strasburg, Max Scherzer, Patrick Corbin and Adam Doolittle, Blazek got lost in the shuffle. Blazek, who owns an 8-6 career record with a 4.50 ERA, was 0-0 last season with the Nats and had a 7.20 ERA, while yielding five walks without recording a strikeout.

“Having Tony Thomas and Dean Green back in the lineup is going to help us score more runs,” Cliburn said. “We were among the last teams in the league in almost every offensive category. Dean got hurt late in the season, but when he’s healthy he’s very productive. Blazek was part of that Nationals run to the World Series title and he’s going to really help our pitching.”

Nieto, a 30-year-old Cuba native, made his MLB debut in 2014 with the Chicago White Sox and was also the starting catcher for Spain in the 2013 World Baseball Classic.

“I feel blessed and am looking forward to the opportunity of joining the Blue Crabs family. I’m also excited to play with a great group of guys and hopefully we make it a championship season,” Nieto said in a March 12 Blue Crabs news release.