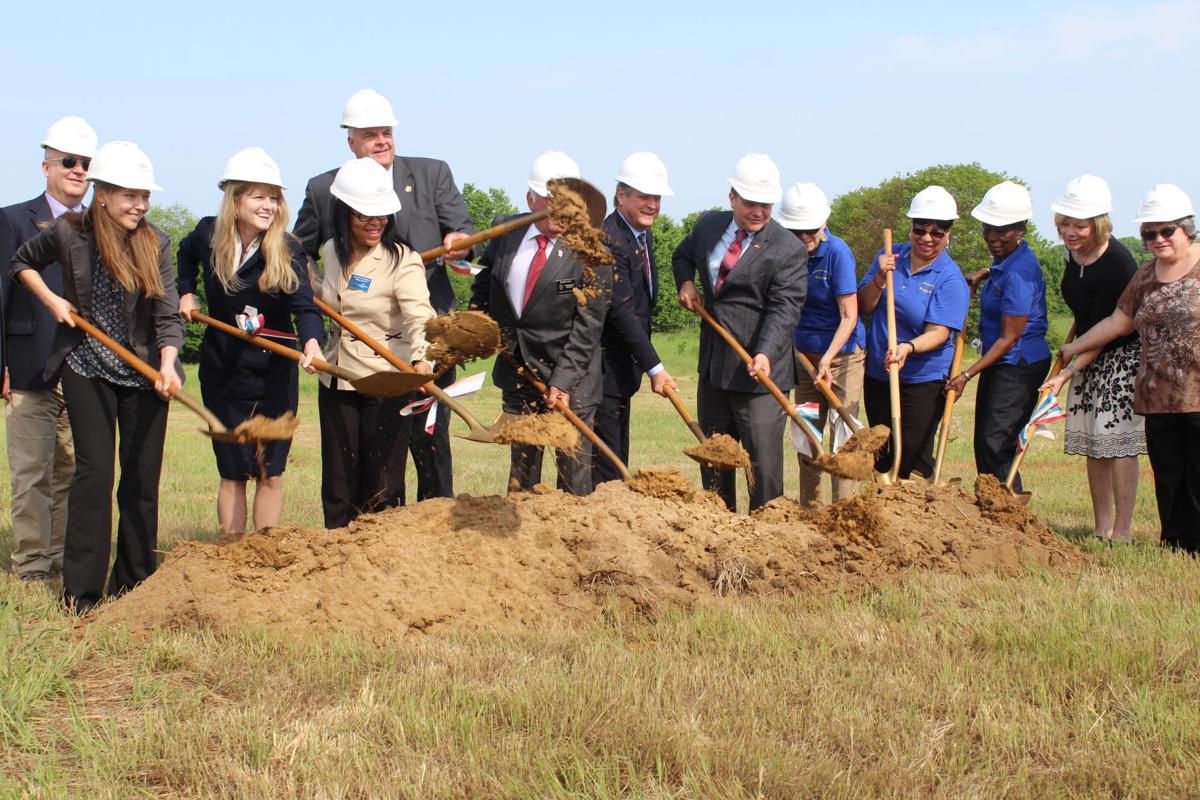 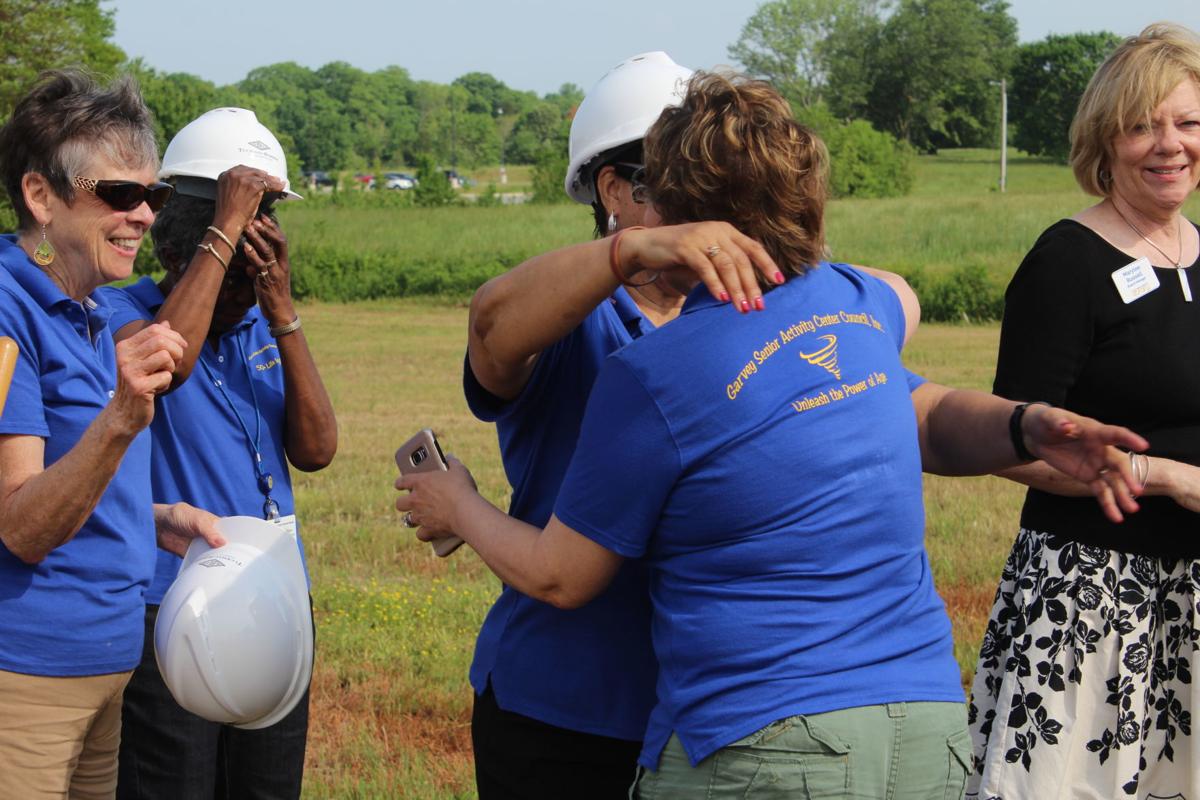 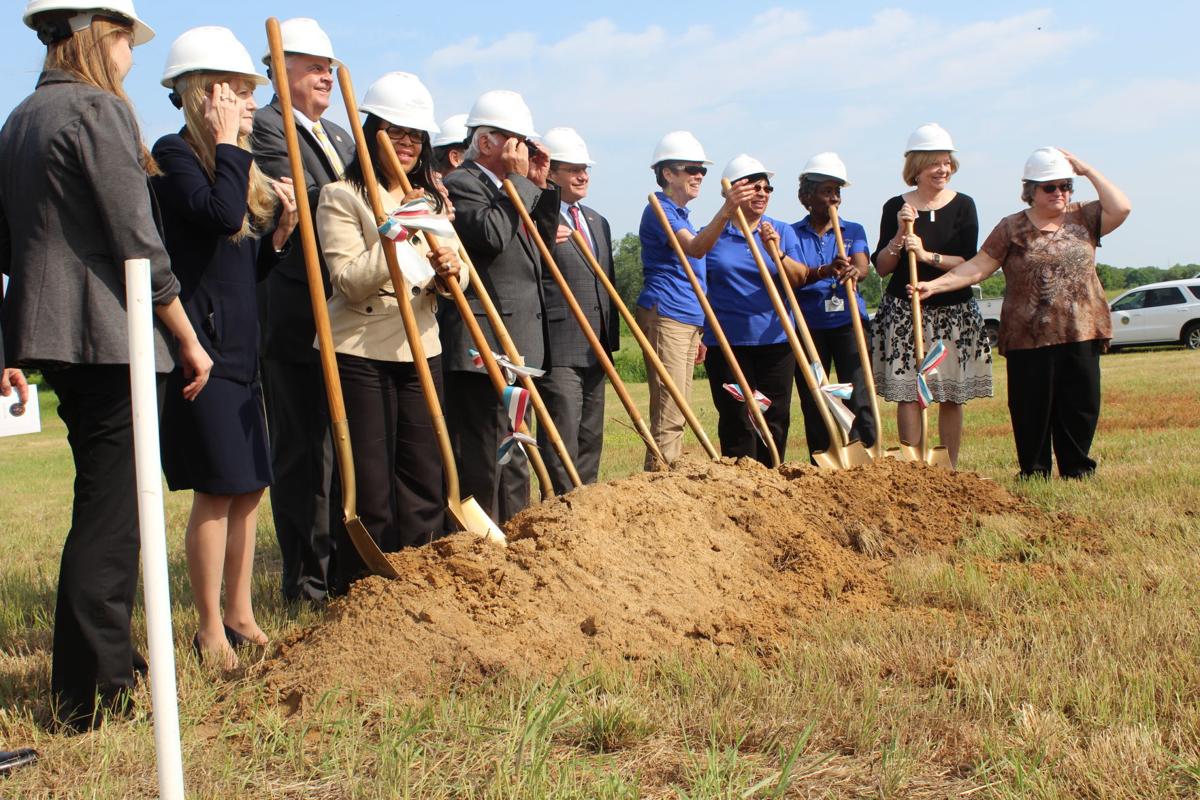 After about 12 years of planning and advocacy and roughly a year of design development, the shovels hit the dirt Tuesday morning to kick off the new Garvey Senior Activity Center and replacement for the Leonardtown library.

The new center and library will be around 45,500 square feet instead of the planned 48,000 square feet, saving a projected $600,000 on construction costs. In March, the St. Mary’s County commissioners awarded a $16.9 million contract to Tuckman-Barbee Construction of Upper Marlboro over one other bidder, lower than the initial projected budget of $21.5 million. The contractor has 540 days to complete construction.

Commission President Randy Guy (R) began the ceremony by providing personal testimony as a frequent user of the current Garvey center. “I work out at the senior center myself twice a week,” he said. “I see how small it is. Twelve of us in one room and we’re maxed out. This is a truly great example of what happens when citizens not only get involved, but become advocates for a cause.”

Spearheading this advocacy was Dale Taylor, president of the Garvey Senior Activity Center Council, who tirelessly pushed a campaign to expedite the planning timeline to begin construction in fiscal 2016, gathering more than 3,200 signatures to present to the commissioners.

“We have been praying for this day for many years,” Taylor said. “We have moved a mountain today.”

In the senior center, patrons can enjoy art rooms, quiet rooms and lounge rooms as well as upgraded strength training rooms and aerobics rooms. The center will also include four pickleball courts and an enlarged dining area capable of seating 100 people.

Juanita Nether, St. Mary’s County Commission on Aging chairperson, expressed her “excitement and gratitude” to the commissioners for “sticking their necks out” for the center throughout the years.

“I would have gone to the president if I had to,” Guy said.

Leonardtown library branch manager Marylee Russell emotionally thanked the architectural firm Grimm and Parker for designing a “beautiful” building that is “adaptable for the future.

“We lost power [at the Leonardtown library up the street] walking out of the door this morning,” Russell said, adding that the new “facility is a culmination of years of thoughtful advocacy and support.”

The library project is funded at $12.8 million, and the Garvey center for $6.5 million. The St. Mary’s County Library was awarded almost $1.6 million from the Maryland County Library Grant Program in addition to county allocated funds for the new library.

The new library will include seating areas for reading, a computer training room and quiet rooms. Youth and teen facilities will be separated, at the request of library patrons.

“This truly will be a multi-generation facility,” Russell said.

The county library plans to relocate 22 current staff members at the Leonardtown library to the new facility. Seven of the Garvey center’s existing 19 employees will also be transferred.