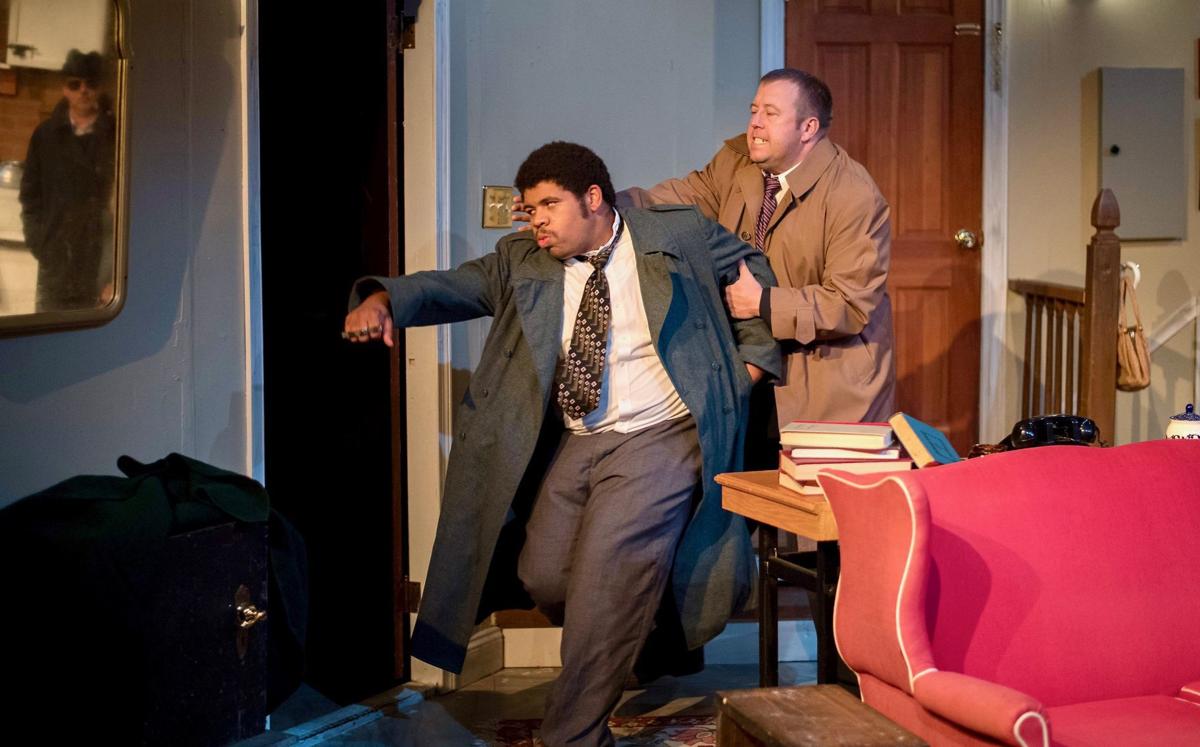 Above, Sgt. Carlino, played by Kenneth Faison, left, and Mike Talman (Michael Sokoloff) realize that Susy has been leading them astray and Carlino is prepared to make her pay. Below, Carlino takes advantage of Susy’s (Stephanie Taubert’s) blindness, disconnecting a call to the police. 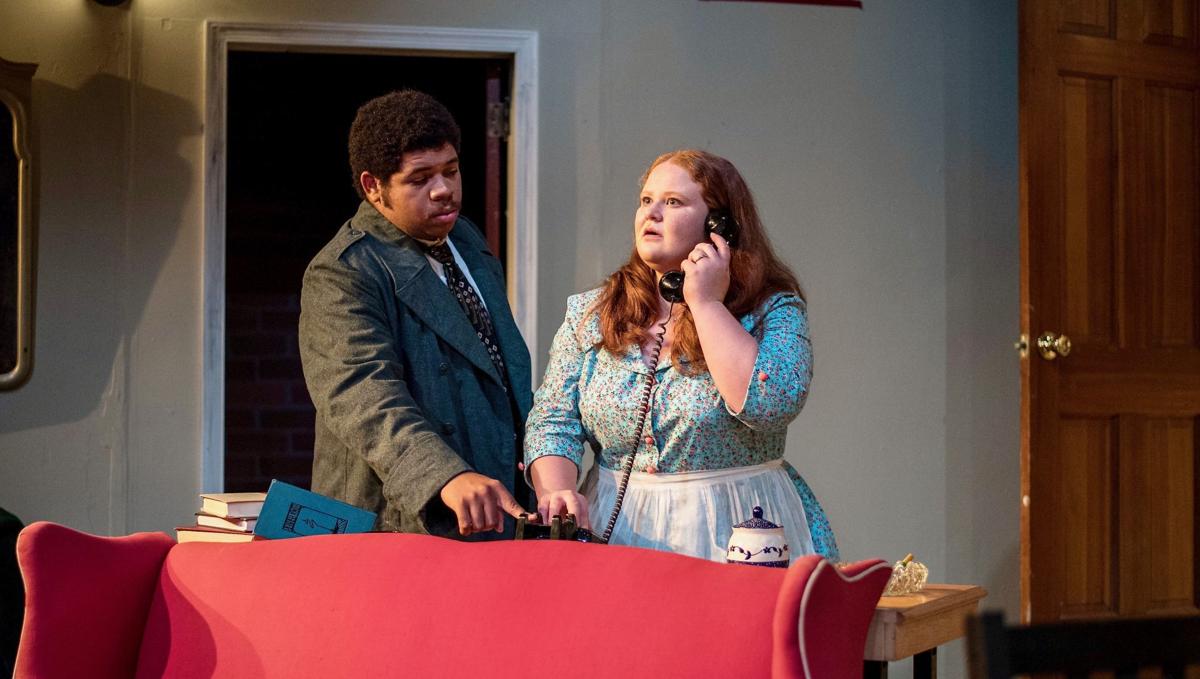 Above, Sgt. Carlino, played by Kenneth Faison, left, and Mike Talman (Michael Sokoloff) realize that Susy has been leading them astray and Carlino is prepared to make her pay. Below, Carlino takes advantage of Susy’s (Stephanie Taubert’s) blindness, disconnecting a call to the police.

“She’ll be all right; she can manage herself.”

That’s been Susy Hendrix’s goal all along in the play “Wait Until Dark” presented this month by The Newtowne Players at Three Notch Theatre in Lexington Park.

A housewife living in Greenwich Village, Susy, played by Stephanie Taubert, recently went blind after an accident and stubbornly tries to prove to her husband, Sam (Thomas Esposito), and her young upstairs neighbor, Gloria (Madysen Maulden, Eva Reynolds), that she can manage herself just fine, thank you.

And she does. Taubert winds herself expertly around the stage, feigning darkness of sight while bending low to pick up objects dropped on the floor, cleaning the kitchen and trying to maintain a semblance of order.

But it’s more than just navigating an apartment that shows Susy is no wilting flower. She becomes the unwitting target of three con men — played by Kenneth Faison, James LePore and Michael Sokoloff — who are searching for something valuable hidden in a doll Sam brings home from a business trip. What ensues is a cat-and-mouse game when Susy refuses to reveal the doll’s location, much to the surprise of the con men.

We first meet Sgt. Carlino and Mike Talman, played by Faison and Sokoloff, as they enter the apartment under false pretenses, scrambling to discover why they’ve been thrust together again and, comically, creating a mess in Susy’s neatly ordered domicile (Faison nonchalantly munches on cold cuts that aren’t his, for example).

The most sinister figure of the three — Harry Roat, played menacingly by LePore — clears up the confusion and the purpose of Carlino and Talman’s meeting and sets the stage for the inevitable con. Dressed all in black, with his face twisted almost perpetually into a scowl, LePore is the figure you don’t want to run into after dark.

And dark it is, as the stage is, sometimes, purposely plunged into blackness. This gives the audience the chilling effect of what it must feel like to navigate a home among three criminals while unable to see where they are.

Taubert plays well off Sokoloff, forging an unexpected relationship that has viewers rooting for her as she methodically, patiently, begins to put together the puzzle pieces. And Sokoloff is convincing as the con man who rides a fine line between cheeriness and anger to get what he wants.

Perfect for the Halloween season, this thriller moves from one moment of suspense to the next: Where is the doll? Why do the three men want it so badly? And what will happen to Suzy if — and when — they get it? Don’t wait until dark to find out.