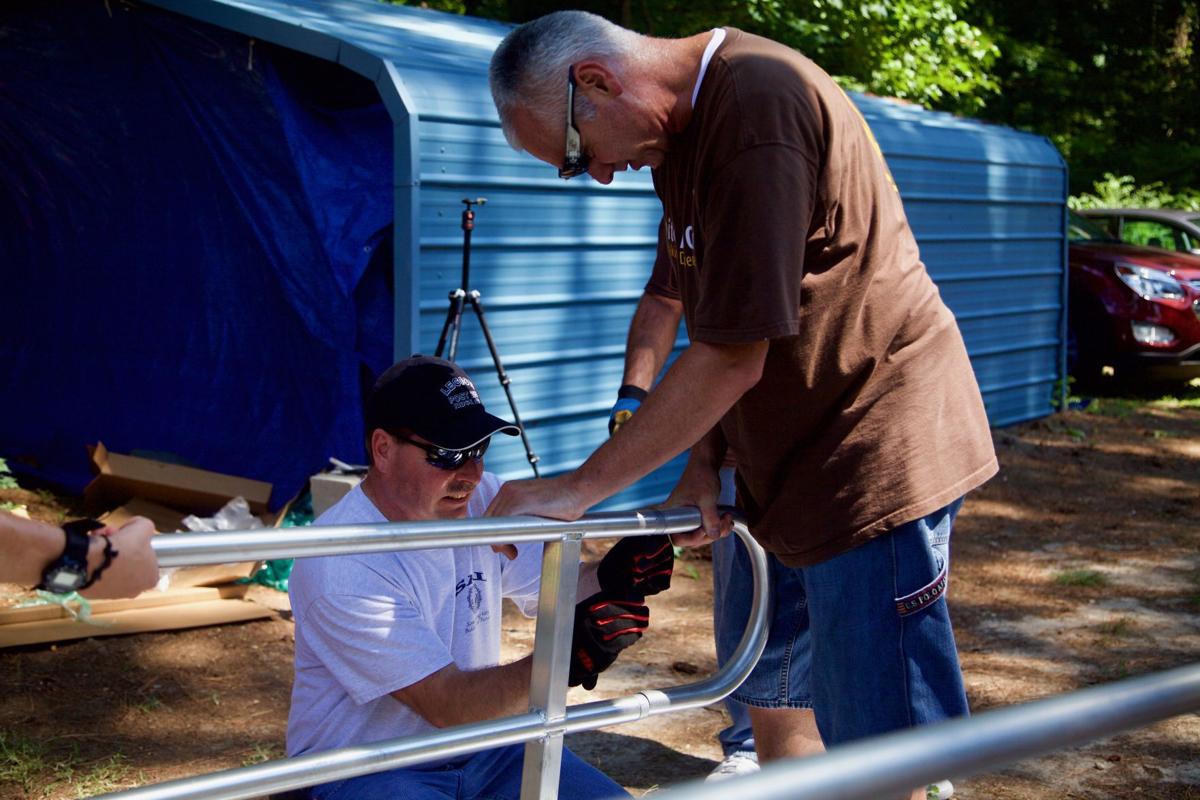 Skip Disharoon, left, and Mark Brien work Friday morning to install a ramp for veteran William Morris. Disharoon is the post commander of American Legion Post 255 in Ridge, and Brien is a volunteer with UPS. 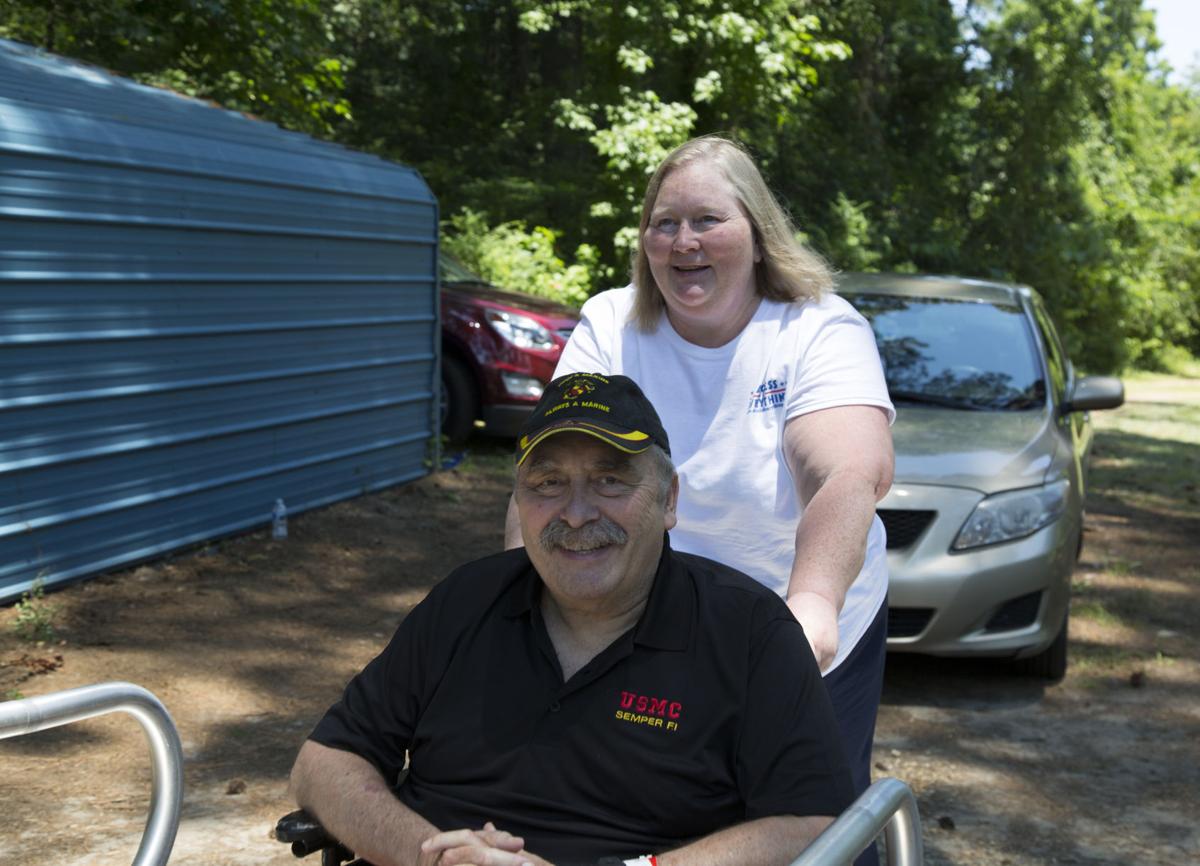 Carol Morris pushes her husband, William Morris, in a wheelchair up a new ramp at their home in Ridge for the first time Friday.

Skip Disharoon, left, and Mark Brien work Friday morning to install a ramp for veteran William Morris. Disharoon is the post commander of American Legion Post 255 in Ridge, and Brien is a volunteer with UPS.

Carol Morris pushes her husband, William Morris, in a wheelchair up a new ramp at their home in Ridge for the first time Friday.

William Morris was surprised to see the 29-foot-long aluminum ramp leading to his house when he went home Friday.

His family had kept the ramp installation a secret to surprise him.

“I really didn’t have a clue,” Morris said.

Knowing his wife, Carol, had been working to get him a ramp at their home in Ridge for months, he thought it was going to be a wooden one, and he had no idea that it was coming this soon.

To William Morris, the ramp represents freedom — mobility to get in and out of his own home.

As a Marine veteran, Morris retired as a lieutenant colonel in 2004 after five years of active duty and 23 years in the reserves. About a year ago, William Morris suffered a stroke that left the right side of his body weak. About three weeks ago, he had knee replacement surgery and still has great difficulty walking.

He uses a wheelchair most of the time, and the four steps in front of his house pose a challenge, day in and day out.

To get into his own house, he had to swing his legs up the steps while using one hand as support. He used the other hand to grab onto the rail to pull himself up and stay stabilized. His wife would stand behind him to make sure he didn’t fall.

“It was not pretty,” Carol Morris said.

About six weeks ago, William Morris and his son, James, went to the Veterans Stand Down event hosted at the Southern Maryland Higher Education Center in California, looking for resources on ramp installations. That’s when they heard about Access Is Everything, a nonprofit agency that works with a Cincinnati-based initiative called Operation Ramp It Up for Veterans.

Launched in 2014, the project works to install ramps for veterans or family members of a deceased veteran who need a ramp to access their homes. Primarily funded by the UPS Foundation, the initiative works with nonprofit agencies and private companies like EZ-ACCESS, which has donated a few ramps for the project.

Each ramp costs about $5,000, the initiative’s founder Greg Schneider said, noting Morris’ ramp is the 33rd the project has completed nationwide and the second one in Maryland.

Schneider has worked as a delivery driver for UPS for decades and got the idea for the initiative after volunteering for a ramp project in Cincinnati.

The project is one way for him to give back, Schneider said. Seeing first-hand how installing a ramp increases mobility of veterans is exciting for him and it keeps him motivated to continue the project as long as funding allows, he said.

On Friday morning, four UPS workers and eight volunteers from the American Legion Post 255 in Ridge worked together to install the ramp.

“The ramp is terrific,” William Morris said. “It makes a real difference.”

Noting the sturdiness of the ramp, he said he was “impressed.”

Carol Morris said the ramp can go with them if the couple moves and could be reused for other veterans. For more information on the process of installing a ramp, contact her at clmorris@smcm.edu.