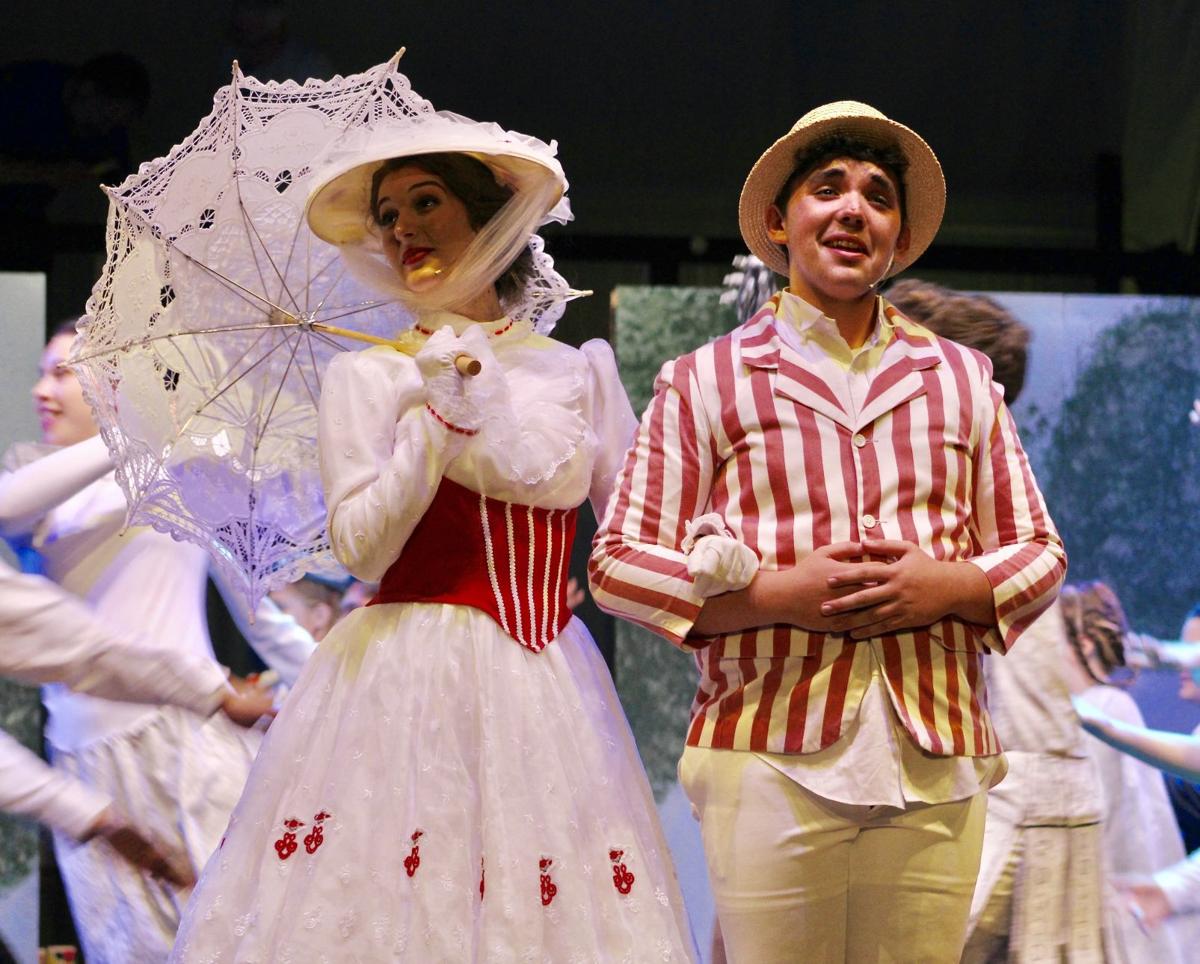 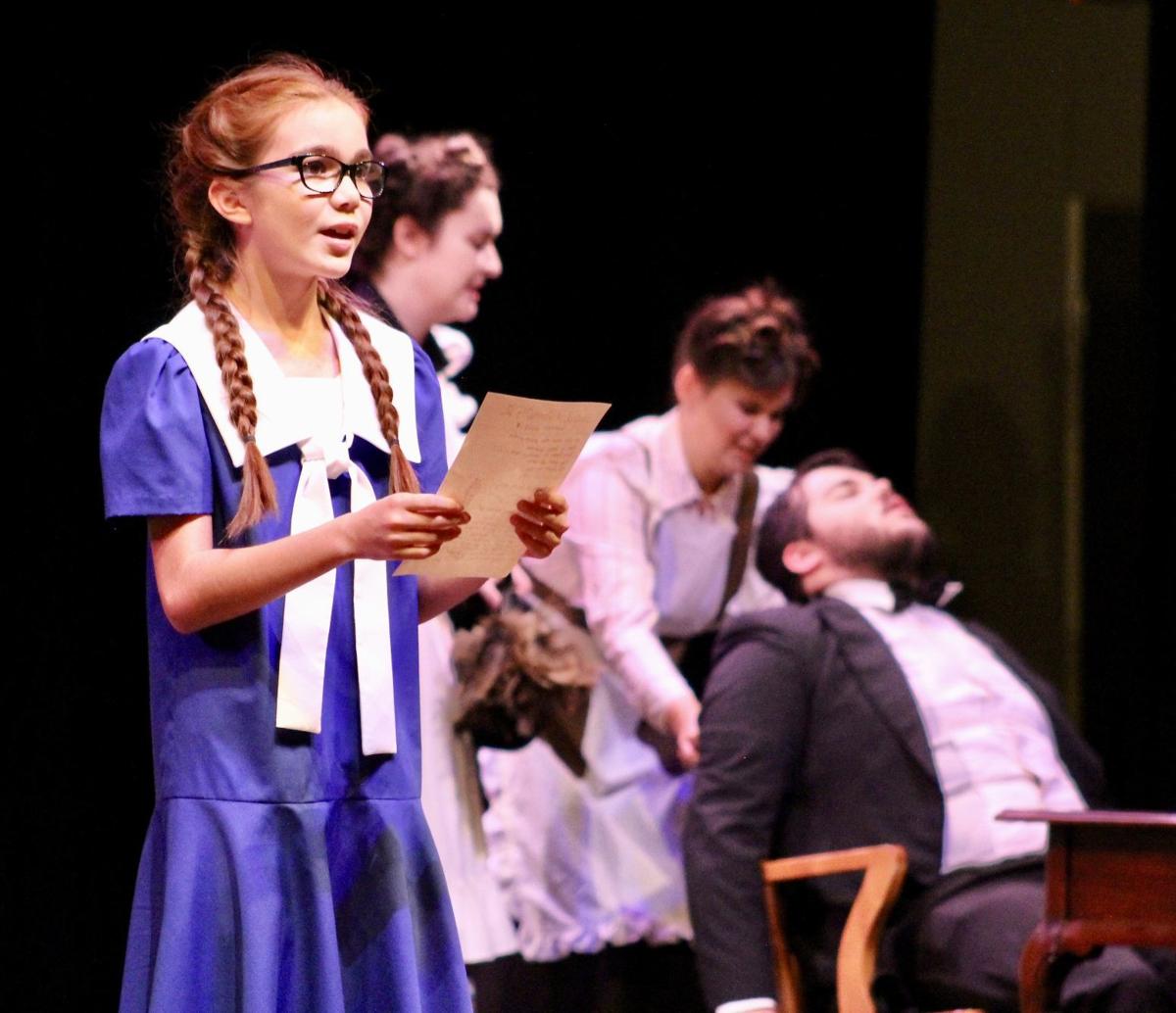 Lily Belle McDowell, performing as Jane Banks, sings Monday during a dress rehearsal while performers Allison Guy, Amanda Hampton and Mathew Price act in the background of the Summerstock performance of “Mary Poppins.” 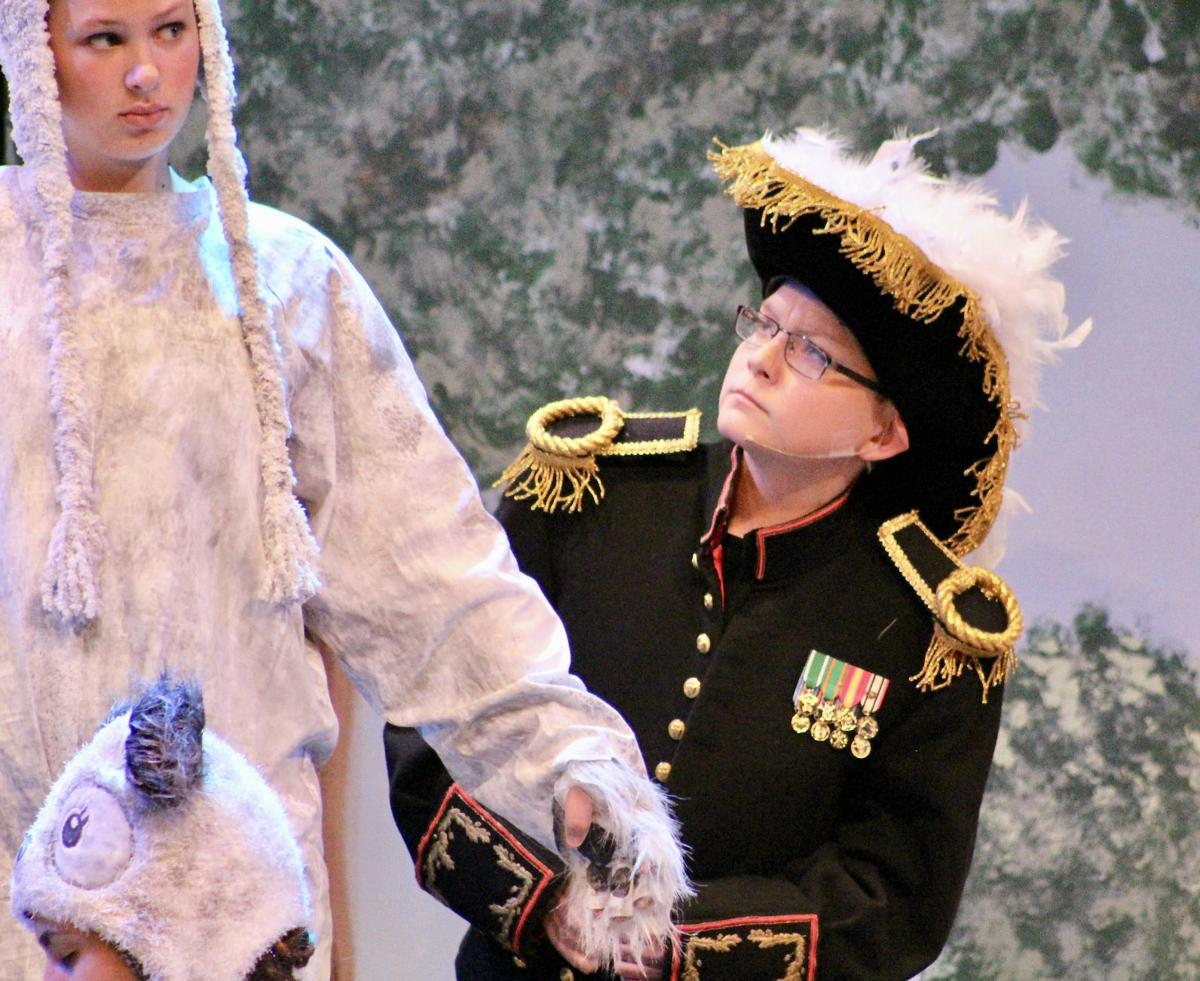 Lily Belle McDowell, performing as Jane Banks, sings Monday during a dress rehearsal while performers Allison Guy, Amanda Hampton and Mathew Price act in the background of the Summerstock performance of “Mary Poppins.”

Summerstock performers and St. Mary’s recreation and parks staff with this year’s production of “Mary Poppins” promise the show will be family friendly, and potentially inspire children with stars in their eyes to pursue their own passion in theater arts.

This year’s production is Disney and Cameron Mackintosh’s “Mary Poppins,” based on the book by Julian Fellowes and musical from the stories of P.I. Travers and the Walt Disney film. Original music and lyrics are by Richard M. Sherman and Robert B. Sherman.

Gary Reed, with St. Mary’s recreation and parks, said the show also encourages younger children to stay in the performing arts. The children involved in this year’s production offers “a positive experience” on stage and “keeps the flow” going of children interested in being on stage.

Wade Thompson, this year’s director, said he usually doesn’t know who is going to be the lead actors until auditions.

Reed said “a lot of times … it’s usually somebody new.”

Laura Ponturiero, portraying Mary Poppins, said this is her second Summerstock experience, but first in a lead role. She said it’s been “fun this summer” working with cast and crew to make the performance possible.

Matthew Howe, portraying Burt, said he enjoyed the challenge of a “tight time frame to put on” the show. He said the cast and crew became like a family during rehearsals. Howe recently performed in New York City with St. Mary’s children and others from Washington, D.C., Virginia and Texas in an off-Broadway production called “Relativity.”

He said he prepared for the Summerstock role by “binge-watching the Dick Van Dyke Show” to emulate Van Dyke’s performance for this production. He said he learned more about the character Burt than what is usually revealed in the movie or the music.

Ponturiero, who graduated in May from Leonardtown High School, said she “read the Mary Poppins” novels and got a better feel for the character. She also watched the movie rendition.

“Julie Andrews has the perfect British” accent and character, she said, adding that she also watched YouYube videos to work on her own accent.

Ponturiero said she will be attending University of Maryland, College Park, in the fall to study history and secondary education. She said she’s not made up her mind about possibly returning to teach at St. Mary’s public schools.

Howe, a rising senior at Leonardtown High, said he thought the cast and crew’s artistic ability was a way of giving back to the community. He said going to a Summerstock show is a way for community members to “lose themselves in the magic of the performance.”

Howe said the young actors “were very inquisitive about the rehearsal process” and welcomes questions the children might have had.

Thompson said there were almost 100 people involved in the performance, either on stage or behind the scenes creating props and costumes.

Erika Nevis, a rising 10th-grader at Great Mills High School, said this was her first year helping behind the scenes for the production. She said she was excited about the opportunity to build sets and “get more tech experience.”

She said “it’s kind of awesome” to be able to work with the Summerstock cast and crew.

Thompson said two sets of children were cast for the roles of Jane and Michael Banks, the youngsters under Mary Poppins’ purview, as he was concerned about their stamina to perform. Each child will have the chance to perform at both matinee and evening shows, he said.

Children from ages 8 to 21 are performing in this year’s production, Thompson said.

Of the various Summerstock shows since the 1970s, “Mary Poppins” has “never been done in St. Mary’s County,” Reed said.

Thompson said the challenge of putting Summerstock together is to find a show that appeals to the community and can help with the cost of putting on the production. He said “big-name shows,” including Disney productions, help achieve that.

The director said he likes to offer every other year something that is family friendly. While last year’s production of “Oklahoma!” had more adult themes, the 2016 production of “The Little Mermaid” was more appealing to families.

Thompson said many of the Summerstock actors continue their performing careers outside of the county, with some going to The Juilliard School in New York City or working in Hollywood on the West Coast.

Tickets are available online at www.stmarysmd.com/recreate/summerstock or may be purchased at the county’s recreation and parks main office in Leonardtown.

The auditorium will open 30 minutes prior to the start of each show for general seating. Only cash will be accepted for ticket sales at the door.