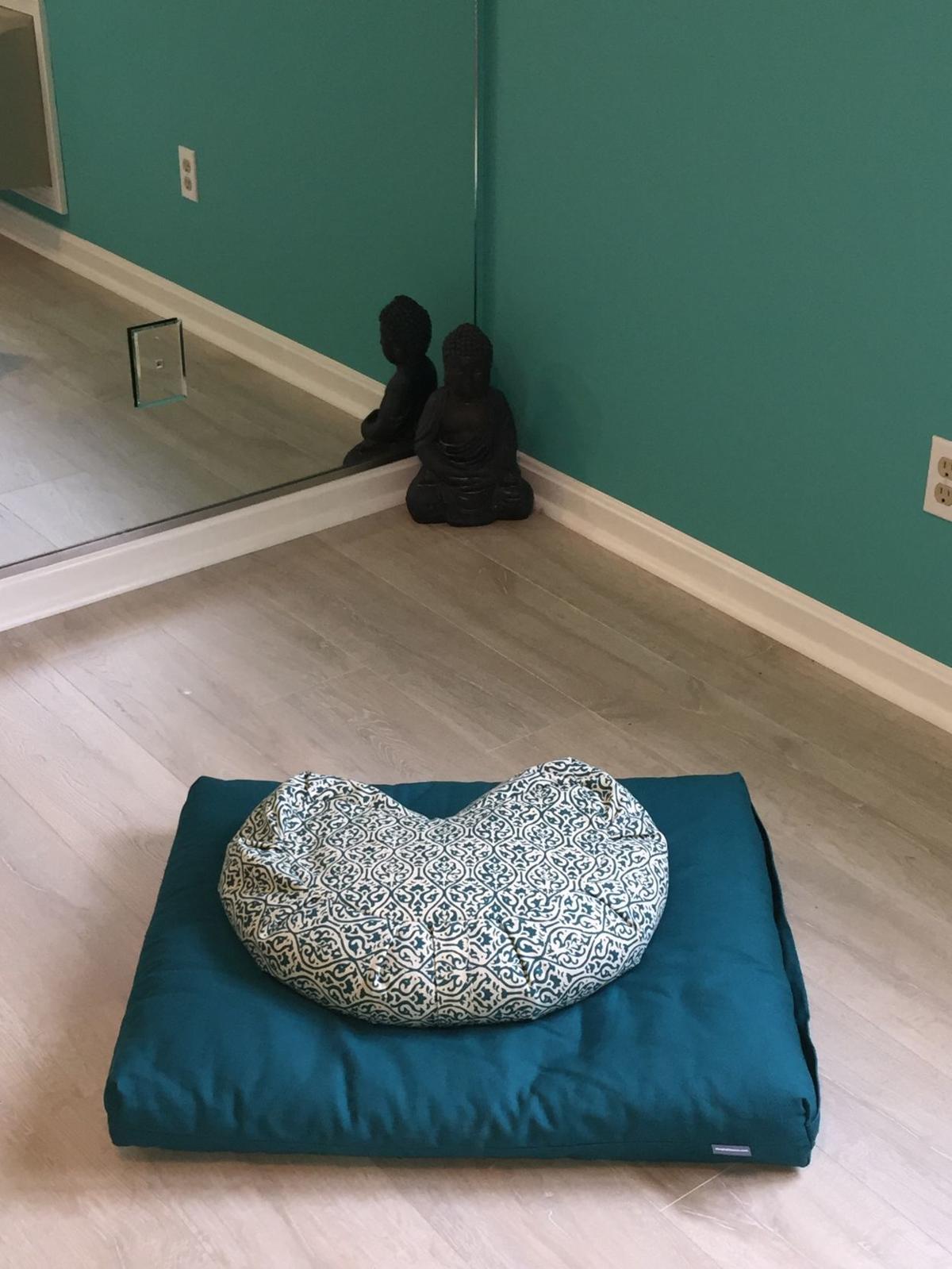 Meditation, the practice of having moment-to-moment awareness, can be done on a cushion or a chair. Coaches advise paying attention to the breath and accepting the thoughts that come. 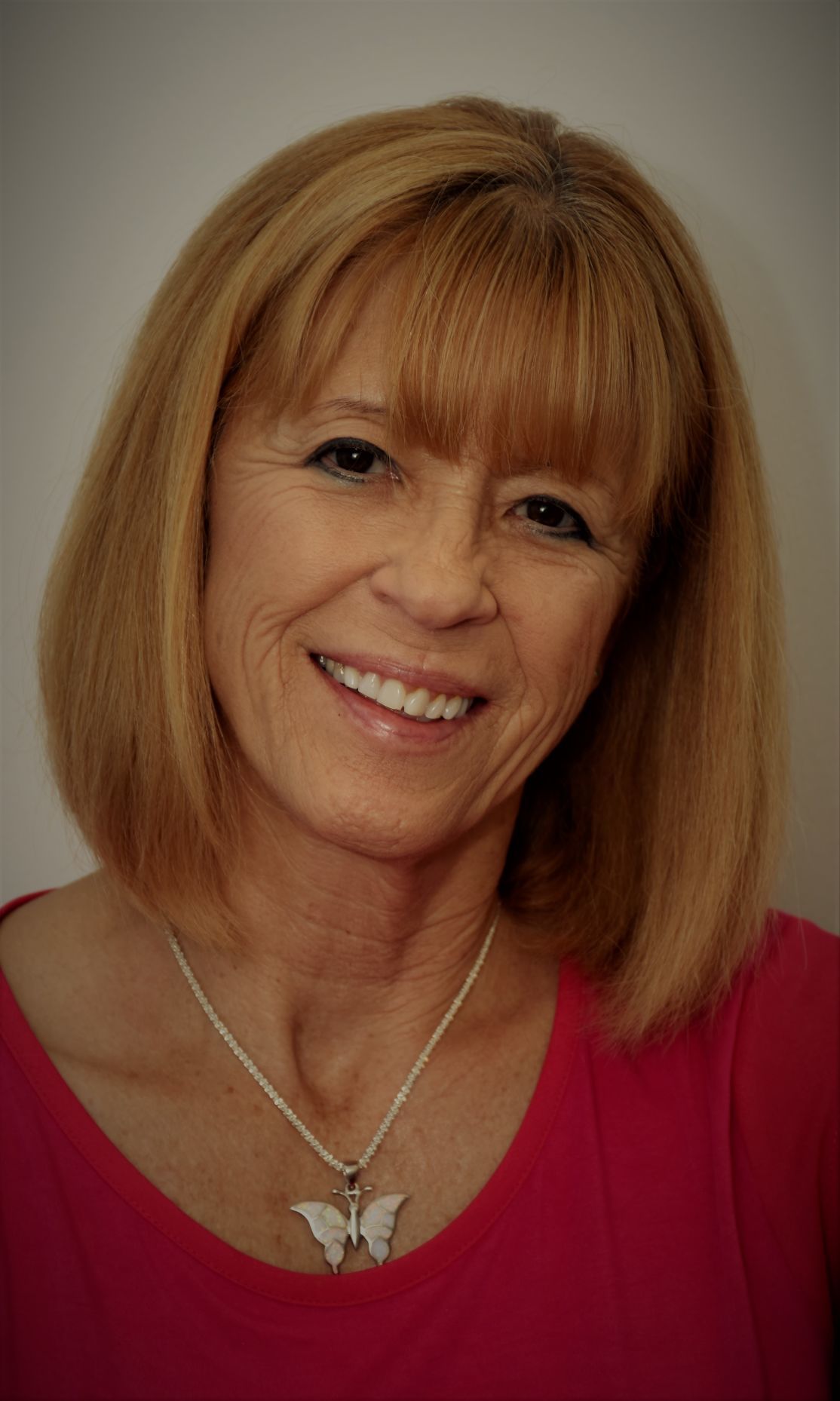 Debbie Gill is the owner of Go Within Spiritual Coaching and author of “Struck By Lightning: My Journey from the Shadow to the Light.” 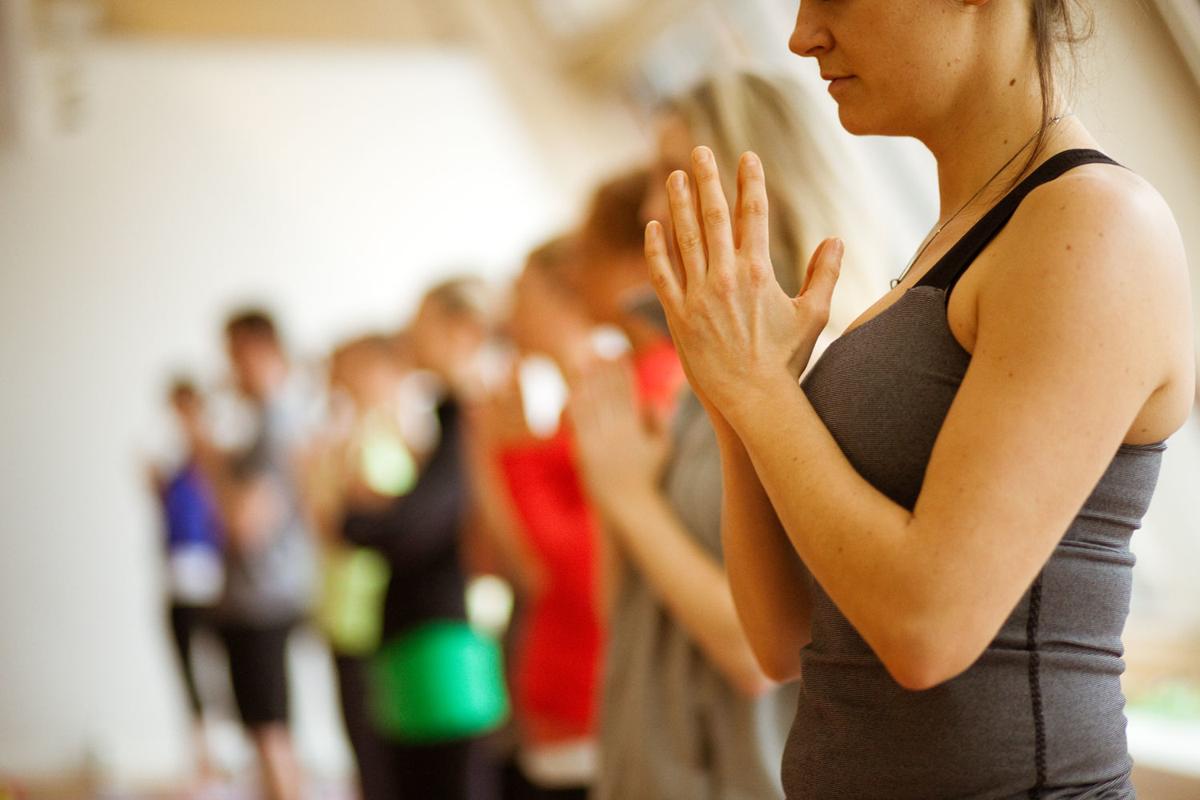 Studies have shown that simple meditation can help decrease stress and increase awareness of health.

Meditation, the practice of having moment-to-moment awareness, can be done on a cushion or a chair. Coaches advise paying attention to the breath and accepting the thoughts that come.

Debbie Gill is the owner of Go Within Spiritual Coaching and author of “Struck By Lightning: My Journey from the Shadow to the Light.”

Studies have shown that simple meditation can help decrease stress and increase awareness of health.

ELKTON — With scientists touting the health benefits of mindful meditation these days, local author and spiritual coach Debbie Gill says that the true benefit is finding harmony between the mind and the body.

Mindful meditation is a practice aimed at developing a moment-to-moment awareness of the present situation. The core principle is acceptance, of the body, mind and the environment.

“The benefit of meditation is that you’re comfortable being in the here and now,” said Gill, owner of Go Within Spiritual Coaching. “When you think about the past or create fantasies about the future, it’s like you’re in the stadium seats watching a football game. Why not come down and play on the field?”

In recent years, there have been numerous studies celebrating the physical health benefits of meditation, be it relief from chronic illness to increased immune functions. But combined with a small sample size and media reports overstating the findings, it can be difficult to separate fact from fiction.

Early research does, however, show that meditation shows promise as a tool in reducing stress and anxiety, along with other self-care practices like exercise and healthy eating habits.

“A lot of people have this idea that meditation means sitting down and doing nothing,” wrote Dr. Madhav Goyal, assistant professor at the Johns Hopkins University School of Medicine. “But that’s not true. Meditation is an active training of the mind to increase awareness, and different meditation programs approach this in different ways.”

Goyal led a 2014 study on meditation programs with more than 3,500 participants, which “showed promise” in alleviating some pain symptoms and stress. But the study also found small to moderate reductions in anxiety, depression and pain in an eight-week meditation program.

“These small effects are comparable with what would be expected from the use of an antidepressant,” he wrote in 2014.

Goyal’s study also found low evidence of no effect or insufficient evidence of any effect of meditation programs on positive mood, attention, substance use, eating habits, sleep, and weight.

Meditation can be generally good for your well-being, as long as it is not replacing other treatment options for mental conditions. As some physical aspects of health are linked to lifestyle choices, meditation can be used to gain some insight, peace, and perspective on the situation at hand.

In Gill’s case, meditation and her spirituality were helpful for her to break away from the cycle of addiction. She battled with alcoholism, and when she became sober, she found herself in mental anguish, and turned to other habits — some healthy on the surface like exercise, others destructive like another battle with methamphetamines.

But with clarity and a newfound religious faith, Gill managed to let go of her past and start living for the present. During one meditation session, Gill had a vision of an actor wearing a mask of her face, which she interpreted to let go of acting a role and to be real with herself.

Her journey is detailed in her book, “Struck By Lightning: My Journey from the Shadow to the Light.”

“Mindful meditation is an equal opportunity, for those who want it,” she said. “It’s simple, but it’s not easy. I’m not a scientist, but I do know that coming into the present, accepting you as you are, reduces the inner turmoil you are in.”

Although there needs to be more study on mindful meditation and its effects, Gill said that in her work, she’s seen some of the successes with its physical applications.

“I have clients in yoga that find a position painful and keep saying they’re in pain. After a moment, they just let it go,” she said. “The pain does not want to stay in you. We hold onto it because we’re struggling, and once we let it go, the pain is reduced. Once you accept it as it is, you’re not fighting it and you become stronger.”

To start meditating, Gill said to follow three simple steps: find a seat and be still, focus on your breathing, and accept whatever thoughts that come.

Gill recommends sitting on a cushion or in a chair, and keeping the spine straight to feel grounded. Once you find a position, turn your attention to breathing, acknowledging the in-and-out motion of your breath.

“Following the breath is about noticing your body,” Gill said. “Most people aren’t aware of the body, and they don’t know how to deal with stress because of it. This helps train the focus inward.”

The final step is labeling thoughts, or simply accepting the thoughts that come, and returning focus back to the breath. The goal is to not repress thoughts or follow them, just let them be, Gill said.

Mindfulness can be added in a daily routine, starting with five or 10 minutes a day, she said.

“The most common complaint I’ve heard is that people can’t empty their minds for five minutes,” Gill said. “It’s like a muscle that you exercise, but instead of going to the gym, you’re working on increasing the gap between you and the past.”

“The past is like a closed door; you can’t move past it. Instead, you focus on the present, because that’s all there is,” she added.

Gill is hosting a workshop, “Mindfulness & Meditation: Simple Ways to Reduce Stress and Anxiety in Your Life” on July 27 at The Palette & The Page in Elkton. The workshop will include simple exercises to help participants live in the present moment.

For more information, visit The Palette & The Page on Facebook.