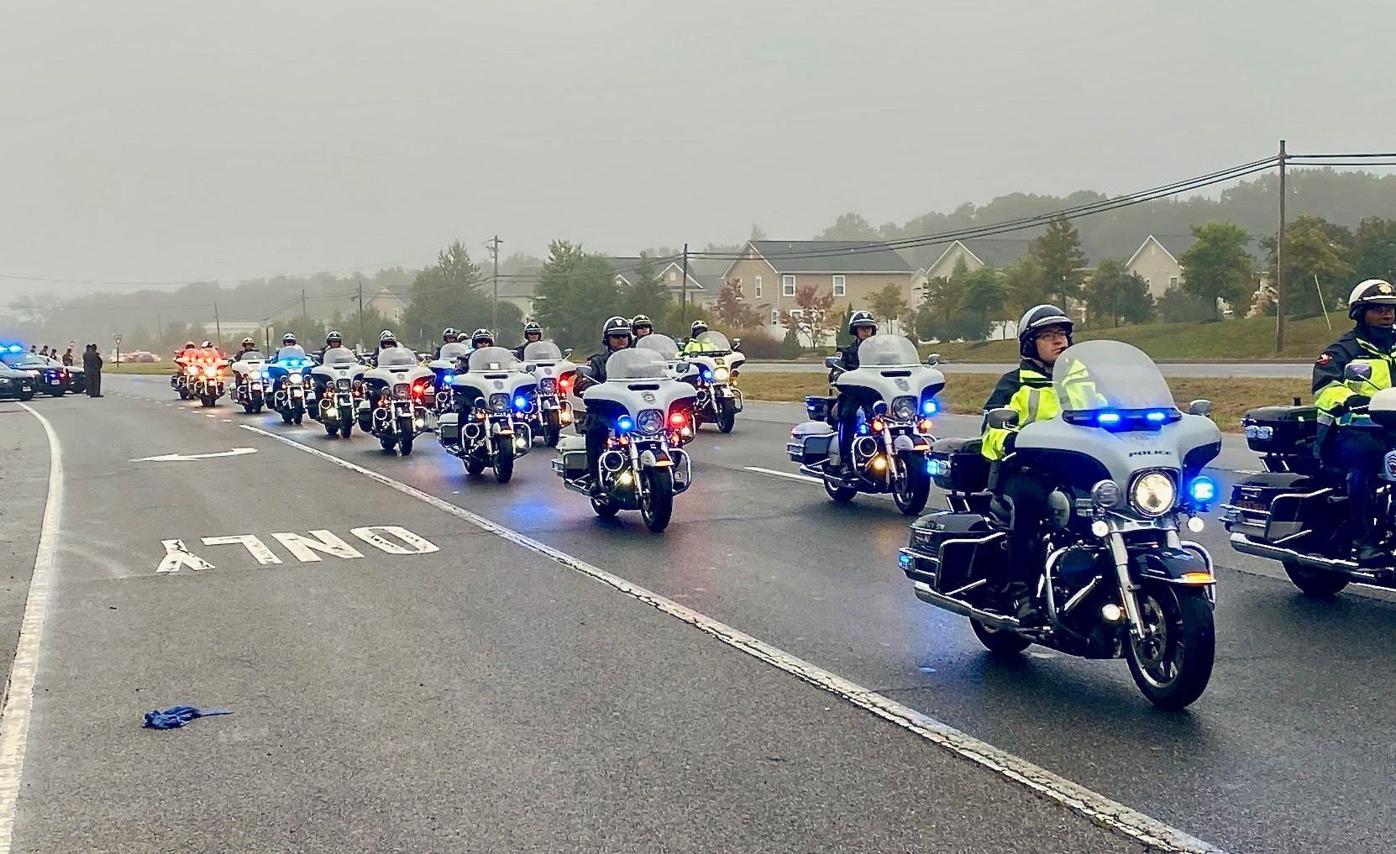 A motorcade of lawmen escorts Jacob Hancher, who died in the line of duty with the Myrtle Beach Police Department, to his funeral at St. Peter’s Catholic Church in Waldorf on Tuesday morning. 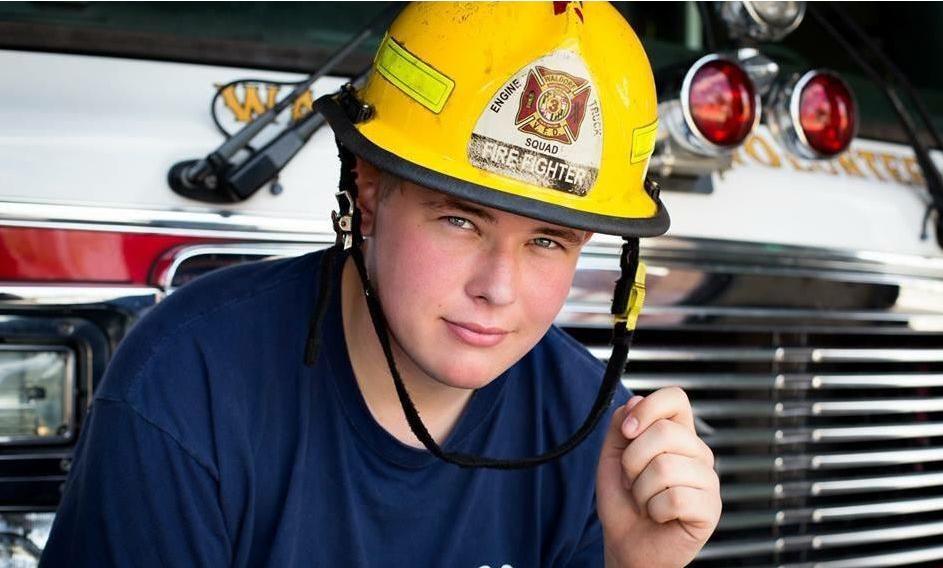 A former Waldorf resident who worked as a police officer in Myrtle Beach, S.C., was killed in the line of duty on the night of Saturday, Oct. 3.

Jacob Hancher, 23, who had recently started as a police officer with the Myrtle Beach Police Department, was killed while responding to a domestic incident in the town.

South Carolina police say one other officer was injured in the 10 p.m. conflict, from which sparse details have been released to the public, and the alleged suspect was also killed.

“Following the exchange of gunfire, the suspect was discovered deceased. No other injures were reported,” other than Hancher and the other officer, a release from the South Carolina Law Enforcement Division, which investigates officer involved shootings at police department’s requests, said after the incident.

Hancher served as a community service officer in Myrtle Beach for four years, and was a police officer for “just under one year,” Myrtle Beach Police Chief Amy Prock said in a livestreamed statement the day after the shooting.

“He was a dedicated public servant who upheld his oath to protect this community, and made the ultimate sacrifice,” Prock said.

A public funeral service was held for Hancher at the Myrtle Beach Convention Center before he was escorted to Maryland.

“When I first saw him, he was a big tall kid, with a flat-top haircut and a big smile from ear to ear,” Lt. Mike Guthinger of the Myrtle Beach police said at the funeral. He said he had first spoken to Hancher before his 18th birthday, and Hancher was interested in joining the department as a community service officer.

“Law enforcement is a unique career, most people question what it is that makes us choose this calling,” Patrolman Justin Barrett said at the service. “Most people say its to help people, but to Jacob, that’s truly what he wanted to do, to help those in need, to strive to be an example for the community that he lived in.”

After being transported to Southern Maryland, Hancher was buried on Tuesday following a mass at St. Peter’s Church in Waldorf, where he had graduated from the elementary school.