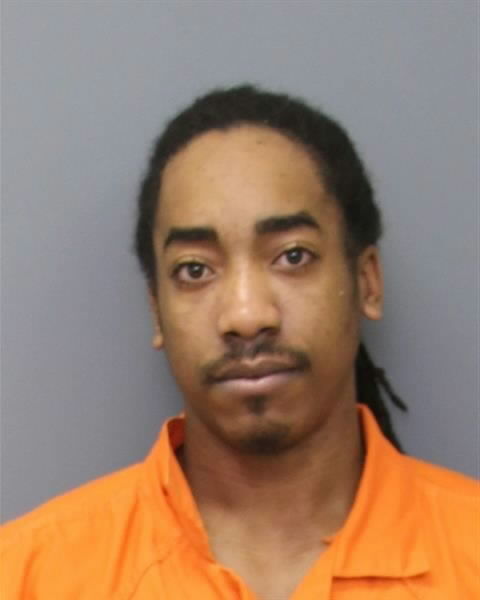 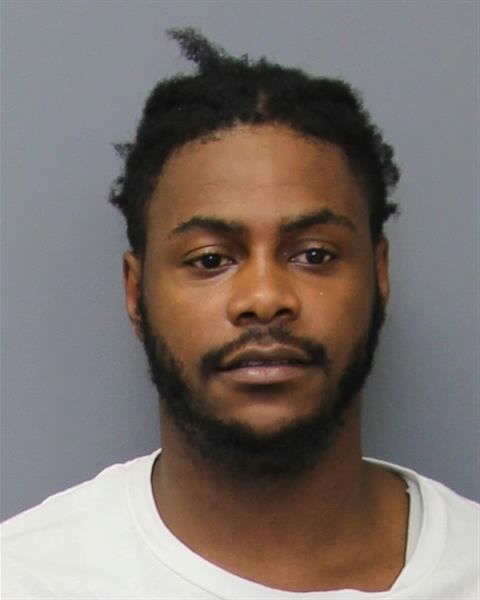 A Waldorf man and his cousin, a Washington, D.C., man, were both sentenced in Charles County Circuit Court on Sept. 11 for their respective roles in a murder and attempted murder from March 2019.

Michael Rashid Moore, 23, was sentenced to 80 years in prison with all but 35 suspended for the March 3, 2019, attempted first-degree murder of Ronald Murphy Jr., five years without parole for use of a firearm in the commission of a crime and 35 years plus five years of supervised probation upon release for conspiracy to commit the first-degree murder of Walter Thomas.

Moore’s cousin, Darren Miller, was sentenced to 25 years with all but 10 suspended for conspiracy to commit first-degree assault in connection with Thomas’ murder. Both sentences were handed down by Judge William R. Greer Jr. Moore entered his guilty plea on Jan. 29 and Miller on March 9, per online court records.

Southern Maryland News previously reported that on March 3, 2019, Charles sheriff’s officers responded to Amber Leaf Place in Waldorf for the report of a shooting. Murphy was discovered suffering from multiple gunshot wounds to his neck and chest, however he survived.

On March 5, 2019, officers responded to the 3000 block of Gallery Place for the report of a missing person. Thomas was discovered lying face down near Freemantle Court suffering a single gunshot wound and was pronounced deceased on the scene.

During investigation, Moore admitted to detectives that he shot Murphy in retaliation to an altercation that took place between Moore and an acquaintance of Murphy’s months prior. Moore fired five rounds at Murphy’s car while he attempted to leave the area, with three shots hitting Murphy in the back.

Moore also stated during investigation that he conspired with another individual to cover up the shooting of Murphy by committing a random armed robbery where the victim would be shot if they resisted. Moore supplied the bullet for the shooting. On March 4, 2019, a suspect approached Thomas and his friend in the area of Fairchild Court; his friend was able to escape unharmed, however Thomas was shot and died.

At sentencing, Assistant State’s Attorney Tiffany Campbell provided Murphy’s impact statement, saying he was unable to join the military after he was shot, which was what he always wanted to do. Murphy also wished Moore the best in the future.

Thomas’ family attended sentencing and wore shirts with pictures of him on the front and back. Thomas’ mother’s shirt said “My Baby Boy” on it, while Thomas’ brother’s shirts read “My Brother’s Keeper.” Thomas’ mother, brother and grandparents gave impact statements, with his mother unable to finish hers as she began crying.

“My whole world came to a halt,” the mother said while remembering the events of March 5, 2019. She asked for the maximum time to be given and for Moore to be held accountable for his actions.

Thomas’ grandparents said the past year was the most difficult time the family has endured, the pain of losing Thomas and having to watch their daughter go through the same. Thomas’ brother gave a story from his perspective of the events from March 4 to 5, 2019, to the time he received the bad news and having to hear the crying of his mother and quietness of everything.

“Hell is worse than jail,” Thomas’ brother said, while addressing Moore. “Let God bless you ... I will not fight you.”

Multiple other written impact statements were read by Campbell from people who knew Thomas, including his godparents and his best friend.

In her statement, Campbell echoed words she had said at the beginning of sentencing, calling the crimes “senseless, reckless, selfish, violent and tragic.”

Campbell restated the events that lead to Murphy’s shooting, reading a text message conversation between Moore and Miller after the altercation but before the shooting. Campbell also said that Thomas was innocent and did not know Moore at all, just happened to be walking home the day of March 4, 2019.

“I understand Moore has been through a lot, but that does not give you a pass to rob, shoot and kill,” Campbell said.

Moore was represented in both cases by public defender Kathryn Batey. Batey gave an overview of the violence Moore was exposed to throughout his upbringing, including having shots fired at him at 13 and losing his best friend to gun violence at the age of 15. She included an incident where he was stabbed in the chest after a family member suffered a psychotic break and that he was and still is suffering from post-traumatic stress disorder due to his past.

“Because of constant violence, a person [who may not be a threat] may look to him like they are trying to harm him,” Batey said. “He’s still a victim of violence and prison is more trauma.”

Moore’s mother apologized to Thomas’ family and pleaded for mercy for her son. She said that she did her best to make her son into a positive person and she felt she let her son down, that he needed help and is not a menace or a threat to anyone.

“To see my son designed as this monster, that’s not who he is,” she said.

Moore’s brothers, aunt and stepfather also spoke on his behalf, pleading that he was a productive member of society and could continue to be if given the opportunity. Moore himself declined to speak at sentencing, instead writing a letter to Greer, the judge, that was not read in court.

“It was a very senseless act and a tragedy for both families,” Greer said. “Because of the decisions you made, a young man’s life was taken.”

At Miller’s sentencing, Thomas’ family reread their impact statements and asked for the maximum of 10 years. Campbell read phone records that placed Moore in the Waldorf area the night of the homicide, then heading back to Washington the next morning.

“Miller was part of the conspiracy,” Campbell said. “Walter [Thomas] was minding his own business and had nothing to do with anything.”

Private defense attorney Thomas Mooney, representing Miller, recounted to the judge Miller’s life story and how he shelved dreams of playing collegiate sports to help financially support the family that took him in after both his parents died before he was 18. Mooney said Miller wanted to help people despite his criminal record and that he was a pleasure to represent, taking the case with a fresh perspective.

Miller said he was remorseful for the role he played in the case and that he never wanted to put anyone through the pain of losing a loved one.

Before sentencing him, Greer stated that there was no doubt Miller’s actions resulted in Thomas’ death.