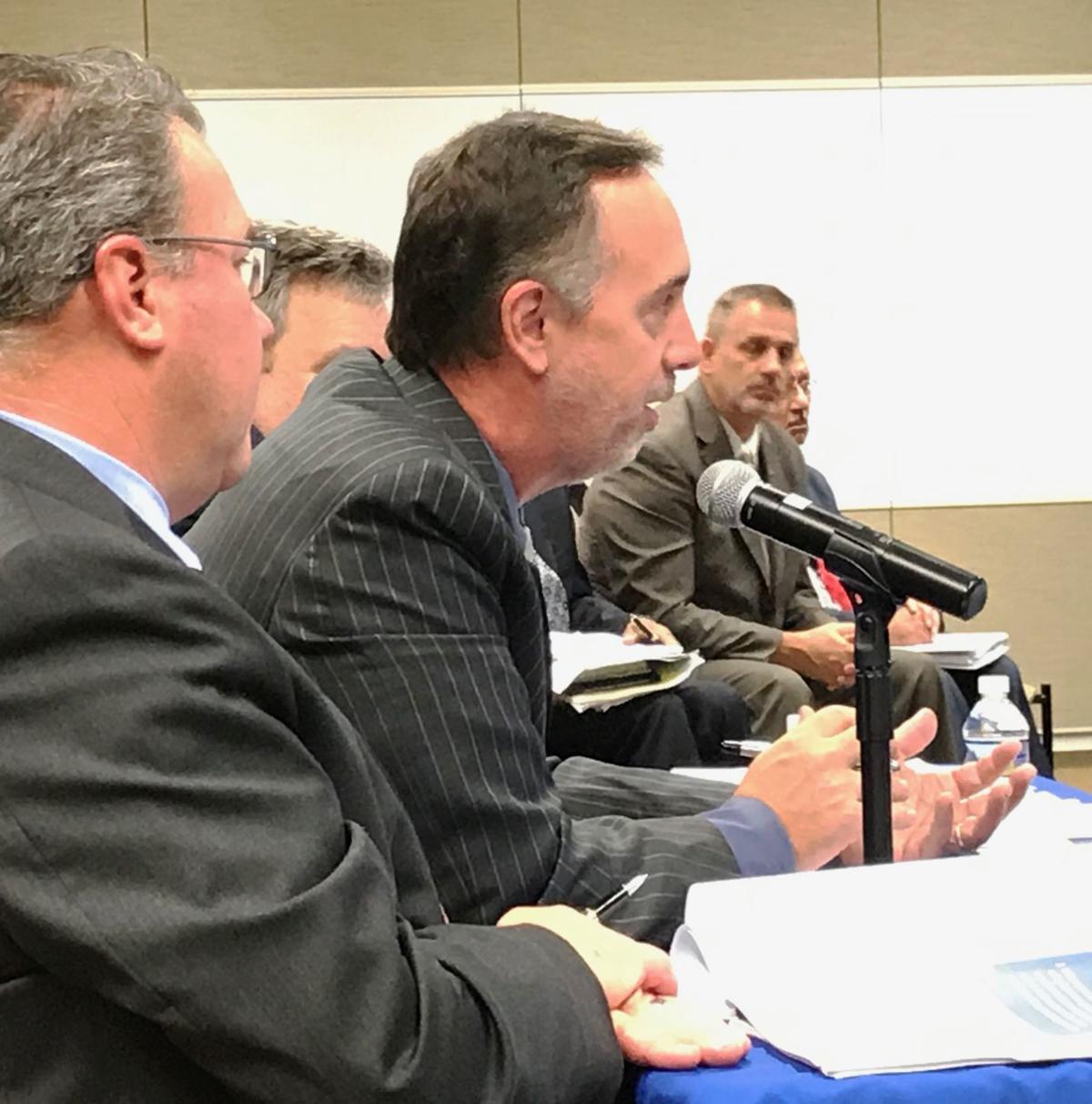 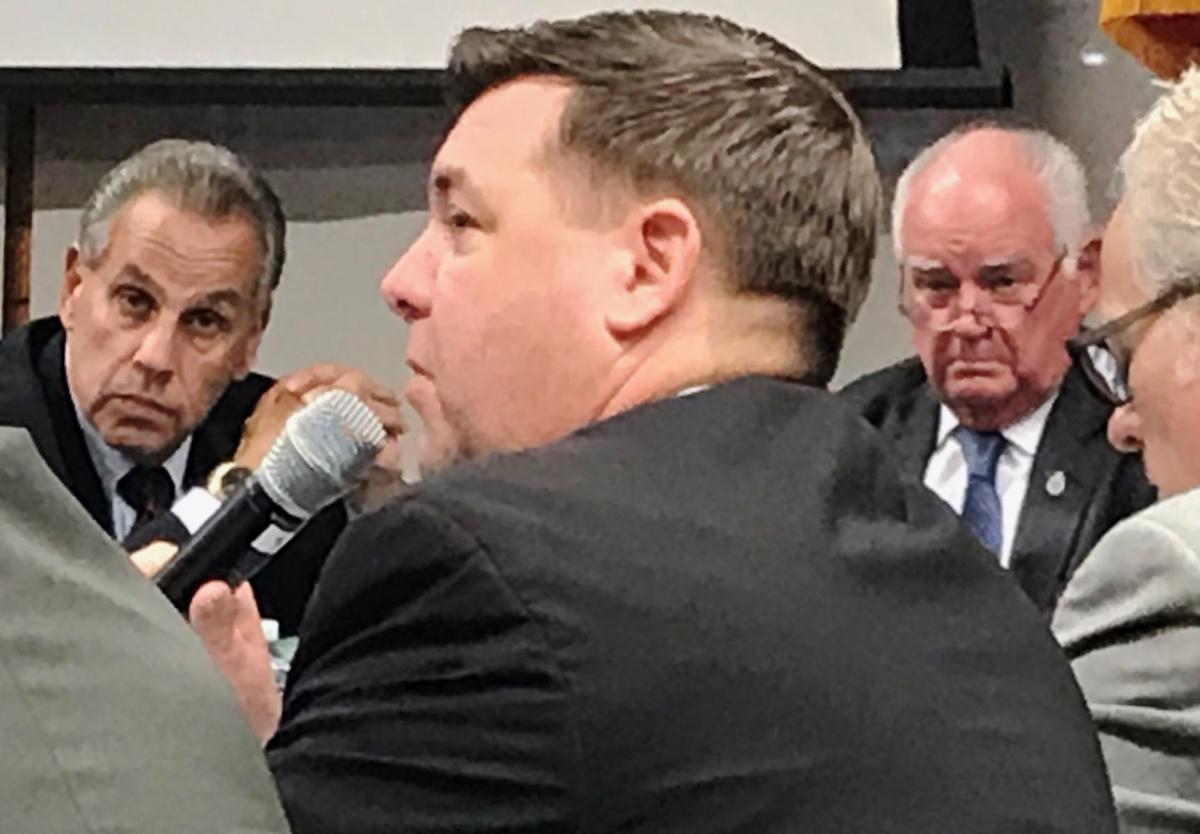 It had been a while since commissioners from Calvert, Charles and St. Mary’s counties met, so a Dec. 10 meeting in Prince Frederick was important, according to Commissioner Thomas E. “Tim” Hutchins (R), president of the Calvert County commissioners.

“It’s significant any time you can get three boards to discuss issues, even though we didn’t come down to any specific takeaways,” Hutchins said after the meeting. “It really sets the stage for what we can do moving forward.”

Transportation, EMS mutual aid and the counties’ share of funding for the College of Southern Maryland were the main topics during the 90-minute meeting.

St. Mary’s County Commissioner John O’Connor (R) said he has been working with state Dels. Jerry Clark (R-St. Mary’s, Calvert) and Matt Morgan (R-St. Mary’s) to replace the Gov. Thomas Johnson Bridge that connects St. Mary’s and Calvert counties. O’Connor said the men are working with a company that privatizes bridges. He said options include tolls, a lease or building a tunnel and using the current bridge for pedestrian and bicycle traffic. Such an endeavor could be finished in five years if there is collaboration between affected parties, O’Connor said.

Despite O’Connor’s plan, replacing the Patuxent River crossing was pushed out as the St. Mary’s County commissioners’ No. 1 state roads priority earlier this year. Although $750,000 was included in the state transportation department’s 2019 budget, “we have seen no progress, no consultant hired, and your budget zeroed the project out for future years funding,” according to a letter sent from the commissioners last spring to Pete Rahn, the state’s outgoing transportation secretary.

State estimates from two years ago put the cost of a new four-lane Thomas Johnson bridge between $500 million and $600 million.

Charles County Director of Planning Jason Groth spoke about several projects that are in the works or on the drawing board in Southern Maryland’s most populous county.

He noted that the contract for the replacement of the Nice-Middleton Bridge on U.S. 301 over the Potomac River was awarded Nov. 19, when the Maryland Transportation Authority Board approved a $463 million contract to Skanska-Corman-McLean. The 1.9-mile project would increase the number of lanes from two to four, but would not include a pedestrian/bicycle lane on the new bridge, Groth said. Construction is set to begin next year and be completed by late 2022. Removal of the current bridge would be finished in 2023.

Alternative funds are being sought for pedestrian/bicycle lanes, Groth said. He noted that the state asked the Virginia Department of Transportation to help with funding, but VDOT is only paying to help with land acquisition in King George County. Groth said VDOT is promoting the use of U.S. 301, “but they’re not improving their roads on their side of the bridge.”

Groth said that if a 19-mile train route connecting White Plains/Waldorf to the Branch Avenue Metro station in Prince George’s County is funded, it would benefit St. Mary’s County, and potentially Calvert County, too. The Southern Maryland Rapid Transit project would connect to Camp Springs.

The boards agreed to continue an MOU regarding mutual aid for emergency medical services.

“We have a very solid partnership,” said Stephen Walker, director of St. Mary’s County Emergency Services. He noted that the county is at “critical mass” and is heavily reliant on mutual aid, especially in the northern part of the county.

“My fear is that at some point Charles County will say, ‘We’ve had enough,’” Walker said.

“In 2013 and ‘14, Solomons was having some issues pulling from St. Mary’s County, and now the tide has turned where we’re sending” emergency responders, said Jackie Vaughn, Calvert County’s director of public safety. She said it is very difficult to attract volunteers to become an emergency medical technician when 300 hours of annual training are required; it used to be 78 hours. Calvert County plans to move away from its all-volunteer EMS in February. St. Mary’s County Commission President Randy Guy (R) noted that the tri-county meeting was only the second held in five years. At the close of the meeting, Charles County Commissioners’ President Reuben B. Collins II (D) said there seemed to be a consensus for the three county commissioner boards to meet once a year.