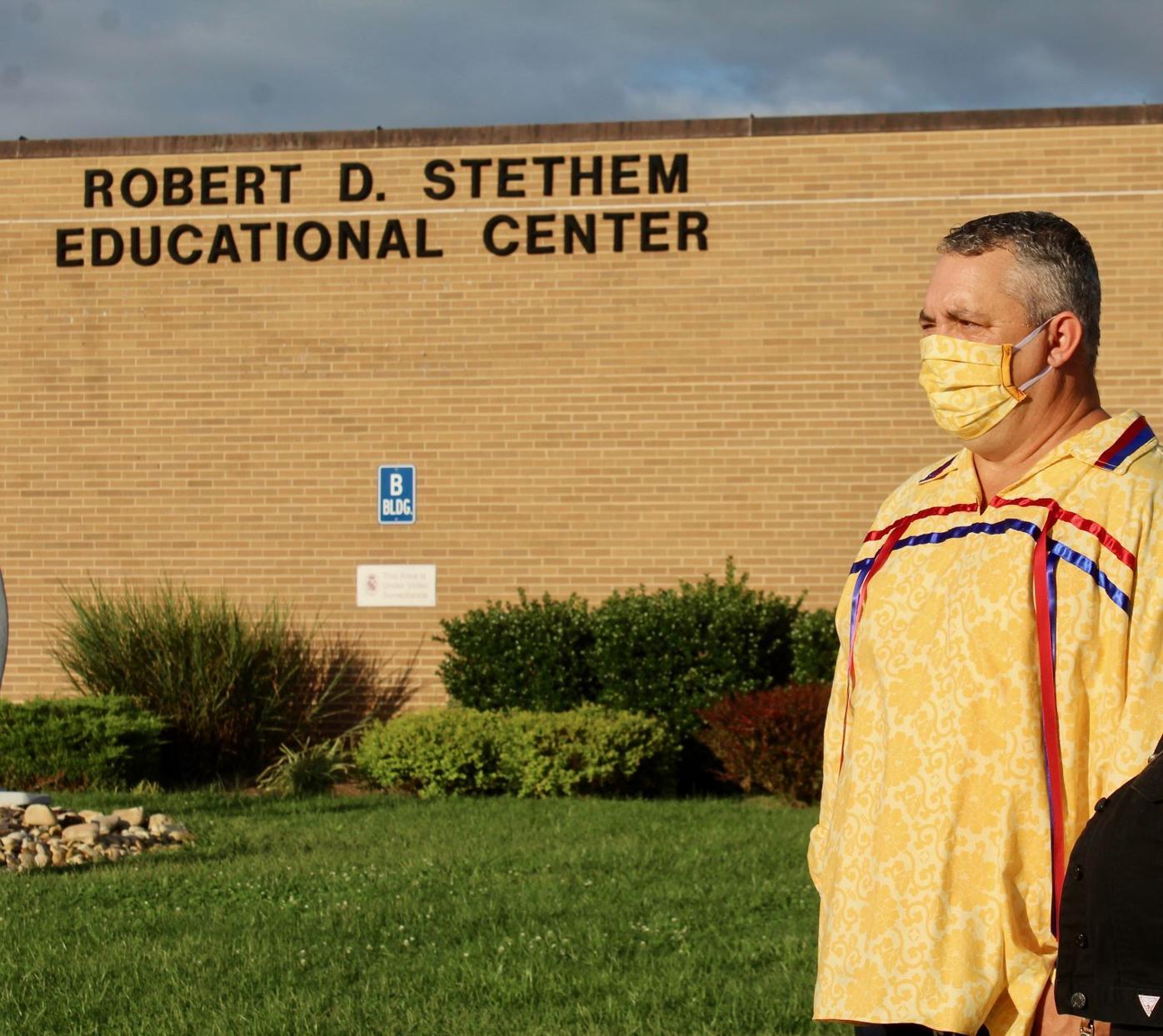 Jesse Swann, chief of the Piscataway Conoy tribe, stands in front of Robert D. Stethem Educational Center in Pomfret Sept. 12. He’s calling for the town of Indian Head and Indian Head highway to change its name. 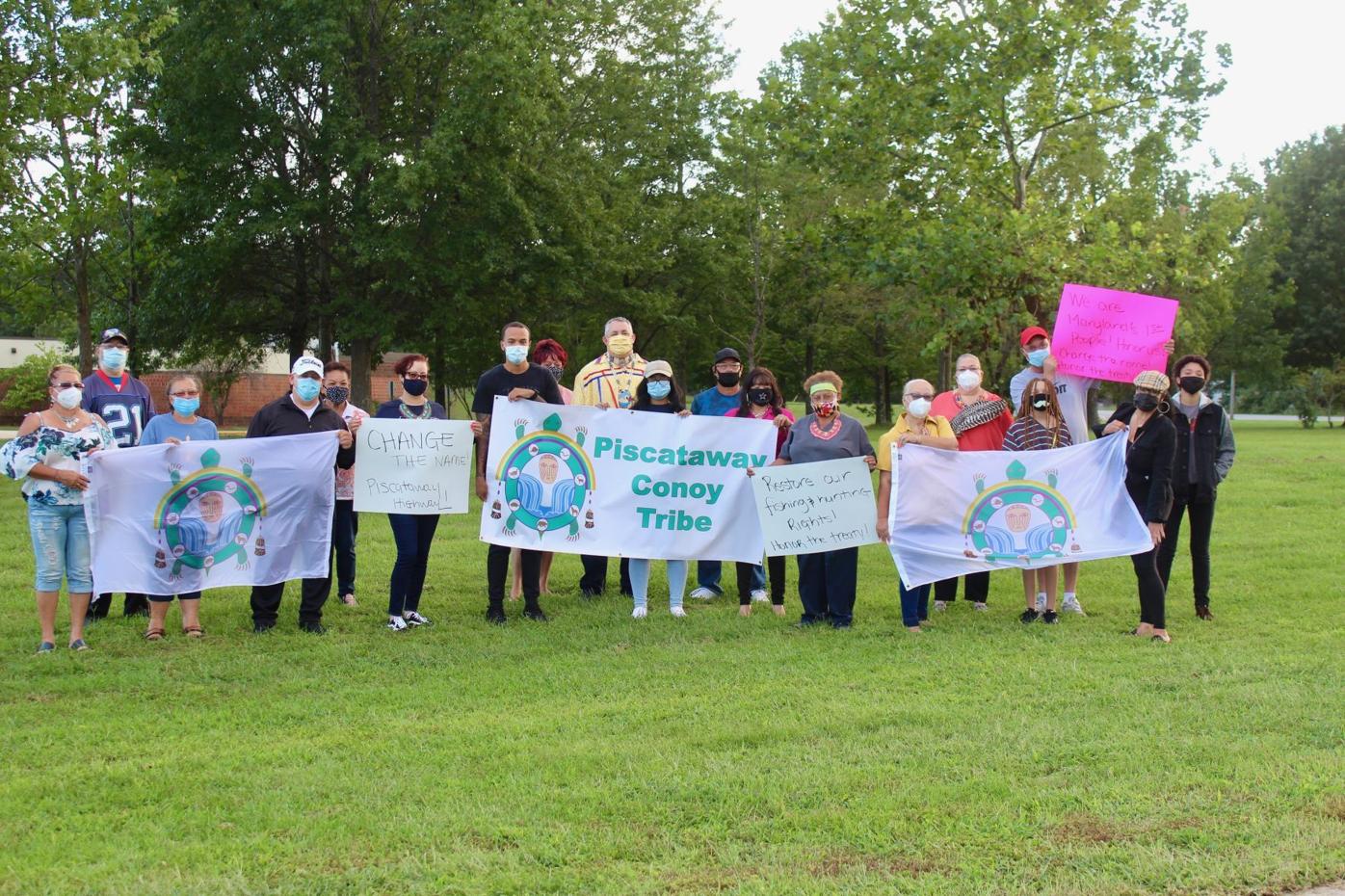 The Piscataway Conoy tribe gathered in Pomfret on Sept. 12. They are advocating to change the name of the town of Indian Head and Indian Head Highway. 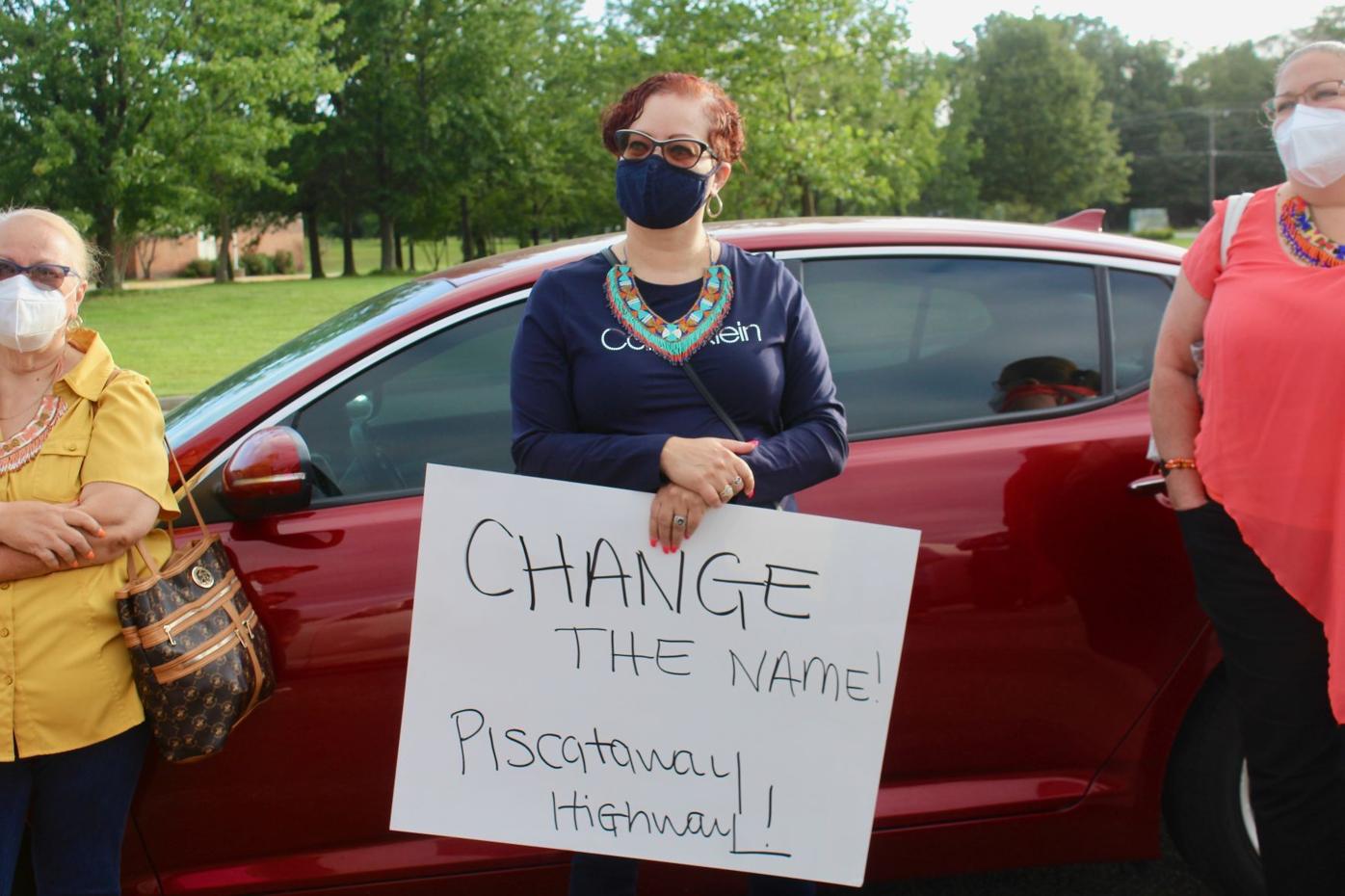 Jesse Swann, chief of the Piscataway Conoy tribe, stands in front of Robert D. Stethem Educational Center in Pomfret Sept. 12. He’s calling for the town of Indian Head and Indian Head highway to change its name.

The Piscataway Conoy tribe gathered in Pomfret on Sept. 12. They are advocating to change the name of the town of Indian Head and Indian Head Highway.

A Native American tribe in Charles County is calling to change the name of the town of Indian Head and Indian Head Highway, saying the names are discriminatory.

A petition with about 400 signatures was issued by the Piscataway Conoy. It calls for the name change and states the name “Indian Head” is discrimination.

“There are many stories and reasons behind the naming of both, however we, the members of the Piscataway Conoy tribe, whose ancestral lands include both this highway and town, are asking for both to be changed,” the petition states. “Both are discriminatory to Native Americans in general, and we will no longer tolerate it.”

“With the Indian Head Highway, a lot of people don’t know the stigma behind it,” Jesse Swann, chief of the Piscataway Conoy tribe, said.

He said rival tribes would remove the heads of Native Americans and place them along the route, which is how the name was coined.

Swann suggested the new town name could be Piscataway and the road called Piscataway Highway.

“Whether or not you believe that our sisters’ and brothers’ heads were decapitated and placed on posts along the side of the road, the name is discriminatory at best and a demonstration of the slaughter of our people at worst,” the petition states.

Tribe member Ariane Odom said the highway, which lies along Route 210 that stretches into Fort Washington, is considered sacred burial ground. She added the tribe has been having this conversation for years, though change has yet to happen.

“It’s all part of our non-existence,” Odom said.

The petition states Native Americans are the only race that has to prove who they are.

“When people say, ‘I’m something different,’ it’s aggravating because it’s not what I am. People say I’m Indian,” Briyana Proctor, 10, said.

“The kids in my school, they don’t learn much about Native Americans. They don’t know about Piscataway Conoy,” Iyanna Proctor, a student at Benjamin Stoddert Middle School, said.

The petition was posted the same year the Washington, D.C., NFL team removed “Redskins” from its name. Swann said he wrote to Dan Snyder, owner of the team, and wondered if it helped the removal.

The chief said they have been communicating with local leaders to change the name and all seem to be in support. They haven’t had any pushback so far, he added.

Commissioner Gilbert “BJ” Bowling (D) said the tribe reached out to him for support of the name change.

“I think our Native American community is long overdue recognition and part of that could be changing the name of Indian Head Highway and the town,” he said, adding that Native Americans were here first and they deserve to be recognized in some way.

Bowling said he would respect the town’s process and the ball is in its court, but he told the mayor he supported the tribe’s efforts.

Brandon Paulin, mayor of Indian Head, said this week he could not yet say whether he supports the change of the name. But he encouraged Swann to speak in front of the town council about it.

“I really want to start a dialogue around the topic,” he said. “A lot of things can be solved by talking.”

Paulin said he hopes to learn more about the process of changing a name, hear as much input from the community as possible and possibly form a committee on the topic.

“The more fingerprints you have on something, the better it gets,” he said.

The tribe was expected to speak at the town’s Sept. 23 work session but Paulin said they could not make it. He added they plan to attend the next session in October.

The tribe has around 3,500 members and before the coronavirus pandemic, they held four annual festivals and monthly meetings.

The chief mentioned the tribe’s desire to have its own home base. He mentioned the Posey site inside the Naval Surface Warfare Center—Indian Head Division displays artifacts recovered from Native Americans. But his tribe does not have access to them since the base is not open to the public.

“We don’t want to be on display like that,” he said, adding the artifacts could belong to the home base.

Another battle the tribe is fighting is the right to hunt and fish on the land.

Odom said a treaty was established in the 17th century that said they could, but it has not been honored. Residents need a license to hunt in the area, but a proposed bill would give them a license for free.

“The changing of the name is an umbrella of many things,” Odom said.

contributed to this report.