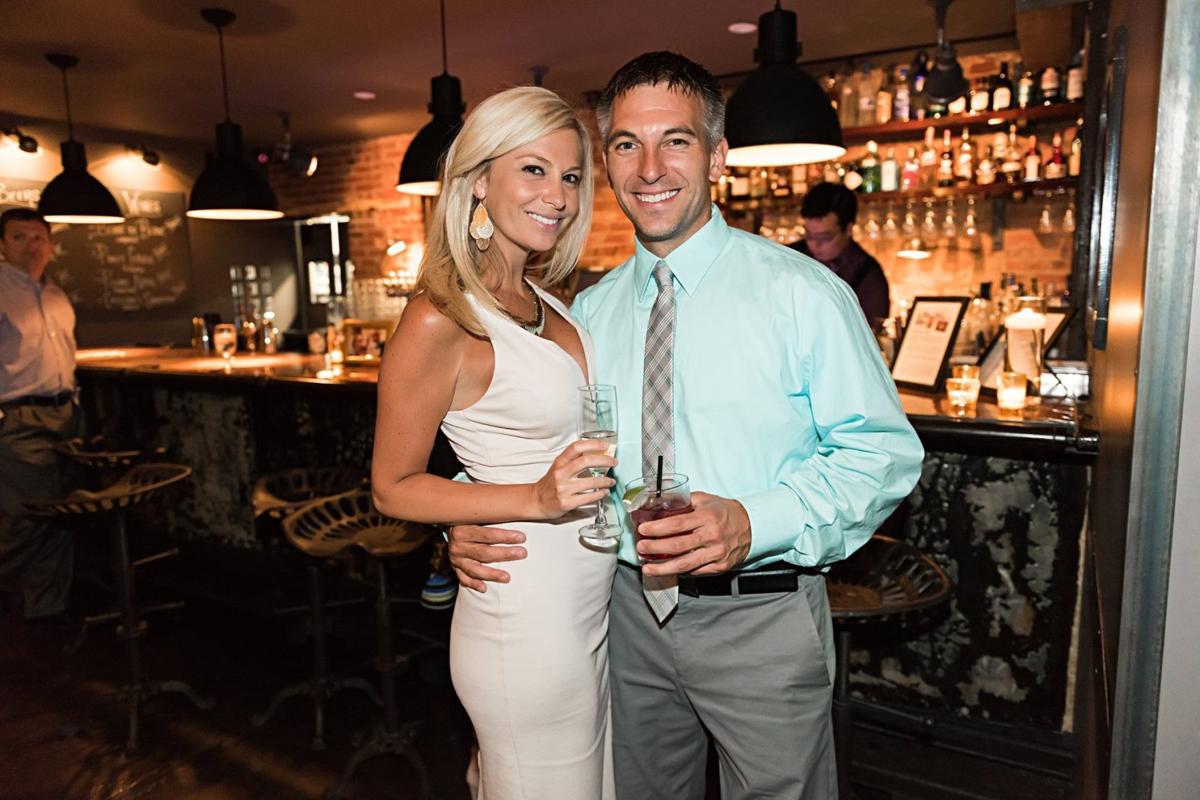 Susan Hedrick and John Lush of La Plata were virtually married by “The Office” co-star John Krasinski on his podcast. The couple’s real wedding was to be in June but has been postponed until May 2021. 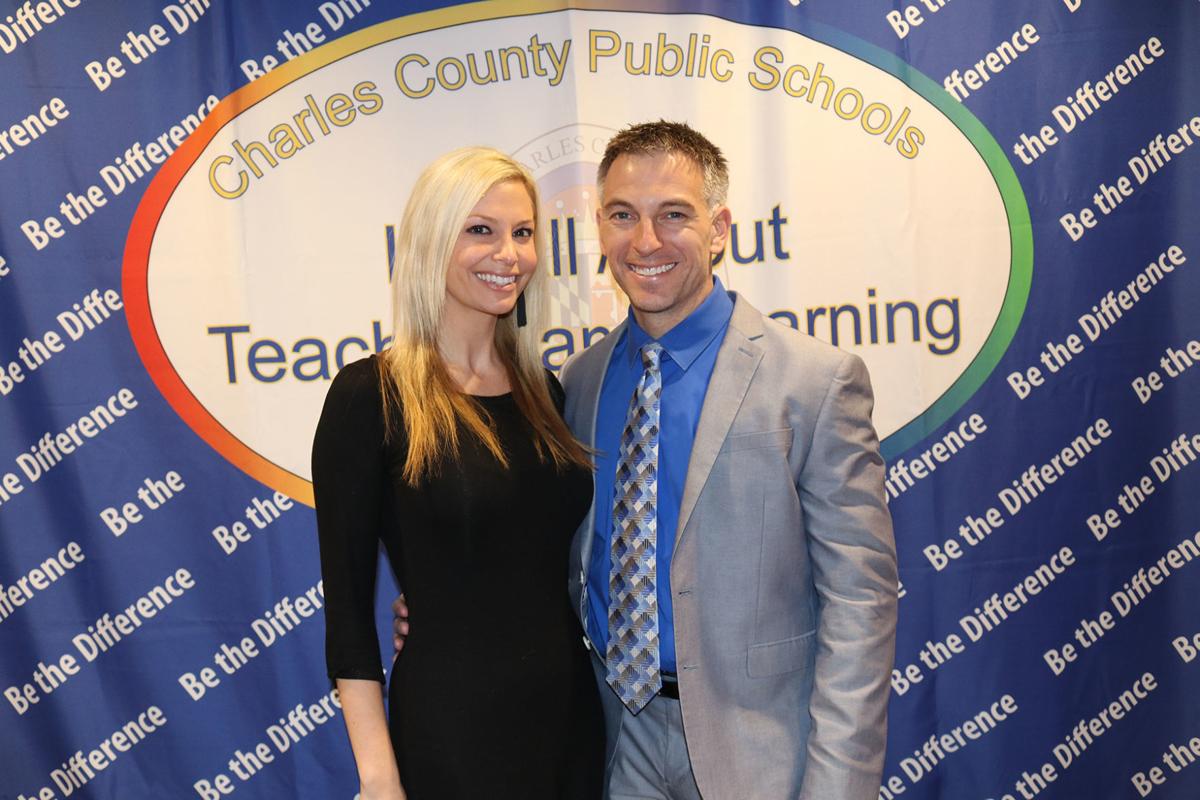 Susan Hedrick and John Lush of La Plata were married by “The Office” co-star John Krasinski on his podcast. The couple’s real wedding was to be in June but has been postponed until May 2021. The two work at Charles County schools.

Susan Hedrick and John Lush of La Plata were virtually married by “The Office” co-star John Krasinski on his podcast. The couple’s real wedding was to be in June but has been postponed until May 2021.

Susan Hedrick and John Lush of La Plata were married by “The Office” co-star John Krasinski on his podcast. The couple’s real wedding was to be in June but has been postponed until May 2021. The two work at Charles County schools.

Carrying a couple of chili dogs and a package of toilet paper, a third-grade girl ambled up to the door of Susan Hedrick and John Lush’s residence on May 14.

The delivery, from intrepid young reporter Lily Mellott, served as a wedding present after Hedrick and Lush were virtually married a week earlier by actor John Krasinski for an episode of his web series “Some Good News.” The episode, which featured a reunion of many of Krasinski’s former co-stars from the television show “The Office,” made its premiere late last Sunday night and instantly went viral, with more than 11 million views six days later.

Chili dogs and toilet paper may not be traditionally thought of as wedding presents, but there hasn’t been much traditional about the week the La Plata couple experienced following their appearance on the show. By Friday afternoon, Hedrick and Lush — whose scheduled June 20 wedding was postponed like so many others due to the pandemic — had done 11 interviews spanning everything from television stations to the Philadelphia Eagles website, as well as an appearance on 9-year-old Mellott’s YouTube show “Lily Loves Good News.”

The appearance on Mellott’s show stood as the clear highlight for Hedrick, who also was especially thrilled to receive the chili dogs from the young host.

“It was awesome. I’ve been wishing someone would,” said Hedrick, a Thomas Stone High School special education teacher whose love for chili dogs is expressed in both her Twitter and Instagram handles.

“The other thing that was really cool to me was just that, for the educator in me, everyone is pushing back against what is going on right now with virtual education. She’s embracing it,” said Lush, the athletic director at Lackey High School. “Here’s an opportunity to do something different and kind of run with it.”

The press the couple received in the days following the show being posted could have been overwhelming for people not really accustomed to it, but it was an experience that was largely enjoyable, specifically because of the overwhelmingly positive reaction their appearance on the show received.

“To me it’s been really enjoyable, just to see all the different avenues and how everybody is attacking it,” Lush said. “You get to see who’s really invested in their job and who kind of takes a halfhearted approach. But seeing how people react to the stories is awesome. Even if there are interviews I didn’t think were that good, people hit us up and say, ‘I saw you on such-and-such and it was awesome. Made my day.’

“I always say I think the best job in the world is to be a rock star, because everybody who buys a ticket to your show loves you. It’s not like a football game when somebody is rooting for you and somebody rooting against you. You pay to go to a rock show, everybody loves it. That’s how this has felt. Every single person has loved it, has been invested in it. That’s pretty cool.”

While the reunion most of “The Office” cast provided a happy diversion from quarantine life for so many, the experience did the same for Hedrick.

“I think it was Tuesday or Wednesday night when we were getting into bed, we were really tired but I was like, ‘Man, I forgot we were in quarantine,’” she said. “For those couple of days I forgot. There was just so much positivity and we were talking with so many people even though it was over Zoom.

“I feel like I’ve had the same quarantine experience we all have. A couple of days you’re OK and then you have that day where you’re feeling depressed. This was really nice to just have a really positive week where we kind of forgot for a second what was going on in the world.”

The two filmed their appearance on May 7, which left three days of anticipation before it finally aired.

“We had the Zoom thing with John Krasinski last Thursday [May 7] and we knew about it Tuesday,” Hedrick said. “For those two days leading up to it I was telling John, ‘It’s been so long since I’ve been excited about something, but I don’t feel excited.’ I felt scared or nervous. My body forgot how it felt to be positively excited about something, so it was really strange. I actually continued feeling that way until it aired on Sunday. I felt a little sick for like five days. After it aired, I’m just soaking up the positivity of everything that’s happened.”

Prior to going on the show, Hedrick and Lush did not know if they would actually be speaking with Krasinski or a show producer, and thought they would just be telling their own engagement story. Lush proposed to Hedrick at a gas station, reprising a proposal on “The Office.” As the world saw, it was far more involved. Eventually on the call were all of their parents, friends Tom and Patty Petre, as well as Jenna Fischer of “The Office” and country singer Zac Brown before most of the cast from “The Office” popped in at the end to dance following the virtual ceremony.

“We were on with Krasinski for the first couple minutes and he seemed really disinterested. It was kind of weird,” Lush said. “We were so excited to see him and it felt like he was just trying to get through the interview.”

But unbeknownst to Hedrick and Lush, there were bigger plans the host was trying to get to.

“John was telling the whole story of how we met and I was like, ‘Why doesn’t he care?’” Hedrick said, recalling the initial moments of the call. “Afterwards we processed it we were like, ‘Oh, it was because that wasn’t the main thing.’ In our head we thought we were telling the engagement story and that was the whole point, but that was the smallest piece. That’s why he was just trying to move it to get to everything.

“We were on with him for just a couple of minutes. Then our families and Jenna Fischer popped up, so she was with us almost the whole time. Then Zac Brown, then he signed off and we did the other part and then the rest of the cast popped on.”

While the appearance of Hedrick and Lush provided an opportunity for the cast to reconnect, it did the same for the couple who heard from people from all walks of their life in the days that followed. Lush, who had a meeting early on Monday morning, said by the meeting’s end he had 110 text messages and that was just the start.

“I had so many messages, on Facebook and Instagram, had so many messages and so many people sharing it and commenting,” Hedrick said. “I’m still trying to catch up. I wanted to thank everybody and every time I felt I was almost caught up a new story would come out. That’s been the best part of this, hearing from people we haven’t heard from. People from college, one of my oldest friends from when I was younger, old students, I couldn’t even begin to estimate.”

“The thing that really sticks out in my mind is the next morning I was reading some things that I had been tagged in on Twitter, over and over again I saw people saying ‘This is the best thing I’ve seen during quarantine. This is a great way to start my week,’” Lush said. “I’m sure some of it is cliché, but at some point when message upon message upon message is saying that, it resonates. Thinking about that it brought joy to some random person’s house — just like Krasinski had brought joy into our house and my dad’s house and my mom’s house and her dad’s house — that’s pretty special, to have that connection.”

As unique an experience as what they already were fortunate enough to enjoy, Hedrick and Lush still have a rescheduled wedding date for May 2021. While the chances of it again including actors from one of their favorite television shows is probably slim to none, it’s still something they think will be absolutely unique in its own right.

“I think the specialness of just having everybody in person, and who knows what is going to go on in the next year. This was a really great step to get there and to tide us over,” Hedrick said. “In the realm of the universe I understand that having to postpone my wedding is not a huge deal. It’s a big deal to us, but there are people dying. … There is disappointment, but this has made that disappointment go away. It’s fine. We’ll get there when we get there, and now we have that to hold on to.”

“It’s still going to be really unique and really special,” Lush added. “We got a chance to do that and it was incredible and something no one else has had a chance to do, but I think our wedding will also be really unique, too. Unique to us. While that show will resonate with a ton of people all over the world, I think our day will resonate with us. I still think that day in May will still top what we just had this past week.”