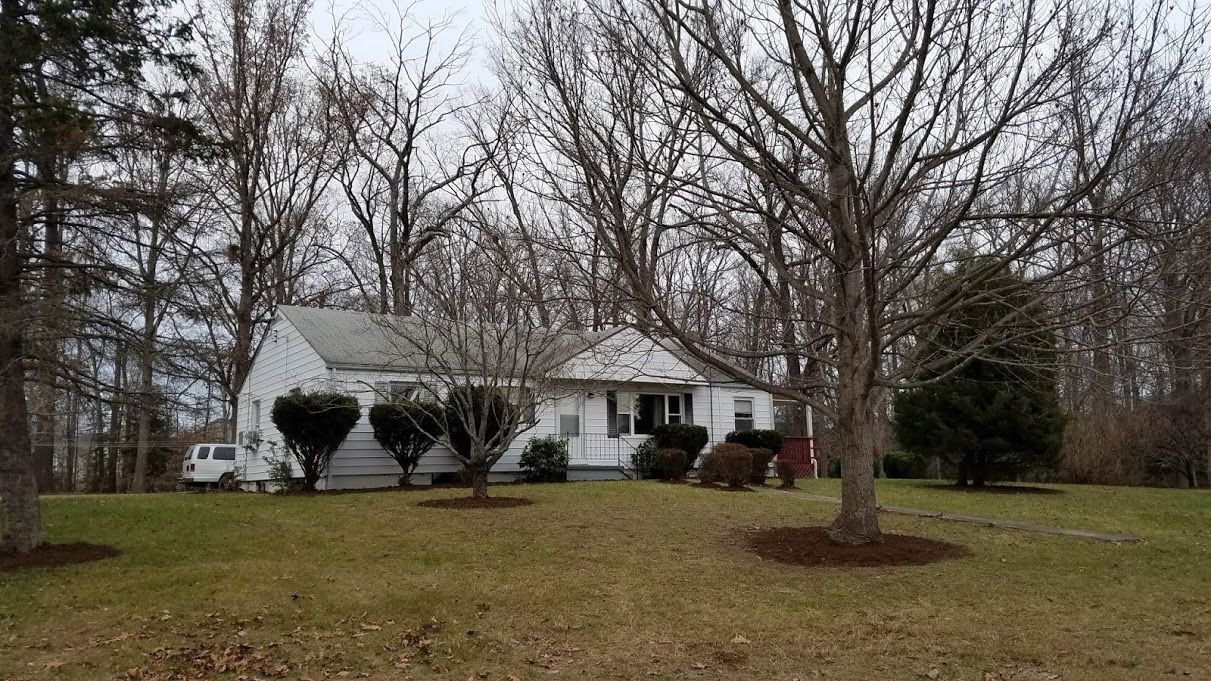 Martha’s Place currently has much better living conditions after renovations were made to the shelter with help from The Wills Group and other local businesses in Charles County. 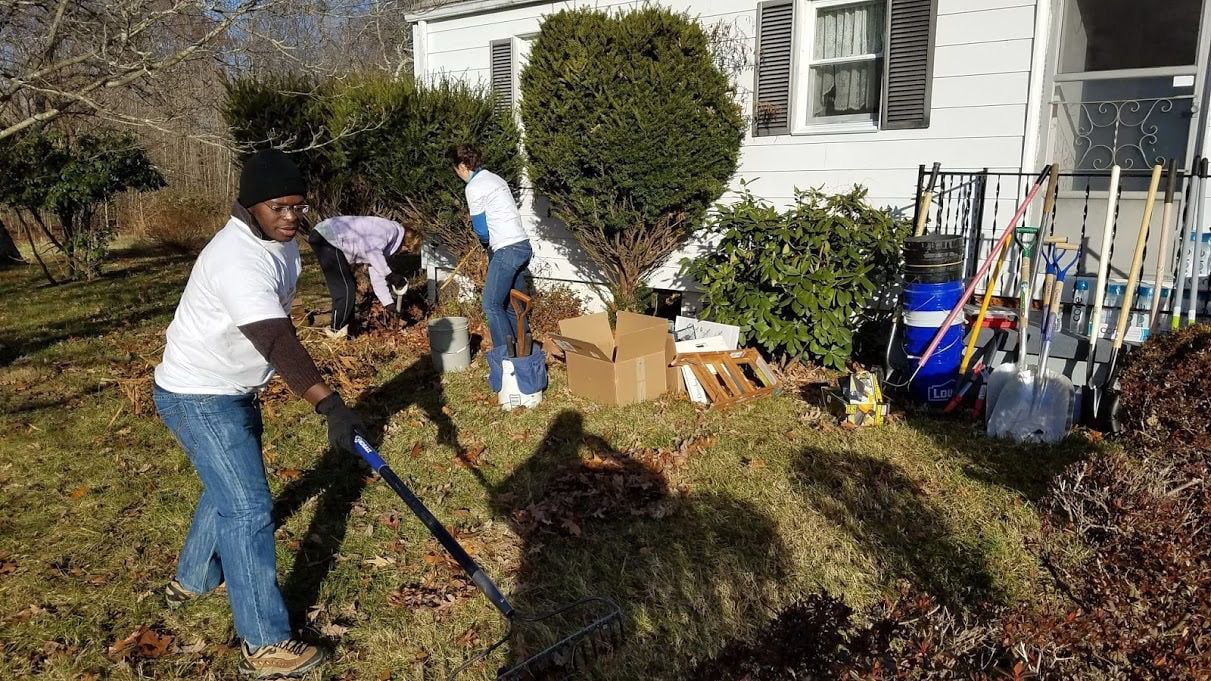 Volunteers from The Wills Group, Aphrodice Musoni, Briana Jatlow, and Michele Wills, wife of Lock Wills, chairman and CEO of The Wills Group, at Martha’s Place helping to rake leaves and pull weeds on Dec. 14. 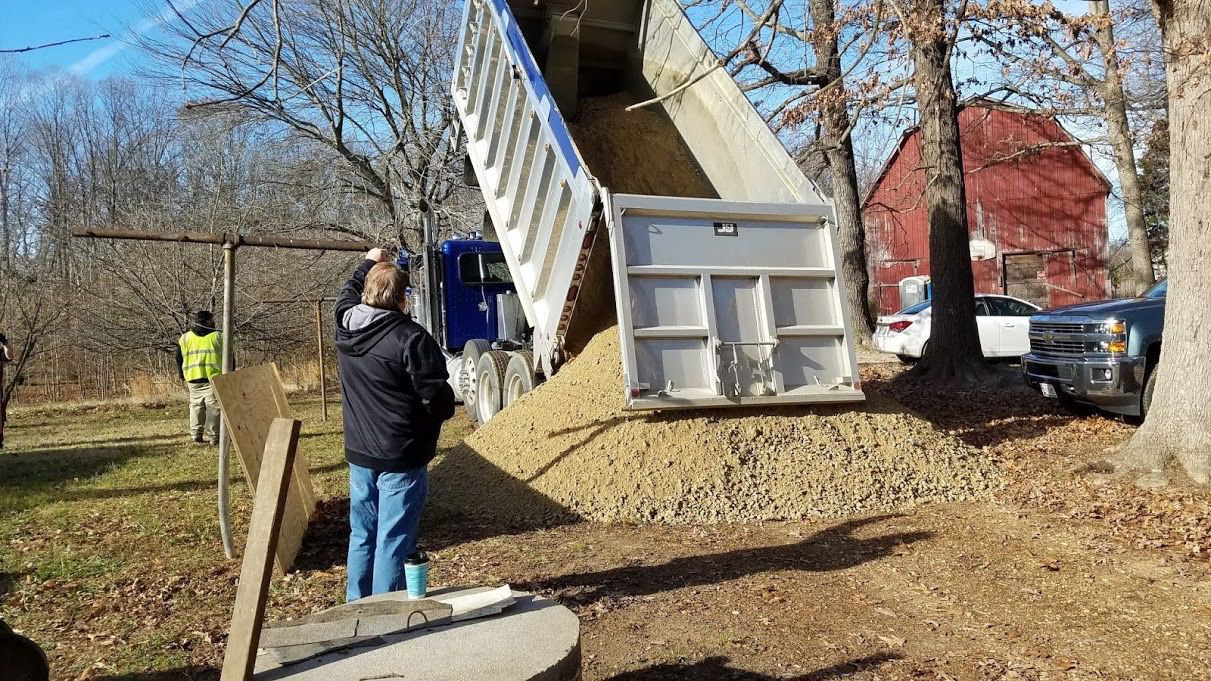 On Dec. 14, Jon McKeel Sr. and John McKeel Jr. from HASH Construction directing the dump truck onto the property at Martha’s Place women and children’s shelter. 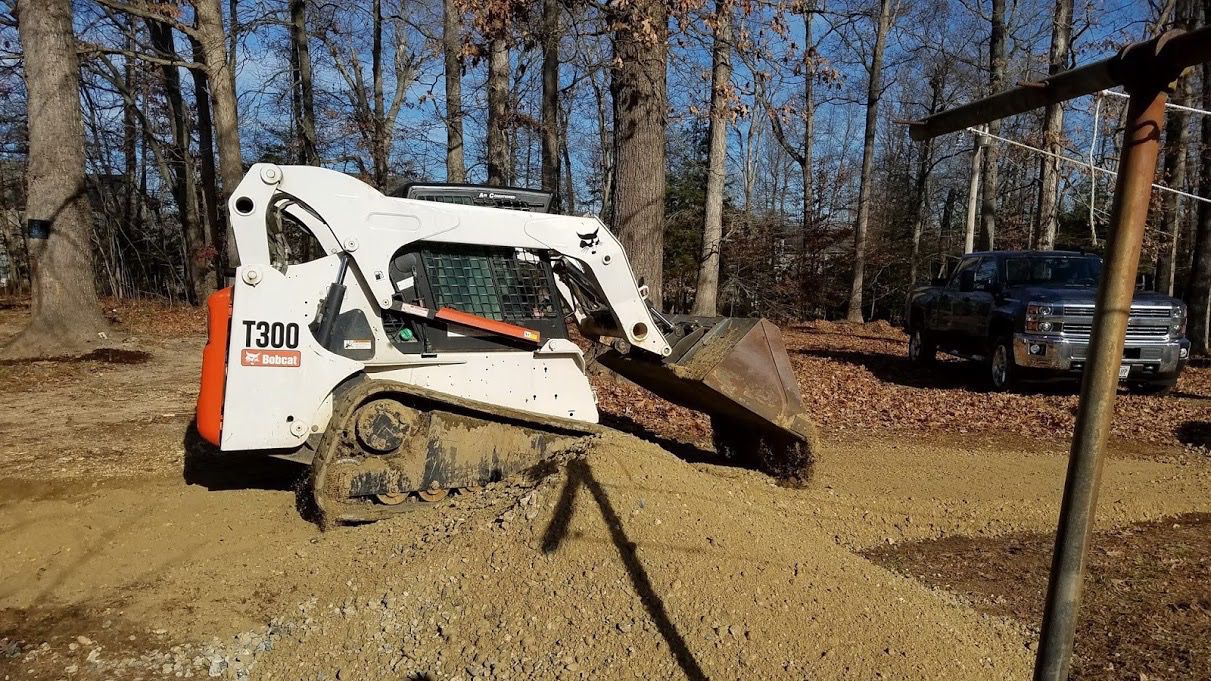 Martha’s Place currently has much better living conditions after renovations were made to the shelter with help from The Wills Group and other local businesses in Charles County.

Volunteers from The Wills Group, Aphrodice Musoni, Briana Jatlow, and Michele Wills, wife of Lock Wills, chairman and CEO of The Wills Group, at Martha’s Place helping to rake leaves and pull weeds on Dec. 14.

On Dec. 14, Jon McKeel Sr. and John McKeel Jr. from HASH Construction directing the dump truck onto the property at Martha’s Place women and children’s shelter.

LifeStyles, Inc. is known for assisting citizens of the Southern Maryland region during their time of need. When the organization had heating, electrical and plumbing issues occur at their women and children’s shelter located in Charles County, many local businesses as well as a local church rushed to their aid.

For six years LifeStyles, Inc. has owned Martha’s Place, a women and children’s shelter located in White Plains which houses three women and several children. Sandy Washington, LifeStyles, Inc. executive director, said the name of the home is a biblical reference to Martha who made sure things in the household were in order and worked to have a tranquil place to live in. However, Washington said the tranquil home these families needed at Martha’s place was falling apart before their very eyes.

“The driveway was so bad it had potholes and was dangerous. We couldn’t imagine getting women and children up and down that driveway in case of an emergency. In addition, the well went out so there was no water. We had just paid an unbelievable amount to get a pump put in because we thought that was the problem but there was still no running water,” Washington said.

The staff at LifeStyles, Inc. had to move the women and children out of the shelter and have them stay in a hotel. With so many overwhelming repairs and families in need of shelter and assistance, Washington reached out to The Wills Group for help.

Julian Blaylock “Lock” Wills Jr., chairman and CEO of The Wills Group, his wife Michele Wills, and risk manager at The Wills Group Brooke Rieman, coordinated the Martha’s Place construction project, held on Dec. 14, in order to make the shelter more livable for mothers and their children to dwell in.

“It really took my breath away,” Washington said. “The Wills Group said they wanted to make everything really nice for these ladies and increase the capacity of the house. They kept seeing the issues and kept providing. That was such a faith boost for me. God sends people your way and how appropriate seeing this miracle happen this holiday season. Miracle after miracle happening through people.”

“We were able to put together a crew of 30 people from The Wills Group to do many things around the home, such as — paint entire house, install smoke detectors/carbon monoxide detectors throughout, add a handrail going down the stairs to the outside basement entrance, clean up the yard, rake leaves, trim bushes, spreading out mulch in the flower beds, clean out the gutters, paint some outside fascia, install a storm door, repair loose wiring in the basement, install cover plates on exposed outlets and board up a hole in the barn,” Rieman said.

Lock said his company had already been planning to get more involved in the community through community engagement programs. His wife Michele was helping to pull up weeds and lay down mulch during the project.

“I can’t believe how much got done in a day at that house,” Michele said. “I felt even better because at least that house will be up and running again for mothers and children who are homeless and that would help Sandy have more time to work on their cases and get them into more permanent housing. Its good to help (Washington) do her job and I think it was exciting for everyone to go and try to do something to make life better for people who need it.”

Rieman said Chaney Enterprises delivered truckloads of gravel to fix the pothole issue on the 2,400 square foot driveway of the shelter.

“(Washington) was looking for a lot of material in a short time frame but we pulled together our personnel and resources in a short time frame and delivered 220 tons of recycled concrete,” said Erica Biser, marketing project manager at Chaney Enterprises. “Even our independent haulers donated their truck time to deliver several loads of the material. When we see so many benevolent members of the community come together and rejuvenate a homeless shelter in such a small amount of time; it gives us a true sense of the holiday spirit.”

The Wills Group, along with Hash Construction, helped with construction activities throughout the day. The Wills Group received help from Frank’s Well Drilling who started the drilling process for the well on Dec. 16. On Dec. 28, after drilling 900 feet, the company finally hit water. Rieman said the well will be up and running by the end of December.

Beltway Electric and Leo Bean Plumbing were also able to volunteer their time to take care of electric and plumbing issues at the shelter.

In the meantime, the Smith Chapel United Methodist Church located in La Plata has been helping to provide shelter for the women and children while the shelter is going through this renovation process. Washington said the organization could not afford anymore hotel stays. Pastor George DeFord offered the church’s three bedroom house for their use.

“(Washington) told us in November about their well situation, and since we already participate in Safe Nights with LifeStyles we just said come on and use it for as long as you need to or until you get the situation rectified,” DeFord said. “We welcomed them in and they are able to utilize bedrooms, kitchen, baths and a living room, for a small donation to the church’s ministry. It was a matter of carrying out the ethical mandate of Matthew 25 and we are a vital church. Being vital means we are doing ministry that meets the needs of the people.”