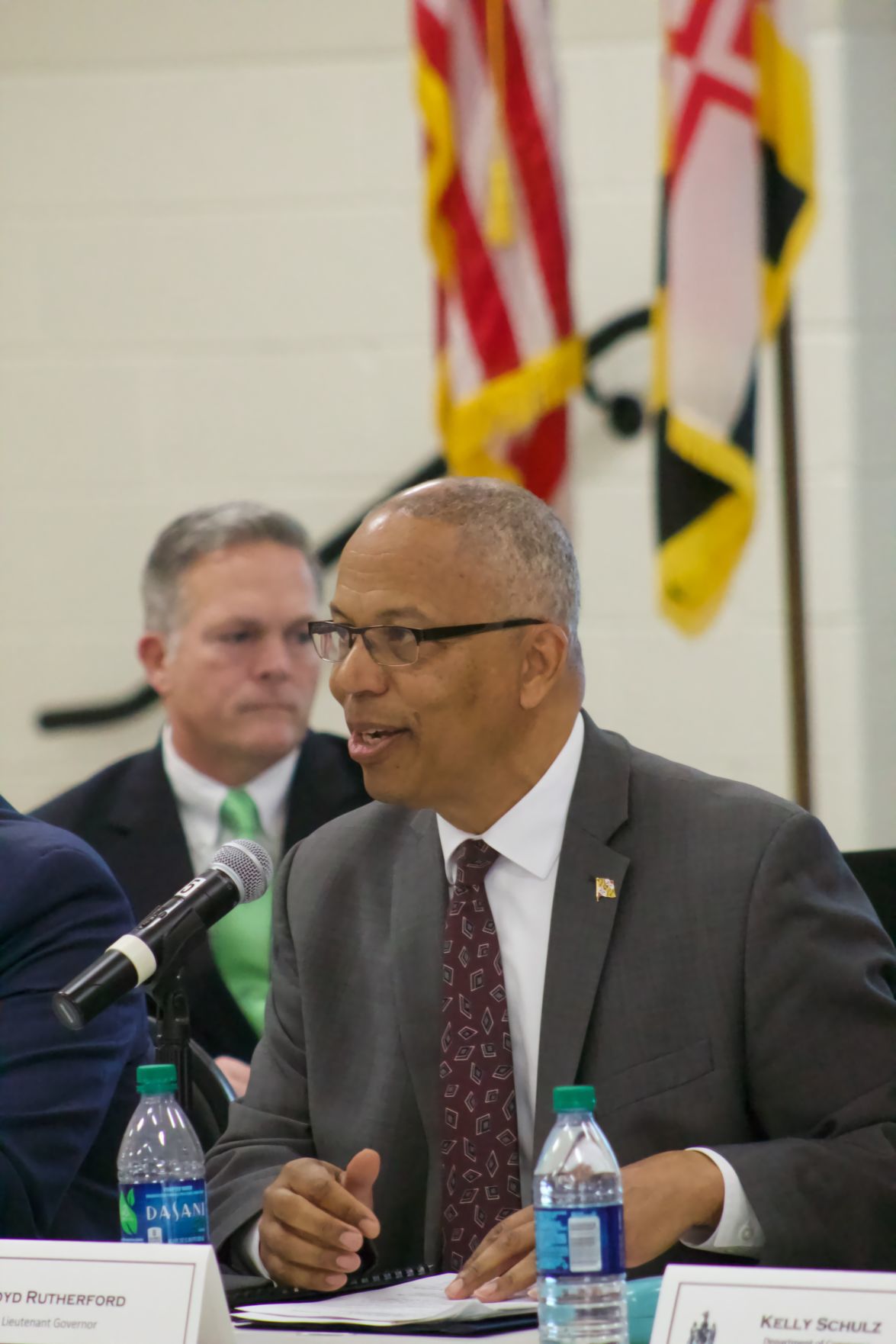 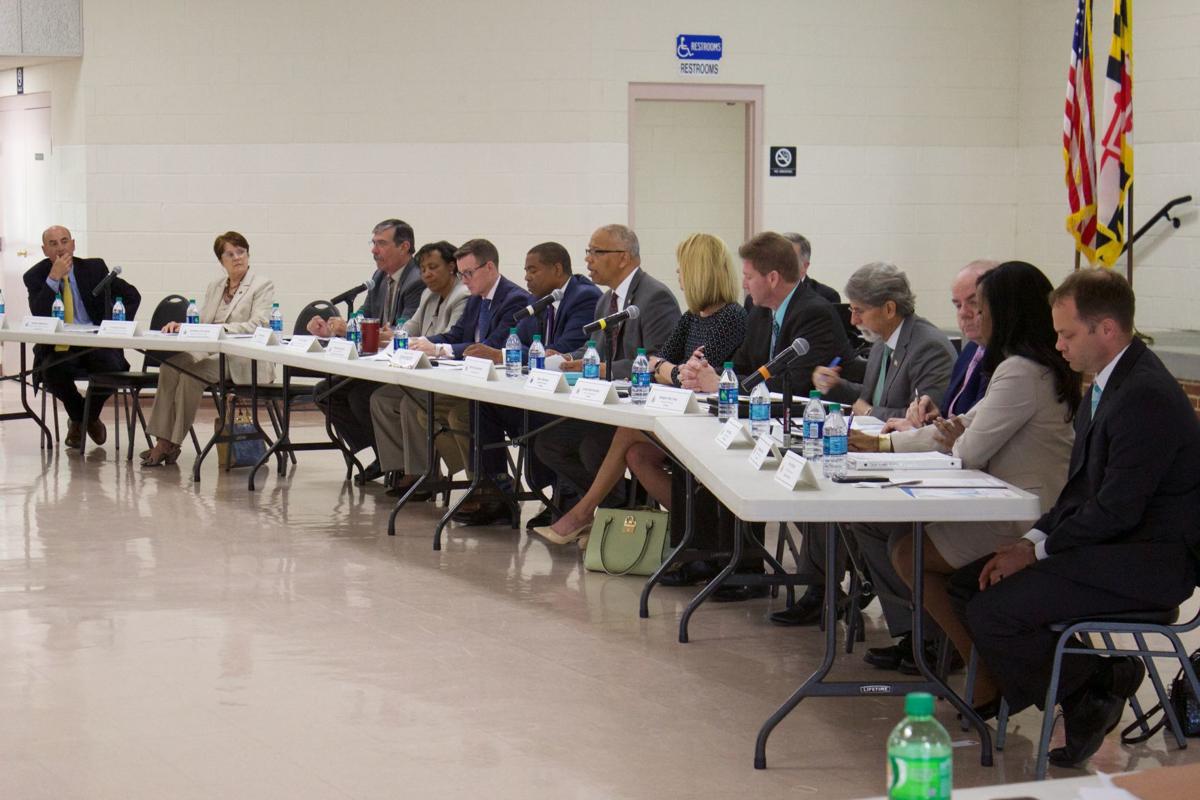 The members of the Maryland Opportunity Zone Leadership Task Force convened at the pavilion in Indian Head Wednesday afternoon as part of a statewide tour to get local input for state policy on spurring economic investment in distressed areas. 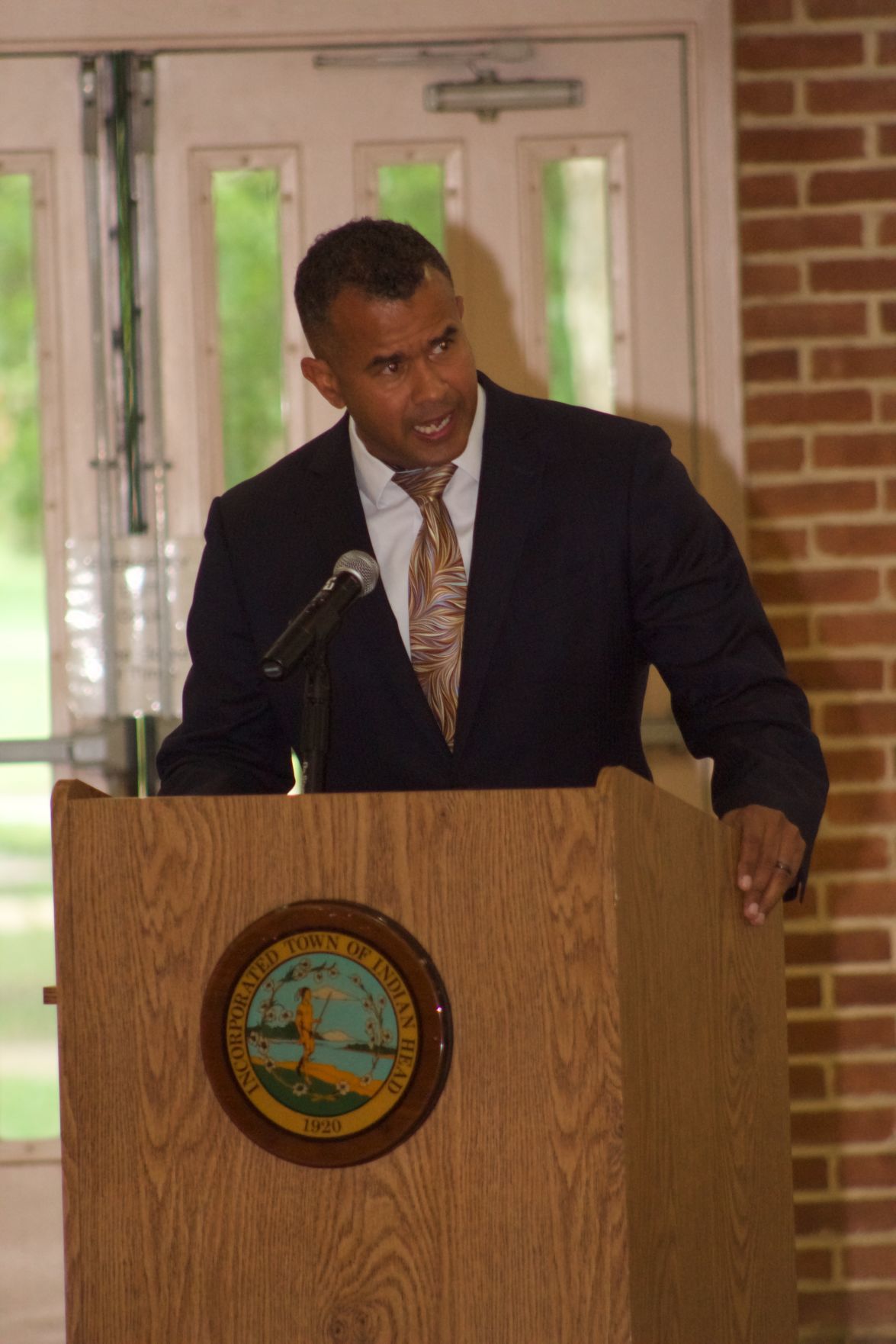 The members of the Maryland Opportunity Zone Leadership Task Force convened at the pavilion in Indian Head Wednesday afternoon as part of a statewide tour to get local input for state policy on spurring economic investment in distressed areas.

Lt. Gov. Boyd Rutherford (R) told Southern Maryland business leaders and elected officials on Wednesday that the state government is working to ensure that investors have a level playing field for investors who are considering Southern Maryland’s economic booster zones, but the state faces regional competition in attracting business investment

“We’re a small state, and depending on traffic you can get to another jurisdiction in an hour or less,” Rutherford said. “Just because there’s an opportunity zone doesn’t mean theres going to be opportunities.”

The opportunity zone concept is a federal program that offers tax incentives to private investors to encourage them to develop in economically distressed areas. The town of Indian Head, the Waldorf Urban Redevelopment Corridor along Old Washington Road in Waldorf and the Waldorf Station development at the intersection of U.S. Route 301 and Mattawoman Beantown Road, were among 149 such zones designated by Gov. Larry Hogan (R) last June.

The opportunity zone program allows investors to defer paying federal taxes on the capital gains they make from selling assets such as stocks, bonds and real estate for up to 10 years, provided that they deposit the money into a specially designated opportunity fund.

Unlike other federal tax credit programs, the amount of money that can be made available through the opportunity fund is not capped.

Rutherford chairs the Maryland Opportunity Zone Leadership Task Force, which includes the secretaries of the state’s housing, commerce, labor, planning, transportation and human services departments, among others. Representatives from the Maryland Association of Counties, the Maryland Municipal League and various economic development organizations also participate on the task force.

Wednesday afternoon’s meeting at the Indian Head Pavilion was the task force’s second regional meeting. The first was in Salisbury on Maryland’s Eastern Shore in March.

The pavilion was filled for the summit, which lasted nearly two hours. Indian Head Mayor Brandon Paulin made the opening remarks before turning it over to Rutherford, who explained that the purpose of the regional meetings was to gather information from local stakeholders to help them craft a statewide opportunity zone plan, which is scheduled for completion later this year.

Rutherford explained that the plan will not mandate uniform policies for each of the state’s opportunity zones because each county will want to develop approaches that suit the local business and investor climate.

“What might be unique in Indian Head and Charles County may be different from Baltimore city,” Rutherford said.

Frank Dickson, the strategic business development director of the Maryland Department of Housing and Community Development, gave a brief demonstration of a new online tool just rolled out by DHCD to help investors find projects across the state using an interactive map.

Dickson said the Maryland Opportunity Zone Information Exchange is designed to be a “virtual meeting place” for investors, business owners and other stakeholders.

DHCD oversees the opportunity zone program in the state, in conjunction with the Maryland Department of Commerce.

Sen. Arthur Ellis (D-Charles) opened the public remarks by asking Rutherford to pledge to make state funds for opportunity zones available statewide, which Rutherford pointed out that they already were.

“We’re not going to sit here and debate that,” Rutherford finally interrupted after several minutes. “That’s not the purpose of this meeting.”

“I know what the issue is, I’ve heard it for the last four years,” he added.

Other elected officials took a conciliatory tone, thanking Rutherford and the Hogan Administration for their efforts to make state funding available through various agencies to help spur the opportunity zone program.

Del. C.T. Wilson (D-Charles) urged Rutherford to involve the governor’s Office of Minority Business in the opportunity zone program and to invest in infrastructure improvements on Route 210 because the road is a “straight shot” from Washington, D.C., to Naval Support Facility Indian Head.

Rutherford explained that minority and women owned businesses seeking to be prime contractors on state projects would be better off registering with the state’s Small Business Reserve Program rather than the Minority Business Enterprise program because the former is for prime contracting companies, and the latter is focused on companies that provide subcontracting.

Existing companies in opportunity zones can receive state investment credit for each new employee position they create and qualify for federal tax credits if they invest in property expansion.

Brian Gamble, the director of finance for the Dunkirk-based defense firm Grey Holdings Group, described Maryland as “probably the best state” for setting up an opportunity zone business.

NSF Indian Head “becomes essentially an anchor institution that attracts businesses that do business with the base, and even further down, going down to [Naval Air Station Patuxent River],” Rutherford said. The town will likely also benefit from its closeness to government agencies and contractors in and around Washington, D.C., he added.

The task force will be convening its next regional summit in Baltimore in mid-May.