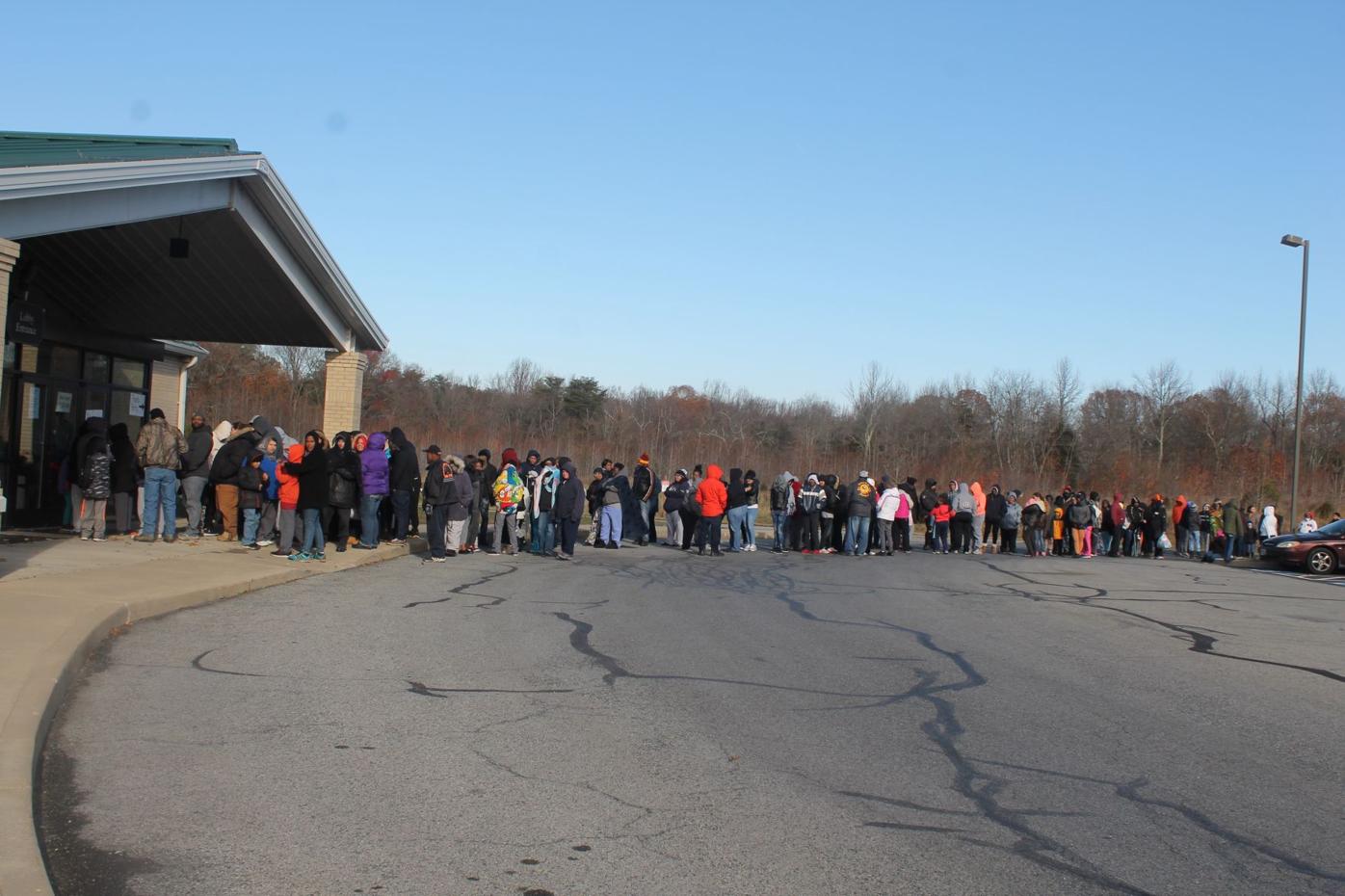 Hundreds of individuals lined up outside South Potomac Church Saturday morning for the church’s annual “Christmas Shop” to help families in need. 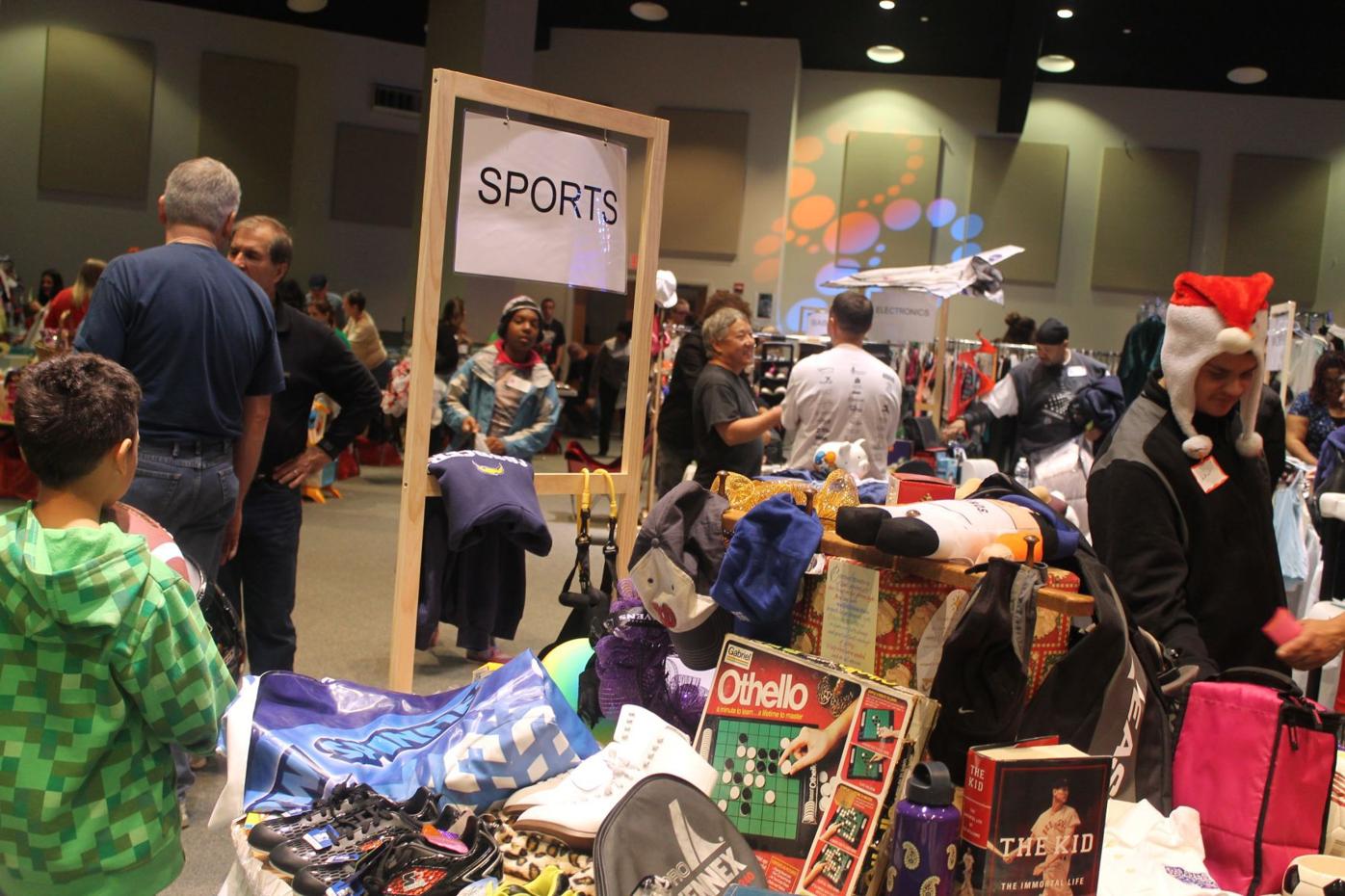 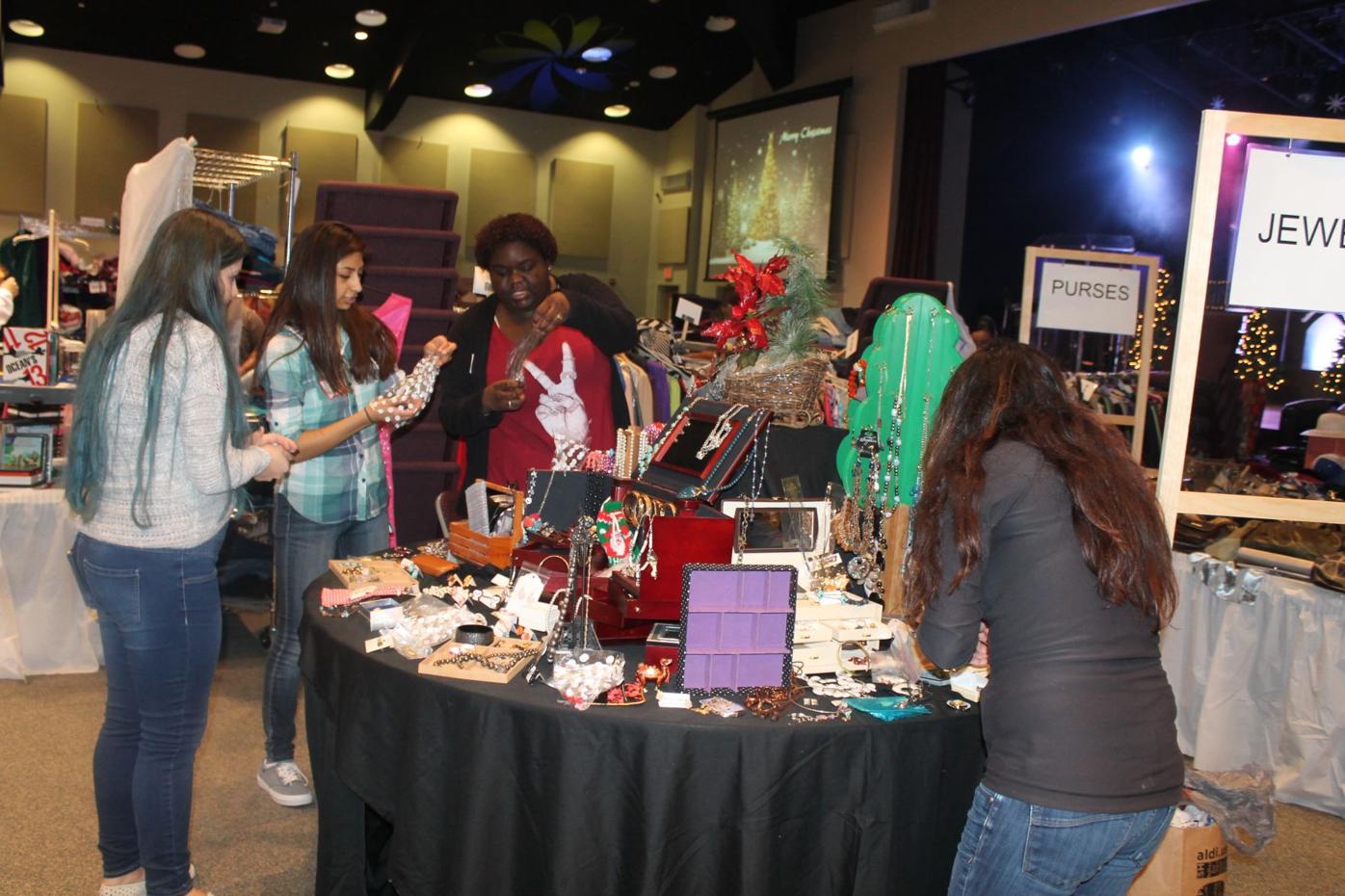 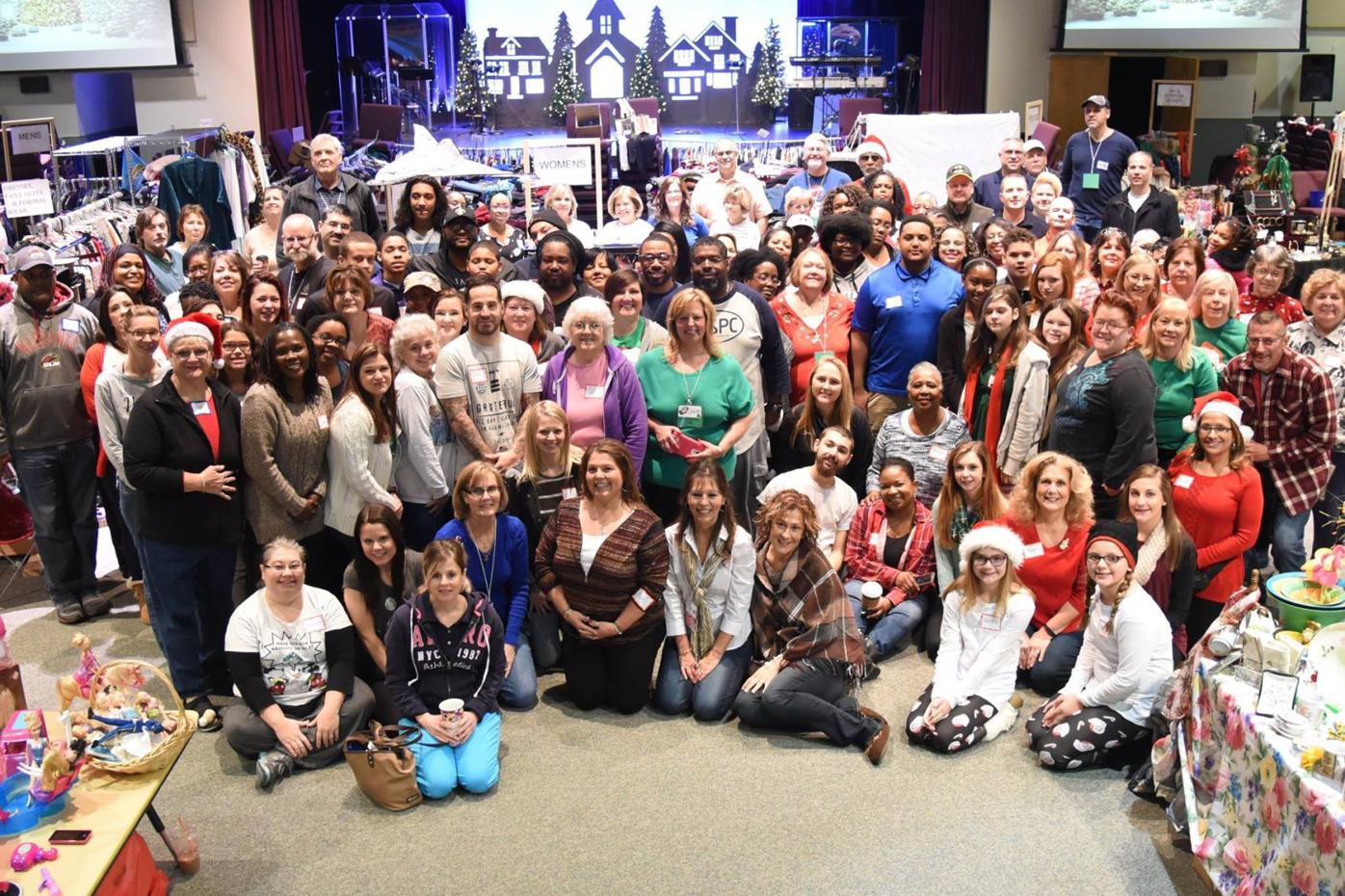 Hundreds of individuals lined up outside South Potomac Church Saturday morning for the church’s annual “Christmas Shop” to help families in need.

For a brief time, the sanctuary at South Potomac Church in White Plains was transformed into a shopping mall complete with toys, jewelry, bicycles, clothing and more — all absolutely free.

Event organizer Cindy Barnes said 525 individuals lined up to enter before the doors opened at 9 a.m. Saturday — some as early as 6 p.m. the day before.

The “Christmas Shop” is an annual event at South Potomac Church designed to give back to the community, Barnes said.

Barnes and her sisters Sandra Copeland and Toni Etter took over the event nine years ago, after it was in danger of dying out due to lack of organizers.

Since then, the annual shop has grown. Shoppers are admitted in groups of 60 to shop on the floor. Each is given a number of “Angel Dollars” based on the number of family members they are shopping for and 20 minutes to shop, Barnes said.

“Each adult gets 10, each child three and each teen five. If a mom comes in and she’s shopping but she doesn’t have her kids, she just tells them how many she’s shopping for,” Barnes said.

Between shoppers, volunteers restock the tables with additional items in boxes.

Invitations were given out through local nonprofit agencies, but news of the event also spread by social media.

“Word just has a way of getting out,” Barnes said.

She said no proof of income is required; everyone is taken at their word that they have a need.

“A lot of people don’t expect that,” Barnes said. “It’s hard for them to grasp that they don’t need to bring their life’s history, that if you say you have a need, it’s all on the honor system.”

Barnes said that this year, she has been getting a lot of calls from individuals in need who are fighting cancer.

“Maybe they have a husband who works, makes just a little too much to qualify for assistance, but yet not enough to purchase presents. One lady who called me has nine grandchildren, and she was just diagnosed with cancer,” Barnes said.

Barnes said 137 volunteers worked for a week setting up the Christmas shop, and approximately 150 volunteers assisted with sign-ins, restocking and shopping assistance.

Leftover clothes will be donated to Hooks and Hangers, a thrift store in La Plata, Barnes said.

A number of organizations helped make the event possible. Barnes said J&J Portables donated the use of portable toilets for those waiting hours in line. Bike Doctor in Waldorf also donated 27 refurbished bicycles, obtained through its trade-in program.

“We have this trade-in program, where if they bring it back within three years they get a percentage of the sale back, based on the condition of the bike,” said Bike Doctor co-owner Theresa Richardson. “We refurbish the bike … and those are the ones that we donate.”

This is the second year Bike Doctor has donated bicycles to the event.

“I think a lot of the kids who bring the bikes in are excited to know someone else is going to use them after they’ve grown out of it,” Richardson said.

Barnes said the feedback from the event was very positive.

“For some reason, this year, it seemed everyone who came through the line or out the exit door was extra grateful this year,” Barnes said. “People were exceptionally grateful, even to the point of tears at times.”

Barnes said she is humbled to be able to put this event on every year.

“We’re the ones who really get blessed,” Barnes said, speaking of herself and fellow volunteers.