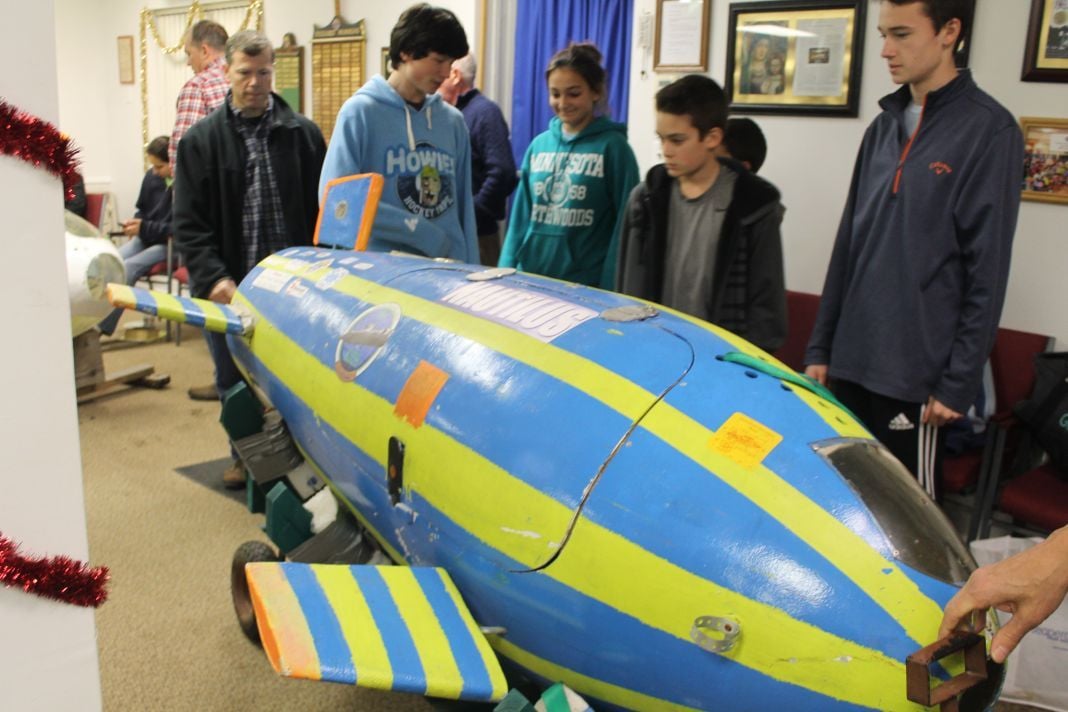 Participants in Kids Into Discovering Science bring in the Nautilus, the group’s submarine from this year’s competition. The Nautilus will be undergoing a rebuild for the 2017 competition. 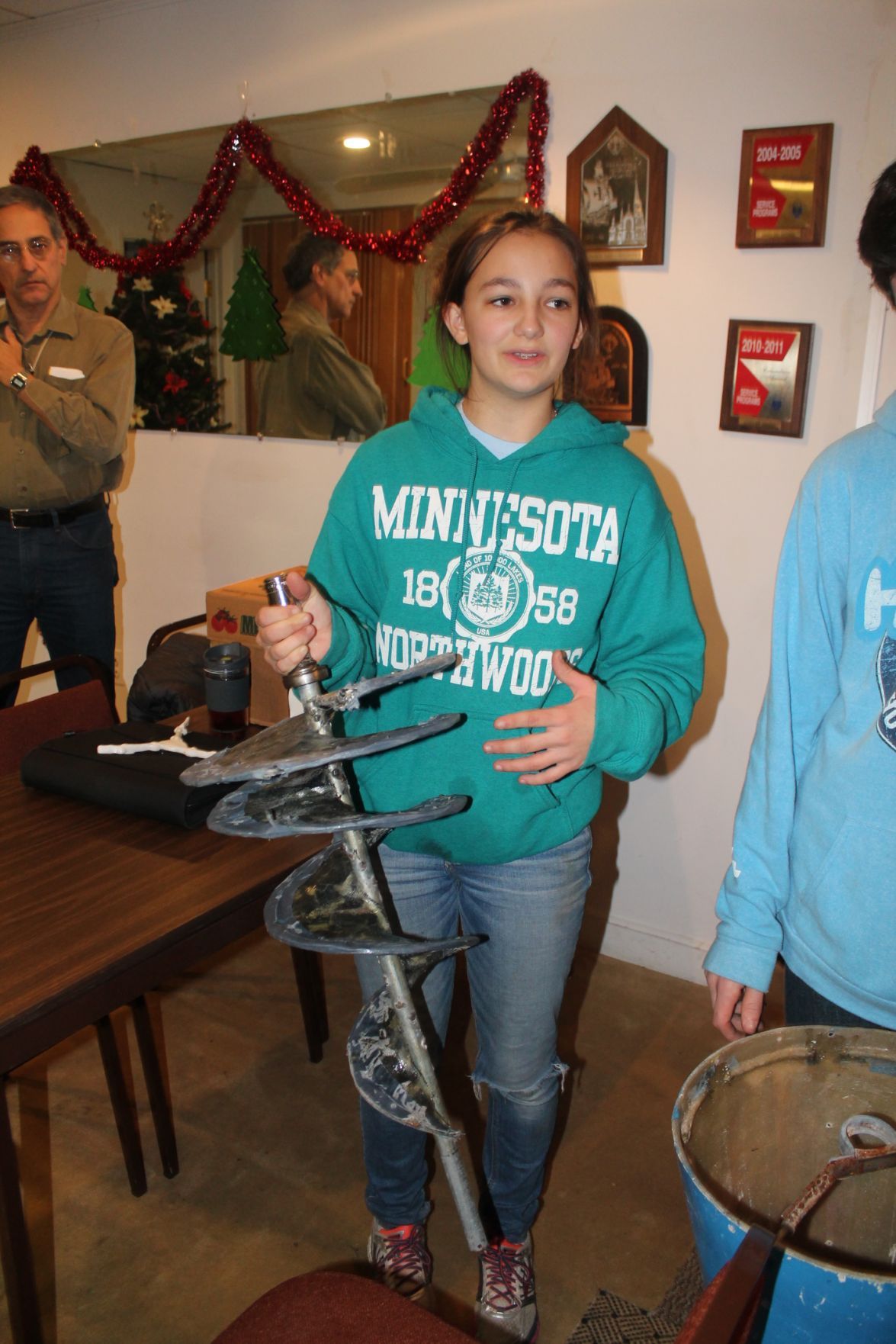 Abby Gerstman holds a Fibonacci screw, part of the propulsion system used in the Nautilus, the one-man submarine used in competition earlier this year. 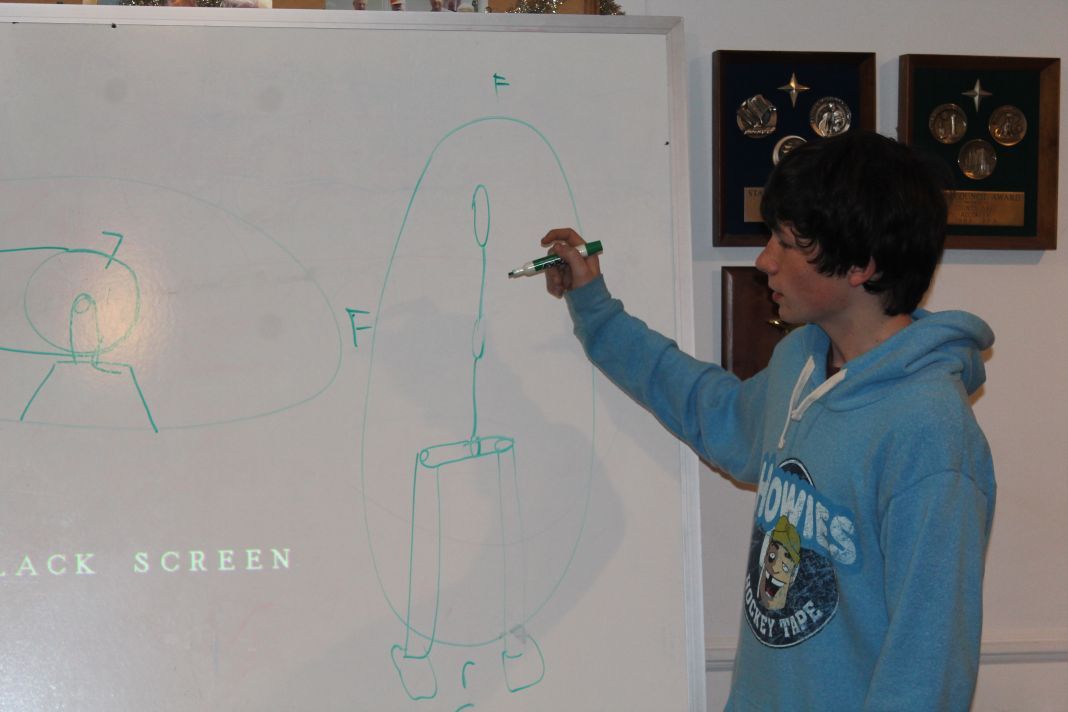 Garrett Hayes of Waldorf, a North Point High School student, sketches some of his design proposals for the drive shaft of the two-man submarine.

Participants in Kids Into Discovering Science bring in the Nautilus, the group’s submarine from this year’s competition. The Nautilus will be undergoing a rebuild for the 2017 competition.

Abby Gerstman holds a Fibonacci screw, part of the propulsion system used in the Nautilus, the one-man submarine used in competition earlier this year.

Garrett Hayes of Waldorf, a North Point High School student, sketches some of his design proposals for the drive shaft of the two-man submarine.

A group of Charles County and Prince George’s County teens and tweens are learning design and engineering skills as they seek to build and rebuild one- and two-man racing submarines for a biennial competition.

Kids Into Discovering Science, an Accokeek-based nonprofit group, is working to build and rebuild two submarines for competition in the 14th International Submarine Races, which will take place in June 2017 at the Naval Surface Warfare Center in Caderock.

Every other year, the International Submarine Race is an international engineering design competition that brings together competitors from across the United States and other countries to race one- or two-person powered submarines designed and built by students.

The “wet” submarines, piloted by students in SCUBA gear, race along a 100-meter course in the Caderock model basin, according to information from the International Submarine Race website.

KIDS began with four families who built a submarine for the 2013 competition.

“It was such a wonderful experience. We talked about it to all our friends, and a lot of these kids know one another through the swim team or through the Knights of Columbus, and so word got out and more families joined,” said Paola Carts of Accokeek, one of the parents. “So we formed a nonprofit.”

The group competed in this year’s race, as one of only three high school-aged groups; most of the other teams were comprised of college students, said Garrett Hayes of Waldorf, a student in North Point High School’s engineering program.

The group won the Spirit of the Races Award for its willingness to share tools with other teams, Garrett said.

The team also won honorable mention for the Innovation Award for its propulsion system, according to the International Submarine Races website.

The group also has younger participants, who are working together to compete in the Junior FIRST Lego League Challenge competition, and who will later move up to the submarine competition.

“Many of the older students participating in the submarine build have younger siblings, and we wanted to have a way to introduce STEM [science, technology, engineering and mathematics] programming to the younger ones,” said Catrina Tober, who advises the younger group.

Some of the students in KIDS are working on modifications to the Nautilus, a one-person submarine which was the group’s submarine used in competition earlier this year.

“They’re editing the old sub, where they’re looking at some of the problems we had, looking at all the systems, and seeing if there are changes that can be made for the 2017 competition,” said Liam Vincent, 12, a homeschooled student from Accokeek.

Ella Gerstman, 12, of Waldorf, said she’s learned a lot about science from her experience with the group.

The older students in KIDS are working from scratch to build a completely new, two-person submarine.

“Myself and seven others, we’re looking to build a brand new sub for two people, with a propeller,” Liam said.

“Each person is responsible for a different system on the sub,” Abby Gerstman said. “We’re going to try some things we haven’t tried before.”

“We’ve each come up with at least three or four different designs of what we want to do,” Garrett added.

While they may have a year and a half to the competition, a lot of time and planning go into building a submarine, Abby said.

“We have a very detailed timeline that has all of the goals that we need to meet,” she said. “By August, we need to have all our pilots SCUBA certified, and by that point we should be in full-stage production.”

Garrett said one of the most rewarding aspects of working on submarines has been the teamwork involved.

Abby said she liked the design phase the best.

“I like playing around with the different designs. I think it’s a lot of fun to see something that you designed being built and being used,” she said.

“When you actually see the kids making it all come together, it’s pretty amazing,” Hayes said.