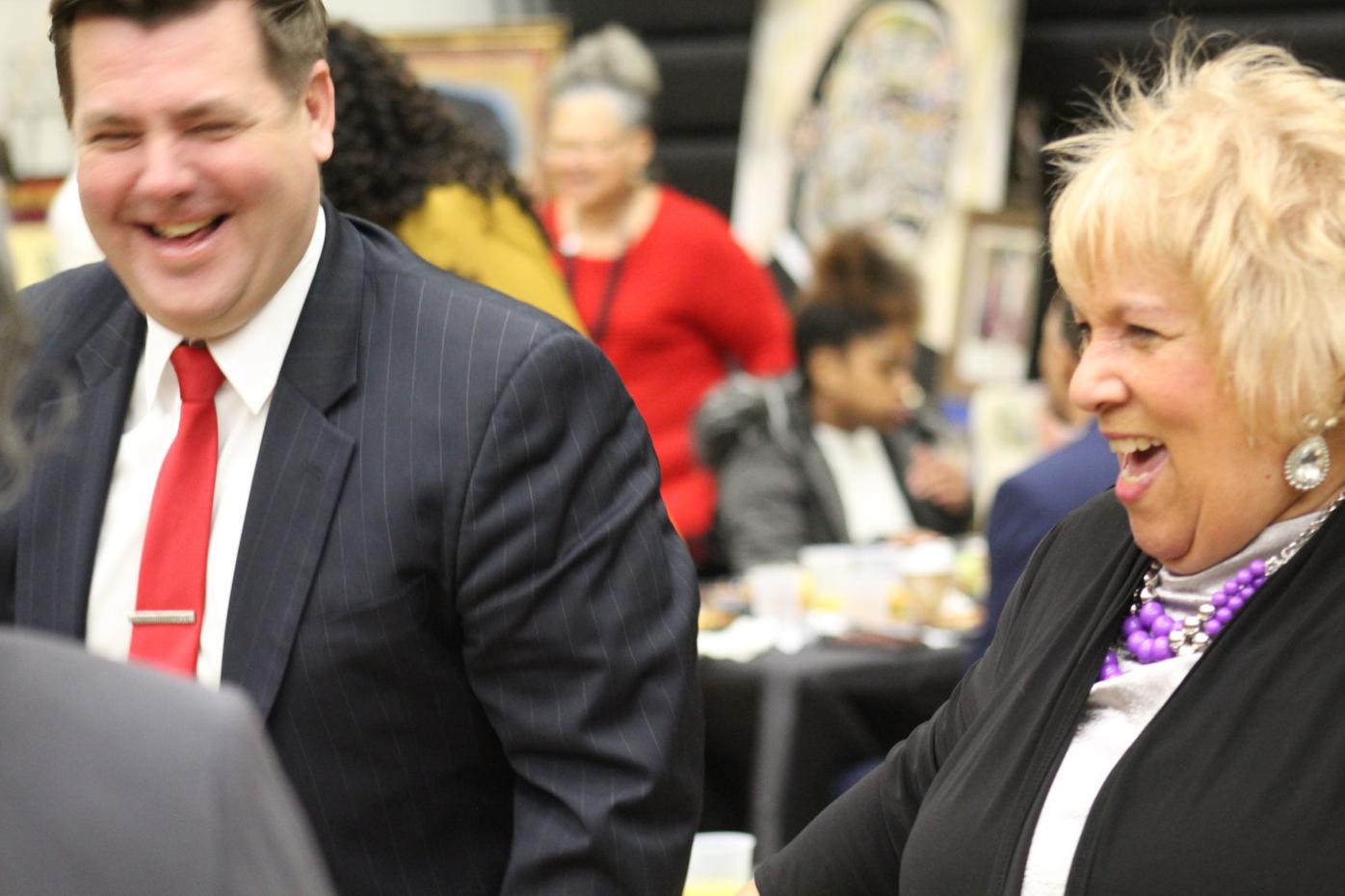 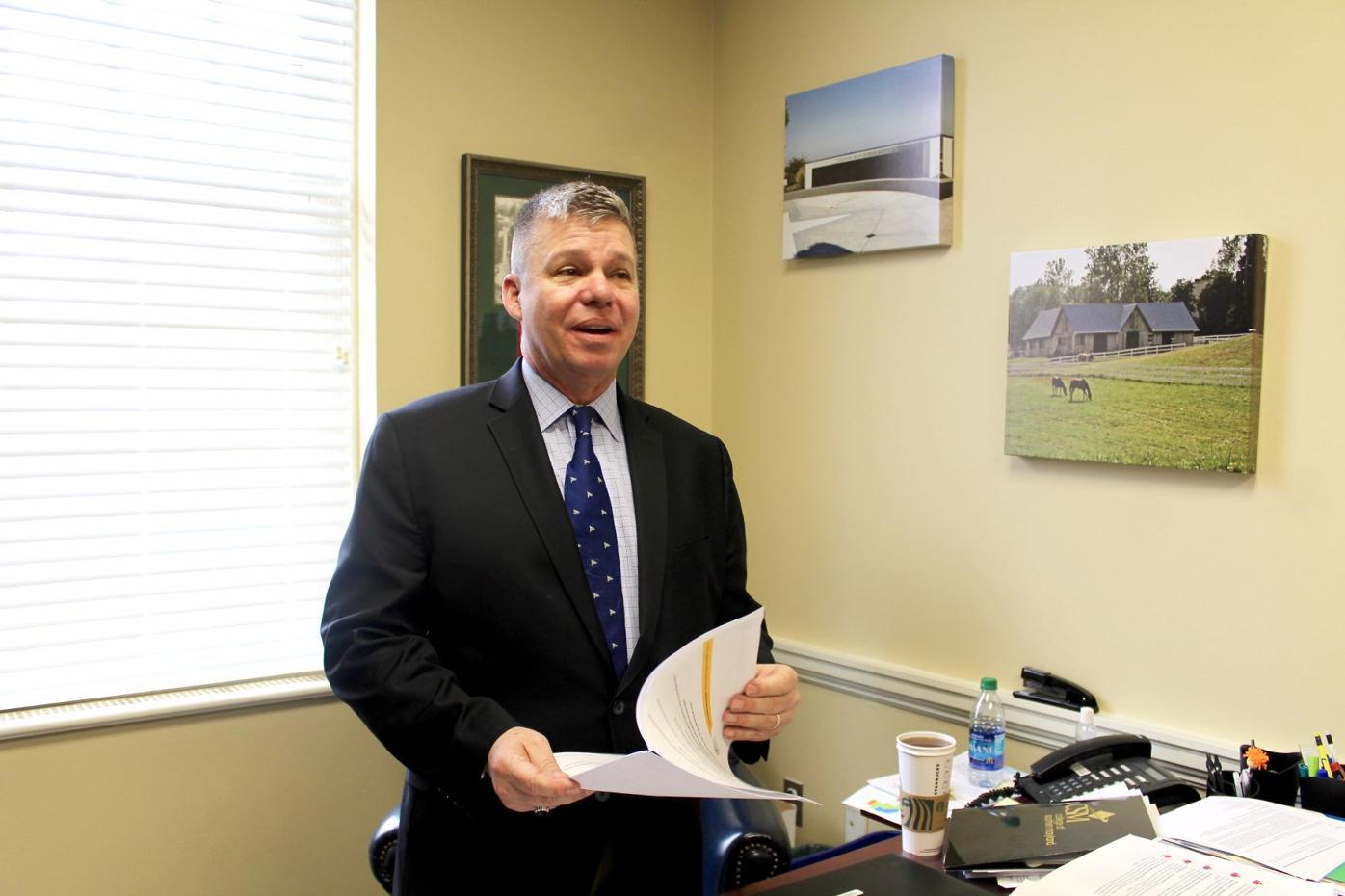 Del. Mark Fisher (R-Calvert) gives an update on Calvert County legislative priorities from his office in March during the 2019 legislative session. He got into a disagreement last week with Charles Commissioner Gilbert “BJ” Bowling III (D) at a meeting over transportation priorities, specifically the Gov. Thomas Johnson Memorial Bridge.

Del. Mark Fisher (R-Calvert) gives an update on Calvert County legislative priorities from his office in March during the 2019 legislative session. He got into a disagreement last week with Charles Commissioner Gilbert “BJ” Bowling III (D) at a meeting over transportation priorities, specifically the Gov. Thomas Johnson Memorial Bridge.

The action took place during a virtual meeting on June 25. The issue involved the Gov. Thomas Johnson Memorial Bridge not being included as a funding priority in the letter. The bridge spans the Patuxent River between Calvert and St. Mary’s counties.

Earlier in the evening, the council’s executive board also did not come to agreement on the letter and voted to postpone its approval.

The executive board had “a very vibrant discussion,” Bowling said, adding that he voted to move forward with the letter but was in the minority. Bowling said delaying the letter might result in some complications.

What followed could be called more than a vibrant discussion, however.

At-large council member Helen Wernecke said that, while the bridge was mentioned in the second paragraph of the letter, “it was an ‘oh, by the way,’ kind of comment. It should be more prevalent,” she said. “We need the Thomas Johnson Bridge to be a priority.”

State Del. Debra Davis (D-Charles) motioned that the council approve the letter, which Bowling seconded. When someone questioned whether the chair could second a motion, Bowling said he could, according to Robert’s Rules of Order, but withdrew when Del. Edith J. Patterson (D-Charles) said she would second it.

Bowling said that if the council approved the letter with “smart rail” rapid transit as the top priority, any language about the bridge could be added later in an emergency meeting.

“That is such a silly thing to say as a Southern Marylander, given the history of the bridge,” Fisher said. Noting that he used to live in Charles County, Fisher said, “I know that you know it’s inappropriate.”

“These items have been on the table a long time,” Bowling said. “It’s important for Charles County to move forward.”

State Del. Matt Morgan (R-St. Mary’s) said the letter “takes the number one priority since 2002 and basically shoves it in the corner.” He called the goings-on “foolhardy at this point,” to which Bowling called for a point of order.

Morgan said he wasn’t sure that rapid transit was the No. 1 priority of Southern Maryland, then Bowling called for a vote.

John Hartline, the council’s executive director, noted that a quorum was 11 votes.

Eighteen members were not present and did not vote.

Hutchins then suggested the council request that the three county commissions reconfirm their positions. That was agreed to on a voice vote. Bowling said the commissioners should get their responses back to the council by Tuesday, June 30, with the council meeting virtually again on Thursday, July 2.

Hutchins added, “Whoever is available is there. If not, they missed the vote.”

The impasse follows the Calvert commissioners’ decision to remove the bridge as the top priority from their transportation funding list on March 3. The commissioners put Route 231 improvements at the top, followed by widening Route 2/4 in Prince Frederick and then the bridge.

The council’s proposed letter mentioned the bridge, but it wasn’t in the funding request list specifically. In addition to rapid transit, other projects mentioned included Route 2/4 widening, a regional transportation hub at the College of Southern Maryland in Hughesville, the U.S. 301 corridor and regional transportation support (commuter bus services), according to Weems.

“When you can’t meet face to face, it’s hard to synchronize our message,” he said after the meeting, adding that state highway revenue funds are going to be cut because of the impact of COVID-19 on the economy. “We may have a paradigm shift in transportation due to the pandemic.”

He also noted that the state has a new transportation secretary, Greg Slater.

At the beginning of the June 25 virtual meeting, U.S. Sen. Chris Van Hollen (D-Md.) reminded the council that a provision that would fund the bridge was included in a transportation authorization bill through a new bridge grant program. The bill passed the Senate Environment and Public Works Committee unanimously, “but has a very long way to travel before it becomes law and is fully funded.”