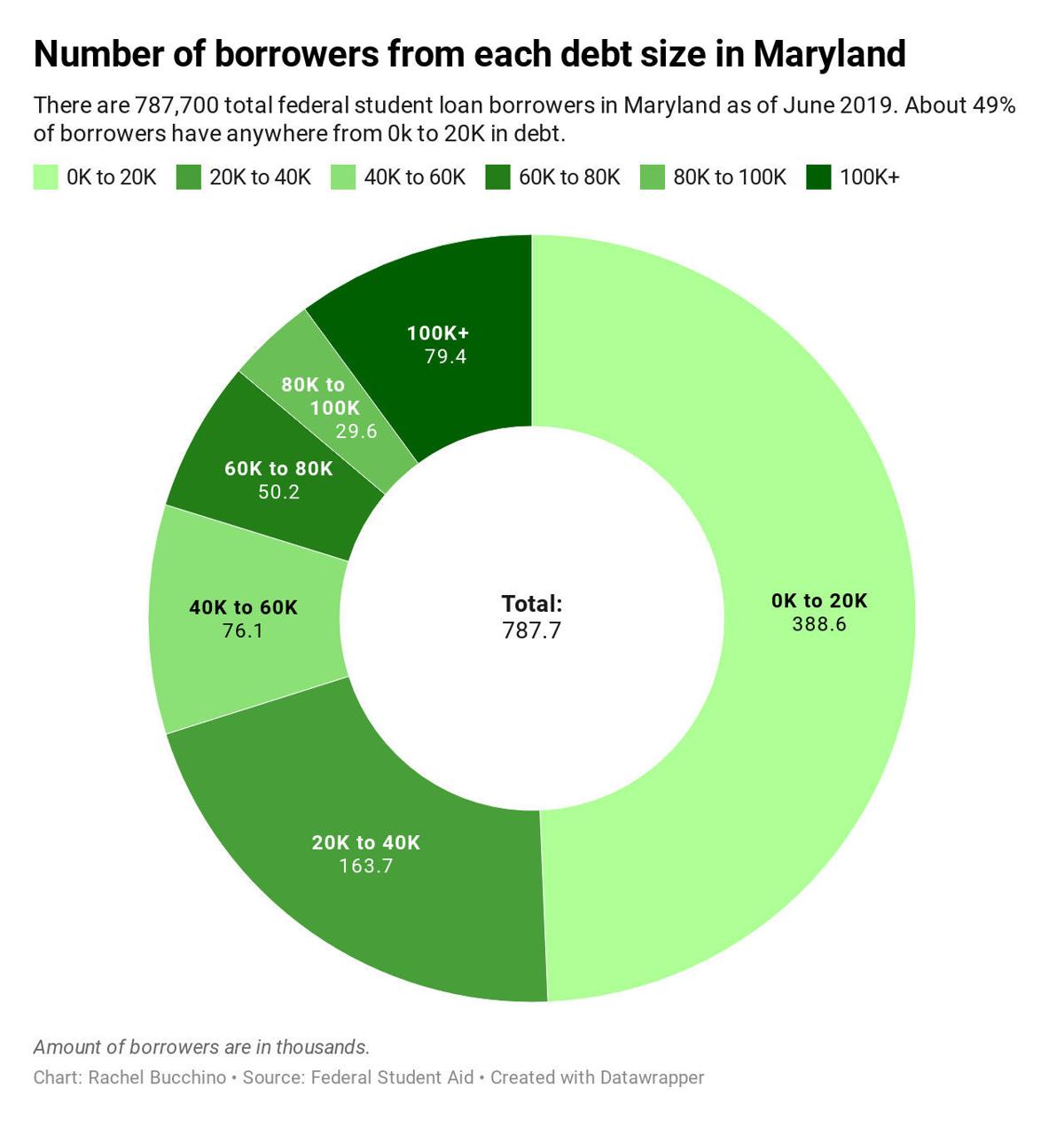 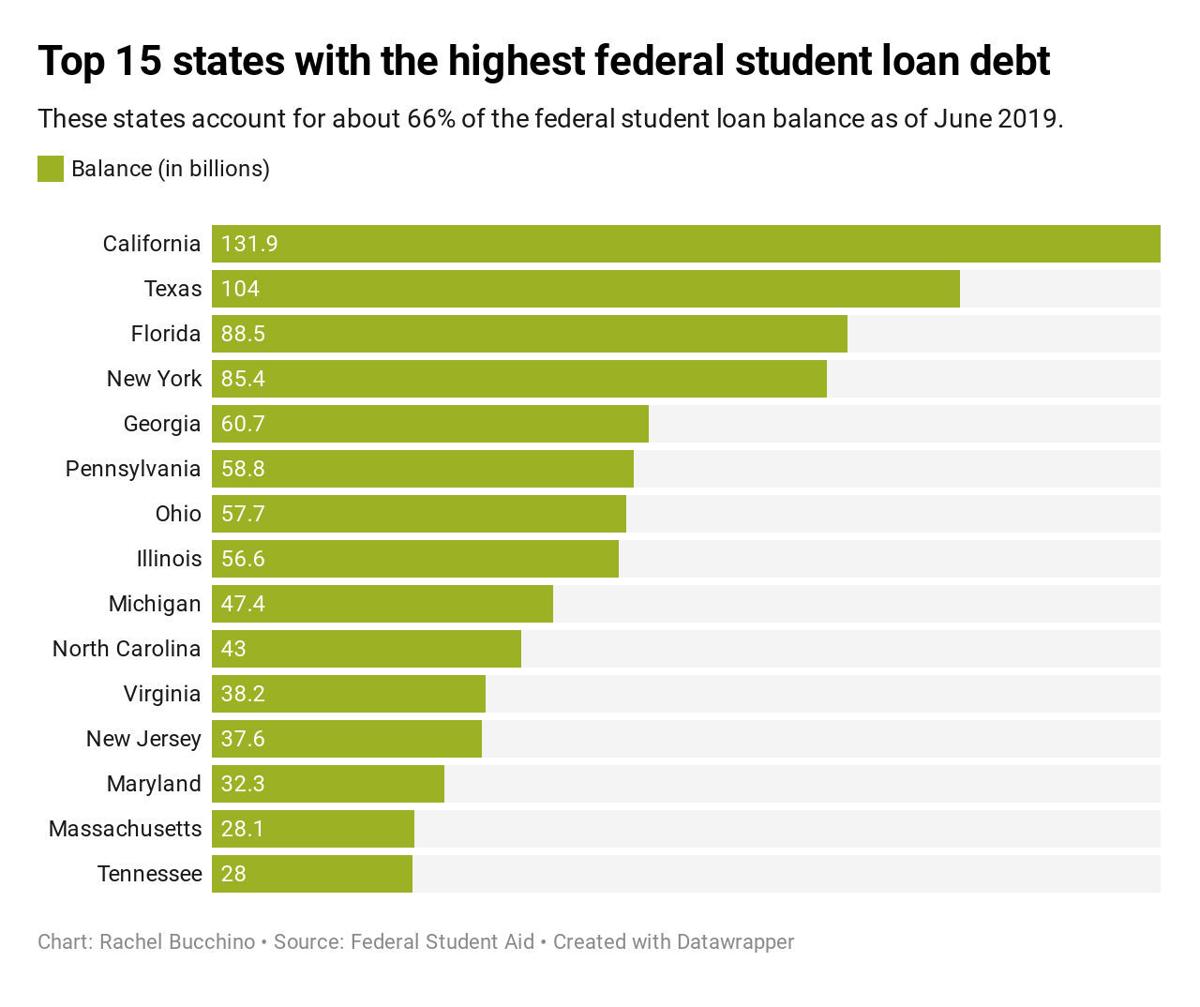 Student loan debt reached an all-time high of $1.48 trillion as of June 2019, and is expected to increase, according to the Federal Reserve Bank of New York.

Roughly 81% of this debt is composed of federal direct loans, as reported by Federal Student Aid, an office of the U.S. Department of Education.

“The latest student loan debt statistics for 2019 show how serious the student loan debt crisis has become for borrowers across all demographics and age groups,” Zack Friedman, entrepreneur and bestselling author of “The Lemonade Life,” wrote in an article published by Forbes.

Some students, however, feel that there is a general lack of knowledge about the impact that student loans can have on post-graduation life.

“Thankfully, I had the guidance of my mother, who calculated what my loans would be for each of the schools I [was] accepted to. She made the facts about student loans incredibly clear — facts I previously turned a blind eye to, thinking that finances and scholarships would just work out,” Nichola Merkel, a senior at the University of Maryland, College Park, said. “Without her, I probably would have ended up at an out-of-state school, ignorant to the debt that awaited upon my graduation.”

Merkel, along with other students at UMD, agreed that without the guidance from parents or older siblings they, too, would turn a “blind eye” to the debt acquired from taking out a loan.

“I was fortunate enough to have an older brother who went through the entire student loan process so my family was able to assist me with what sorts of loans would have the lowest interest and would be easiest to take out and pay off,” Kathryn Ozeroff, a junior at UMD, said.

With or without family guidance, the balance of federal student loan debt is still high in comparison to previous years.

The balance of all federal loans in the United States (including Puerto Rico) is $1.36 trillion as of June 2019, reported in the Federal Student Loan Portfolio published by FSA. California, Texas, Florida, New York, Georgia, Pennsylvania, Ohio, Illinois, Michigan, North Carolina, Virginia, New Jersey, Maryland, Massachusetts and Tennessee are the top 15 states with the highest federal loan balance. These states alone comprise 66% of the total balance.

Colleges within each state offer different federal loan packages for their students.

In Maryland, Johns Hopkins University has the highest reported tuition and fees but has the lowest average federal loan amount per undergraduate student from 2017 to 2018 at $5,035. Washington College on the Eastern Shore is next with an average amount of $6,206, according to the National Center for Education Statistics.

“I didn’t do any research prior to applying for a loan. I had a lot of support from my parents and they helped me through the process,” Molly Briguglio, a senior at Maryland, said. “Even now, I am still very unaware of what the entire federal loan process entails. When applying to these loans, I went in with a very indifferent attitude because it is so common these days to have loans, and nearly every college student I talk to has some form of a federal loan.”

NCES reported that UMD gave an average amount of $6,395 to each of its undergraduate students from 2017 to 2018. Strayer University has one of the lowest tuition rates in Maryland but has the highest average federal loan amount at $11,238.

Briguglio and Ozeroff, along with about 787,700 borrowers in Maryland, have at least some form of federal student loan debt.

“I try to look on the bright side of things and figure, if I’m having to take out these loans to learn, I should then be more motivated and successful and ideally have a job that enables me to pay off my loans quickly,” Ozeroff said. “When I think about it that way, it acts as more of a motivator than weight.”

Despite having debt, students from UMD say that they hope to get a well-paying entry level position to be able to start making monthly loan payments.

“I am constantly thinking about getting a job in order to start saving up money for when I graduate,” Briguglio said.