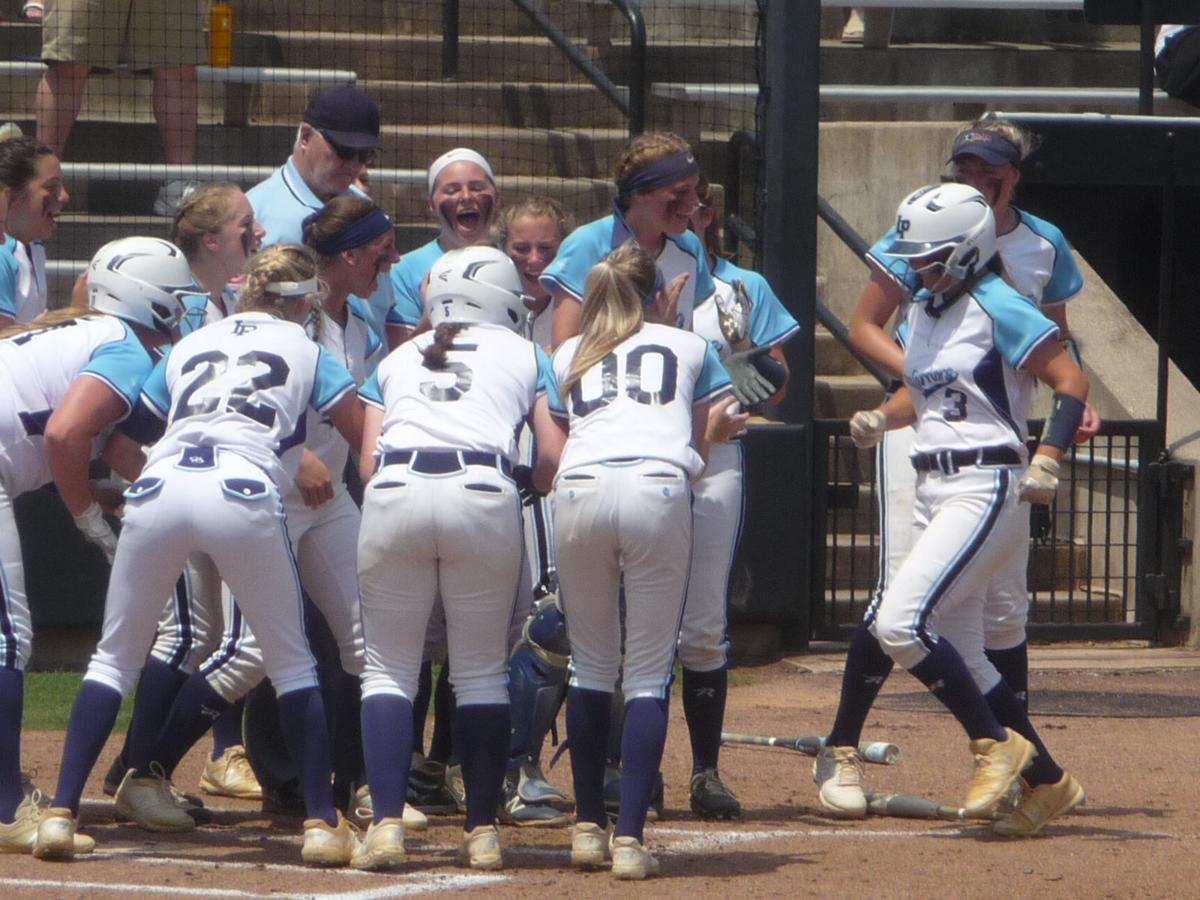 Ryanne Saluter, greeted at home plate by her La Plata softball teammates during last spring’s Class 2A state championship game, is headed to Ave Maria University in Florida for softball and to major in business. 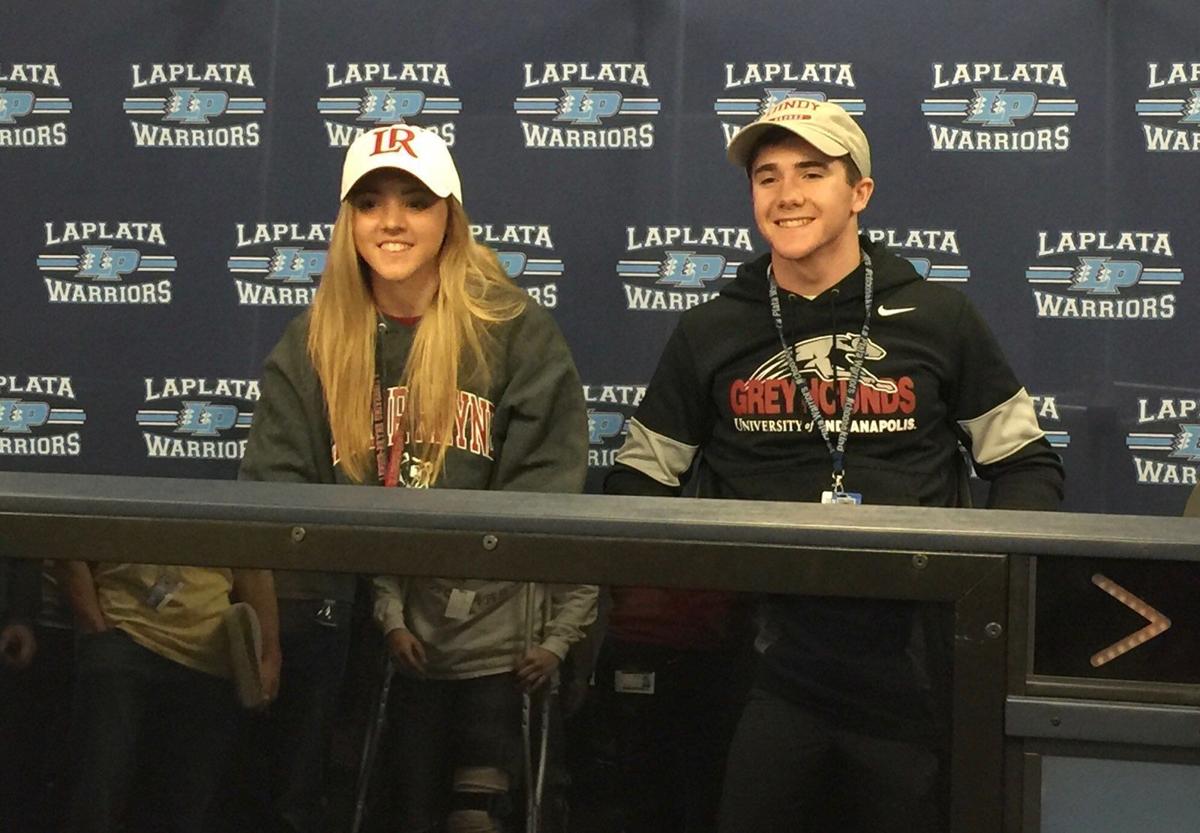 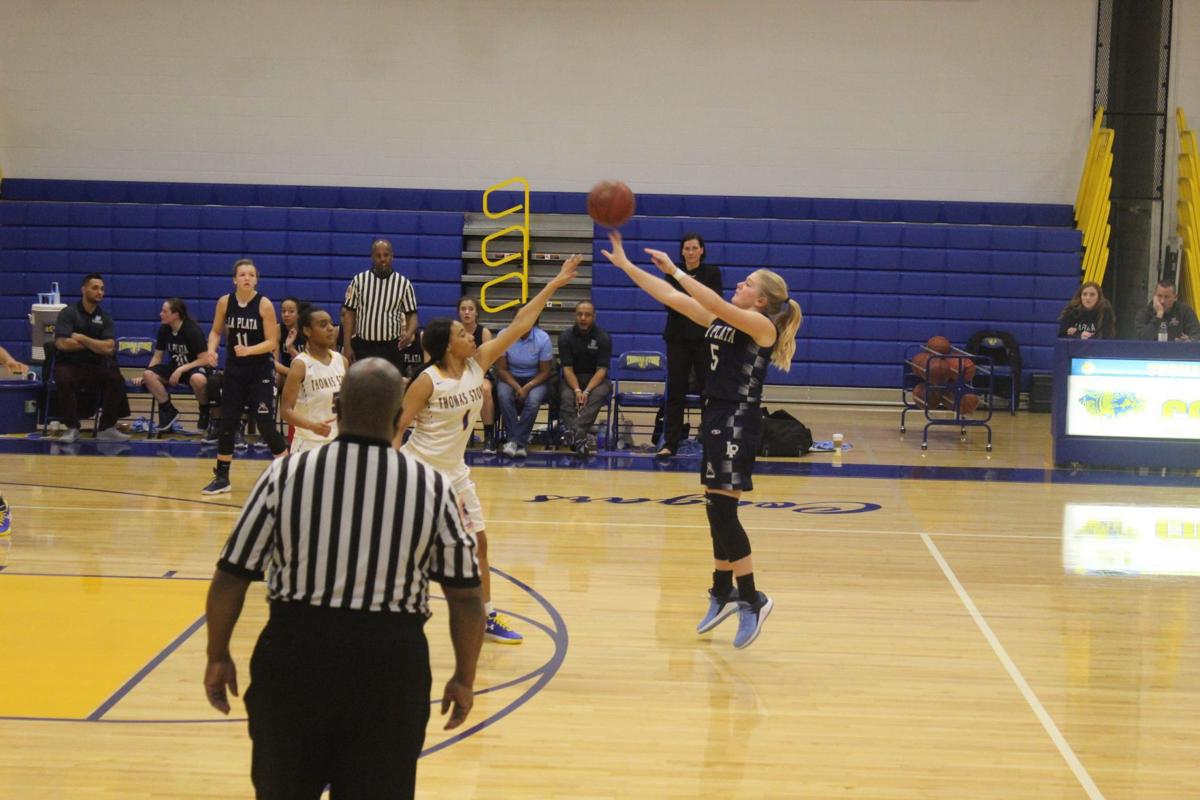 Ryanne Saluter, greeted at home plate by her La Plata softball teammates during last spring’s Class 2A state championship game, is headed to Ave Maria University in Florida for softball and to major in business.

While the upcoming high school spring season was still in limbo at mid-week, a quartet of La Plata High School seniors have secured their college plans for the upcoming 2020-21 school year.

Butler, who was the Class 2A-1A state runner-up in the 152-pound wrestling weight class, is headed to NCAA Division II University of Indianapolis to wrestle and major in physical therapy.

Maddox, who has played soccer and lacrosse at La Plata, is headed to NCAA Division II Lenoir-Rhyne University in North Carolina for lacrosse and to major in nursing.

The senior, who was also a member of the Warriors’ swim team the past four years, is eager to continue her playing days at the next level and is anxious about the prospects of having a senior season.

“One thing I liked the most about the school was the campus,” Maddox said. “It just felt like where I belonged for the next four years. I really liked the coaches, too. When I started high school, I had played soccer since I was young but I had never played lacrosse before. I just fell in love with the sport. I’m hoping that we have a senior season.”

Saluter, who spent her first two seasons at St. Charles before transferring to La Plata for her junior and senior years, is headed to NAIA Ave Maria University in Florida for softball and to major in business.

Like Maddox, Saluter was holding out hope that the Warriors would have a chance to play this spring and seek a third straight 2A state title.

“Ave Maria definitely had everything that I was looking for in a college,” Saluter said. “It’s a beautiful campus and they have softball and for now, business is my major. I really liked the coaches and the campus is ideal. It’s not close to home, but it will give me a chance to focus on school in addition to softball. I just hope we have a chance to get back on the field this spring.”

Shaw was one of the bright spots for the La Plata girls basketball team this winter.

Shaw was one of the better ball handlers and three-point shooters for the Warriors and this fall she will stay fairly close to home while heading to NCAA Division II Frostburg State University to continue her education and basketball career.