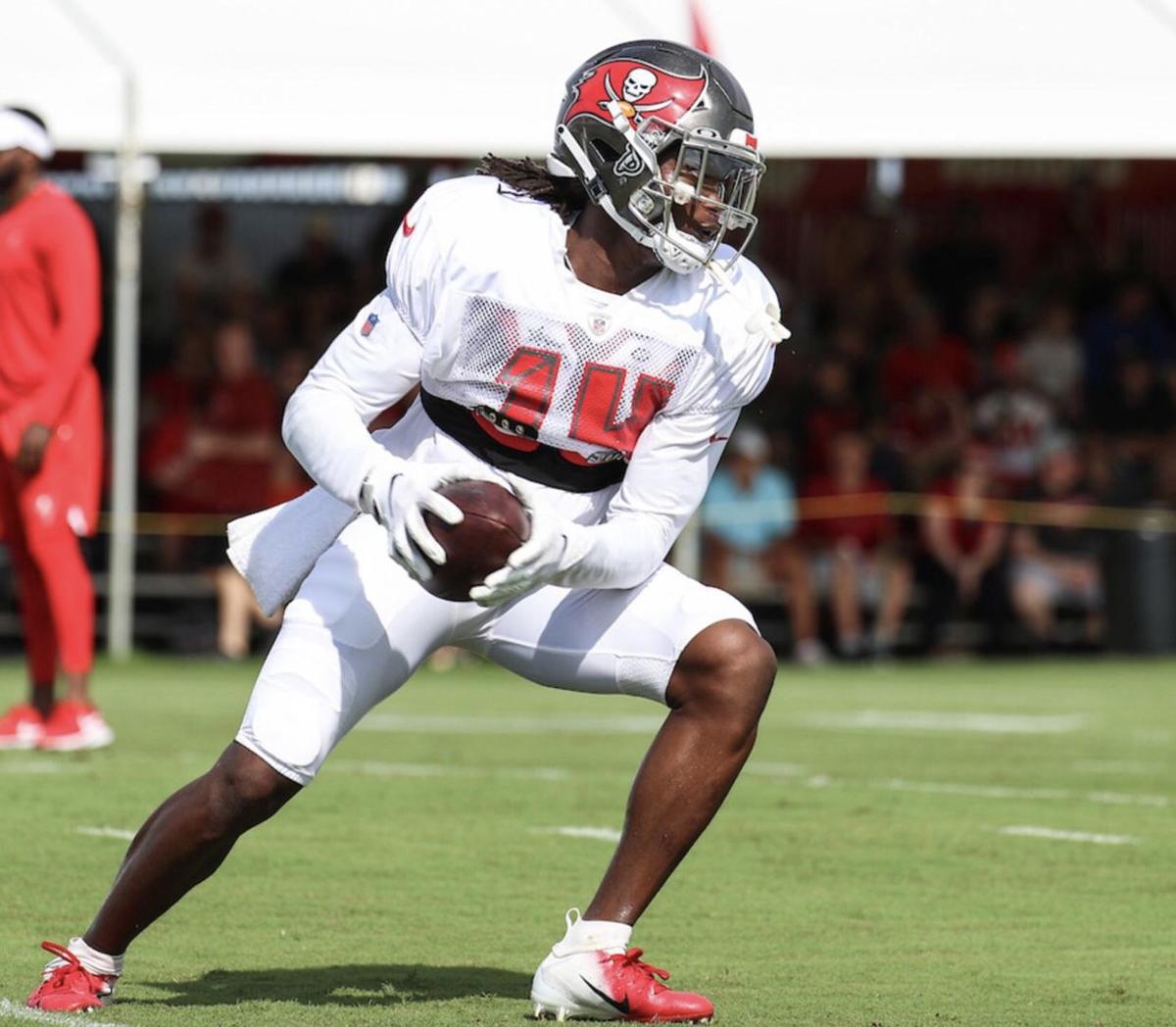 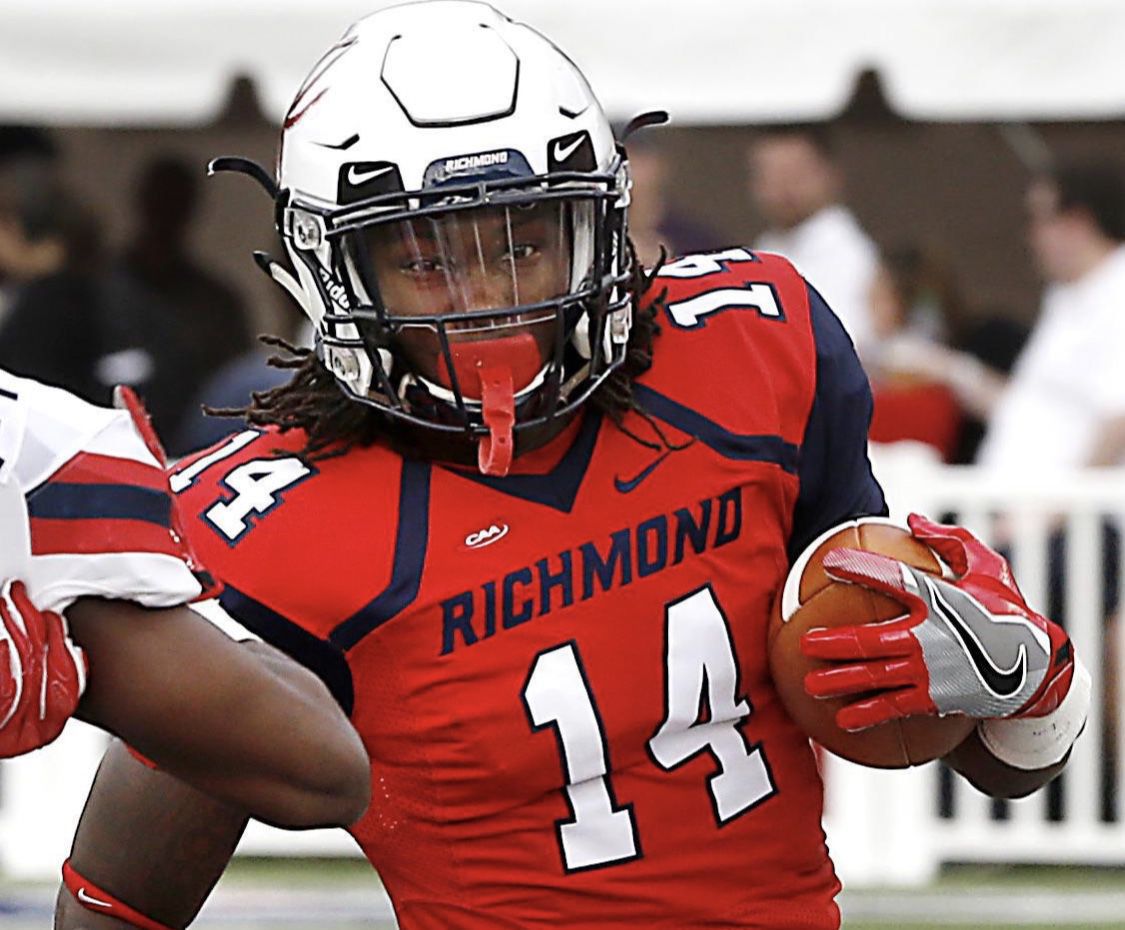 Lackey High School graduate Cortrelle Simpson, who played his final two seasons of college football at the Unversity of Richmond, signed with the Ottawa Redblacks of the Canadian Football League last month.

Lackey High School graduate Cortrelle Simpson, who played his final two seasons of college football at the Unversity of Richmond, signed with the Ottawa Redblacks of the Canadian Football League last month.

During his first two years as a student at Lackey High School, Cortrelle Simpson recalled that he had only himself to blame for not staying academically eligible to play for the Chargers’ football team.

Simpson learned his lessons quickly and well and eventually he would earn a starting spot on the squad and later played two seasons at Temple University before transferring to the University of Richmond for his final two years. He spent last summer with the Tampa Bay Buccaneers, but a preseason injury hampered him from making the final roster.

Nevertheless, Simpson’s goals of playing professional football were renewed last month when he signed a contract with the Ottawa Redblacks of the Canadian Football League. In the months leading up to his inevitable trip north of the border to play in the CFL, Simpson has continued to work out at Lackey amid several familiar faces.

“I’m very excited about being able to play in the CFL,’ Simpson said. “It’s a bigger field and a lot more wide open game than the NFL. I get to work out at Lackey every week and see my old coach, John Lush, and former assistant, Jimari Jones, and work on a number of things and stay busy in the weight room.”

Lush, now the Lackey athletic director who has since handed over the reigns as head football coach over to Jones, who had been a longtime assistant, recalls how Simpson did not take school seriously as a freshman and sophomore. But those missed opportunities forced him to alter his approach to school and enabled him to get on the football field.

“He really didn’t take anything that seriously his first two years here,” Lush said. “He had all the tools and he was very gifted athletically, but he just wasn’t focused on school. But his junior year the light bulb finally went on and he played two years for me and he was very good. He eventually got to play for Temple before finishing at Richmond.”

Simpson played two seasons at Temple, but after a head coaching change he opted for Richmond where he played for the Spiders and earned his degree. Along the way, Simpson continued to spend ample time in the weight room and never lost sight of his academic goals. His brief time with the Buccaneers also served as a motivating tool.

“After the coaching change at Temple, it just seemed like the culture there wasn’t the same,” Simpson said. “I transferred to Richmond and really enjoyed playing there and the school. Those days with the Buccaneers showed me how close I was to having a career in the NFL. I still hope to get back there, but this season in the CFL is going to be another step for me.”

Lush said that he would frequently work out early in the morning before school started and Simpson joined him on many occasions. While Lush has since scaled back his own workout regimen, he expects Simpson to maintain a busy one preparing for the upcoming CFL season.

“Cortrelle was one of those guys that would be in the weight room seven days a week if he could,” Lush said. “His work ethic is unreal. Once he turned the corner academically heading into his junior year here, he was focused on getting faster and stronger and just always being mentally and physically ready to compete. He will do well in the CFL and he could get back to the NFL.”