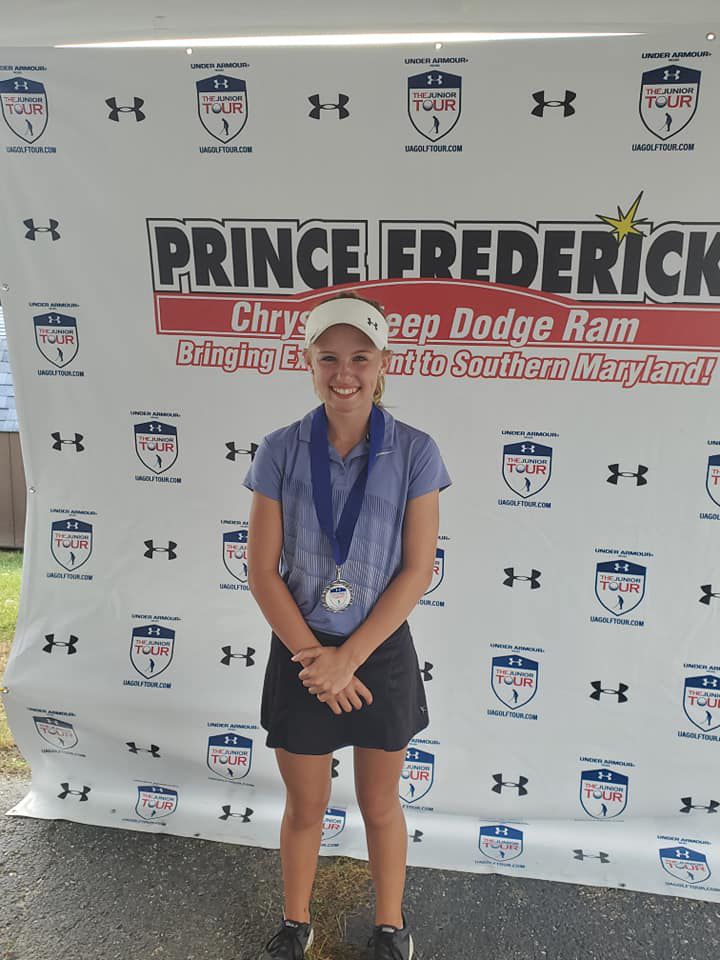 Shelby Herbert, a rising freshman at La Plata High School, was the low medalist in the 14-18 age group on Saturday at Chesapeake Hills Golf Course with a 37. 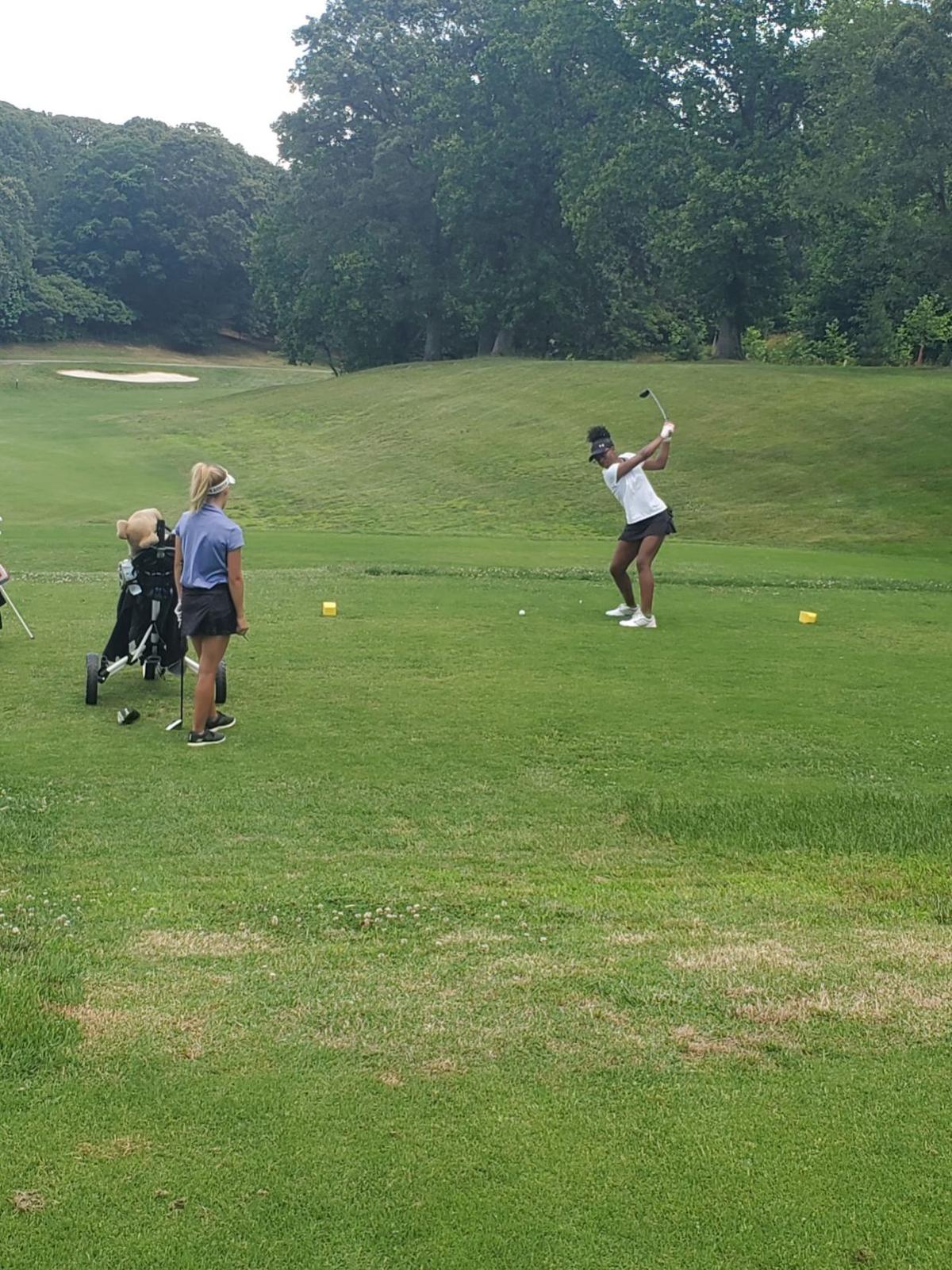 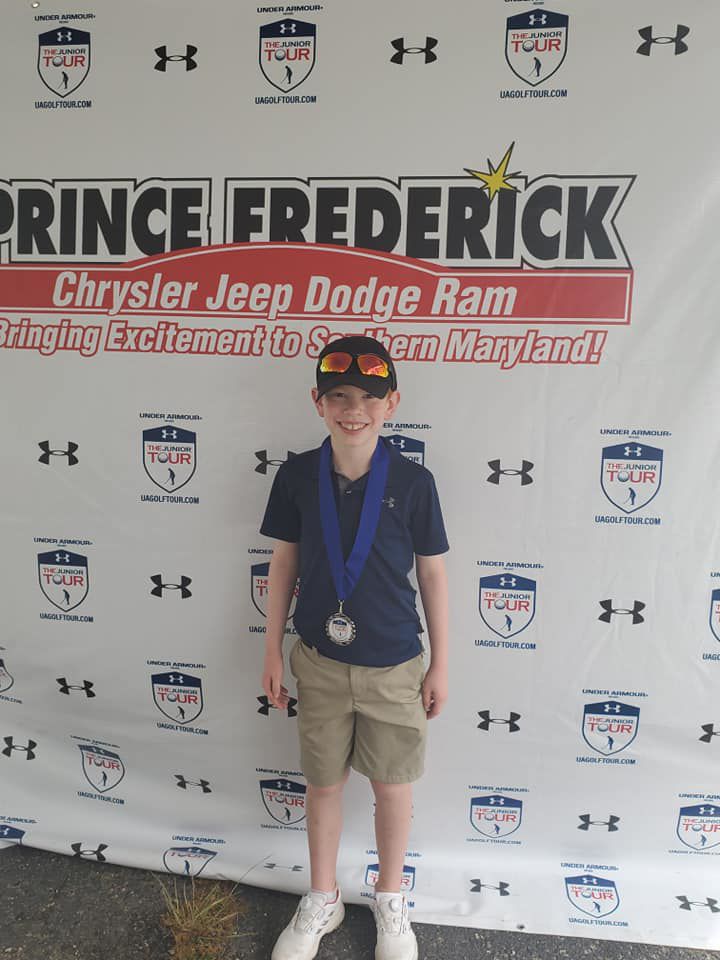 Luke Gladfelter captured the 6-9 age group medal on Saturday at Chesapeake Hills with a 39.

Shelby Herbert, a rising freshman at La Plata High School, was the low medalist in the 14-18 age group on Saturday at Chesapeake Hills Golf Course with a 37.

Luke Gladfelter captured the 6-9 age group medal on Saturday at Chesapeake Hills with a 39.

The Junior Tour powered by Under Armour has not only allowed local golfers to compete in nine-hole events, it has become so popular that Southern Maryland director Sean Bannon had filled all 72 slots available prior to Saturday’s event at Chesapeake Hills Golf Course in Lusby.

Normally contested in a two-day format consisting of a pair of independent, nine-hole rounds, Saturday was the lone day for golfers ranging from 6 to 18 years old divided into three age groups.

Bowie resident Kirsten Vanderhorst was next with a 41, followed by Connor Gallagher, a rising senior at Gonzaga College High School in Washington, D.C., who shot 44.

“The most exciting thing I find each and every week is that I see all of the kids pulling for each other,” Bannon said. “I’m super excited to see who our top 12 finishers will be in each age group. We have an extremely tight race going in each group heading into the final two rounds of play.”

Golfers from across the Southern Maryland Athletic Conference have been able to compete in the Junior Tour and the events have enabled players of all levels to work on their game. Huntingtown sixth-year head coach John McGuffin has kept close tabs on his players each weekend, half of whom are rising seniors and the other half are rising sophomores.

“The main thing is that a number of the kids who are returning this fall have been able to get out and play,” McGuffin said. “They’ve been able to play some courses that they will play this fall, like Breton Bay, which is the site of the District tournament, and Swan Point, which is La Plata’s home course. We’ll have a number of kids competing for the starting spot in August, but La Plata is still the team to beat in SMAC.”

One week earlier at Swan Point, Huntingtown’s Blake Nichols finished fourth with a 44 and rising sophomores Kapiskosky and David Wright both were just one shot back. The Tour began with Kapiskosky firing the low round of 39 at Chesapeake Hills then shot a 44 on the second day at Breton Bay.

As McGuffin suggested, La Plata, which captured the SMAC title and finished third in the Class 2A-1A state tournament at the University of Maryland in College Park, looms the favorite to repeat in the conference and contend for a state title. Not only with the Warriors have Gavin Ganter and Simpson returning, last weekend’s winner Herbert, could play a prominent role as a freshman this fall.

The Junior Tour will close with a nine-hole tournament rounds slated for 2 p.m. July 5 at Breton Bay Golf and Country Club in Leonardtown.

The top 12 juniors in each age group (6-9, 10-13 and 14-18) will be placed on an all-star team and advance to play in the national championship Aug. 7 to 9 at Walt Disney World. Individual and team national champions will be awarded. For more information, go to uagolftour.com.